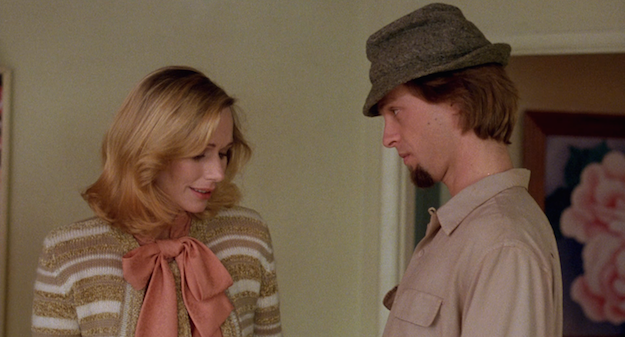 Made the year after Nashville, Welcome to L.A. plays as a smaller-scoped West Coast variation of that ensemble classic. Robert Altman, who directed Nashville, started his own production company and used this short-lived bout of movie-biz clout to give his assistant director Alan Rudolph (Mrs. Parker and the Vicious Circle) a shot at directing something other than dirt-cheap horror flicks. Rudolph showed his gratitude by making a film that echoes his mentor's style -- and borrows liberally from Altman's de facto repertory company of actors -- while showing clear evidence of his own idiosyncratic sensibility.

Much like Nashville or Altman's later Los Angeles-set Short Cuts, the multi-character Welcome to L.A. is difficult to synopsize satisfactorily. Although there are arguably characters who could be designated the leads, the film is less to do with them exactly and more to do with a pervasive feeling of romantic dissatisfaction that drives many of these men and women to stray from their wives or boyfriends or whomever in search of the next thrill or some deeper comfort or maybe just a valid reason to go back home again. "City of the One Night Stands" is the title of a song that resurfaces again and again throughout the film, recapitulating the movie's main idea for folks who might have trouble concentrating.

The song is the ostensible product of composer Carroll Barber (Keith Carradine), who returns from a self-imposed exile to England when he hears that a beloved balladeer, Eric Wood (Richard Baskin), is going to begrudgingly record a batch of Carroll's songs as his next album. (In real life, Baskin actually wrote all the songs in the movie, which makes it ironic that his character isn't too impressed with the compositions.) Carroll is a classic artist type: too smart for his own good, resentful of his rich philistine father (The Dukes of Hazzard's Denver Pyle), and stuck filling the hole in his soul with women and Southern Comfort. Lots of Southern Comfort.

In his wanderings around L.A., Carroll comes upon distraught housewife Karen Hood (Geraldine Chaplin), who deals with the sudden coldness of her husband (Harvey Keitel, with a blonde dye job) by taking random taxi rides. Carroll is drawn to Karen because... well, maybe because she is one of the rare women who refuses to fall into bed with him within moments of their meeting. By the time these two meet, we have seen Carroll seduce his dad's secretary (Love Streams' Diahnne Abbott) and the woman who rented him his current house (Sally Kellerman). He clearly has had some sort of misfired relationship with his manager (Viveca Lindfors), and he flirts unrepentantly with his dad's young photographer girlfriend (Lauren Hutton). But Karen is different. She has a longing like all these other women, but she has a depth and a spark as well. There's depression in Karen's frequent declarations that she believes she is going to die soon, but there is also a sense of play: she is emulating a tragic screen heroine, like Greta Garbo in Camille.

Meanwhile, Karen's husband Ken is busy juggling mistresses, including a young maid who thinks nothing of vacuuming topless when it gets too hot (Sissy Spacek) and Ann Goode, that realtor who had a fling with Carroll. The "musical beds" motif continues, because Ann's husband Jack (A Wedding's John Considine) is also trying to get it on with Sissy Spacek's maid. A joke is made about Los Angeles being a small town, and with the knotty connections between characters in this film, it sure looks that way.

A movie like this is essentially an acting showcase, and the whole cast acquits themselves admirably. Geraldine Chaplin is the clear standout, with a performance that is soulful and dynamic. Keith Carradine's work is comparable, but his soulfulness is too purposefully muted to pop off the screen like she does. Sally Kellerman is believably needy and broken. Harvey Keitel actually manages to make us almost forget he is Harvey Keitel in this role. Sissy Spacek is endearing and funny.

Only Richard Baskin's music, which constantly flows in and out of the film like a thematic river, doesn't quite hit the mark. Setting aside one's sonic preferences and sticking to logic, it is impossible that these wordy, hookless compositions would be big hits. Even cult songwriter-performers like Van Dyke Parks and Randy Newman know you gotta make it catchy sometimes. Baskin's arty AM Gold winds up straining credulity.

Welcome to L.A. does not look or behave like the films that director Alan Rudolph would later make in the '80s, as he carved out his distinctive niche in cinema. Yet even without all the distinctive hallmarks of his better-known films, Welcome to L.A. reveals a complicated intelligence and a powerful talent. Many critics of the film -- including our own DVD Savant -- have complained that the Los Angeles depicted onscreen is not "their" L.A. Maybe not, but Rudolph weaves such an intriguing tapestry of longing and missed connections that non-Angelenos will hardly be bothered. 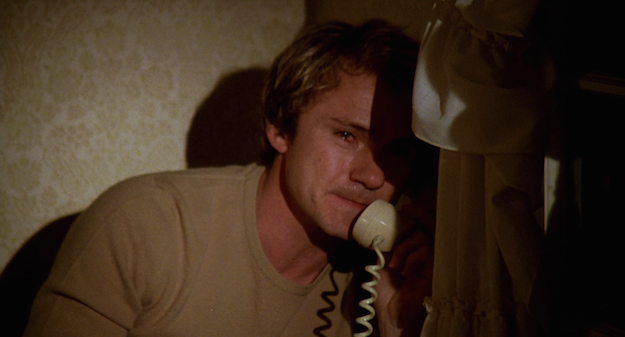 The Video:
Considering the age and relative obscurity of Welcome to L.A., this AVC-encoded 1080p 1.85:1 presentation (touted as a new transfer on the packaging) is outstanding. There are some scratches and specks throughout, but the clarity is excellent. Colors are nicely saturated even if the palette is muted overall; when Geraldine Chaplin wears a red dress, it really stands out.

The Audio:
The DTS-HD MA 2.0 stereo soundtrack is not quite as cleaned-up as the video. Certain passages are a little muffled and there's subtle hiss and intermittent crackles throughout. The mix is more inventive than your run-of-the-mill stereo treatment, with characters' dialogue sometimes panned left or right, rather than smack in the center. The ambience is rendered with similar attention to detail. The songs performed by Richard Baskin and Keith Carradine sound full. The disc offers an English subtitles option.

Special Features:
Just three trailers: one for this film, which makes it seem more insufferably navel-gazing than it is, one for the Kino's concurrent Alan Rudolph release Love at Large, and one for the Keith Carradine-starring Thieves Like Us.

Final Thoughts:
Director Alan Rudolph's rumination on love in a sprawling cityscape may not be suitable for viewers who prize plot over performances, but the ache and loneliness the film explores is undeniably touching. Highly Recommended. 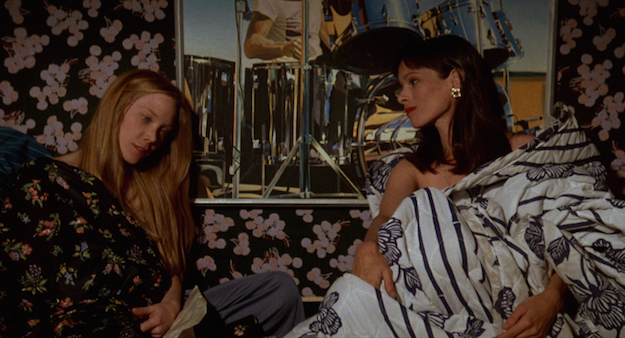