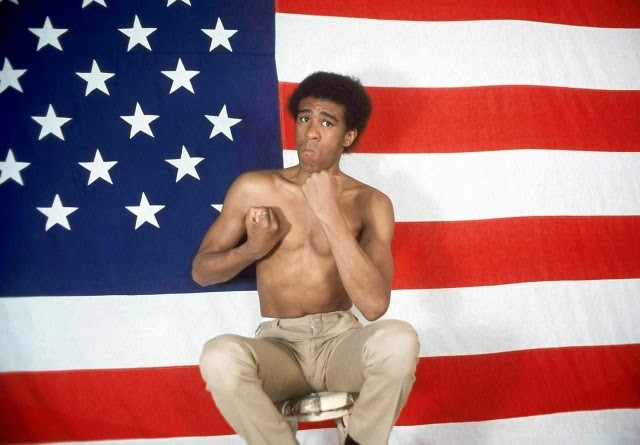 "This is not a biography of Richard Pryor," warns the opening line of Jason Bailey's new book, Richard Pryor: American Id. And, in the strictest sense of that term, this is true. American Id is a selective exploration of Pryor's work, as a stand-up comedian, as an actor, and even as a celebrity in television interviews. It eschews chronology for the most part and pinpoints themes that cropped up throughout his career. It attempts to track the development of those themes and to contextualize Pryor's often radical work within the greater American cultural landscape. While that description might make the book seem dryly academic, American Id is a fast, consistently entertaining read that not only appreciates its subject but connects some interesting dots along the way.

Now getting back to that "not a biography" thing. Richard Pryor was a comic who mined his own mindset and autobiography for material -- a rarer occurrence back in the '60s and '70s, when Pryor was breaking out -- so any discussion of his work is going to be inextricably linked to what happened to Pryor at that time. So by examining the comedy records and movies and Tonight Show appearances, Bailey ends up creating an (incomplete but) evocative portrait of the man. (Interestingly, one area he doesn't get into is Pryor's fascinatingly muddled attempt at a cinematic autobiography, Jo Jo Dancer, Your Life Is Calling.)

Bailey starts off in an unusual place, recounting what he deems "the most riveting footage of Richard Pryor," a 13-minute Youtube video in which Pryor, clearly high on cocaine, refuses to play nice with a local TV reporter and do a clean interview from the set of the film Stir Crazy. Instead, the comic perpetually cusses up a storm and lets his stream-of-consciousness lead him where it may, often to dark and angry corners of his mind. Bailey highlights a phrase Pryor uses in this interview -- "Richard Pryor would never do nothing y'all want" -- as essentially his book's thesis statement: Pryor reflected the culture, then he led the culture, then he just started cashing checks and smiling apologetically, but throughout it all he was completely free, bound only by what he wanted to do. (You can see Bailey read this opening preface in this book trailer.)

After Bailey's account of this "cry for help" interview (taped a few short months before Pryor attempted suicide by lighting himself on fire), he circles around Pryor and looks at him from a number of different angles. He uses two talk show appearances to demonstrate the difference between old-school comedians' approach to their audiences and Pryor's warmer and more open attitude. He uses recently released outtakes from Live on the Sunset Strip and a bunch of unsanctioned albums from Laff records as a gateway into understanding Pryor's relationship to his vulnerability onstage and the way he could use it as an ingratiating tool or how -- during that Sunset Strip recording -- it almost ate him alive. Bailey explores the way he took material honed in black comedy clubs and found a way to do it for white audiences without watering it down. He explores the deep cultural roots of Pryor's old man character, Mudbone.

The book closes with two sections about two powerful forces (somewhat linked) in Pryor's work and life: drugs and money. Bailey highlights the many junkie characters that Pryor has played -- in his stand-up act, in movies like Lady Sings the Blues, in a fascinating vignette from a Lily Tomlin TV special -- and the full-blooded humanity with which he invests each one of them; heroin might not have been his poison of choice, but Pryor was an addict and expressed a significant piece of his soul through these characters. And then that habit -- and the fear of going broke from it -- seemingly pushed Pryor into making a decades worth of mediocre-to-awful movies, including the unintentionally meta The Toy, in which Pryor demeans himself for a white man's money both within the story and in the real world by making the film.

American Id is well-researched and smartly argued, written in an appealing conversational tone. At a dense but concise 82 pages (not counting end notes), the book can be enjoyed in under two hours, but I wouldn't be surprised if American Id inspires readers to revisit Richard Pryor's work and then re-read Jason Bailey's analysis all over again. That was certainly my first impulse as soon as I finished.