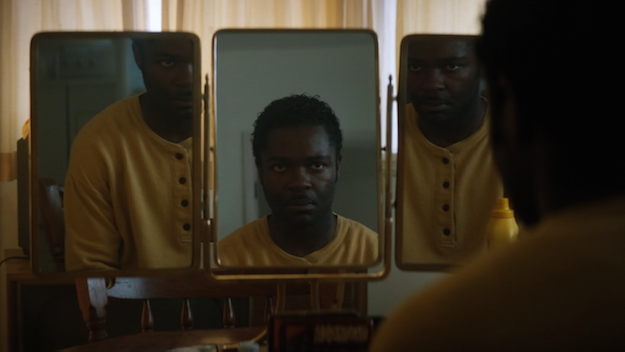 David Oyelowo has spent most of his career doing memorable work in supporting and bit roles in films as varied as The Last King of Scotland and Interstellar. His recent turn as Martin Luther King, Jr., in Selma finally gave him a big push into the public eye, so that more folks actually know his name (and have figured out how to pronounce it).

But much earlier in his career, he gave an indelible performance in a 2006 BBC film called Shoot the Messenger. In the film, he plays a well-meaning schoolteacher who is falsely accused of beating a student. He is viciously painted in the press and by his community as an anti-black racist, who just happens to be a black man. Oyelowo's character is so profoundly affected by the experience that he eventually loses his mind and actually becomes the racist he had been presumed to be. The film (which is currently streaming on Amazon Prime) is a little more conceptually satisfying than it is dramatically, except in one key aspect: Oyelowo's performance, which is highlighted by fourth-wall-breaking monologues to camera that illustrate the character's gradual mental decline. These asides are electrifying.

It is absolutely no surprise then that Oyelowo is able to command the screen as the only onscreen character (apart from some briefly glimpsed extras and a few briefly heard disembodied voices) in the new HBO-distributed film Nightingale. As solitary man Peter Snowden, Oyelowo is allowed to once again realize the step-by-step downfall of a man on the edge (although it is striking how little Peter's madness resembles that of the character from Shoot the Messenger).

At the beginning of the film, Peter has just committed a desperate act*. As he sits at his webcam and recounts what happened for a video blog audience that may or may not even exist, it is clear that Peter has yet to cope with what he did. Inevitably, the trajectory of Nightingale involves his realization of what it means to have done what he has done, even as he drifts off further into his own delusions.

Rather than face what has happened, Peter focuses his attention on an old army buddy named Edward. He keeps trying to call Edward and get him to come over for dinner, so they can catch up, but he is thwarted at every turn by Edward's wife Gloria. She seems to never relay Peter's messages, like she is trying to keep them apart. We listen to Peter talk to Gloria on the phone, but are unable to hear Gloria's voice, so we can never quite tell who is being unreasonable here. Part of us wants to side with Peter, because he is so passionate, but part of us wonders what might have gone on that this unheard woman would want to keep her husband away from Peter.

It's not too much of a stretch to presume that Peter is gay, although he won't admit it out loud. He claims in his ongoing monologue to his webcam and iPhone that he just wants to restart his friendship with Edward, but clearly he is in love with him. Maybe something happened between them years ago, or maybe Peter has just wanted there to be something more there. With only Peter's voice to guide us, we can never be totally sure.

Oyelowo's performance is fascinatingly layered thanks to the character's seeming desire to be performing at all times. Absently chewing on sugary cereal while wearing an ancient, tacky bathrobe, Peter sings like a grand diva. After coming home from a tough day at the supermarket where he works, Peter's instinct is to grab his laptop and tell his side of the story to his little camera. Even Peter's many phone conversations with his sister, who lives in another state, take on an air of theatricality. Peter is always performing, always lying -- to those around him and to himself.

It's hard to think of many actors being able to pull off this kind of performance without lapsing into mannered contrivance. Though Peter is a performer of sorts, Oyelowo stays grounded and never takes him to places that seem broad or out-of-character. The script by first-timer Frederick Mensch similarly stays away from tedious one-act-play plotting for the most part; the conclusion of the film, while still offering some mind-teasing ambiguity, is too ordinary to put a satisfying button on the film that came before it. Director Elliott Lester (Love is the Drug) stages Oyelowo's performance stylishly without too much distracting artifice.

This film is a delicate, brilliantly wrought piece of acting. It certainly makes the case that David Oyelowo needs to be headlining more films as soon as possible.

*Even though Peter describes this event at the beginning of the film so it is technically not a traditional spoiler, I'm going to follow the lead of HBO's official synopsis and refrain from talking about it here. 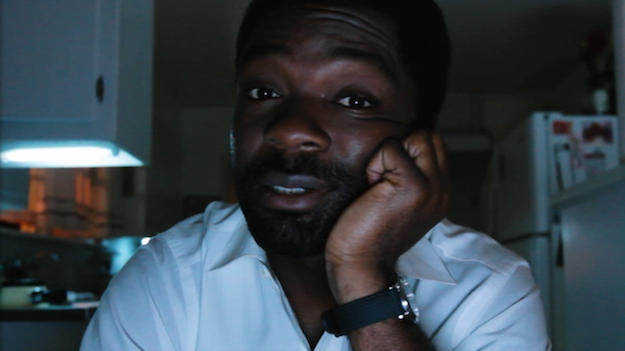 The DVD
The Nightingale DVD is accompanied by a code for a Digital HD version compatible with Ultraviolet streaming and iTunes.

The Video:
Colors are strong in this widescreen 1.78:1 presentation and the image is stable and clean, as one would expect from a new movie. Detail is good. Certain shots look a little noisy, and in the dark nighttime scenes, there are quite a few incidents of banding around light sources. For the most part, it's solid.

Final Thoughts:
Nightingale, by its construction, is intended as an acting showcase. Yet with the wrong actor in that part, it could so easily be insufferable, mannered twaddle. David Oyelowo is a tremendously gifted -- and above all, thoughtful and intelligent -- actor who makes this film a full-blooded human drama, and not just a challenging acting exercise. I'll say it again: we need him as the lead in more films. Make it happen, filmmakers! Highly Recommended. 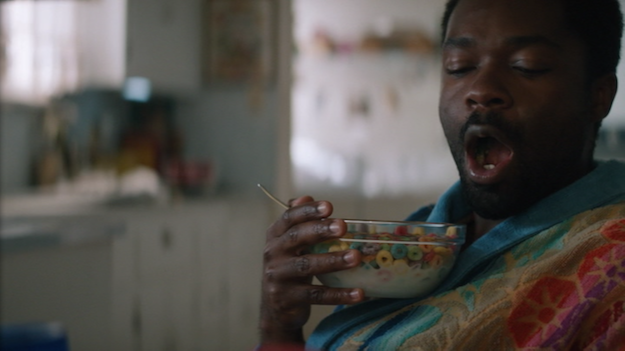