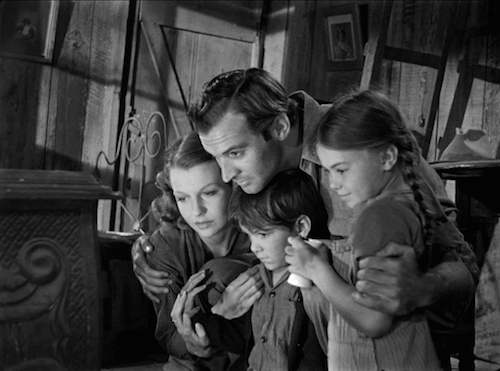 Having lapsed into the public domain long ago, Jean Renoir's 1945 American-made drama The Southerner has largely been available in muddy-looking dupes and half-assed video transfers over the years. Kino Classics' outstanding new Blu-ray comes from a great-looking new restoration by the UCLA Film and Television Archive that breathes new life into this largely forgotten entry in the French master's filmography.

Based on the novel Hold Autumn in Your Hand by Texas writer George Sessions Perry, The Southerner tells the simple but effective story of farmer Sam Tucker (Mildred Pierce's Zachary Scott), who gets fed up working someone else's land for a pittance. He decides to grab a hunk of land for himself and be his own boss. He moves his whole family -- including his wife Nona (Betty Field, of the '39 Of Mice and Men), their young kids Daisy and Jot (Jean Vanderwilt and Jay Gilpin), and their ornery Granny (Beulah Bondi) -- to a far-flung piece of rich soil upon which is a run-down house barely fit for living. Sam tries not to be discouraged by the ramshackle conditions, but it's sad when you let your family down -- especially when Granny frequently lets Sam know she has been let down.

Sam is not too proud to ask for help, however. Seeking potable water, Sam asks their neighbor Devers (J. Carrol Naish) if his family could borrow water from the well on Devers's big farm since the family's is too damaged to use. Devers doesn't like the idea of some upstart moving in near his land, but he begrudgingly allows the family use of his well. Devers's nephew Finlay (Norman Lloyd) is a devious pest who starts spying on the Tuckers now and again. His daughter Becky (Noreen Nash) clearly forms a crush on Sam, and tries to show him kindness in the face of her father's cruelty.

The film continues to drop in on various episodes in the first year of the Tuckers' life on their new farm. With no savings to keep them, it's pretty much all hardship. Fortunately for jaded viewers, the difficulties don't just play like the contrived cruelty of a screenwriter's pen; surely, poor farmers were experiencing situations like this all the time. When winter hits, Sam struggles to hunt enough food to keep all five mouths fed. It is of little surprise then that young Jot falls victim to pellagra, thanks to malnutrition, and the family has to find a way to start buying milk and vegetables to counteract the effects.

Renoir refuses to let the film become an outright bummer, both by never letting the whole family abandon hope at any point and by augmenting the main story of struggle with some silliness and joy. At one point, Sam's pal Tim (Charles Kemper), who is making a mint as a factory worker, gets into a brawl with a bartender who stole his money. Tim just starts tearing the bar apart, flinging beer bottles everywhere. (Speaking again of jaded viewership, it's a relief when this incident turns out to just be a stand-alone sequence that doesn't lead to Sam putting his family further into jeopardy by getting locked up or somesuch.) Tim also provides some comic relief later during a wedding scene, when he hides a fancy liquor bottle in a stove, only to inevitably burn his hands when he sees Granny lighting the stove.

If there are any demerits against this sweet little film, they would probably come in the acting department. Zachary Scott is a little stiff but he's likable and believable overall in his role as a low-class farmer. Betty Field (who kept reminding me of a squintier Ann Sheridan) meanwhile is too polished and smooth in her acting, which made me fall in and out of sync with her character. Beulah Bondi's performance as Granny vacillates throughout the film between outsized cartoon grouchiness and something resembling believable human behavior. None of these performances derail the film necessarily, but the actors' choices don't always mesh with the overall tone. The supporting cast is otherwise solid.

For fans of Jean Renoir, The Southerner is a warm, well-made film worth discovering. 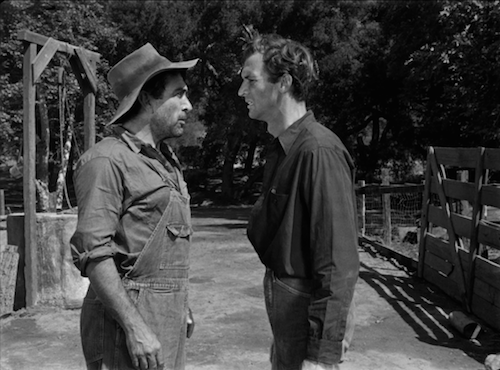 The Video:
This long-neglected film has been revitalized in this AVC-encoded 1080p 1.37:1 transfer. It's not perfect: there's still some scattered dirt and damage. For the most part, however, the image is clean and stable, with consistent film grain, strong contrast, and above-average fine detail. It's certainly miles above the commonly circulated muddy dupes of this film.

The Audio:
The LPCM 2.0 mono audio is unsurprisingly boxy, considering the age of this independent production, but all the elements come through clearly without any noticeable distortion or damage to distract. No subtitles unfortunately.

(HD, 35:47) - A WWII propaganda film directed by Jean Renoir and Garson Kanin, co-starring Burgess Meredith. Meredith is an American soldier who needs some mild convincing from a British and a French soldier that the Yanks aren't just coming in clean up the Frenchies' mess, that everyone who opposes fascism is engaged in the same battle together. A little stiff and strange, but quite an interesting watch.

Final Thoughts:
There's a tendency to assume that if you haven't heard of a film from a famous filmmaker, then it's probably a misfire. In the case of The Southerner, this is absolutely not true. This touching family drama from Jean Renoir's American period is a forgotten gem, beautifully restored and nicely supplemented. Highly Recommended. 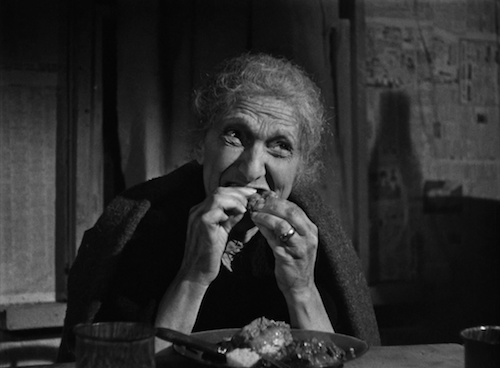