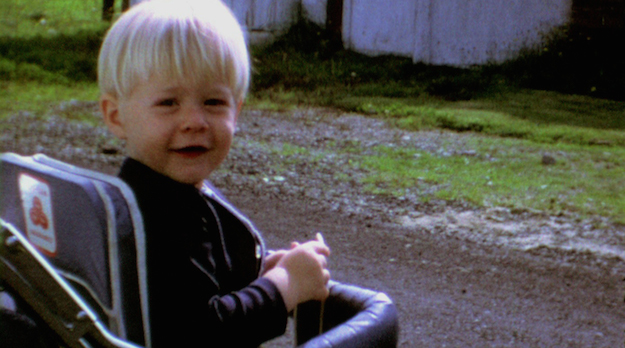 What else can be said about the short life of Kurt Cobain in 2015 that hasn't already been gone over and gone over in the countless books and thinkpieces and documentaries that have appeared in the twenty-one years since his death? The new documentary Montage of Heck (not to be confused, of course, with that other new Kurt Cobain doc) may still not be the late rock star's definitive story, but at least the film has a novel angle from which to approach its subject. Director Brett Morgen (The Kid Stays in the Picture, Chicago 10) was given access to all of Kurt's stored belongings, within which he found notebooks, artwork, home movies, and a box of cassettes that included diaristic monologues and audio collages. Morgen takes the stylistic inspiration for his documentary from those collages (one of which lends its name to the film), often using animation to bring the notebook scribbles and paintings to vivid life while sculpting a ragged portrait from the visual and aural artifacts that Kurt left behind.

The film doesn't necessarily track a conventional narrative through Kurt's life, but it sticks mainly to chronological order. That means that the film opens with vintage Super 8 home movies and new footage with Kurt's family, who give their first-ever on-camera interviews. They paint a portrait of a smart, creative kid with a bottomless need for love. When Kurt's parents split, he took it incredibly hard and started acting out. He was bounced from parent to parent and on to other relatives, like a hot potato.

Morgen makes it clear that the idea of family and having people close to you who love you was one of the key things that Kurt valued. In the second half of the film, when Kurt gets together with Courtney Love and they have a child together, it is presented as a culmination of that long-held desire. Things are complicated at that point by both Kurt and Courtney's heroin addiction, so it's hard to feel satisfied that this was a totally healthy relationship to which it was worth being dedicated.

Then again, there are a lot of things about Montage of Heck that are hard to take at face value. Buzz Osborne of the band Melvins publicly dismissed the film as "90% bullshit", and watching Montage of Heck with a critical eye, he's probably not totally off the mark. In an interview in the Blu-ray bonus features, Brett Morgen positions his film as the first Kurt biography to strip away all the outside mythologizing and to just provide an intimate portrait of what Kurt what was feeling and thinking. The problem is that Kurt seems like an awfully unreliable narrator, as do some of the people close to him who are interviewed for the film. Maybe Morgen is being quietly disingenuous and he understands that there is still a significant level of self-mythologizing going on here. His clip selection certainly seems to point to that as, for example, Kurt is quoted waffling back and forth on rock stardom, saying he wants his band Nirvana to be successful or saying that music means more to him than money, at different points in time.

Even with access to his most intimate recorded private moments, the film never successfully cracks Kurt Cobain open and lays him bare. Montage of Heck replays many now-iconic images and clips of Nirvana and augments them with a lot of fascinating footage that hasn't been seen -- music video outtakes and personally shot home video. Many of the interview segments with key friends and family are quite frank (although the absence of Nirvana drummer and leader of the Foo Fighters, Dave Grohl, is mildly offputting). And yet it all just feels like more theorizing, none of it conclusive. It leaves us with a documentary that is evocative, provocative, engaging, enervating, propulsive... but only fitfully profound. 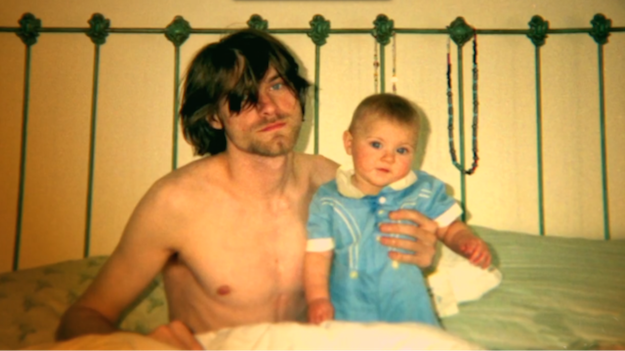 The Blu-ray
Universal sent DVD Talk a Blu-ray check disc in a white envelope, and as per our policy, I will hold off on giving a thorough video and audio review until we are sent a finished product. However, assuming that the content of the finished disc is not wildly different, I will briefly say that the video on the check disc is excellent and presents the newly-shot interviews, animation and scattered film footage crisply. The disc offers one stereo and two different surround options that are all clear and powerful. If you're a Nirvana fan, this audio presentation will give you plenty of opportunities to rock out.

(HD, 35:35 total) - These are uncut outtakes representing the first 5-15 minutes of the interviews with Kurt's mother, father, sister, and widow. It's odd for bonus material to have a specific editorial conceit like this, and not just be included on the basis of content, but nonetheless these are worthwhile clips that both offer more interesting answers from these individuals and provide a slight glimpse into the filmmaking/interview process.

Final Thoughts:
Kurt Cobain's impact on rock music and a generation of music lovers is immeasurable. The fact that the public lost him too soon has made him an icon and an enigma begging to be solved. Montage of Heck doesn't clear up the mystery, but it helps remind viewers that Kurt was always human-sized -- even as his legacy looms much larger. Recommended. 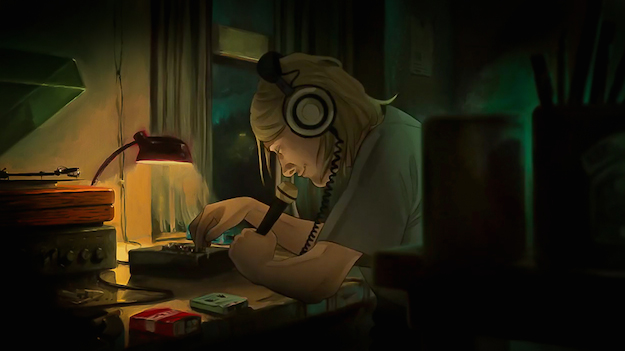