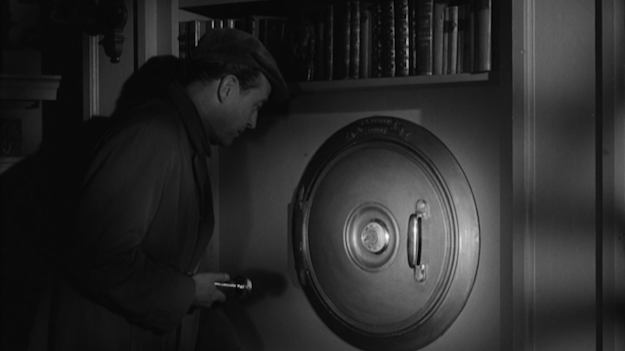 The 1958 film The Safecracker is an odd but thoroughly entertaining genre two-for-one starring Ray Milland, who also directed. What starts as a solid crime thriller about a hard-working man gone wrong makes an interesting switch around the halfway point into a war adventure that somewhat anticipates The Dirty Dozen.

The film starts off in 1938 England. Milland plays Colley Dawson, a man with good taste but a slim wallet. Dawson lives with his mother and works as a locksmith. Early in the film he has hit upon a new method of snagging business: he breaks into the security systems and safes of people who have bought from the competition. This novel approach is introduced in a nicely suspenseful opening in which we assume Dawson must be an actual burglar, but then we find out his true intentions. Soon enough, though, Dawson is convinced to put his talent toward more lucrative work. A shady antiques dealer (Brigadoon's Barry Jones) convinces Dawson to use his nimble fingers and keenly tuned ears to snag some rare items which the dealer successfully sold once and now wishes to sell again. Although his mother probably wouldn't approve, Dawson agrees.

In fact, Dawson is so eager to start living a better life that he creates a false playboy identity for himself. This way he can drive fancy cars, date starlets, and enjoy his ill-gotten gains on the weekend, all while continuing to work his low-paying straight job during the week. It's the perfect alibi, Dawson thinks, except there's a Scotland Yard inspector (Cyril Raymond) who has seen Dawson at work (his day job, that is) and begins poking around this seemingly ordinary man's life. Dawson knows he is being tracked by Scotland Yard, but that just makes him to want to outsmart the cops and pull off a big, final job. As an actor, Milland is typically at his most appealing when he is a little mad or obsessed with something, so seeing him gradually discover that he not only appreciates the material benefits of his thievery but that he also starts to become intoxicated by the act of stealing is a real treat to witness.

The second half of the film jumps ahead to 1941, a few years into England's involvement in World War II -- and a few years into Dawson's prison sentence. Our charming anti-hero is given the opportunity to become a commando on a secret mission, as yet to be disclosed, which will require his ability to open a safe quickly and without blowing the door with explosives. Dawson reluctantly agrees, since it'll free him from prison. He is thrown into training with a squad of men who eye him curiously but warm to him soon enough. Victor Maddern is memorable as a soldier called Morris who buddies up to Dawson and keeps trying to figure out why he recognizes this well-known criminal's face.

This second half throws a lot of different tones at the audience, but it mostly works. Dawson's training is played for gentle laughs (he's old and out-of-shape, see?), and when the soldiers finally parachute into Belgium in preparation for their mission, Dawson is suitably semi-inept. Once German patrols enter the picture, things get serious fast. Romance enters the mix too, as Dawson takes a shine to Irène (Jeanette Sterke), the young woman in the Belgian underground who rescues him.

The screenplay by Paul Monash (The Friends of Eddie Coyle), from a story by Rhys Davies and Bruce Thomas, is lean and effective, which is an especially neat trick, considering its unusual structure. The development of relationships might get short shrift because of the way this is basically two short movies with distinctly different casts butted up against each other, but the characterization of Dawson remains intriguingly complex even as the plot jerks him this way and that.

Many reviews of this film I've managed to scrape together online tend to dismiss Milland's work as a director, saying he doesn't handle the suspense or action adeptly, but I think this assertion is not wholly accurate. It's true that the climactic raid on German headquarters within a Belgian chateau doesn't crackle with the energy of similar scenes in the aforementioned Dirty Dozen, but Milland is actually quite good at wringing tension from understated scenes. A fine example is a sequence in which a German patrol goes to check out the farmhouse where the English soldiers are hiding, and Irène distracts them. As the German soldier goes in for a kiss, Dawson moves to come out of the shadows. His superior officer silently stops him. This moment is not covered in intense close-ups, but the conflict is still clear.

The Safecracker is a refreshing surprise. Fans of Milland will certainly enjoy his performance here, and curious explorers of unusual genre cinema will find something quite unique here as well. 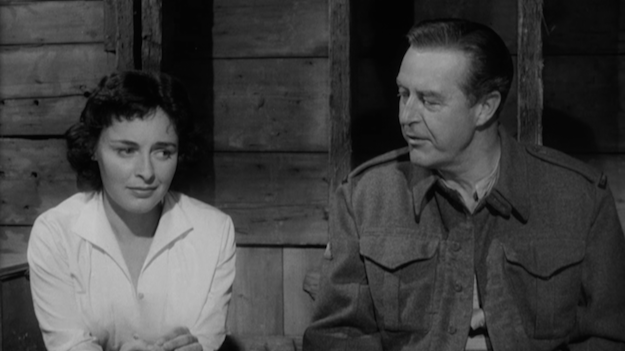 The DVD
The Safecracker comes to us as part of the Warner Archive Collection, their series of manufactured-on-demand (MOD) DVD-R releases.

The Video:
This widescreen 1.78:1 presentation* is slightly above average in the realm of MOD releases taken from old masters. There's intermittent speckling and dirt. The level of detail is inconsistent. Contrast for this black-and-white film is good, though, and there's only some occasional noticeable digital noise.

*Considering its age, 1.78:1 is obviously not this film's original aspect ratio. IMDB suggests the OAR is 1.66:1, and the framing on the DVD does not suffer in an obvious way in this 16:9 iteration.

The Audio:
The Dolby 2.0 mono audio is fine. The mix is narrow and flat, but there is little in the way of pops, crackles, or hissing. No subtitles.

Special Features:
Just a trailer, which does an admirable job of trying to sell both halves of this movie, although it leans more heavily on the war stuff.

Final Thoughts:
It's hard to think of many movies, apart from maybe From Dusk Till Dawn, that change their genre and narrative approach at the halfway mark -- and do it effectively. The Safecracker is a crime thriller/war adventure hybrid that is basically two fun short films in one. Ray Milland does particularly solid work onscreen and offscreen here. Highly Recommended. 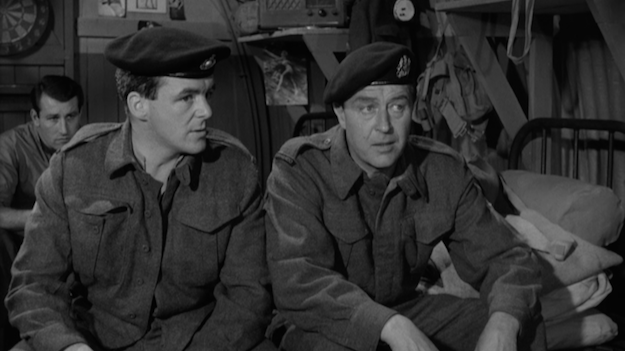