I Knew Her Well: Criterion Collection 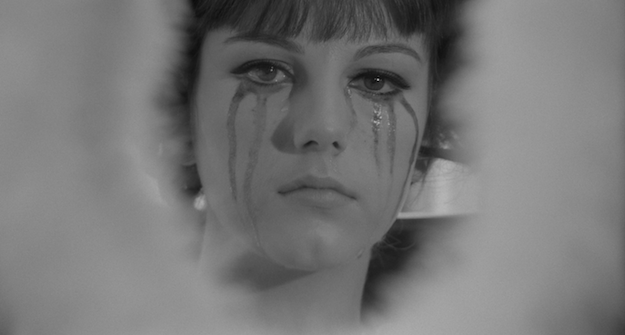 Criterion's new release of Antonio Pietrangeli's I Knew Her Well (1965), is framed -- through its supplements and the promo text on the Blu-ray case -- as a kinda sorta female-led version of La Dolce Vita. While that comparison captures the air of decadent city life tempered by the ache of existential emptiness that resurfaces quite often during I Knew Her Well, it doesn't even begin to reveal what is most fascinating about the film's fragmented impressions of a young woman named Adriana and played by The Conformist's Stefania Sandrelli. Sandrelli's performance is a subtly realized tour-de-force whose multi-faceted nature initially led me to mistakenly believe she was supposed to be playing different young women.

The script by Pietrangeli and Il Sorpasso scribes Ettore Scola and Ruggero Maccari is initially no help in clearing up this confusion either, as it consists mostly of vignettes with no real connective tissue and not always directly focused upon our protagonist. When we first meet Adriana, she is half-assedly working as a beautician and letting the boss have his way with her after hours. Then, with no signal about how much time has passed, we see Adriana with the first of many new hairstyles working as an usher at a movie theater. We see her dating some handsome, rakish young men (including A Woman Is a Woman's Jean-Claude Brialy). We see her accompanying a weaselly press agent (Nino Manfredi) to meet with a rundown publicity man who will write up a fake bio for Adriana to be placed in some showbiz mag of questionable repute.

Slowly it becomes apparent that we are examining the life and loves of a young aspiring actress, though I Knew Her Well takes no pains to clearly track all the ups and downs of Adriana's relationships or her work. Instead, we are largely left with memorable and thoughtful details. The way that the letters keep sticking on the publicity man's manual typewriter. The way that Adriana is constantly listening to 45s and how she has to give her turntable a slight kick to get the records to drop down and start. The way that Adriana chooses to dress in elaborate formal wear just to appear in an ad where only her feet will be shown -- in clunky boots! These details give us the flavor of this life and of Adriana's personality, although in perverse contradiction of the title, they don't reveal Adriana to us fully.

It's arguable that none of Adriana's lovers -- and there are many over the course of the film -- get to know her very well either (making the title not just perverse but wryly stinging). Adriana is so hungry for attention and affection that she frequently allows herself to be a blank screen projected upon by the men around her. Even the writer played by Joachim Fuchsberger, who describes a "character" for Adriana clearly based on herself, is too blinded by his own preconceptions to properly capture her essence.

Fairly late in the proceedings, the film takes a brief detour during a party scene to present the sad case of Bagini (Ugo Tognazzi), a down-on-his-luck performer who turns to his now-famous former protégé (Enrico Maria Salerno) in hopes of getting some work. The protégé humiliates the older man by having him tap dance on a table for everyone at the party, pushing him to go faster and faster and clearly pushing Bagini to the point of self-injury. Even without our main character in the room at that moment, the film's indirect assertion is clear: if she stays in this business, Adriana only has this sort of degradation to look forward to.

Pietrangeli's film is breathtakingly beautiful, sometimes bitterly funny, and sometimes bitterly sad. As smartly conceived as Pietrangeli's ideas are and as keen as his eye is, none of this would work without Sandrelli. A luminous presence, she exudes the perfect mix of youthful uncertainty and foolhardy confidence that makes the audience root for Adriana to find happiness, even as we see her soul gradually get dismantled. 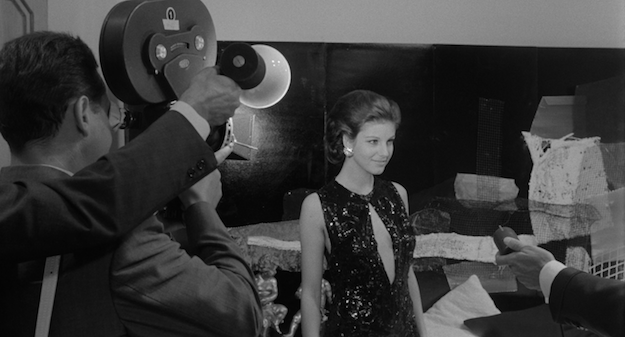 The Blu-ray
I Knew Her Well comes with fold-out liner notes written by journalist Alexander Stille.

The Video:
Another flawless visual presentation from Criterion. This AVC-encoded 1080p 1.85:1 transfer is sourced from a new 4K restoration, and the image boasts excellent clarity and contrast, with no dirt, specks, or damage to distract.

The Audio:
No complaints about the Italian LPCM mono audio (with optional English subtitles) either. Dialogue is clean and undistorted. The frequent needle drops weave nicely into the overall ambience, which can get satisfyingly intricate during certain sequences.

(HD, 9:24) - A new interview with the actress (in subtitled Italian) that focuses largely on the process of working with director Antonio Pietrangeli.

Final Thoughts:
Although the package is a little light on supplements, this film is an outstanding addition to the Criterion Collection. A young Stefania Sandrelli dazzles as a would-be actress caught up in the tragicomic machinations of both show business and romance. The oft-made comparisons to La Dolce Vita are both apt and inapt, as this feels like a wholly unique piece of cinema that stands well on its own. Highly Recommended. 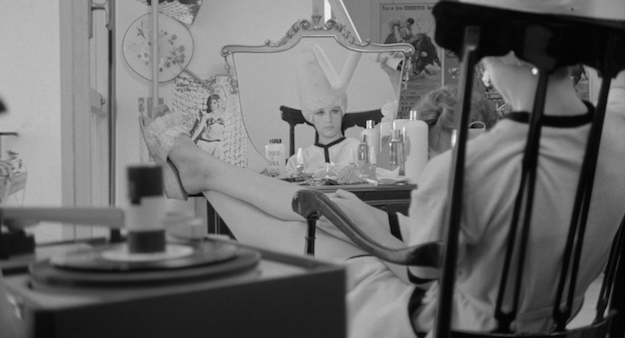