House on Carroll Street, The 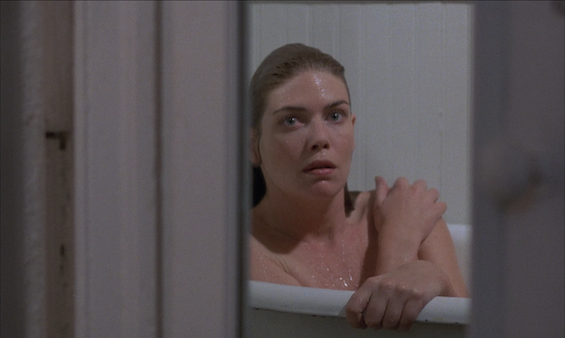 The House on Carroll Street (1988) is a political conspiracy thriller in the Hitchcock mode. Director Peter Yates (The Friends of Eddie Coyle, Bullitt) is not as adept at manipulating and maintaining tension here as Hitch typically was, but he throws in enough unexpected gasps to make this flick genuinely thrilling.

The setting is the early '50s, during the rise of McCarthyism. Our heroine, Life magazine picture editor Emily Crane (Kelly McGillis), is introduced testifying in front of the House Un-American Activities Committee for being the chair of a lefty ACLU-type organization. Emily refuses to name names to oily congressman Ray Salwen (Mandy Patinkin) and is almost immediately pushed out of her job for it. Emily ends up finding work reading to a plucky old woman whose eyesight is fading, Miss Venable (Jessica Tandy).

Little does Emily know that she also has the FBI tailing her, in the form of agents Cochran (Jeff Daniels) and Hackett (Kenneth Welsh). Little does she also know -- although she is soon to find out -- that the house directly behind Miss Venable's is the location where her nemesis, Congressman Salwen, has chosen to stash some very special German refugees. When questioned about them by a senior congressman, Salwen claims they are just medical technicians -- but why does he seem so touchy when it's suggested they might be war criminals?

The script is by formerly blacklisted writer Walter Bernstein (The Front, Fail-Safe), who no doubt has an axe to grind with HUAC. Even so, he never stoops to making the commie-hunting congressman Salwen a cartoon villain. Neither does Patinkin, who portrays Salwen as never less than upstanding, which makes him extra-creepy when he, for instance, breaks into Emily's apartment while she's still inside. And it makes his secret plans all the more horrifying when they are eventually revealed.

McGillis is a great fit for a mock-Hitchcock heroine, and not just because of her blonde locks. From the start, we buy her as strong, smart, and somewhat refined. She makes as much sense reading Emily Dickinson as she does kicking a random thug in the balls during a getaway.

She also likes to watch. Whenever Emily spies on one of these mysterious Germans -- which she does quite often actually -- McGillis might as well be a Margaret Keane painting. She is all eyes, never bothering to conceal her fascination or her desire to uncover this conspiracy. In a film where most of the characters are keeping tabs on each other, she is the only one who does it because she really wants to.

Daniels is also well-cast, as Cochran, the too-nice fed from the Midwest who becomes Emily's collaborator when no one else will believe her stories. Their inevitable romance, however, feels more like thriller formula than an organic outgrowth of the characters.

On a sequence-by-sequence basis, The House on Carroll Street is mostly a success. The North By Northwest-y chase through Grand Central Station that closes the film is strangely anti-climactic, but it's the only setpiece that falters. More problematic is the decision to reveal most of the pertinent information about the mysterious Germans to the audience early on. In suspense stories, there are certain kinds of information that make the film more tension-filled if the audience knows it and the character does not; however, knowing the secret of these Germans in advance just sucks the fun out of seeing the characters gradually solve the puzzle. It's not enough of a structural bungle to wreck the whole movie, since the performances are more of an attraction than the mystery, but it's certainly one of the key reasons why The House of Carroll Street is just good and not great. 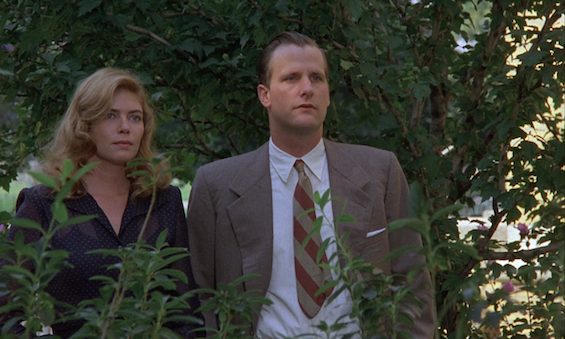 The Video:
Michael Ballhaus's cinematography is a little too pragmatic and sedate to make this AVC-encoded 1080p 1.66:1 presentation a jaw-dropper. That said, the transfer is remarkably crisp and clean, with excellent detail and what look like accurately saturated colors. I spotted a few stray compression artifacts, but for the most part, the image is free from dirt, debris, and digital interference. Film grain has not been scrubbed away.

The Audio:
The DTS-HD MA 2.0 stereo soundtrack is defect-free. Dialogue is discernible and the smattering of atmosphere comes through just fine. The old-fashioned romantic musical score by the prolific Georges Delerue is the element that sounds most robust and pleasing. No subtitles.

Final Thoughts:
The House on Carroll Street is a sturdy little thriller, with enough pulse-quickening moments and enjoyable performances to counteract its handful of narrative missteps. Also, the flick has managed to score a pretty sweet A/V upgrade on its way to Blu-ray. I say, Recommended. 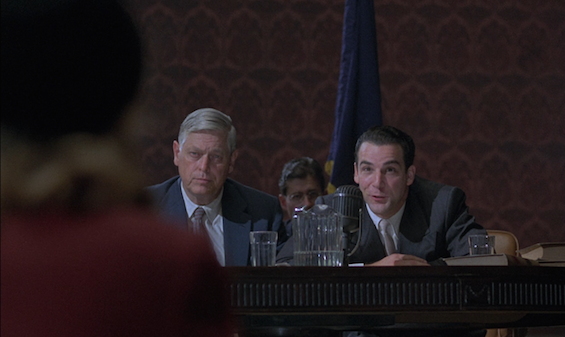