When the lauded French director Eric Rohmer unleashed The Marquise of O… in 1976, it apparently took the cineaste crowd by surprise. Theatergoers used to the auteur's quiet, modern, dialogue-driven films on relationships were unaccustomed to this arch period piece derived from a centuries-old novella. While it does deal with a relationship - albeit a strange one - Rohmer watchers greeted The Marquise of O… as a star director's trifling indulgence. Quel dommage!

Now, it's here that I must confess something: I've never seen any of Rohmer's other films before viewing Film Movement's beautiful Blu-ray edition of The Marquise of O…. Based on this one movie, I'd deduce that Rohmer is a very precise, detail-oriented director with a special affinity for getting subtle performances from his cast. At times, the film fits in with the blanket assumption that all of Rohmer's films are "like watching paint dry" (as Gene Hackman's character in 1975's Night Moves sneered), but his deliberate pacing ultimately gets used to good, atmospheric effect.

With The Marquise of O…, Rohmer contemplates the story of a woman in 1799 Italy - a fairly well-off government official's daughter, recently widowed - who comes to believe that her sudden pregnancy was some kind of miracle. While Heinrich von Kleist's 1808 source novella implies that the pregnancy may have been a hallucination on the woman's part, Rohmer's telling makes it clear that the titular Marquise, also known as Julietta (Edith Clever), actually is pregnant. While it makes the film's message more muddled than it ought to be (is Rohmer saying that dwelling upon the unknown is foolish?), viewers can still enjoy it for the stylized, entertaining romance (with touches of bone-dry comedy) that it is.

Of course, a woman doesn't just become "in the family way" out of nowhere - Rohmer frames the story beginning with an advertisement placed by the Marquise, pleading for the man who made her pregnant to make himself known at a specific place and time. We then flash back to the Marquise's home, several months earlier, when the Italian villa was being marauded by invading Russian troops. As the Marquise is frantically fleeing from the home with her children, parents, brother (Otto Sander) and staff, a sympathetic Russian Count (Bruno Ganz; Wings of Desire) appears, fending off the soldiers and escorting the distraught woman to safety. The Count's surrender is accepted by the Marquise's father (Peter Luhr), but before the Marquise can thank him, he's gone. The family later gets news that he's been killed in combat - although the Count's sudden appearance at the home, grimly determined to marry the Marquise, throws the household into a spin. In the following months, the Marquise confides in her mother (Edda Seippel) that something's amiss with her body - did the Count violate her on that eventful night?

Rohmer stages The Marquise of O…'s action in deliberately formal way, using a squared-off film format, with zero musical scoring and plainly delivered dialogue. The movie is simply gorgeous to look at, however, warmly lit and photographed (by the great Nestor Almendros, soon before Days of Heaven) in the manner of 19th century portrait painters such as Ingres. Despite the stiffness of the source material, Rohmer gets some strong performances from Clever and Ganz, who become emotional when the story calls for it. Without giving too much away, the story reveals different nuances in delightfully unexpected ways. I'd recommend it. 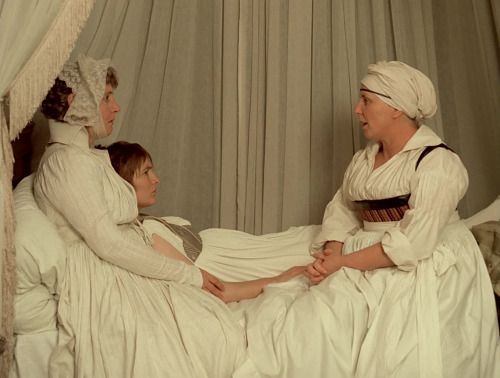 Please Note: The stills used here are taken from promotional materials and do not reflect the contents of the Blu-ray being reviewed.

Film Movement's Blu-ray edition of The Marquise of O… preserves the film's 1.33:1 original aspect ratio with a new, sensational looking digital restoration. This pristine restoration suspiciously looks a little too clean, with little film grain, yet the abundance of details and textures brings out the beauty in the cinematography. The only caveat is that the restoration seems to have a more gold-toned color palette than the original film (that's just based on my impressions from the original theatrical trailer included on this disc, however).

The film's German-language soundtrack is presented here in its original mono mix, a clean, evenly balanced track highlighting the dialogue track with no hints of hiss or distortion. The disc defaults to the optional English subtitle track. No other audio options are included.

A couple of Archival Interviews from '70s television are included - Eric Rohmer (2:07) chats about the appeal of doing a period piece, while Bruno Ganz (2:54) discusses the differences between screen and stage acting. Theatrical Trailers from the original and 2015 releases are included, along with a few trailers for other Film Movement discs. The package also comes with a nice 12-page Booklet with film stills, credits and an honest, insightful essay on the film from critic David Thomson.

Strange, moribund yet completely beguiling period drama The Marquise of O… delves into the quixotic interplay between an Italian widow and the Russian military official who may or may not have raped her. Eric Rohmer may have been sending mixed messages with this 1976 film, although the Blu-ray looks fantastic. Recommended. 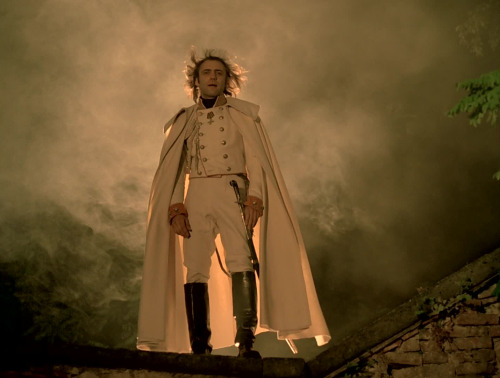