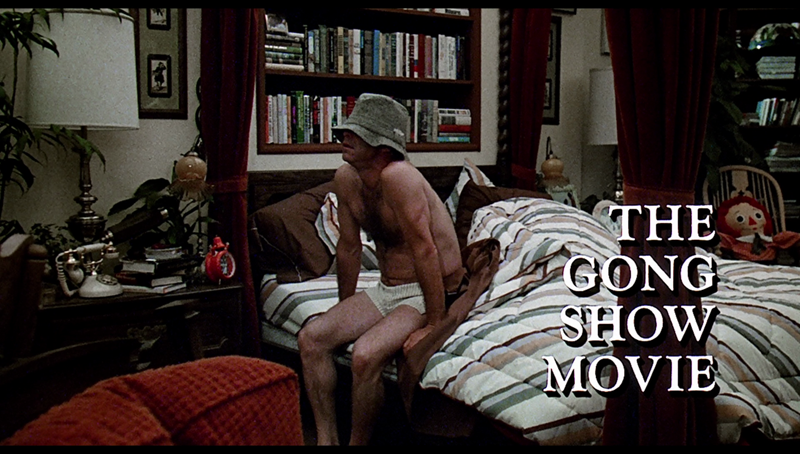 
The Movie
As enjoyable as kitsch can be, The Gong Show had an element that took some of that enjoyment away and that was the desperation factor. Sure, some of the people were there for laughs, but the sense that this was many of the contestants' one chance at fame (or infamy) often made it sad to watch (and prescient of today's reality television landscape.) That element was carried over whole into The Gong Show Movie, written by Gong Show impresario Chuck Barris and independent movie legend Robert Downey, Sr. (who also directed until Barris took the wheel.) Thanks to his television celebrity and role as the gateway to Gong Show fame, Barris (playing essentially himself) is hounded by people looking for their big break, and the work is slowly driving him insane.

The film follows Barris as he tries to deal with angel-of-ratings-death/network executive Didlo (James B. Douglas), his concerned "roommate" Red (Barris' then-real-life wife Robin Altman) and an assortment of co-workers, fans and foes, including a number of contestants and judges from The Gong Show, like the Unknown Comic and the beautiful Jaye P. Morgan. Pressure comes down on Barris from all sides, and it's affecting his health, both mental and physical. There's not a great deal of plot to the film, but there's enough of a slice of a unique life to get you from beginning to end (and that end, which culminates in a big musical number, is a hum-dinger.) 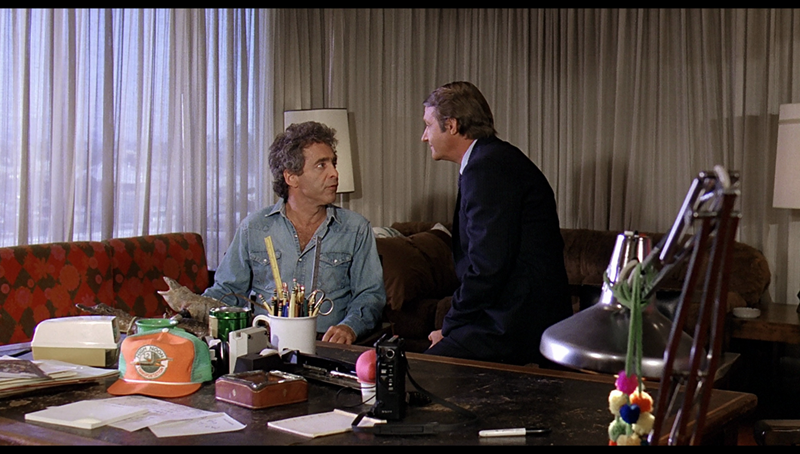 Downey's influence is easily felt in the film's construction, as the movie has three key parts: Barris' life--which looks like a movie, Barris' work--which looks like a claustrophobic documentary, and the Barris the world saw--in clips from The Gong Show. Though the way these elements are paced creates a sense of disconnected chapters, with little in terms of segues between them, that's an effective way to segment, compartmentalize and ingest Barris' life. The differing styles also serve to stylistically lend a sense of authenticity to the ironically "real" parts of the story, namely the people trying to get on the show and the people who made it. Blending them together with the dramatized life Barris lives away from the camera makes for an interesting statement on what's real in the life of a well-known celebrity.

Barris, with his gravelly voice, pulled-down hat and bemused persona, is great fun to watch, and his interactions with Altman are fantastically natural and engaging. Barris is just simply a hoot and shares great chemistry with most of the cast, be it Mabel King as his assistant or Vincent Schiavelli as a thug with a bone to pick with Barris. It's hard not to just get caught up in the way Barris and Altman chat or a touching scene he shares with Morgan. Of course, this is Barris we're talking about, so sentimentality isn't a focal point and outrageousness is in ample supply, with some crazy acts making their way in front of the camera, while some notable raunch is included, like the infamous Popsicle Twins and Morgan exposing her breasts.

Thanks in part to its origins in television history, as well as to some fortuitous casting, The Gong Show Movie is a buffet of interesting cameos (which will be lost on most of the Millennials watching), including a young Phil Hartman and Taylor Negron, Rip Taylor, football star Rosey Grier, Hill Street Blues star Ed Marinaro and Russ Meyers muse Kitten Natividad; while clips allow for the involvement of Jamie Farr, Steve Garvey, Tony Randall, The Unknown Comic, Gene Gene the Dancing Machine and many more. It's a star-spotting treat. 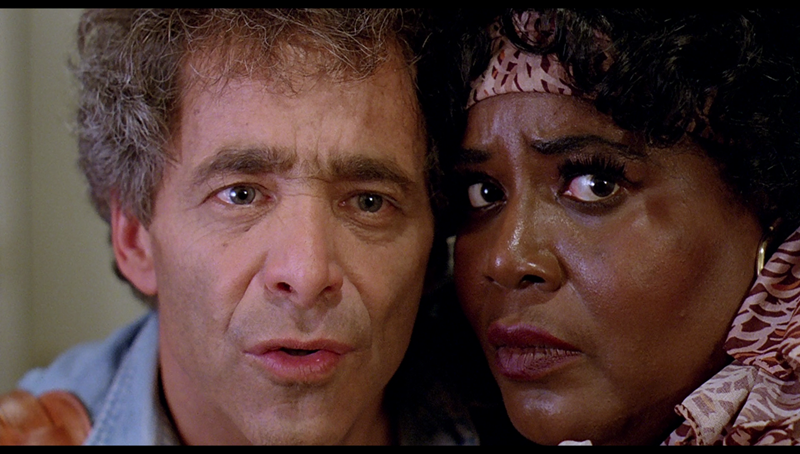 The Disc
The Gong Show Movie arrives in a standard Blu-ray keepcase, with a two-sided cover featuring some performing nuns on the inside, and sports a static menu with options to watch the film, select scenes, adjust languages and check out the extra. Subtitles are available in English.

The Quality
The 1.85:1, 1080p, AVC-encoded transfer on The Gong Show Movie pulls from three distinctly different sources, with cinematic footage, video documentary-style elements and clips from The Gong Show. Naturally, they vary in quality, with the old clips looking the worst for wear (and the fact that they've been blown up for the film), the documentary scenes looking rough but naturalistic and the rest looking rather fantastic (outside of the opening titles, which are grainy and feature a good deal of dirt and scratches.) Once things get rolling though, the core footage is remarkably sharp and detailed, with nicely saturated color and little in the way of the problems seen earlier. Digital distractions aren't an obvious concern either. Though the quality dips on the auditions and show clips, that serves as a visual delimiter between the different worlds in the film. If they looked better, they would probably lose their feel and impact.

The 2.0 DTS-HD Master Audio track (which dupes the film's 1.0 audio) is strong and clear, with crisp dialogue and effective music, whether you're talking about the unique score or the enjoyable songs (including Barris' tunes and the severely catchy finale number.) There's not much to this track, based on its age and construction, but what is there sounds quite nice.

The Extras
Just one extra to check out, but it's a good one, as pop-culture dude Russell Dyball walks you through the movie via audio commentary, calling on a wealth of research and Barris' own writings. Though the track can get to be a bit too much about Dyball (particularly at the end), he keeps it interesting, offering plenty of Gong Show history and trivia about the movie, including what happened to the cast (many of whom have passed), whether Danny DeVito is in the film and what famous people tried out for the show but didn't make it. 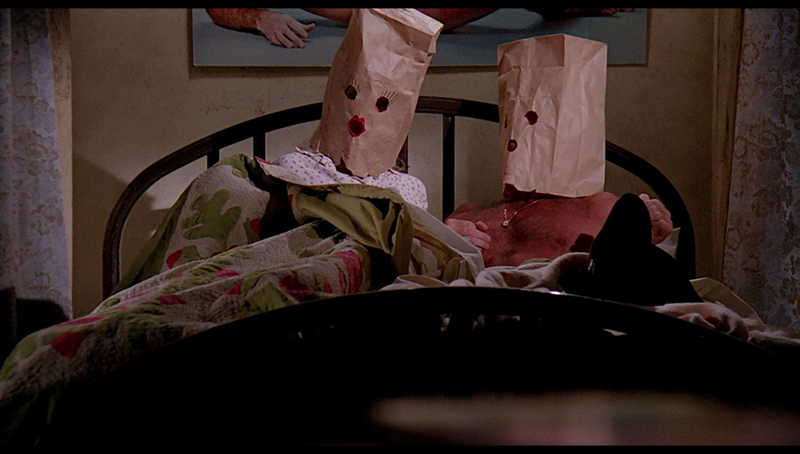 The Bottom Line
Far better than its reputation would lead you to believe, The Gong Show Movie is an odd mix of best-of, biography and meta filmmaking; a definite product of its time and consistently interesting, thanks in large part to Barris' unusual charisma. The presentation here is top notch (considering the source materials) and the one extra is a welcome one, especially to anyone without a working knowledge of Barris' most famous creation. If you like the odder things in life, give this film a look. It's worth it.