Paris Belongs to Us: Criterion Collection 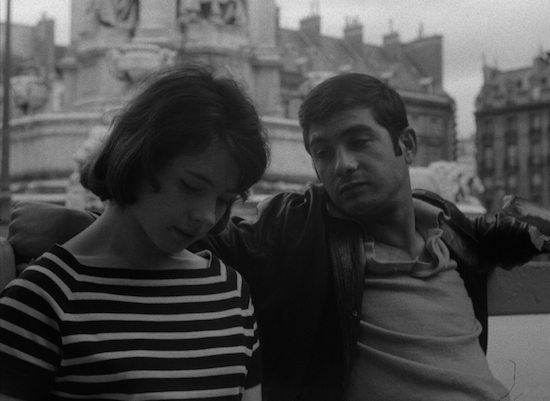 The world may have lost French auteur Jacques Rivette this past January, but American cinephiles have received some excellent opportunities to explore and revisit his work, thanks to Carlotta's new Blu-ray/DVD combo release of the long-unavailable Out 1 and now Criterion's handsome disc for Rivette's debut feature, Paris Belongs to Us (Paris nous appartient). When viewed in close proximity, these two films make oddly appropriate companions. Their approaches to storytelling and mood do not exactly match, but their thematic concerns are almost identical.

Out 1 turns Jean-Pierre Léaud into an amateur detective, looking to uncover a potentially revolutionary conspiracy among a group of Parisian artists and theater performers, and Paris Belongs to Us's lead character, a student named Anne (Betty Schneider), finds herself going down the same road. Early in the film, Anne's vaguely gangster-ish brother Pierre (François Maistre) takes her to a party where no one feels like celebrating, because their friend, a Spanish guitarist named Juan, has just committed suicide. Rumors start to circulate that maybe it wasn't actually suicide -- or maybe he was driven to it by people who believe he knows too much. Alcoholic writer Philip (Daniel Crohem), exiled in France by McCarthyism, and his ex Terry (Françoise Prévost) clearly know more than they let on; Philip hints to Anne that something is fishy about Juan's death, but then denies any such thing the next day.

Anne finds herself falling for a visionary theater director named Gerard (Giani Esposito), who wants to mount a production of Shakespeare's Pericles even though it is widely considered disjointed-verging-on-unproducible. Gerard casts Anne in the play even though she is not an actress, probably because he is falling for her too. Gerard is convinced a homemade tape of Juan's music is the missing ingredient that will help perfect his production, so Anne decides to snoop around to see if she can find that tape -- and maybe unlock the mystery of Juan's death.

The spirit of paranoia, which is an integral but relatively low-key thread throughout Out 1, is far more pronounced here. Selected moments of claustrophobic framing, complimented with high-contrast lighting, as well as an overall narrative raggedness (in tribute to Pericles?) all contribute to the film's destabilizing aura, but the clipped, coded way that characters speak to each other most directly creates the feeling that something secret is going on here. Men with talent are dropping dead, and for whatever reason, it seems like Gerard might be the next potential "suicide." Unfortunately, Anne is a less diligent detective than most movie gumshoes, which creates the nagging feeling that not only might Anne not save Gerard but that we the viewers might not even find out any sort of truth by movie's end.

I have seen a few reviews online tag Paris Belongs to Us as a failure. Based on how Rivette's career developed, I understand the impulse behind such comments, but I would not go that far. Rivette does not come out of the gate with a film as fully formed as the debuts of his Cahiers du Cinema/French New Wave brethren like Jean-Luc Godard (who has a funny bit part here as a man on the make), but the chaotic ambience and surprisingly broad scope that Rivette is attempting here is arguably much more ambitious as well.

Rivette and his co-screenwriter Jean Gruault (Jules and Jim, Love Unto Death) toy with narrative expectations, making their film's central mysteries more, not less, confusing as Anne investigates them and questions Juan's friends. Then Rivette and Gruault allow those mysteries to essentially evaporate. There's a playfulness to the writers' thwarting of expectation and, clearly nothing in the film is done out of thoughtlessness, as Rivette meticulously edited the film for nearly three years after shooting wrapped in 1958. Still, at a certain point the rambling aimlessness of the script's anti-structure tries viewers' patience. On a scene-by-scene basis, the film is never less than engaging, thanks to Rivette's restless staging and Betty Schneider's half-shy/half-impetuous lead performance, but overall it lacks the refinement of technique one can find in Rivette's work to come. 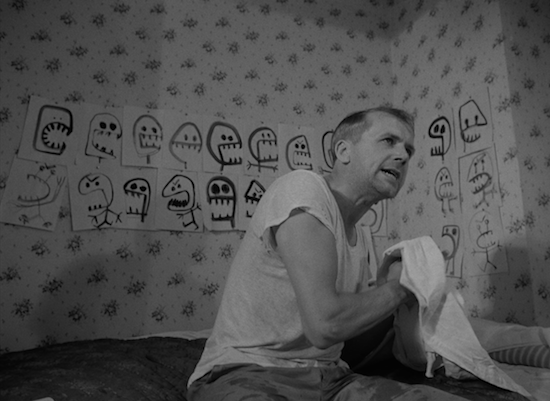 The Blu-ray
Paris Belongs to Us is packaged with a fold-out, featuring an essay by Luc Sante.

The Video:
The AVC-encoded 1080p 1.37:1 transfer is a typical top-notch restoration from Criterion. The film has some in-borne dirt and hairs from its initial shooting, but otherwise the image is clean and stable. Excellent contrast and shadow detail. Film grain is present but doesn't overwhelm. No noticeable digital compression issues.

The Audio:
The French LPCM mono audio (with optional English subtitles) is marred somewhat by a surfeit of sizzling "s"s, but this is clearly a flaw of the original recordings. The audio remaster does a good job of knocking out other extraneous noise and hiss. The dialogue is all post-dubbed, so it sounds essentially clear but is not always in sync with the onscreen mouths.

(HD, 24:48) - French New Wave scholar Neupert offers some background on the production, as well as his observations on the style of this film and how it differs from the work of Jacques Rivette's contemporaries. A fast-paced, engaging discussion.

Final Thoughts:
The oft-neglected debut of French New Wave director Jacques Rivette finally makes its American home video premiere, in all of its messy glory. In some ways, Rivette appears to be laying groundwork for his more innovative work to come, but Paris Belongs to Us is unique enough and well-crafted enough that it demands to be seen. Recommended. 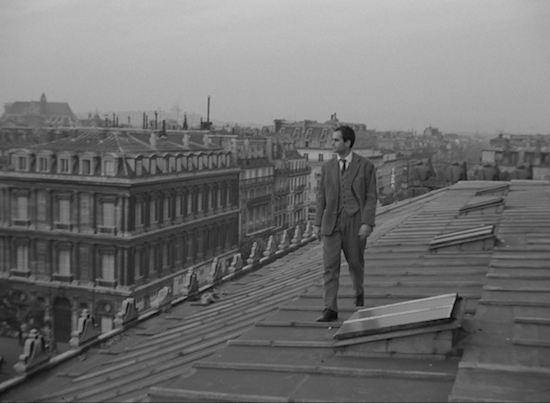