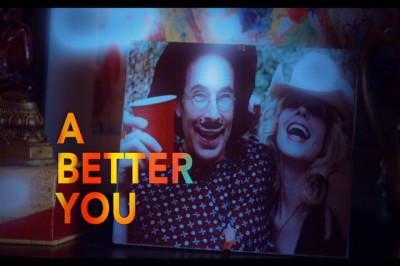 
The Movie
Personally, I've never experienced the world of therapy, but I'd like to think if I ever did, it wouldn't be in somebody's pool house. That's not the case when it comes to Dr. Ron (co-writer Brian Huskey.) Holding hypnotherapy sessions with his clients in the small structure in his backyard, Dr. Ron may have more issues than the clients he's trying to help kick bad habits, like smoking. His marriage to his wife Margo (Morgan Walsh) is falling apart (as seen in awkward couples counseling conducted by another therapist [Joe Lo Truglio]), his relationship with his kids is strained and his work could be going better, as his main client Patrick (co-writer/director Matt Walsh) is actually getting worse with the good doctor's help. And all of the above only leads to strife with his neighbors, including Joel (Andy Daly), who dislikes the effect of Dr. Ron's business on the neighborhood.

There are a few bright spots for Dr. Ron however, namely Hugo (Horatio Sanz), the day laborer he hires to repair his crumbling home, and Lindsey (Erinn Hayes), a patient who bites her nails and who shares a possible attraction with Dr. Ron. Hugo becomes a confidant and pseudo-therapist to Dr. Ron, but their connection comes with some caveats that complicate things. It also comes with the joy that Sanz brings to the role, who displays a level of depth not usually associated with the funnyman. Hayes is as advertised, though she doesn't get much of a chance to show off her considerable comedic talent here, instead playing more of a quirky girlfriend than fans of shows like Childrens Hospital would expect from her. 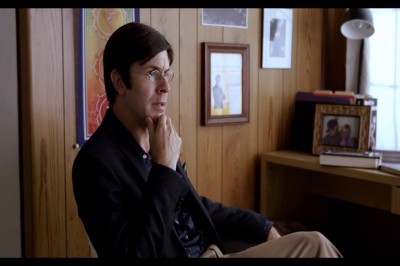 Huskey is a criminally underrated comedic actor, and though somewhat unrecognizable with hair, he's still as good as ever, playing Dr. Ron as a hapless dreamer who, though possibly good at his job, struggles with reality. He denies everything that fails to fit his own vision of a happy life, whether it's his wife's unhappiness (the scenes in therapy opposite Lo Truglio are perfection) or his effectiveness at work, but particularly his own life. As a result, there's a bit of a buffoonish angle to Dr. Ron, which gets chipped away as the walls of his self-constructed reality start tumbling down. At the same time, you can easily feel for him and his losses in life, as Huskey imbues his loser with enough humanity to make him worth cheering for (or at least just pitying.)

If you're a fan of alt comedy, particularly the world of Comedy Bang! Bang!, this film is going to be a treat, with a cast overflowing with familiar names from Scott Aukerman's baby. Besides the comedians mentioned above, Dr. Ron's clientele includes Nick Kroll, Seth Morris, Natasha Leggero, Rob Huebel, Mo Gaffney and Adam Pally, all of whom make very funny cameos, while Riki Lindhome and the always delightful Parvesh Cheena pop in to steal scenes of their own. However, despite all the comedy stars involved, A Better You is not a hilarious comedy. It's more of a humorous drama, as there's a serious story at the core, and the clash of the two opposing elements has the effect of making everything feel more real (even if Dr. Ron and his hypnotherapy tapes and books are a bit cartoony.) Divorce is hardly a funny topic, but Huskey and Walsh do their best to help us laugh through the pain. 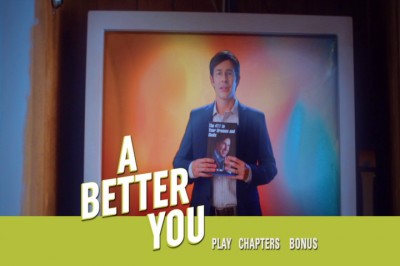 The DVD
The film arrives on one DVD, which is packed into a standard keepcase. The disc offers a animated, anamorphic widescreen menu with options to play the film, select scenes and check out the extras. There are no audio options and no subtitles, but closed captioning is included.

The Quality
The 1.85:1 anamorphic widescreen transfer is naturalistic, with soft, appropriately-saturated colors, a not-overly-sharp image and a good level of fine detail. Black levels aren't particularly deep, while there seems to be a generally cool palette in the image, resulting in skintones that are more pale than expected. There are no issues with digital distractions, but there are some inconsistencies within scenes, which look to be the result of the film's indie, low-budget origins.

The center-balanced Dolby Digital 2.0 audio does a fine job with the film's dialogue, which, for the most part, is good and easily understood, though in outdoor scenes dialogue is a touch softer than expected. Music has a sufficient weight and enjoys separation from the voices, while moments where characters are in different areas sound like they are mixed properly. There are a few moments where sound effects can be a bit aggressive, taking over the scene, but otherwise there are no major complaints here.

The Extras
The main extra is a 14:34 collection of "life hacks," presented by members of the cast and crew, which were a part of the movie's IndieGoGo fundraising effort. A few of them are pretty useful, but most, like Sanz showing how to make glasses out of beer bottles are just rubbish. Funny, but rubbish.

The other extra is the film's trailer (1:51), which seems to have a bit of footage that didn't make it into the movie. 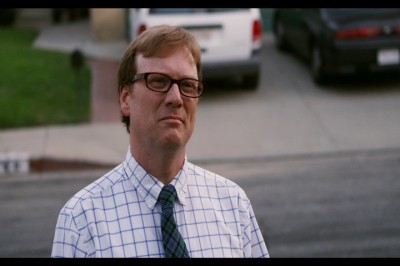 The Bottom Line
For as many hilarious people as there are in A Better You, it's not laugh-out-loud funny, but that's partially due to the subject matter, since all the participants do a good job in their roles, especially Sanz and Daly, both of whom are terrific, with Sanz offering some depth to go with his usual hilarity. The DVD looks and sounds good, and includes one entertaining extra for viewers to check out. Anyone who's enjoyed Comedy Bang! Bang! will get a kick out of A Better You, as it's packed with great comedians performing well in a solid indie film.