How to Smell a Rose

Les Blank: "What's the secret of having fun making movies?"
Richard Leacock: "I know, for me, it's trying to create the feeling of being there. It has nothing to do with Truth and this and that and the other thing... What's it like to be some place, with somebody?" 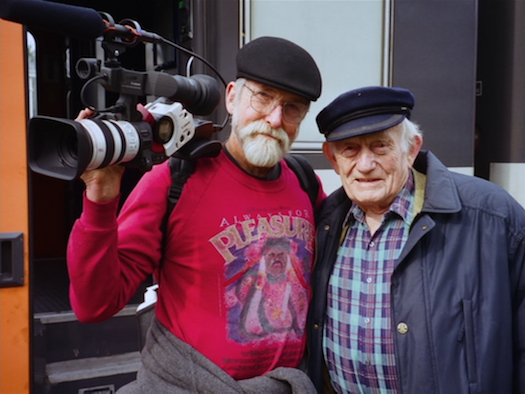 The slight but engrossing documentary How to Smell a Rose follows a brief trip to Normandy, France, taken by filmmakers Les Blank and Gina Leibrecht a little over a decade ago, to visit Richard Leacock. Leacock's work as cameraman on documentaries like Primary and Monterey Pop made him one of the key figures in 1960s "direct cinema." Blank -- whose own films (some of them recently compiled in the Always for Pleasure box set) tend to favor an unmanicured, observational approach -- uses the visit as an opportunity to chat with the eightysomething Leacock and his decades-younger girlfriend and collaborator Valerie Lalonde about their life together in France, about cooking (one of Blank's pet subjects), and about some of the highlights from Leacock's documentary filmmaking career.

Lacking a big dramatic through line, the film mostly offers the pleasure of Leacock eloquently reminiscing and riffing theories on filmmaking. These monologues are illustrated by clips from his films and broken up with trips to the market, some enticing moments of food preparation in the kitchen, and a few glimpses of Leacock in the digital editing room he has set up in his house.

Leacock often mentions how much he loves small video cameras, because of the way they allow him to capture random incidents from his daily life. At one point, Leacock shows off some footage he shot of a traffic jam caused by a motorcycle parked in the path of a bus. It doesn't mean anything, he stresses, but that doesn't make it any less fun to watch. He also talks about his disappointment working in the '50s with a stationary 100-pound camera, whose bulkiness caused him to miss all sorts of fascinating moments, like an impromptu dinner party performance of West Side Story by Leonard Bernstein and his wife.

Although Blank doesn't go intensely in-depth with Leacock, their discussion covers a fairly broad cross-section of the films he worked on. Starting his career as a teenager with a brief short about banana-growing on the Canary Islands (where his family lived at the time), Leacock then became a combat cameraman in the '40s. After the war, he shot Louisiana Story, one of the last films by the father of American documentary film, Robert J. Flaherty. Leacock notes that one of Flaherty's signature methods was to use close-ups not to get a clearer view of some detail, but to withhold visual elements surrounding the frame, as a method of building interest and anticipation in viewers.

Leacock formed a company with D.A. Pennebaker in the '60s, and we get many tantalizing clips from their work together, begging the question: When do we get a Criterion box set from these guys? One of these efforts is the short Happy Mother's Day (which apparently screened with How to Smell a Rose in theaters but is sadly missing from the DVD); it covers the aftermath of the birth of America's first quintuplets, in which the media spotlight is cast upon an unsuspecting small-town couple. Another of these docs is a look behind-the-scenes at the Barry Goldwater presidential run, Campaign Manager; Leacock points out that an unintentionally comic moment from his film was re-staged in the Robert Redford political comedy The Candidate, but the fictionalized scene seems to play it straighter than the real-life version -- so as not to strain credulity.

Leacock gets a little personal with Blank near the end of the film, discussing his decision to give up drinking after waking up with an unfamiliar whiskey bottle on the bedside table. Leacock also mentions briefly that he sees no problem in living with a younger woman like Valerie -- even if her mother is more in his age range. The old master is as forthright and warm during these discussions, as he is elsewhere discussing French cuisine.

The fact that both of these documentary giants are gone now (Leacock died in 2011; Blank, in 2013) might cause viewers to hope for a grander "statement" from either the filmmaker on-camera or the one off-camera, but the low-key charms of How to Smell a Rose remain truer to the sensibilities of both. Though sadly the audience does not get to sample any of the poule au pot prepared onscreen, we still get an excellent sense of what it was like to be in the room with Leacock and Blank. 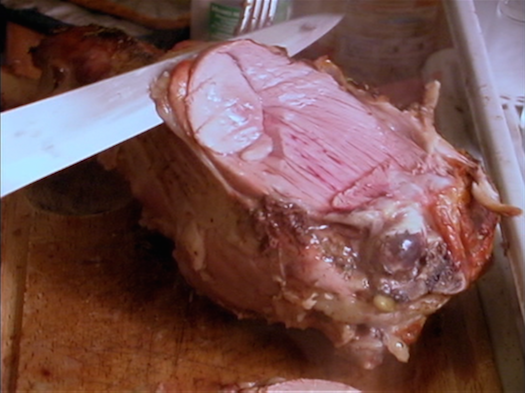 The Video & Audio:
This film was shot on miniDV of a distinctly early-'00s vintage. As such, the standard 1.33:1 video is kind of dreary and flat. Shot with available light, it also has some issues with blown-out highlights and a few tape glitches. The encode seems pretty solid though, with no noticeable compression issues compounding the format's innate limitations. The Dolby 2.0 stereo audio is functional, with no major flaws. No subtitles, but English closed captioning is included. 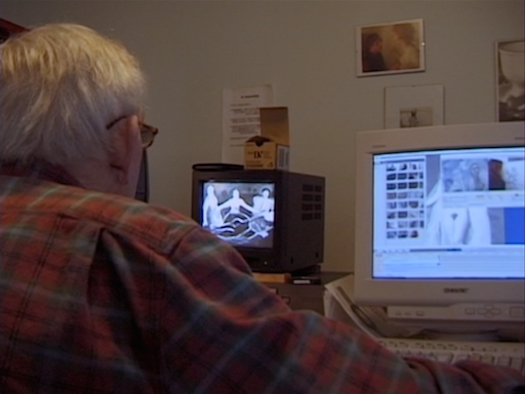