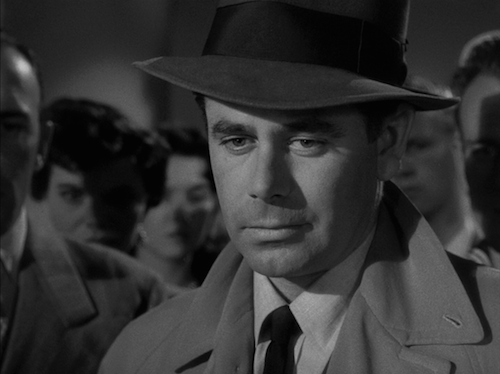 Director Fritz Lang's 1953 film noir The Big Heat gets a second limited edition release from the folks at Twilight Time. Sporting new cover art and a fuller selection of bonus features, this "Encore Edition" successfully justifies its existence, even if owners of the older edition might end up feeling slightly sore.

The Big Heat is both an outstanding entry in the film noir canon and an unusual exception that doesn't stick to the subgenre's normal "rules." Lang's M and Metropolis are key examples of the intense visual style of German Expressionism, which had a clear impact on film noir in general, but the look of The Big Heat is comparatively sedate. It's stylish, but realistic for the most part. Also, The Big Heat has an undeniable hard edge, but it lacks the fatalism and hopelessness that is the hallmark of so many noirs; the hero here is not trapped by circumstance and he is not powered by lust or greed or any of that other typical stuff.

Instead, the lead character played by Glenn Ford, Dave Bannion, is a family man and a cop out for justice. When he's sent to investigate the suicide of another officer, he smells nothing out of the ordinary. The widow, Bertha Duncan (Jeanette Nolan), claims her husband's health was failing, so it all seems fairly open and shut. That is, it seems that way until a B-Girl named Lucy Chapman (Dorothy Green) calls Bannion. Lucy claims that the late lamented Mr. Duncan was in perfect health and was prepping to divorce his wife. Granted, that might just be some hooey a guy would tell his mistress, but then Lucy Chapman is discovered on the side of a road, tortured and murdered, and suddenly the whole affair seems a whole lot less open and shut.

Bannion starts gathering tiny crumbs of evidence that reveal corruption in his own department. He also susses out that the city's big crime kingpin, Mike Lagana (Alexander Scourby), is behind the whole thing, so he goes after Lagana with the stubborn determination (and self-destructive streak) of a proto-Dirty Harry. Bannion strolls into Lagana's home while he's having a party, beats the stuffing out of the big man's bodyguard, and starts writing checks with his mouth he seems unconcerned about his ass cashing -- or the asses of his wife and daughter. The cynical part of me watched Jocelyn Brando's performance as Bannion's warm and understanding wife Katie and thought, "They're just making her great, so we'll feel sad when she gets kidnapped by Lagana in the third act." Little did I know that Lagana's retaliation was coming much faster and was going to have a much deeper impact. Some reviews spoil what Lagana does, but I think the mystery is worth maintaining, if only to preserve the kidney-punch of shock that accompanies Lang's masterful execution of the scene in question.

At this point, the investigation mutates into a crusade for revenge. I would argue that Bannion, especially as Ford plays him, never makes a complete transition to anti-heroism, but his morality certainly becomes a little warped. He ends up tangling with one of Lagana's key enforcers, Vince Stone (played by a young and electric Lee Marvin), and (sort of) befriends Vince's girl Debby Marsh (an impossibly sultry Gloria Grahame). Vince makes sure that Debby pays a gruesome price for talking to Bannion, in another indelible scene that helps illustrate why The Big Heat doesn't behave like the usual film noir. Debby, like Bannion's wife Katie, is a strong, confident character, but the film doesn't paint her as a conniving femme fatale who gets what's coming to her; instead, the film deeply sympathizes with her victimization and understands her own desire for revenge.

The Big Heat is a case of excellent material (script by Sydney Boehm, from the novel by William P. McGivern) brought to life by a cast of actors at the top of their game, overseen by a peerless formal master. In many reviews I've read, Ford's lead performance tends to get overshadowed by Grahame's frank and quirky sexuality and by Marvin's fierce animality, but all three actors are deserving of praise (not to mention Jocelyn Brando, Jeanette Nolan, Alexander Scourby...). It seems to me, especially after just watching Ford in Cowboy, that his work here is more lived-in and more three-dimensional than many of his better known Western roles. Ford's untidy take on Bannion's stubbornness and moral confusion helps underline The Big Heat's enduring appeal. I love a pessimistic, nihilistic film noir that's so hard-boiled that the characters do nothing but seethe hatred -- but that's not The Big Heat. There's a prevailing humanity here to counterbalance all the gritty inhumanity, and rather than selling out the story, it strengthens it. How's that for an unexpected twist? 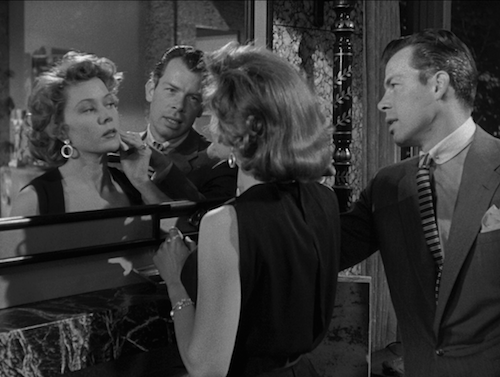 The Blu-ray
The "Encore Edition" of The Big Heat comes in a limited edition of 3000 copies. The disc is packaged with a booklet featuring an essay by Twilight Time's Julie Kirgo.

The Video:
I was not one of the lucky so-and-so's who nabbed one of the initial Twilight Time Blu-rays of this flick, so I can't personally vouch for how similar this AVC-encoded 1080p 1.33:1 transfer is to the last batch, but it certainly can't be a step down. This transfer is a knockout. Clean and stable, with excellent fine detail reproduction and subtle contrast. Maybe a vague whisper of noise in a few moments, but nothing to wring your hands about.

The Audio:
The DTS-HD MA mono audio is terrific as well, with no perceivable damage or distortion and a surprisingly full sound for a non-stereo/non-surround mix. The disc offers an English SDH track.

- A fairly loose commentary session with the TT crew, but a thoughtful and informative sit-down even so. The focus falls frequently on the cast members, who are all held up for praise, especially Lee Marvin. A small argument also breaks out over whether this film is superior to Lang's acclaimed German work.


Final Thoughts:
For folks who already have the previous Twilight Time edition of The Big Heat, I don't suspect a double-dip is necessary. The new bonuses are certainly appreciated, but the analysis they provide is not game-changing. For folks who missed out the first time, however, this is too attractive a package to pass up. A searing classic from one of cinema's storytelling masters, beautifully restored and nicely supplemented. Highly Recommended. 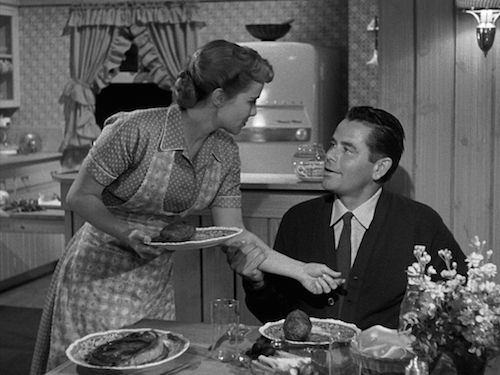