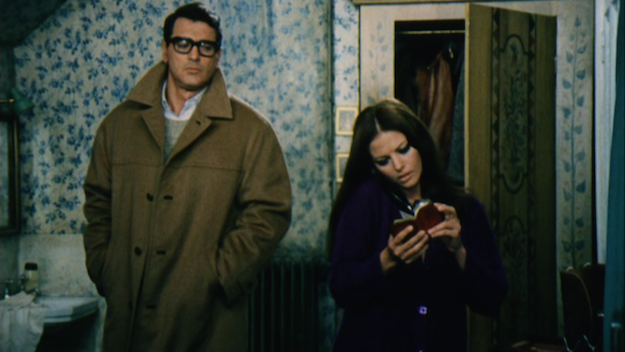 Rock Hudson and Claudia Cardinale are the unlikely couple at the center of the romantic caper comedy, A Fine Pair (1968). He's an older straight-arrow cop and she's a younger free-spirited jewel thief. Director Francesco Maselli tells their story with a light enough touch that we go along with it -- a necessity, it turns out, since this flick is pretty much implausible from start to finish.

Things start off well enough, with Cardinale's impish Esmeralda tracking down Hudson's excessively by-the-book Mike at police headquarters in New York and threatening to murder him with a squirt gun. You see, Mike came to Italy a little over a decade ago to work on a case with Esmeralda's cop dad, and the little lass got a crush on the square-jawed American. Now that Esmeralda's all grown up and in a legal pickle, she decides to tap her old crush for some help. She is in possession of some hot jewelry purloined from a castle in Austria. Esmeralda initially claims the jewels were stolen by a friend, before coming (mostly) clean to Mike about being the culprit.

Learning that the powerful family who owns that castle are away for a week, Mike decides they should go to Austria, break in, and return the jewels before anyone is the wiser. Esmeralda immediately agrees, which makes the whole thing seem fishy. Not to Mike, for some reason... but there would be no movie without this ludicrous plan, so we must kick the can of disbelief further down the road and see where we end up.

As one might expect, next comes planning and pulling off the heist. It turns out the castle is protected by an elaborate alarm system (although practically, it just looks like a bunch of car antennas), so buttoned-down cop Mike must transform into ace burglar Mike. He uses his New York cop cred to get into the castle and scope out the system. It turns out that the supposedly state-of-the-art equipment fails to detect intruders at extremely hot and cold temperatures, so Mike decides to synthesize a mixture (apparently he's a chemist too!) that will overheat the boiler and push the temperature up to make the castle an oven. This leads to an over-the-top cheesecake scene, in which Cardinale strips down to her underwear because she is too hot, and then Hudson sprays her with seltzer bottles to cool her down. Because that's what you do when you're robbing a castle.

Sparks fly, as they tend to do when men and women rob castles together, and Esmeralda must choose between a life of crime or a life spent loving this handsome but reserved American. For his part, Hudson is a little more convincing being cold and stand-offish than when he is supposed to be head-over-heels in love, but Cardinale is a strong enough con woman, both working within the story and working on the audience, that we go along with the notion that this cop is the kind of guy for whom you would throw away a globetrotting life of mystery.

All in all, the flick is a predictable soufflé, but not one you'll feel too guilty indulging in. 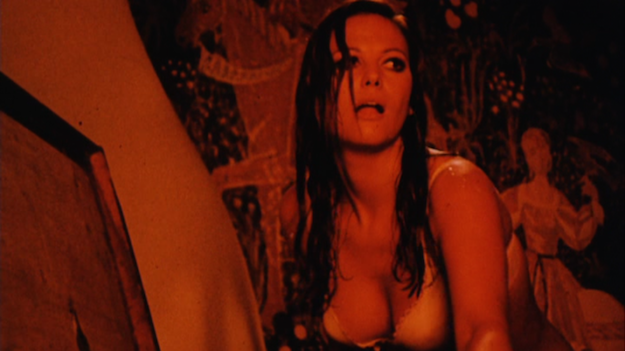 The DVD
A Fine Pair arrives on manufactured-on-demand (MOD) DVD-R as part of the Warner Archive Collection.

The Video:
The widescreen 1.78:1 transfer seems to be taken from a film copy that was printed a bit too dark. The entire film looks extra contrast-y and many of the night-time shots are confusing to make out. I'm assuming that the production was not so low-budget that they couldn't afford some kind of fill lighting (ha ha), so it's gotta be the print. Detail is a touch soft, but the color is pretty strong and there's relatively little film damage. No distracting digital compression noise either.

The Audio:
The Dolby 2.0 mono is good but unremarkable. Unsurprisingly with an Italian production, there's a lot of post-dubbed dialogue, but some of it is accurate enough that it could have been captured on location. Ennio Morricone provides an eclectic score that offer swinging jazzy moods, romantic themes, and some Swingle Singers-style vocalizing. No subtitles.

Special Features:
Just primo Claudia Cardinale. No trailer or anything like that.

Final Thoughts:
Silly fun. Good humor and effervescent charm keep this romantic caper from getting bogged down by its ludicrous plot. Recommended. 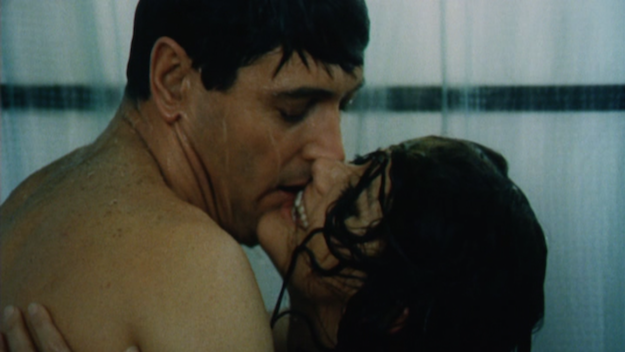