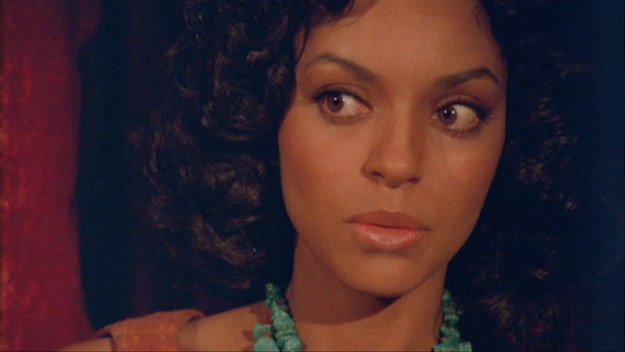 The little-known 1972 film Melinda is a blaxploitation gem that is part romantic drama, part revenge story, part mystery, and even part afro-chopsocky flick. It has an interesting pedigree too, coming from the first black men to be nominated for Academy Awards in film editing and screenwriting. After getting the nomination for cutting Midnight Cowboy, Hugh A. Robertson reportedly made a deal that he would go on to edit Shaft for MGM on the condition that they would give him a film to direct afterward. Playwright Lonne Elder III wrote the script, which is tonally quite different from his adaptation of Sounder, the family drama which got him his Oscar nom and which was released in theaters only a month after Melinda.

The hero of this funky little flick is strutting radio DJ Frankie J. Parker (Uptown Saturday Night's Calvin Lockhart), whose first line of dialogue -- spoken into a mirror, but really spoken at us -- is, "I hate to say this, but I am such a pretty motherfucker. Hahaha... YEAH!" It's an immediate indicator that the character is a larger-than-life badass -- or at least, he thinks he is. In the next scene, Frankie talks tough to his instructor in a karate class and gets his ass handed to him. By the way, that instructor is played by Enter the Dragon's Jim Kelly, so Frankie clearly didn't have a chance. Frankie may be a black belt, but he is not Black Belt Jones.

The first third of Melinda takes its time getting to the point, but the shagginess is mostly quite entertaining. We see Frankie get bedazzled by the titular female, Melinda (Vonetta McGee, of Blacula and Hammer), at a night club, so he duly attempts to woo her. Their back-and-forth isn't exactly Hepburn and Tracy, but it has a flavorful snap. "Is there anything you haven't been or done?" Melinda asks Frankie. He replies flatly, "I haven't made love to you." She looks at him a moment, then says, "Yes, you have." She lets it sit a second, before adding, "In your dre-e-e-eams."

Eventually Frankie wins her over, and they spend the next two days enjoying each other's company. Frankie falls so hard for Melinda that he thinks he'll put aside his playboy tendencies and become a committed man. A few of Frankie's friends doubt the match, including Terry Davis (Rosalind Cash, of Amazing Grace and The Omega Man), a bitter former flame, and Tank Roberts (Rockne Tarkington), a football player-turned-entrepreneur who might just want some of Melinda for himself.

Everything changes, however, when Frankie comes home after two days with Melinda and finds her brutally murdered in his bed. The cops have no other suspects besides Frankie, even though his apartment was clearly trashed, as though somebody was looking for something. Frankie decides to track down the men responsible for Melinda's murder, both out of revenge and to clear his name. Frankie cuts down a series of thugs, pushers, and hitmen -- most of them white guys, funnily enough -- until he nails down the identity of the top banana, played with tanned and toothy malevolence by The Mask's Paul Stevens.

Watching Melinda, you can feel the filmmakers trying to offer a more rounded story than one would find in the typical low-budget genre offering of the era. It works to a certain degree, as all of the characters in the film are more fleshed-out and believable than in, say, the recently reissued Sheba, Baby. On the other hand, the film could afford to be a little leaner and meaner. If the flick lost fifteen or twenty minutes off the nearly two-hour running time, I don't think very much vital character and plot info would be sacrificed. Plus, the film is at its best when it taps into Calvin Lockhart's live-wire energy, tossing bad guys through tables or spitting colorful epithets with righteous anger. But the filmmakers seem unsure how bold (and, sure, cartoony) they want to make Frankie; arguably, if they had had the confidence to keep Frankie's character turned up to a 10 at all times, he might have become an icon. 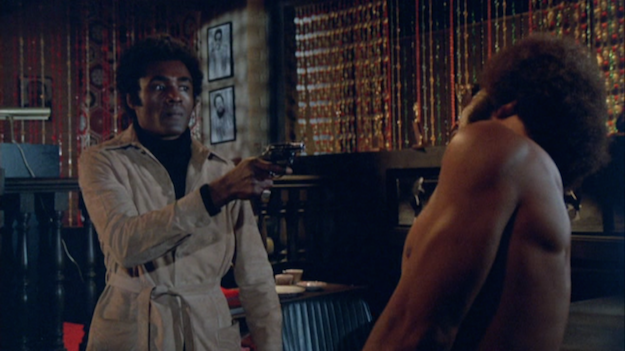 The DVD
Melinda is presented on a manufactured-on-demand DVD-R, as part of the Warner Archive Collection.

The Video:
Considering how hit-and-miss these DVD-R releases can be, this widescreen 1.78:1 presentation is totally satisfying. Not much damage visible on the film elements. Colors are nicely saturated. Black levels are typically strong, although a few scattered shots look a little milky. Certain shots are extra-grainy, with attendant digital noise, but that's about it for digital flaws.

The Audio:
Apart from certain inborn limitations of the '70s sound mix, this Dolby 2.0 mono audio track is also wholly satisfying. Dialogue is clear. Effects, like gunshots and punches, are powerful without overdoing it. The song score by R&B pros Jerry Butler and Jerry Peters has a nice, rounded sound. No subtitles.

Final Thoughts:
For fans of '70s blaxploitation, this is a must-see. Great performances and assured writing and direction make this a cut above typical grindhouse fare. In fact, if you tend to find '70s genre flicks to be cheesy and uninspired, I challenge you to give Melinda a shot. I think you'll be pleasantly surprised. Highly Recommended. 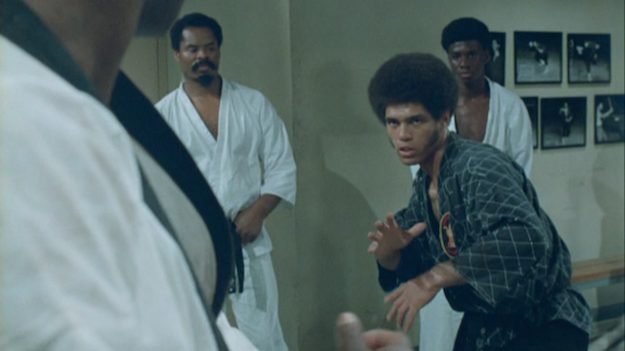