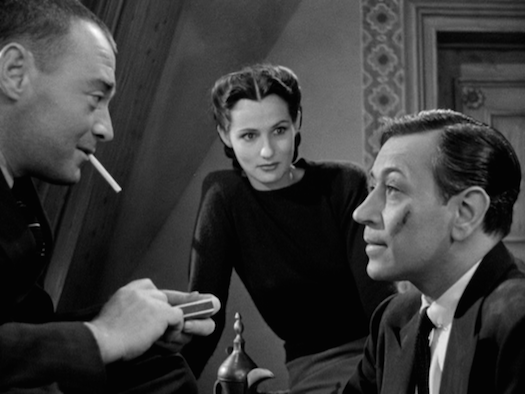 Despite its dime-a-dozen title, the 1943 World War II picture Background to Danger is an above-average, terrifically exciting spy thriller headlined by George Raft (of the 1932 Scarface). Director Raoul Walsh (White Heat) keeps the action tense and lean, even as the plot zig-zags and doubles back over itself.

It all begins when Raft's character, industrial salesman Joe Barton, decides to share a train car with an attractive woman named Ana (Osa Massen). During their trip from Syria to Turkey, Ana asks Joe to hold an envelope she says contains securities that she is afraid will be confiscated by the police. Joe agrees but discovers the envelope actually contains some sort of attack plans, written in Russian. When he goes to meet up with Ana after they arrive in Turkey, he finds her dead in her hotel room. He also finds himself being pursued by a small handful of thugs whose affiliation he can only guess at.

One of Background to Danger's many strengths is the way that it holds off for quite a long time on revealing which characters are on which side. Is the dark, mustachioed, trenchcoat-wearing Igor (Daniel Ocko), who is always seen lurking in Joe's vicinity, an operative for the Nazis? What about Peter Lorre's character, Nikolai, who burst into the dead woman's apartment shortly after Joe? He claims to be a Russian agent, working with his sister Tamara (Brenda Marshall), but who's to say they are actually even family? And which side was Ana, the dead woman, working for?

The one character whose intentions are entirely clear is Colonel Robinson, the film's main heavy, played by the rotund Sydney Greenstreet (get it? heavy?). Robinson has been sent by Berlin to fabricate an incident that will cause Turkey to switch its stance from neutrality to support for the Nazi cause. He needs those Russian attack plans, even though they are probably forgeries, so he can get them published in the Turkish papers and make the Russian side look bad.

The plot gets much more knotted up from there, but, thanks to the great performances, it never wears out one's patience. George Raft exudes a James Bond-level of imperturbability and humor, even when his character is confronted with certain death. Lorre is amusingly cool here as well, injecting Nikolai with an air of naturalism rarely associated with this typically more theatrical actor. Greenstreet, however, plays up his character's haughty theatricality, often subjecting his would-be victims to lengthy monologues when he would probably be more successful just shooting first and babbling later. Brenda Marshall brings a nice mix of standoffishness and subtle seductiveness to her performance as Lorre's sister, and Turhan Bey has a fun turn as a local Turkish sidekick for Raft in the second half of the film.

When the credits roll, Background to Danger leaves the lingering impression that it's a little too lightweight to be a capital-G Great Film. Even so, it's well-made enough to be a really, really, really entertaining one. 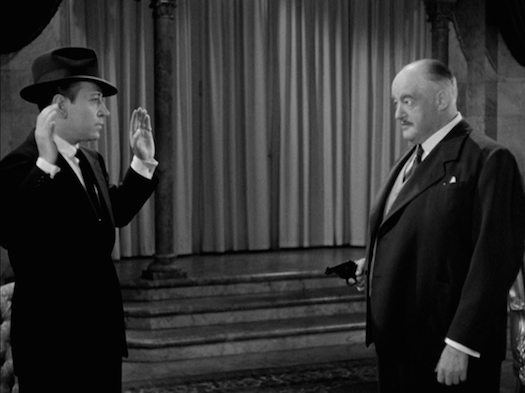 The DVD
Background to Danger is available as part of the Warner Archive Collection of manufactured-on-demand (MOD) DVD-Rs.

The Video:
Much like the Peter Lorre-featuring Stranger on the Third Floor, which I just reviewed, this standard 1.33:1 presentation is fundamentally a strong transfer only really hampered by the fact that there was no digital touch-up done to deal with the dirt, specks, and few instances of print damage. In fact, I would give this film a slight advantage, just because the flaws are less distracting in this context. The blacks are rich, the contrast is well-articulated, and there are no noticeable digital compression hiccups to interfere.

The Audio:
The Dolby 2.0 mono audio works well enough for most of the film, although certain passages sound slightly distorted or too sharp and trebly. It doesn't interfere with the understandability of the dialogue at any point, but it's not a strictly pristine reproduction. No subtitles. 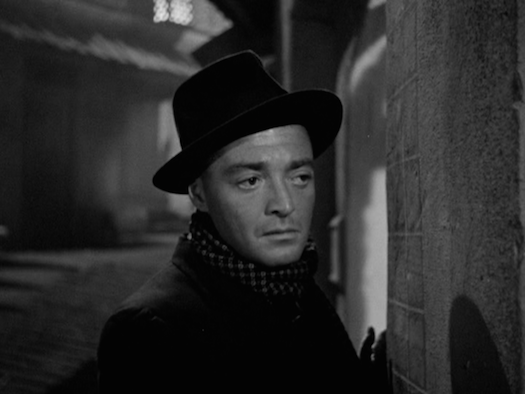