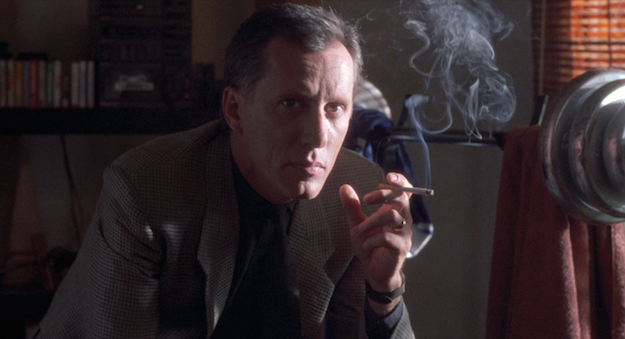 Adapted from Blood on the Moon by James Ellroy (L.A. Confidential), the 1988 mystery flick Cop stars James Woods as Lloyd Hopkins, a hyper-competent maverick policeman of the sort frequently featured on '80s movie screens. Hopkins is on the trail of a serial killer, in a story that occasionally recalls Dirty Harry, spiced up with some unexpected humor and a dash of unsettling slasher-flick gore. However, despite its familiar aspects -- and its generic title -- Cop is actually far better than the average police procedural, thanks to the solid, unpretentious craftsmanship of writer-director James B. Harris (The Bedford Incident) and Woods's unmistakable personal stamp on the lead character.

One of the most remarkable things about Cop is the way that, now and again, it allows its hero to just sit and think. Early in the film, Hopkins follows a tip that leads him to the bedroom of a dead girl, her body dangling from the ceiling and her guts splattered all over. After reacting in disgust and calling it in to the precinct, Hopkins begins gently poking around the victim's possessions, looking for clues. The movie doesn't rush through this moment, allowing Hopkins to study what is before him and pause to take it in. Unlike a similar scene in, say, a Sherlock Holmes film, the character is not doing astonishing mental gymnastics around these clues; he's just thinking about them. Luckily, James Woods has the kind of innate intensity that a viewer doesn't mind pausing to see the gears in his head turn.

Of course, Hopkins is not just a man who sits and thinks; he can be a man of action at the drop of a hat. When a suspect in a robbery case pulls a gun on his buddy Dutch (Charles Durning), Hopkins shoots the guy dead and makes a play for the stiff's date before the smoke clears. Since Dutch is further up the department food chain, Hopkins depends on him to smooth things over with the higher-ups. Dutch's interference is particularly necessary since their born-again captain (Raymond J. Barry) does not particularly like Hopkins. This dislike also makes the captain resistant to Hopkins's theory that the disemboweled dangling girl is just the most recent in a string of serial killings stretching back fifteen years.

Forced to pursue this case on his own, the obsessed Hopkins runs down any possible lead he can find. One thread of the case leads him to a drug-dealing deputy with a taste for bondage (Hill Street Blues' Charles Haid), while another leads him to attractive feminist bookstore owner Kathleen McCarthy (Lesley Ann Warren), who agrees to go out with him. In the film's most blatant exposition dump, Kathleen describes how an anonymous admirer has been sending her love poems sporadically for fifteen years. Clearly this is going to tie into the case, but Harris and Woods contrive an entertaining diversion while this story is told: the camera is kept in a two-shot, favoring Woods, as his character quietly zones out but tries to appear like he is still interested. It's an oddly masterful piece of acting, because never once does Woods overdo it for the camera. He even glances at his watch at one point, but it's so instinctive and subtle that we buy that Lesley Ann Warren's character isn't picking up on his distraction.

While Cop stumbles sporadically along the way, especially in a handful of flat scenes regarding Hopkins's relationships with women, the only section of the film that really sticks out tonally is the final confrontation between Hopkins and the killer. I don't know if this sequence is taken straight from Ellroy's book or not, but I was reminded of the conclusion of L.A. Confidential, since in both films, a thoughtful crime story is bizarrely capped off with an ill-fitting, prolonged shoot-out. I mean, imagine if The Silence of the Lambs had just ended with Clarice and Buffalo Bill shooting at each other for five minutes. It doesn't quite seem right, does it?

That said, the actual final shot of Cop is so concise and satisfying that it would probably be iconic by now, if more people had already seen the movie. With this Blu-ray reissue, the flick gets another deserved shot at audience acceptance -- and, who knows, maybe even immortality. 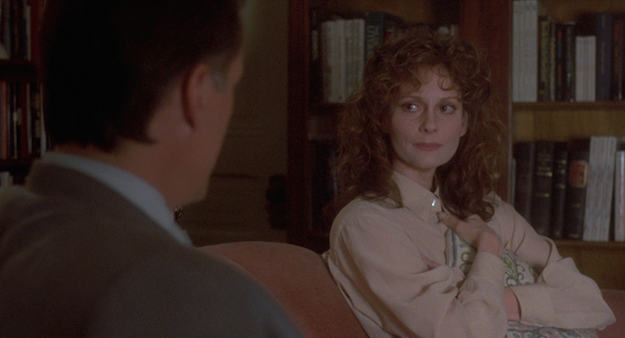 The Video:
Though it shows some signs of age, the AVC-encoded 1080p 1.85:1 presentation is solid. Colors are sedate but not bland. Big chunks of grain add to the gritty, streetwise flavor of the film. Detail fluctuates, but is crisp for the most part.

The Audio:
The DTS-HD MA 2.0 mono audio sounds a little dated and limited, but it gets the job done. Dialogue is clear and understandable. Decent ambience and effects. The score by Michel Colombier mixes orchestral cues with synth textures and wailing sax solos, just in case you forgot the movie was made in 1988. The disc offers optional English subtitles.

- Moderated by American Grindhouse director Elijah Drenner, this commentary track is rarely screen-specific, but it's also rarely boring. Harris talks about Cop, but also about his whole career, focusing a fair amount on the three films he produced for Stanley Kubrick and why he foolishly bailed on Dr. Strangelove. 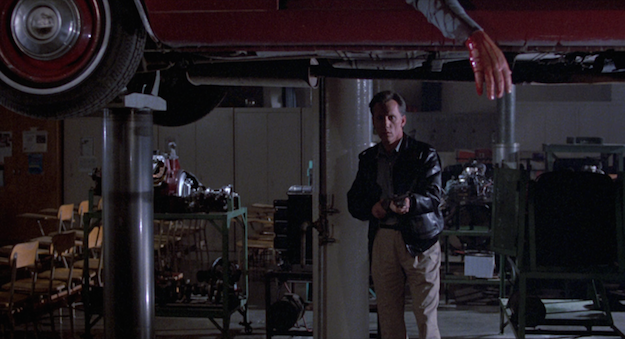