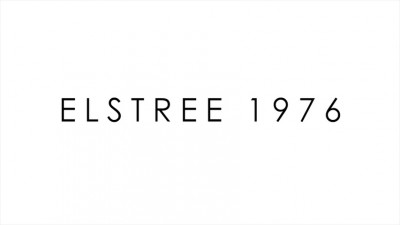 
The Movie
In my memorabilia collection, I have a photo of David Prowse, both in and out of his Darth Vader costume, and it's signed "David Prowse is Darth Vader". I got this when I was a child (how, I'm not entirely sure) but it's the main reason I know, to this day, who the guy in the helmet was, when all the fame of playing Darth went to James Earl Jones, the man behind that iconic voice. So I understand the value of making sure that fans know who played the aliens and helmeted miscellania in Star Wars. There's a lot of people who most fans would never recognize, who played a large part in their childhoods and ongoing fandom. Those are the people introduced in director Jon Spira's Elstree 1976 (named for the place and time of the production of the first Star Wars film.)

Utilizing the film's classic Kenner action figures as a way of illustrating the recognizability of the characters the actors portrayed, and short, stylish recreations of what it was like to be on set as a non-featured actor, the film establishes the world of the mostly-unrecognized Star Wars actor, focusing on 10 of them, whether they were under a helmet portraying a major character like Darth Vader or Boba Fett, under a mask playing a featured alien like Greedo or just in the background. From there, the film is all about telling these people's stories, be it a positive memory of being a part of a major pop-culture moment or a bittersweet brush with fame. You get to know what life was like before Star Wars, how they got their parts, the experience of shooting the film and what happened after the movie. 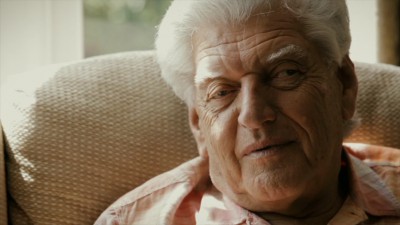 The result is a very personal film, focused on these people, rather than being a Star Wars documentary (though there are a number of behind-the-scenes bits from the production portion of the film.) While their stories all have varying degrees of interest, the film hits a peak when it explores the world of fan conventions, which have given these overlooked performers a new chance at recognition. This also introduces the opportunity for new drama, as the performers have been separated into different strata, by fans and amongst themselves, based on screentime and lines. Even on the fringes, there are still smaller fringes. It's here where the somewhat darker (or perhaps sadder) corners of "fame" are touched upon, as some with little claim to being a part of this universe try to grasp a bit of stardom and personal worth.

While the stories of the people profiled in Elstree 1976, including Prowse, Jeremy Bulloch (Boba Fett), Paul Bruce (Greedo), Garrick Hagon (Biggs) and Angus MacInnes (Gold Leader), are well worth hearing, the construction of this documentary did them, nor the viewer, no favors. It's easy to lose interest as the film meanders through their tales, which are told in blocks, first going through their pre-Star Wars lives, then their castings, and so on. With 10 subjects, the structure becomes unwieldy, and there's little flow to the narrative. Though there are gems here and there in the anecdotes, including a story of a rather helpful George Lucas, it just becomes a slog to get through everyone's memories, and it's a lot to ask to care about the personal lives of all these people (which is what the film becomes at points.) Some selective paring back on the participants and better pacing would result in a far more engaging experience. 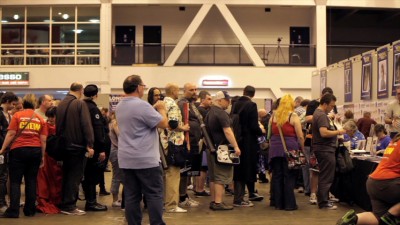 The DVD
Elstree 1976 arrives on one DVD, which is packed into a standard-width keepcase. The disc offer a static, anamorphic widescreen menu with options to play the film, select scenes and adjust the setup. Audio options include English Dolby Digital 5.1 and 2.0 tracks,while subtitles are available in English SDH.

The Quality
The anamorphic widescreen transfer pulls together new interview and transitional footage, clips from the films (which are presented in a unique, but distracting, repeated jog loop style) and a variety of old footage. It all looks quite good, with the new footage obviously coming off the best, with a clean, sharp image, appropriate color and a nice level of fine detail, while the archival footage offers no real problems other than the age of the material. The disc shows no issues with digital distractions, making for a pleasing viewing experience.

The Dolby Digital 5.1 track makes itself known mainly in how it pumps up the film's electronica-tinged score, which utilizes the surrounds and some presence in the low-end to fill in the sound a bit. Otherwise, it's a standard documentary presentation, with clear, distortion-free dialogue coming right down the middle.

The Extras
Surprisingly, there are none to be had here. They were apparently saved for the Blu-ray version. 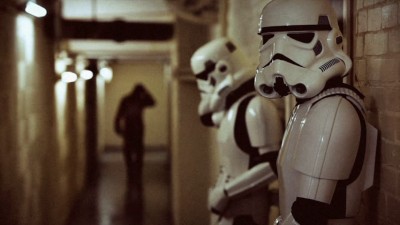 The Bottom Line
While it's a great idea to tell the stories of the actors who were a part of one of the biggest films ever, yet wouldn't be recognized for it, the way it was done here just doesn't work, despite some nice artistic touches in the production. And while the film looks and sounds good on this disc, there are no extras to extend the experience and enhance the value. Only die-hard Star Wars fans will want to spend the time to meet these people, while those interested in editing can think about how the whole thing could be improved.