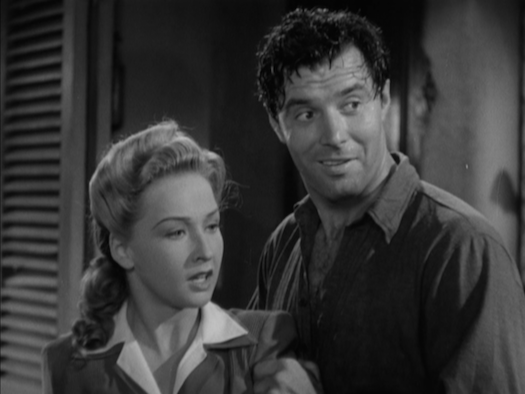 Two convicts manage to escape from The Rock, only to end up smack dab in the middle of a Nazi spy plot, in the excellent 1942 propaganda programmer Seven Miles from Alcatraz. Director Edward Dmytryk (Murder, My Sweet) keeps the story brisk and exciting, even if a few instances of on-the-nose patriotic dialogue cause Joseph Krumgold's script to occasionally come off a little stilted.

James Craig and Frank Jenks play a couple of racketeers, Champ and Jimbo, who bust out of Alcatraz now that wartime conditions -- including the newly added possibility of getting bombed -- have made life in the island prison intolerable. They manage to swim all the way to a secluded lighthouse, occupied by an old sea captain (George Cleveland), his feisty daughter Anne (former Nancy Drew actress Bonita Granville), a bland pretty-boy sailor (Erford Gage), and a goofy handyman (Cliff Edwards, the voice of Jiminy Cricket). Champ and Jimbo predictably have some trouble keeping their new hostages in line, but little do they know that one of them is a Nazi spy who is supposed to rendez-vous with some important baddies this very night.

Despite its simple premise and relatively limited scope -- the action sticks to the lighthouse for almost three-quarters of the film's 62-minute runtime -- Seven Miles from Alcatraz does a great job of gradually adding unexpected wrinkles to its plot and its characters as it zips along. Clearly, from scene one, the intended thematic arc of the flick is for Champ and Jimbo to turn from a couple of guys who are pointedly indifferent to their country into a pair of red-blooded American patriots. But smartly, the film doesn't make their change of heart swift or straightforward; in fact, when a trio of Nazis show up at the lighthouse -- headed by John Banner, who looks much trimmer than during his later run on Hogan's Heroes -- Champ and Jimbo seriously ponder making a deal with the Germans if it means getting away scot-free.

It all wraps up with the captain trying to send a Morse code message to the shore using the lamp in the lighthouse, while Champ trades blows with the Nazis on the spiral staircase up to the light switch. It's a climax that could have been lifted out of a classic adventure serial, but it's undeniably exciting.

Seven Miles from Alcatraz essentially offers a field day for character actors, with each member of the small ensemble getting their own little memorable moments. Frank Jenks comes off particularly well as the likable lowlife with a natural knack for cracking codes. Meanwhile, James Craig and Bonita Granville generate some palpable heat together, but their lovey-dovey subplot is the least convincing aspect of the flick. 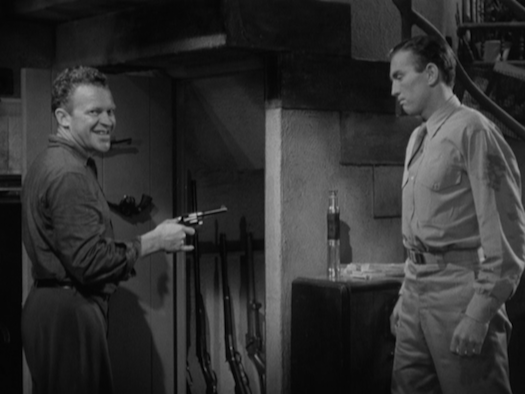 The DVD
Seven Miles from Alcatraz comes as a manufactured-on-demand (MOD) DVD-R, as part of the Warner Archive Collection.

The Video:
The film print used for the standard 1.33:1 transfer is a little beaten up, but it's not too bad. The contrast is nuanced, with excellent shadow detail during the outdoor night-time shots. Otherwise, detail is pretty good for SD and only some sporadic digital noise and artifacting is noticeable.

The Audio:
The Dolby 2.0 mono audio is similarly solid. Apart from the expected limitations due to the age and budget of this flick, there are no significant flaws or damage to distract the ear. No subtitles. 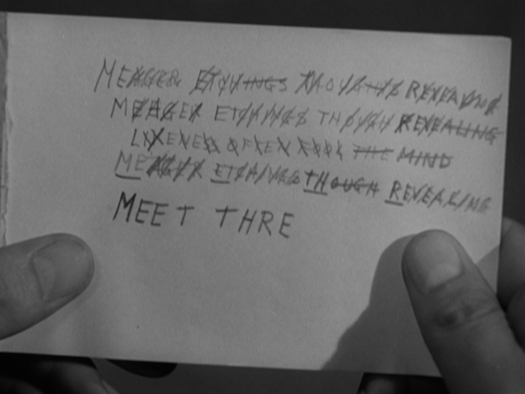