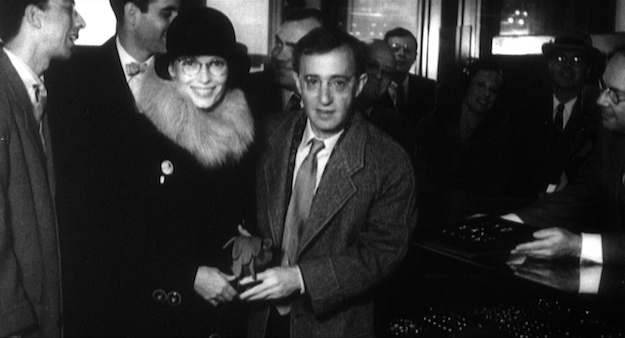 I honestly think Zelig might have spoiled me for mockumentaries. Apart from a handful of greats (like This is Spinal Tap, naturally), too few mock-docs take the care that Woody Allen and cinematographer Gordon Willis took with this 1983 film to make it look and sound and feel like a real documentary through and through, and not a loose parody or lazy knock-off. Allen doesn't just throw a "scratchy film" effect over some hand-held footage and call it a day; this is probably the most thoughtful aping of vintage documentary style and '20s newsreel photography since the News on the March segment in Citizen Kane. Allen's story is almost entirely told through fake vintage stills and newspaper clippings, as well as meticulously staged silent and sound newsreels, that seamlessly blend with real-deal images captured in the '20s and '30s. It's a jaw-dropping technical achievement.

Sounds hilarious, right? Well, you skeptics, it is, thanks in no small part to the nearly wall-to-wall PBS-style narration. You see, the narration conceit allows Allen to indulge his gift for one-liners while placing them in the mouth of the extremely serious-sounding narrator, Patrick Horgan. When describing the parents of our main character, Leonard Zelig, Horgan ominously intones, "They punish him often by locking him in a dark closet. When they get really angry, they get into the closet with him."

As he later would in Sweet and Lowdown, Allen firmly places his fantasy in the midst of the real world by including talking-head footage with real intellectual luminaries, like Susan Sontag, Saul Bellow, and Bruno Bettelheim, who discuss the impact Zelig had on the general American public. Zelig spawns novelty songs, dance crazes, and more than a handful of scandals. The intellectuals also try to give meaning to the Zelig phenomenon -- for example, is he the ultimate symbol of Jewish assimilation? -- but the movie seems to shrug off allegory in favor of more one-liners and sight gags.

Allen also continues playing with the distinction between real life and fiction by including present-day interview material with the silver-haired Dr. Eudora Fletcher (played by Ellen Garrison). Dr. Fletcher is Leonard Zelig's psychiatrist, who tries to understand his condition and possibly cure him of it. In the fake-vintage footage, the glass-ceiling-shattering Dr. Fletcher is played by Mia Farrow, so unsurprisingly the film becomes as much about Zelig's wooing of Dr. Fletcher as it is about his potential recovery.

Although it runs a brief 80 minutes, the film starts to drag a bit in its second half. After Dr. Fletcher seemingly cures Leonard of his need to be like everyone he sees, they both become celebrity sensations. This leads to inevitable public backlash, and a few more outlandish adventures for Zelig the chameleon on a global scale. It's not an uninspired conclusion to Allen's engaging premise, but it doesn't have the same immediate appeal of the initial doctor-patient story.

Nonetheless, Zelig stands as one of Woody Allen's most surprising and unusual films, a singular accomplishment that doesn't typically stand out and announce itself within the context of his vast filmography. (Yes yes, Zelig does tend to blend in.) However, it is a movie most definitely worth seeking out. 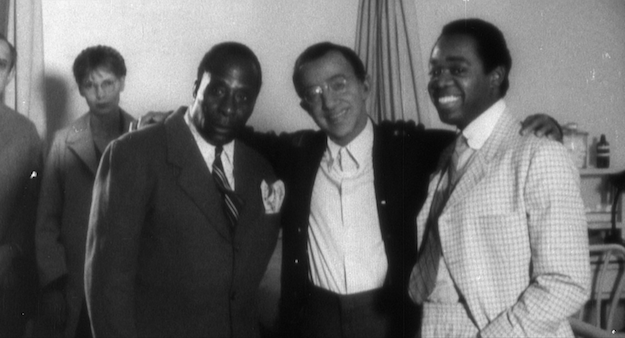 The Blu-ray
Zelig comes in a limited edition of 3000 copies. The disc is accompanied by a booklet featuring a liner note essay by Twilight Time's Julie Kirgo.

The Video & Audio:
Now, this is the tricky part. By design, the AVC-encoded 1080p 1.85:1 image and DTS-HD MA mono audio fluctuate in quality throughout. With its blend of real old footage and new "old" footage, the picture is constantly augmented by scratches, dirt, and other debris, in varying intensities. Similarly, the soundbites that are supposed to originate from the Jazz Age have a tinny, anemic quality with a built-in crackle. The "present day" footage looks and sounds more typical of what viewers might expect, but even then, the film "stays in character," as it looks and sounds like a straight-forward low-budget documentary rather than something shot by an A-list Hollywood cinematographer. So, as far as reproducing the filmmakers' intended A/V flaws, this presentation seems to do the trick without adding any flaws of its own. In addition to the original English-language audio, the disc also offers a German dub, which overlaps the existing dialogue. There is one subtitle option: English SDH.

- one for the film, and one for MGM's 90th anniversary.

Final Thoughts:
As far as I'm concerned, this flick is the standard against which all other mockumentaries should be measured. This memorable gem features some of Woody Allen's most inventive storytelling and sharpest jokes. Highly Recommended. 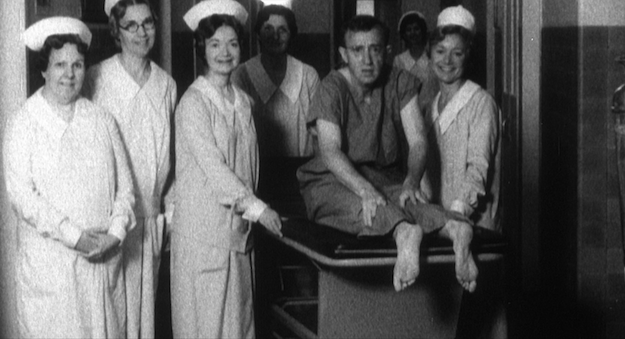