For those who think this film worked, which is not a large number, credit should be given first to the casting department or whoever made the decision to star Hoult & Stewart in this emotionless yet emotional dystopian sci-fi flick. They were the perfect pair, though, again, and judging by the poor ratings this movie receives, not everyone thinks so. Critics say that Equals takes itself too seriously and has too little to say, and audiences generally don't enjoy slow-burning melodramas set it weird worlds where the characters spend more time staring deeply into each others eyes than they do conversing. But count me among the few who liked picking up what this film was throwing down, who adored this duo of young actors, and who came away impressed, if not exactly blown away. 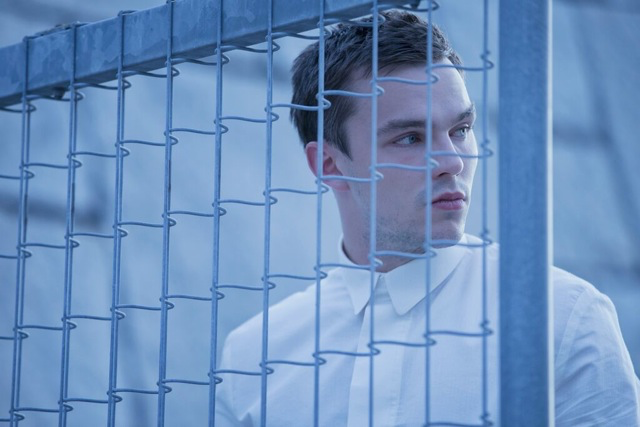 In the future, and after catastrophic events, humanity has barely clung to its existence, surviving in the Collective while outside Earth returns to a primitive state. Humans in the Collective have become devoid of emotion, giving up their highs & lows for a state of constant passive focus and consistency. Apartments are stark & efficient, everyone lives alone, work is done quietly, meals are provided by machine. There is no war, no anger, not even a raising of a voice, but there is also no love, no passion, no relationships of any kind. As the years pass slowly by, the Collective improves its cohesion, working toward an equality where nothing stands out, upsets, reacts, or endangers, where the horrors of the past are nothing more than a memory gradually melting into fiction.

But mankind and our base emotions cannot be denied so easily. With more frequency, members of the society are becoming sick, infected with a bug referred to as SOS, Switched On Syndrome. These unfortunate individuals find themselves feeling & emoting, quickly becoming violent & confused. As soon as they are identified, these poor souls are given mood suppressants, taken to The Den, and eventually allowed to die peacefully before their illness can spread. An underground movement surfaces made up of those who want the feelings to stay, who don't want to be labelled as malfunctioning. And as two such, Silas & Nia, begin to fall in love, the whole operation is threatened by their connection, leading to a daring plan to escape into the outside wilderness. 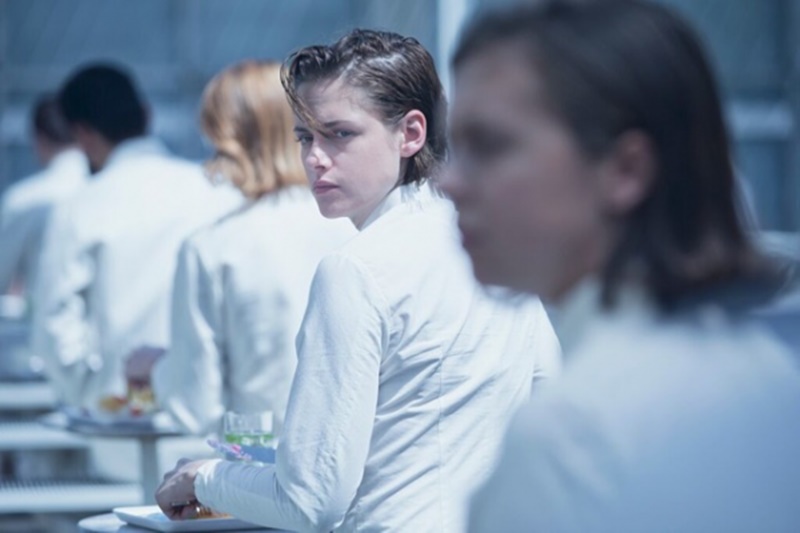 Nicholas Hoult is well-known for playing a zombie named R who starts to return to a humanized state, Kristen Stewart for lacking emotion in nearly every role she plays. Sounds to me like a perfect team to star in an anesthetized science fiction film whose characters aren't allowed to show feelings. And later, when their lives begin to change, these two show their true talent as young up-and-comers who can really dominate a difficult scene. Hoult we've seen heading our way for quite some time, those of us who've been watching (Young Ones, X-Men, Fury Road), but Stewart remains someone we don't want to like, despite several strong performances (On the Road, Camp X-Ray, Still Alice). It's time we appreciated the talent of these two stars, especially when it is challenged by a film that is no walk in the park.

Equals is part THX 1138, part The Island, but better than both, a complicated story about love & loss, bolstered by a cool dystopian premise. It nods to The Giver quiet frequently, capping that off with a character named Jonas played very well by the incomparable Guy Pearce. Its muted drama is crafted to make audiences uncomfortable, only to shift toward a normal love story while everything around the couple is completely alien to us. Yes the action is slow to rise and the monotonous voices might bore at first, but that's part of the point, part of the plot that will eventually crest toward a solid moral. Not the best utopia-gone-wrong movie you'll see but definitely not the worst, Equals is a better-than-average romance led by competent acting and set in a fascinating realm, something subtle to enjoy when you tire of the typical fare. 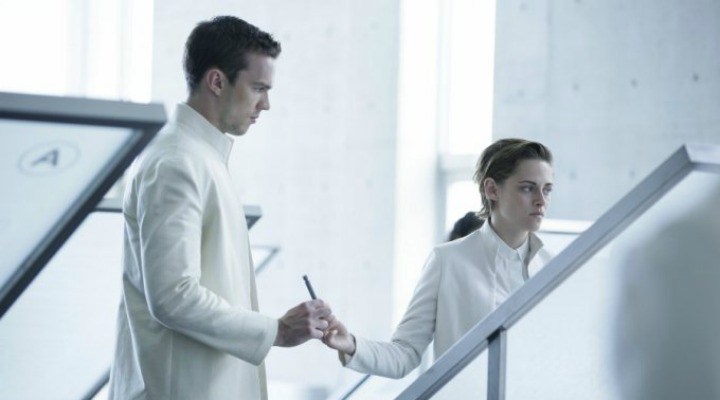 Video: With an aspect ratio of 1.85:1 (108op Widescreen) and shot using an Arri Alexa XT Plus camera with Zeiss Super Speed and Ultra Prime lenses, the video quality of this Blu-ray disc is a high point of the film, a cinematographical challenge well-met. With such a stark reality, the clarity of the picture became very important, and the film delivered, with a cool use of blue color throughout and a simplicity of scenes that was quite refreshing.

Audio: The Blu-ray was done in English 5.1 DTS-HD Master Audio, with an option of English SDH or Spanish subtitles. There is a main theme spread underneath the film, but otherwise not an extensive use of music, more sound to set a mood than to define moments. The audio quality is strong, with a focus on dialogue and subtle noise.

Extras: There are many extras on the Blu-ray disc. Audio Commentary can be selected, with thoughts from director Drake Doremus, cinematographer John Guleserian, and editor Jonathan Alberts. There are three featurettes: Switched On, The Collective, Utopia. There are five trailers: Into the Forest, Swiss Army Man, The Lobster, Green Room, The Adderall Diaries. And bookmarks can be accessed & used in the special features menu. 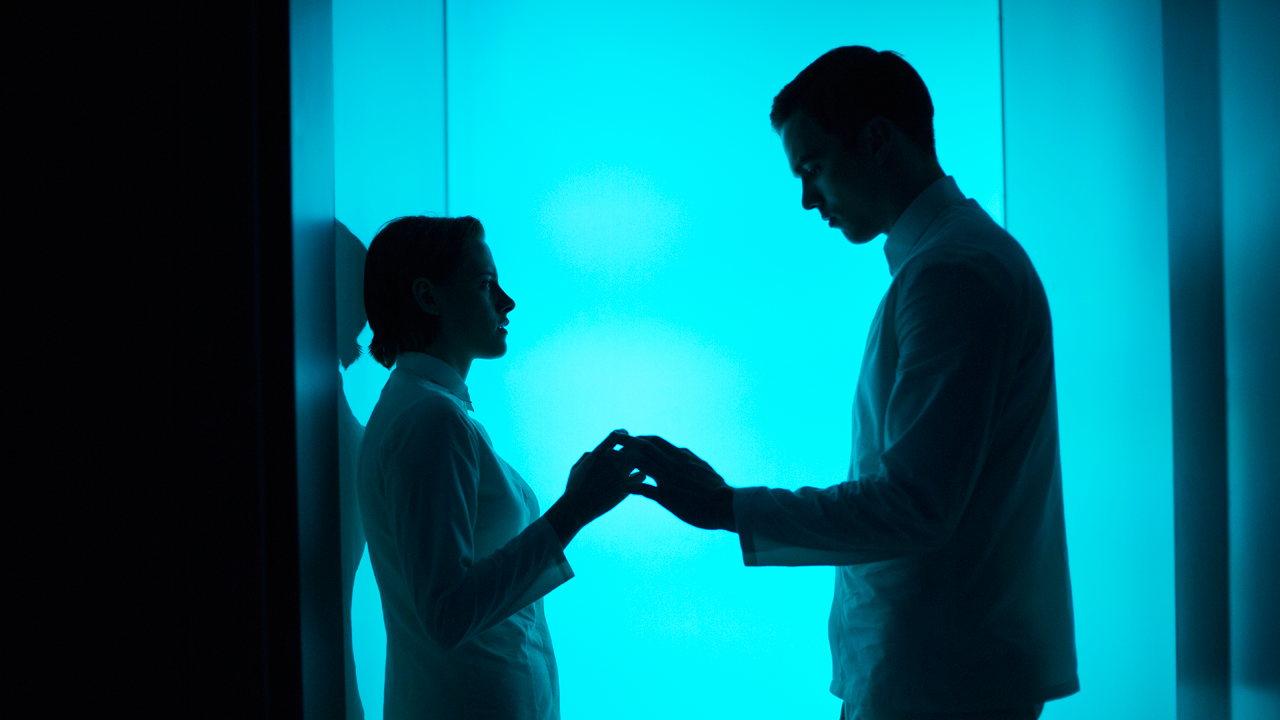 Highly Recommended. Equals isn't a popular film, nor was it extremely well-received, but that doesn't mean that it's without positives. The base story is an intriguing one, something you will find yourself wanting to know more about, understand the history behind. The two young actors are here to make a statement, that they can deliver challenging dramatics when asked to do so. And the slow-burn feel of the film is one that I enjoyed, something that speaks softly in a way that wills you to listen. Not the best sci-fi of the last few years by a long shot, but nothing to be dismissed either. The video is quite nice, the audio solid, and there are a few extras if your interest has been piqued. Enjoy the quiet chemistry of the couple, the fascinating world in which they live, try to understand what this film isn't, and you might just be surprised.