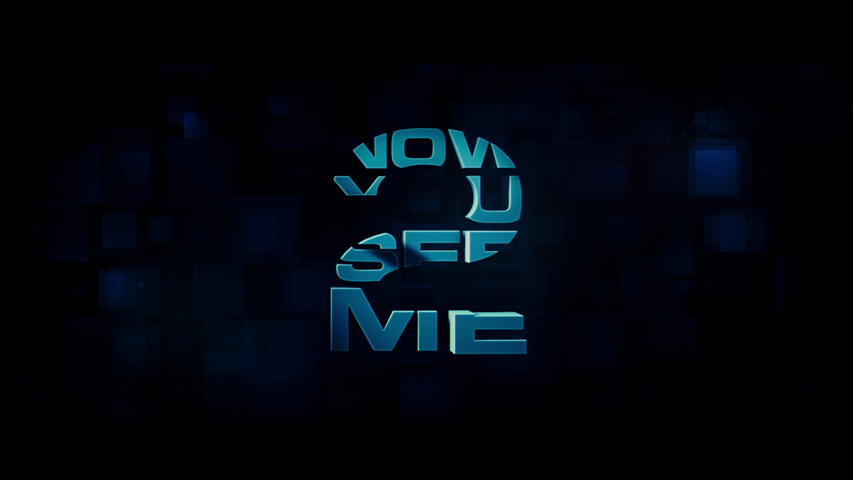 
The Movie
The joy of a heist movie is all about watching a plan unfurl. Seeing all the bits and pieces come together just right in a Rube Goldberg-like plot is exhilarating when done right. Combine that concept with magic, where obscuring how things happen is a core tenet, and there's a risk of putting together two diametrically opposed ideas and ruining both. Now You See Me did a fine job with that mash-up though, with a few quibbles here and there, which were mostly overcome by an incredible all-star cast. With the sequel to the surprise hit, the question would be whether they could repeat the trick successfully.

Most of the original cast returns for this entry, with the exception of Isla Fisher, along with the first film's director, Louis Leterrier. In his place, John M. Chu (G.I. Joe: Retaliation, Step Up 3D) takes the reins, and the transition is pretty seamless, as the general look and feel of the film remains consistent. If you never saw the first film or just don't remember it (I'm in the second boat, despite definitely enjoying it), an understanding of the plot isn't necessary, as all the key components are rehashed early on in a creative opening sequence: the Horsemen--a team of magicians using their talents to expose frauds and criminals--are laying low, following the events of Now You See Me.

The Horsemen's time out of the spotlight comes to an end when they are called upon for a new scheme, exposing a major tech company's privacy invasions. (There's an entire subplot concerning a secret organization that I don't remember from the first film and which doesn't pay off particularly well here, rendering it little more than a plot device.) Things don't go as planned, and the Horsemen find themselves working for a criminal (Daniel Radcliffe) who wants to use their skills for his own nefarious purposes. But--stop me if you've heard this before--things aren't always as they seem, as figures from the Horsemen's pasts emerge to become a part of the plot. 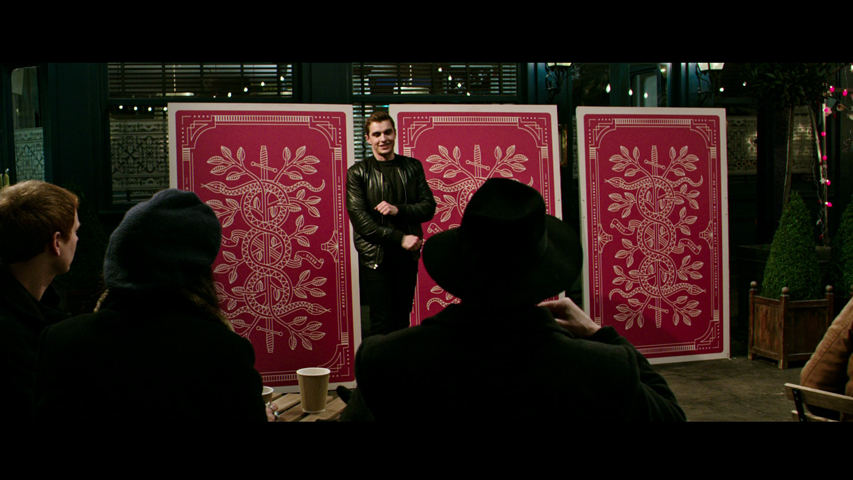 Certainly, Now You See Me 2 requires a suspension of disbelief far beyond anything needed to enjoy magic as a whole. Beyond the range of issues involving character motivation and simple police procedure (like those pursued by Sanaa Lathan's mostly unnecessary character), the abilities of the Horsemen verge on supernatural, even if the trick is always explained to some degree (though pretty much all the hypnotism feels ridiculous.) But when you have a scene like one here where an intricately timed series of sleight of hand maneuvers is necessary to pull off a job, it pushes, if not shatters the sense of reality. The moment is still enjoyable, without a doubt, but your mind will yank you out of the film at points. The same can't be said for the complexity and twists of the main plot, which rides so much on coincidence, or at least impossibly precise planning, that it's simply hard to buy. By the time all of the plots are revealed, it's hard to really care. In the moment however, the film is great popcorn fun.

The returning cast are all terrific, with Jesse Eisenberg, Woody Harrelson and Dave Franco seemingly enjoying themselves as quasi-superheroes (and Harrelson performing double duty brilliantly), while Morgan Freeman, Michael Caine and Mark Ruffalo all add a touch of gravitas to the proceedings. As the core baddie, Ratcliffe acquits himself well, avoiding becoming the scowling villain the part didn't need, while Lizzy Caplan was the perfect choice as the newest Horseman (more than making up for Fisher's absence.) Her role brings a lot of the levity the film needs, as well as a new personality in the group, and her character even gave some voice to the problem of gender inequality, a nod to the film's (and magic's) lack of gender balance.Putting this assemblage of talent in a film that's constantly moving (but smartly not constantly cutting, so as to maintain the audience's uninterrupted view of the magic) makes for an engaging, enjoyable film that doesn't suffer in comparison with its predecessor. 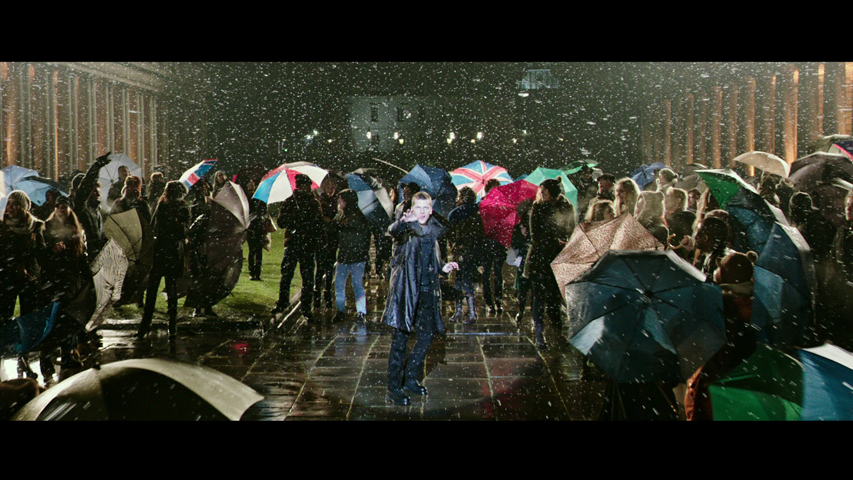 The Discs
Now You See Me 2 arrives on two discs (one Blu-ray, one DVD) in a standard-width, dual-hubbed Blu-ray keepcase, with a slipcover featuring an impressive multi-frame lenticular animation on the front. The Blu-ray disc has an animated menu with options to watch the film, select scenes, adjust the setup and check out the extras. Audio options include English Dolby Atmos, Spanish 5.1 Dolby Digital, English 2.0 Dolby Digital (optimized for late-night listening) and English descriptive video tracks, while subtitles are available in English, English SDH and Spanish.

The Quality
The 2.40:1, AVC-encoded 1080p transfer is strong throughout, handling the blue-tinged palette of the film well. The color rarely gets too vivid (though some florescent hues in Macau pop) as the movie has a slight dullness to it, like it's always overcast (even indoors in a clean room.) The level of fine detail is very high, showing off the wealth of textures in the production. Black levels are solid, though some of the contrast issues affecting the color makes for less than optimal darkness. Everything looks appropriately cinematic.

THe Atmos track, which resolves to a Dolby TrueHD 7.1 presentation, is outstanding, if only because the sound design was made to impress, with tons of movement in the mix and frequent bass stings in the low-end. Brian Tyler's score is one of the most memorable in recent film history, and it sounds great in this track, as does all the ambient sound in the film, which is present in just

The Extras
Chu provides an enthusiastic, feature-length audio commentary, offering plenty of info from the set, with lots of technical details and production insight, including the focus on practical filmmaking, the involvement of Leterrier and the use of blow-up dolls on the set. Chu also makes an effort to defend some of the more unbelievable elements of the story, but will admit when they just stretched reality. Unfortunately, there are mentions of a number of deleted scenes that are not included on this disc, which is, as we have agreed upon, a mortal sin.

The Blu-ray exclusive "The Art of the Ensemble" (21:11) is a substantial piece on the cast of the film, built with interviews with Chu, Ruffalo, Harrelson, Caplan, Radcliffe, Eisenberg, Franco, Freeman, Caine, Lathan, producer Bobby Cohen, magic consultant Keith Barry and screenwriter Ed Solomon, as well as some behind-the-scenes footage. The focus is on how much they enjoyed making the film and the ease with which they collaborated (as well as a healthy amount of apple polishing.) The newcomers get a bit of spotlight, naturally, and the fact that Harry Potter is a part of the show results in some fun bits from Caine and Caplan (the MVPs of the piece for their fun, candid presences.) Be aware: there's a lot of spoilers, so save this for later.

Also exclusive to the Blu-ray release is the 16:09 "Bringing Magic to Life", a featurette on the subject at the core of the film: magic. Legendary magician David Copperfield, a co-producer on the film, joins the interview party, as they discuss how magic was integrated into the filming (including how a key scene was created) and introduce the magicians who worked on the film (with plenty of rehearsal footage from the actors' magic training.) The key takeaway is how much thought and effort went into making it all work, and why Chu was the right choice to direct it.

Wrapping up the on-disc extras is a 1:21 theatrical trailer that uses Scott's theater scene as the main selling point. It would be hard to skip this movie after seeing it.

In addition to an assortment of Lionsgate trailers, also in the package is a code to get the film on Ultraviolet or iTunes. 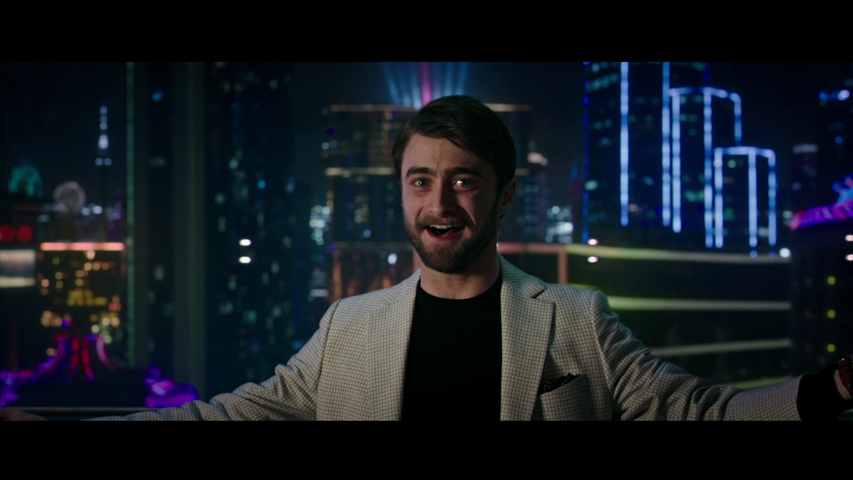 The Bottom Line
Now You See Me 2 is not very different from the first film in terms of its construction or concept (and shortcomings), but the new additions to the cast and enjoyable new set pieces help it avoid feeling like a retread. The presentation is very good and the disc includes a nice amount of bonus content to reveal info on how the movie was made. This may not be fine art, but it's got an all-star line-up having a lot of fun in an entertaining popcorn mystery. Francis Rizzo III is a native Long Islander, where he works in academia. In his spare time, he enjoys watching hockey, writing and spending time with his wife, daughter and puppy.Follow him on Twitter