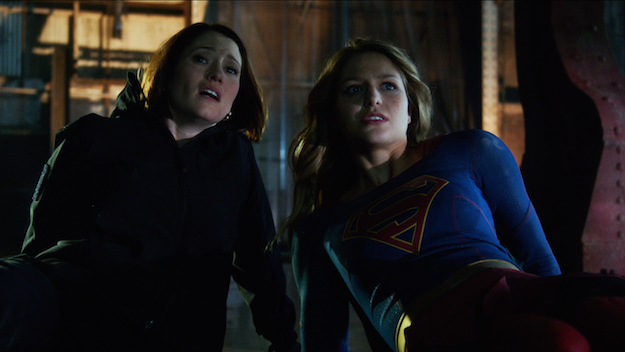 Coming from the co-creators of Arrow, The Flash, and ... The New Normal?, the newest superhero show in the DC TV universe (or "Arrowverse," or whatever) is Supergirl. Like Green Arrow and The Flash, Supergirl is a comics character who has never previously gotten a fair shake in the realm of moving pictures. (The 1984 film is more fascinating and kitschy than effective or memorable.) And while the first season of the new series has its frustrating aspects, such as too much ham-handed philosophizing and corny dialogue, Supergirl is an appealing adaptation that boasts a fleshed-out ensemble of characters whose adventures viewers will want to follow.

Like many sci-fi-tinged shows, Supergirl divides up the twenty episodes of its first season between stories based around "Monster of the Week" villains that Supergirl must fight and serialized storylines that build up Supergirl's world and mythology. In this first batch of shows, Supergirl is generally more adept at the world-building than creating isolated adventures to test Supergirl's mettle (although the mid-season episode "Truth, Justice, and the American Way," helmed by Punisher: War Zone director Lexi Alexander, stands apart as having an exciting one-off main story).

Melissa Benoist stars as Kara Zor-El, a young woman who was evacuated from the doomed planet Krypton at the same time as her infant cousin Kal-El. She was supposed to watch over Kal-El, but her escape pod made an unintentional detour to the Phantom Zone and she wound up trailing behind. By the time 12-year-old Kara made it to Earth, Kal-El was already a grown and famous Superman, who didn't need looking after. So, like her older/younger cousin, a nice family took Kara in as their own: two scientists, Eliza and Jeremiah Danvers (played by former filmic Supergirl, Helen Slater, and '90s TV Superman, Dean Cain), and their daughter Alex (played as an adult by Chyler Leigh).

Fast-forward another twelve years and "Kara Danvers" is working as an assistant to powerful media mogul Cat Grant (Calista Flockhart) and wondering about her purpose in life. A dramatic plane disaster spurs Kara to use the powers she has been keeping hid for years, making her a national figure in the process. After her boss dubs this new mystery superhero "Supergirl," Kara decides to start doing good like her cousin. It turns out there's a steep learning curve, as Supergirl inadvertently causes an oil spill on her first big outing, but she gets support from her friends at Catco, techie guy Winn (Jeremy Jordan), who has a crush on Kara, and Superman's buddy James "Don't call me Jimmy" Olsen (Mehcad Brooks), on whom Kara has a crush. 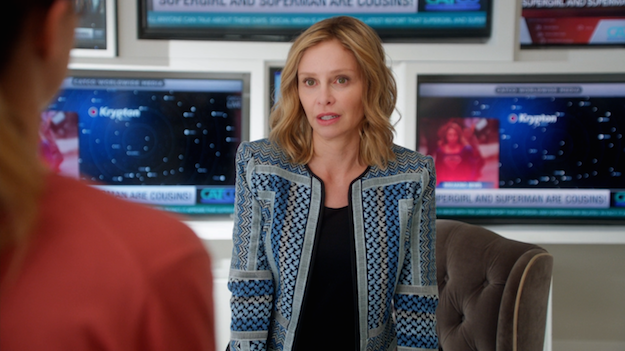 While Flockhart and Brooks offer interesting updates of familiar types*, the show's meatiest relationship is the one between Kara, her Earth sister Alex, and their boss/surrogate father Hank Henshaw (David Harewood). Hank is in charge of a covert government organization called the Department of Extra-Normal Operations (DEO) that deals with alien baddies on Earth. In this first season, the major challenge to the D.E.O. is a dastardly duo straight out of the Phantom Zone prison: Astra (Laura Benanti), Kara's aunt who is the identical twin of Kara's dead mom, and her fascistic paramour, Non (Chris Vance). The writers like to play with concepts of family and betrayal, and Kara is frequently forced to question whether her loyalty belongs with her villainous blood relative or with the adoptive family she has made with Alex and Hank.

The writers should be lauded for their ability to gradually reveal new wrinkles in characters that make them more sympathetic and interesting to follow as the show progresses. The most obvious of these is Hank Henshaw himself, who has a long-held secret that is teased early on, which is then revealed (maybe a third of the way into the season) without feeling like a blatant narrative gimmick. Less overt is the shades-of-grey way the show fleshes out Maxwell Lord (Peter Facinelli), a sometimes good-guy, sometimes bad-guy who doesn't trust the government -- or Supergirl, natch -- so he uses his billion-dollar technology company to create tools that inevitably both help and hinder our main characters' efforts to fight off threats to world safety. When James Olsen's girlfriend Lucy Lane (Jenna Dewan Tatum) is initially introduced, she just seems like a contrived roadblock to stand between Kara and James hooking up romantically, but, like most of the show's female characters, she is more competent and complicated than you might suspect at first. Like Lord, she becomes a multi-faceted sometimes-ally/sometimes-foe who is far more compelling and dramatically welcome by season's end than she was at the start.

The show is perfectly entertaining, but it isn't perfect. Especially as the season wears on, the writing suffers from a bit too much on-the-nose speechifying about the importance of the work being done or what characters mean to each other. It's kind of odd, like the producers aren't quite sure if their concepts and characters are coming across like they would like. Believe me, they are. The concepts and characters are great! So maybe hold off on all the soapy monologues in season two, ok? Thanks! Otherwise, keep it up!

*Jordan is immensely likable as Winn, too, but the character is a fairly typical friend-zoned sidekick. 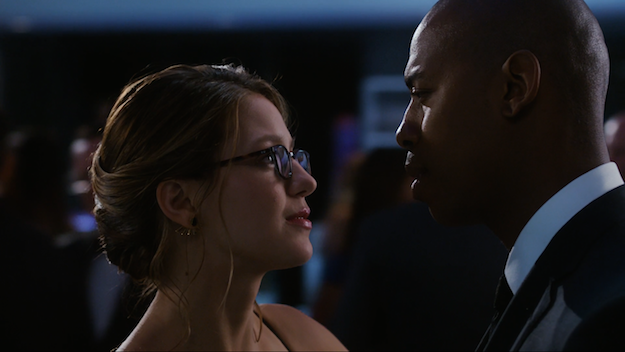 The Blu-ray
Supergirl: The Complete First Season is featured on 3 Blu-rays, packaged in a standard keepcase with a cardboard slipcover. A code for Ultraviolet streaming is also included.

The Video:
Although the bitrate isn't quite as generous as it could be, these AVC-encoded 1080 1.78:1 transfers look pretty much as good as you would hope for a brand-new digitally-shot show. Colors are vivid, the level of detail is high, and there are no issues with compression during complicated or fast-moving shots. There are sporadic instances of banding throughout the series, but that's really the only issue that caught my attention during the 14 or so hours I spent with the show.

Special Features:
All the bonus featurettes are offered with the following subtitle options: English SDH, Dutch, Spanish, and Portuguese.

Final Thoughts:
Supergirl gets off to a promising start, thanks to a likable cast and sympathetic characters. Certain episodes strain under too much thematic heavy lifting, but there's enough action, intrigue, and fun to make a new viewer want to stick it out through the whole season. Recommended. 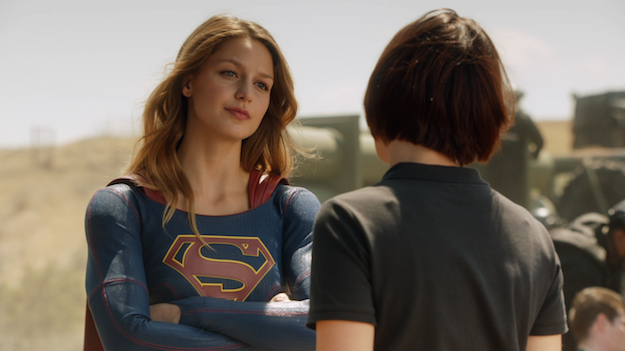