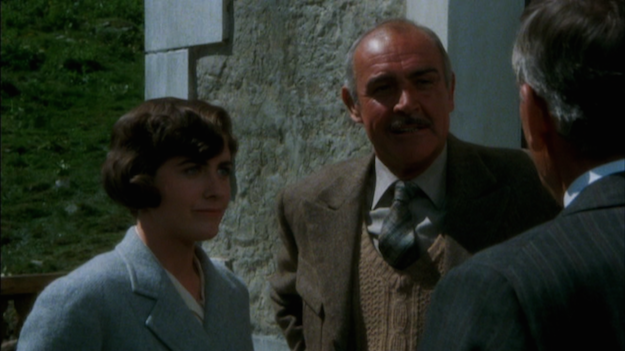 Released in 1982, Five Days One Summer is the final film from legendary director Fred Zinnemann (A Man for All Seasons, High Noon). It was a passion project that took Zinnemann decades to get produced, and knowing that bit of trivia makes the film's overall blandness all the more puzzling.

Set in the Swiss Alps, where graying doctor Douglas Meredith (Sean Connery) has taken his young bride Kate (Betsy Brantley, Schizopolis) to go rock climbing, Zinnemann's film is full of gorgeous location photography. It is also highlighted by some truly tense and splendidly executed climbing scenes that were reportedly all created practically on genuine icy rock faces in the Alps.

Unfortunately, the movie isn't just about pretty scenery and treacherous stunts. Instead, there's a limp story of illicit love at the film's soapy center. It turns out that, while Dr. Meredith is indeed a married man, he is not married to Kate. When the pair's handsome young guide Johann (Lambert Wilson) finds out, he can't resist trying (rather feebly) to wrest Kate away from the old man. Gratuitous flashbacks and oddly muted emotional outbursts ensue.

The three leads of the film are all pretty good in their roles, but the chemistry is off. There's no believable aura of love, attraction, or sensuality coming off of them, in either of the two couplings. It doesn't help that the script by Michael Austin, adapting a story by Kay Boyle, keeps its conflicts so buried in subtext that it often doesn't feel like there's any conflict at all. Only when the characters have to battle with the elements does it feel like anything is at stake.

Considering the generic flavor of the central May-December love story, it's hard to recommend Five Days One Summer to anyone but the most undiscerning romance fan. On the other hand, the climbing scenes -- especially the climax -- literally forced my jaw to drop open a few times, so it's just as hard to completely write the film off. If you're the kind of viewer who enjoys watching lesser forgotten flicks to sift for superior moments, then I would offer you this film as an excellent opportunity to mine for isolated nuggets of gold. 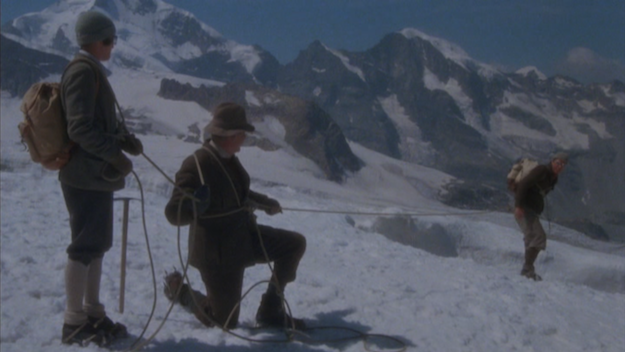 The DVD
Five Days One Summer comes as a manufactured-on-demand (MOD) DVD-R, as part of the Warner Archive Collection.

The Video:
Giuseppe Rotunno's cinematography is soft and diffuse by design, so it's no surprise that this widescreen 1.78:1 transfer does not boast very much fine detail. Color and contrast levels fluctuate a little bit, but are mostly pretty solid and earthy-looking. Digital noise comes and goes too.

The Audio:
No major complaints from the Dolby 2.0 mono audio. Dialogue is clear. Ambience is palpable but subtle. Elmer Bernstein's score sounds full but not over-the-top. No subtitles or captions.

Final Thoughts:
Fred Zinnemann's final film is far too understated to be fully satisfying, but it does feature some tremendously well-executed mountain-climbing scenes that are too entertaining to dismiss. If you don't mind slogging through the boring mushy stuff to get to those scenes, I say Rent It. 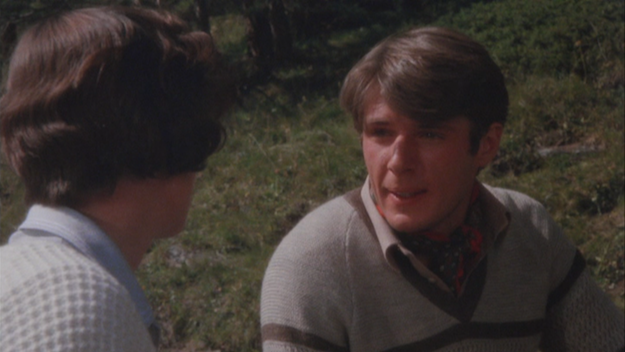