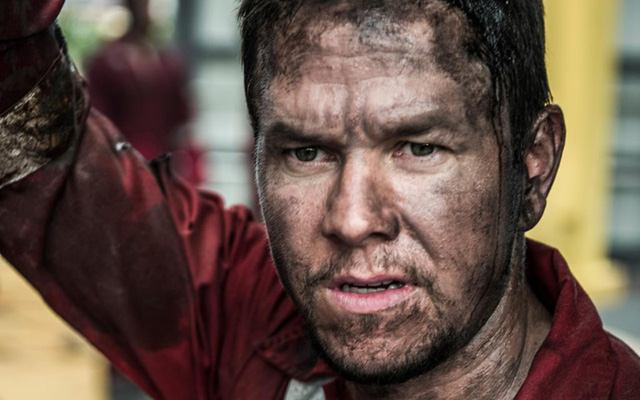 Until 2013, Peter Berg was just a d-list actor, an episodic TV director, and a fledgling filmmaker whose movies were Hancock and Battleship. Not much to write home about, but I guess he's working, many in the industry can't claim the same. But in the last few years that has all changed. If Lone Survivor was good, Deepwater Horizon is great, and Patriot's Day has the chance to be award-worthy. He's trending in the right direction and working hard to improve a craft that he seems to have some skill at. It doesn't hurt that all three of his past, current, and future successes star Marky Mark, an actor who lends credit to any film in which he appears. But Wahlberg isn't the only reason this film succeeds. Thank Mark, sure, but thank Kurt Russell too, and pat Berg on the back for a job well done, a project that not everyone could have pulled off and a movie that will surprise you with its flirtation with perfection.

Electrical Technician Mike Williams works on board America's southern oil rigs, keeping the lights on and the alarms chirping in the places that bring our oil out of the seabeds and into our refineries. For the next three weeks, he'll be stationed on the Deepwater Horizon, a rig rented by BP to drill the hole that will soon be pumping millions of barrels of crude oil out of the earth. But a quick and shoddy job laying the cement foundations for the pumps has left the entire project on the verge of collapse, something that could be exposed by certain tests, if the tests had been run. The crew of the driller can feel that something isn't right, but they can't prove it, putting the BP executives in the position to begin work right away, ignoring the instability of the project. Mike Williams will become a witness to the greatest oil tragedy in American history, watching the horror of the burning of the Deepwater Horizon firsthand. 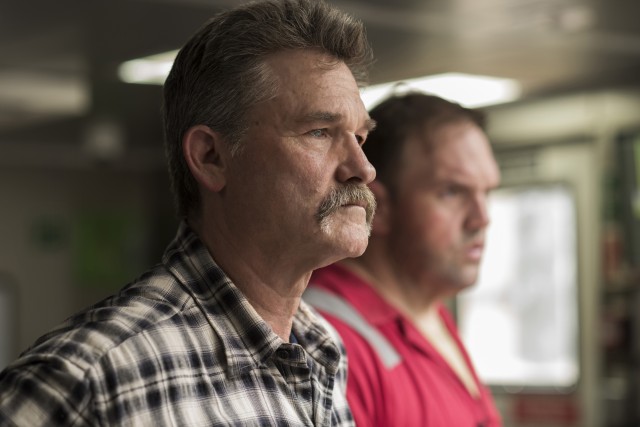 Shockingly, Deepwater Horizon is among the best film's of 2016, rivaling a movie like The Nice Guys, which falls into the same category if not the same genre; an excellent and enjoyable flick that doesn't quite fit into the Oscar season parameters. It's actually better than it needs to be, in a strange way, going above and beyond what was required to entertain and please older audiences who like their stories patriotic and their action simple. Baby boomers and dad's everywhere were already lining up to love this movie; the fact that it's actually well-made is just an added bonus. Critics like me who are looking for mistakes will find very few here, as the film is an all-around success on the level that it ought to be judged. It bests Sully as a true story adventure, it one-ups Lone Survivor as Berg's strongest film, and it should leave happy audiences wherever it goes.

The film has an attention to detail that's quite refreshing, giving it the ability to educate as well as entertain. But even the informational subtitles were added in smoothly, letting the movie still be a movie, a Marky Mark action film, something to both enjoy and find fascinating. Speaking of Wahlberg, he was excellent here, which should be expected perhaps, but which is always appreciated. Kurt Russell was awesome in his patented Kurt Russell way, although I wish he could have interacted with Kate Hudson, who he has a real life connection with and who did a fine job, although she was a comical choice for the role when you see the real Felicia Williams; it must have made her day for one of the most beautiful women in Hollywood to play her. John Malkovich was a great villain, Dylan O'Brien was passable, but I've always hated Ethan Suplee, who is a terrible actor. Overall though, Deepwater Horizon was everything you could wish for from an end-of-the-summer blockbuster, with the added attraction of actually being a well-made stand-alone film. Take your parents because they'll want to see it, but expect to respect it yourself as well.