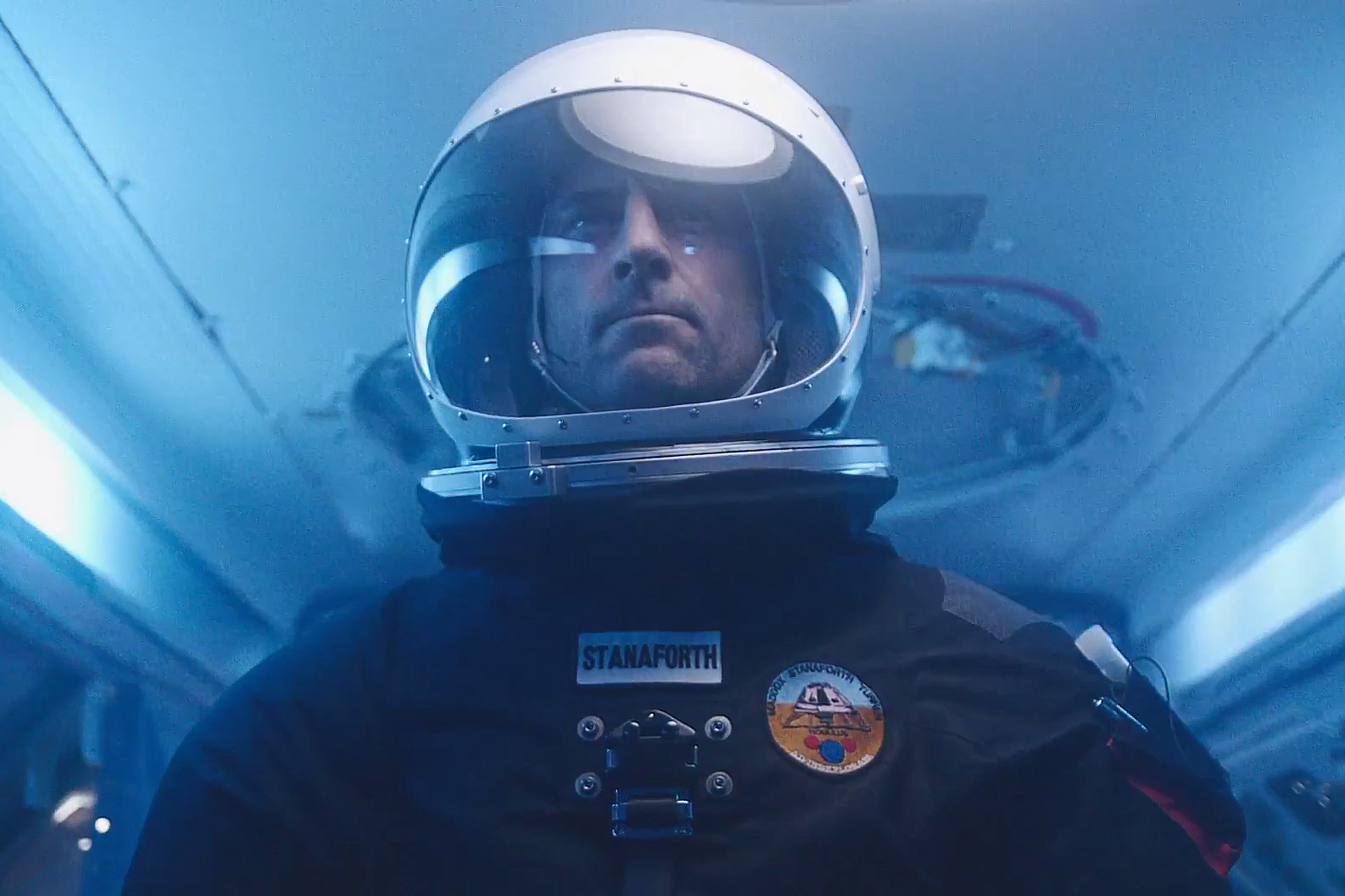 It's not that Approaching the Unknown is bad, it's that it's a knockoff. Most recently of The Martian, but of many other films as well. Sci-fi is a difficult genre to create original content in, since so many ideas have been broached already, but it's up to the director/writer to imagine something new that will astound audiences. Rosenberg is a complete first-timer, this being his only attempt at writing, directing, or, well, anything. And you could tell, if only in the way that amateurs always fall back on what they've seen done before when they run out of things to say. The Martian is #1, copying that Mars mission, the fight for survival, the isolation. But Gravity comes to mind as well, one astronaut, one voice over the radio. Space Odyssey, sure, Apollo 13, yeah, basically any other outer space film you can think of; maybe the movie should have been called Approaching the Known instead. 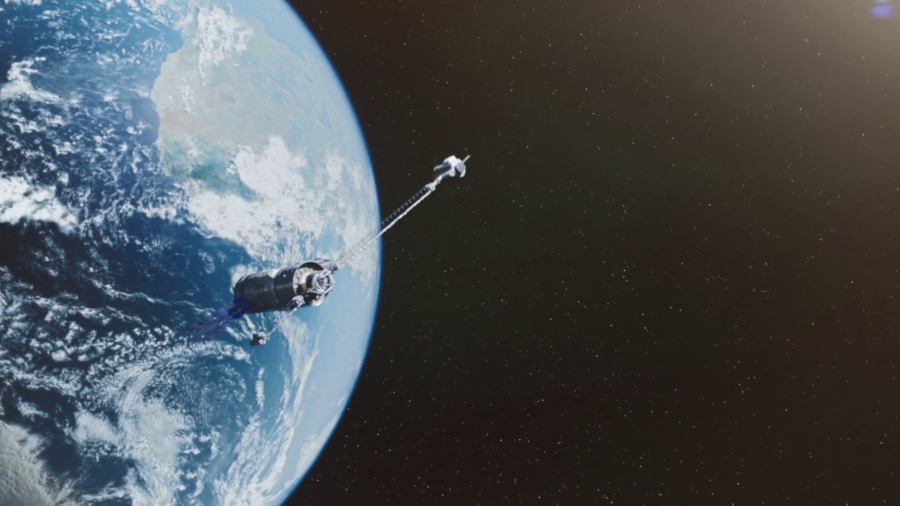 Captain William D. Stanaforth has created a machine that can turn dirt into water. Sounds too good to be true but, after all, that's what our Earth did so many millions of years ago, slowly extracting hydrogen and oxygen from the soil, combining it in the atmosphere, and eventually forming our planet. Stanaforth simply discovered a way to speed up that process, to heat the dirt to extreme temperatures, to bring out the needed molecules, and to recombine them to form water. With this technology, any desert can become a paradise, any uninhabitable place become an oasis, and any planet in our galaxy become the next location for the colonization of humankind.

Stanaforth, armed with his new technology, begins a journey to Mars, our nearest neighbor, that will take him over 200 days. He'll dock once with a space station, he'll have more than enough food for the mission, automated supply ships have already been sent ahead, another astronaut will follow him up, all that's left for Stanaforth to do is to keep is water machine running. Well, and to keep himself sane during the lonely voyage, a task that becomes more and more difficult with each passing day. The isolation begins to wear on him, and when his invention short circuits, the success of the entire project seems doomed. But man does not set foot on foreign planets by giving up, and failure is not really an option. 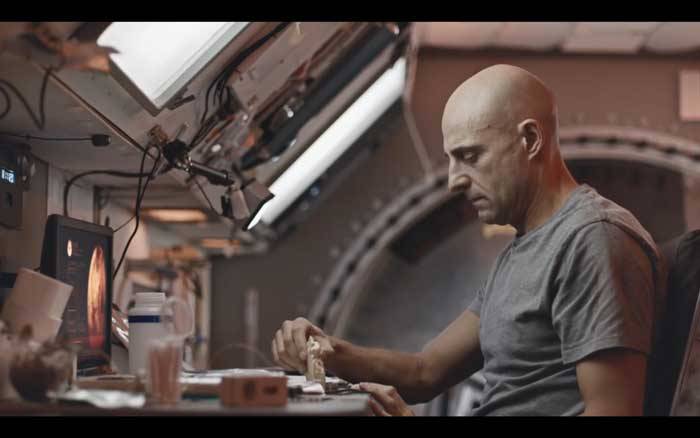 Again, this isn't a bad movie, per say, and that should be noted before delving into its flaws. The concept is an interesting one; a man alone, taking bits of the Earth with him to remind him of home, including aerosol cans of smells, like cut grass, to keep him company. Humanity watches from their televisions from home while Stanaforth goes down in the history books with each mile logged, but the man himself still has to deal with the incredible pressure of the task, the awesome power that loneliness holds over the human heart. The plot works and the movie takes on a very personal tone, made all the more believable by some solid acting from Strong, who is usually a bit more of a character actor than a Matt Damon lead.

And therein lies the problem; Approaching the Unknown attempts to be a darker version of The Martian but doesn't exactly have the talent to pull it off, not from the main actor and definitely not from the director. Rosenberg is taking his first swing, and in order to get a hit he watched a lot of tape. The problem is he copied too much of that footage, pieced it together, and tried to convince us that what we were seeing was original content. It wasn't, and while homages aren't necessarily bad, especially in this genre, you've got to go down your own path in order to earn our respect. This film turned out to be far too similar to far too many others, finalizing itself as an OK watch, a good try, but nothing special. 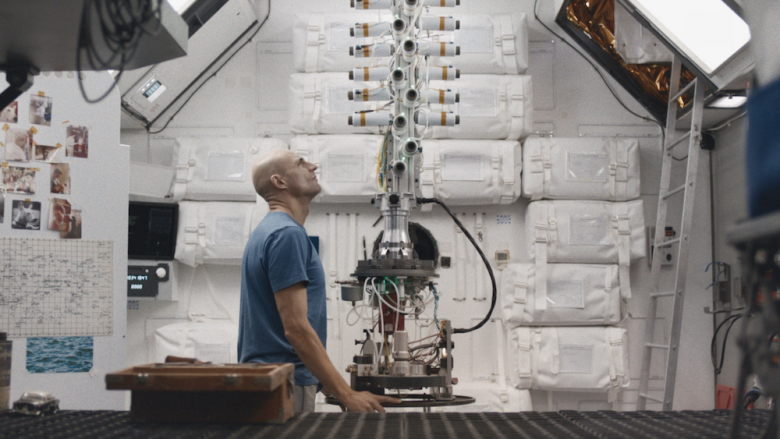 Video: With an aspect ratio of 1.78:1 (Widescreen 16:9) and shot using Arri Alexa, Arri Alexa M, Canon C300, and Red Dragon cameras, the video quality of the film is high, doing both the complexity of the spaceship and the beauty of space itself credit. The picture was crisp, vacillated between light and dark well, and was always cinematically interesting.

Audio: The disc was done in English 5.1 Dolby Digital, with an option of Spanish. There are also subtitle choices in English, French, and Spanish. While the audio quality of the DVD was fine, the sound was unremarkable and little-used. There was a bit of a background track, music Stanaforth brought with him from home, but not mush else of note.

Extras: There are no special features of the disc. 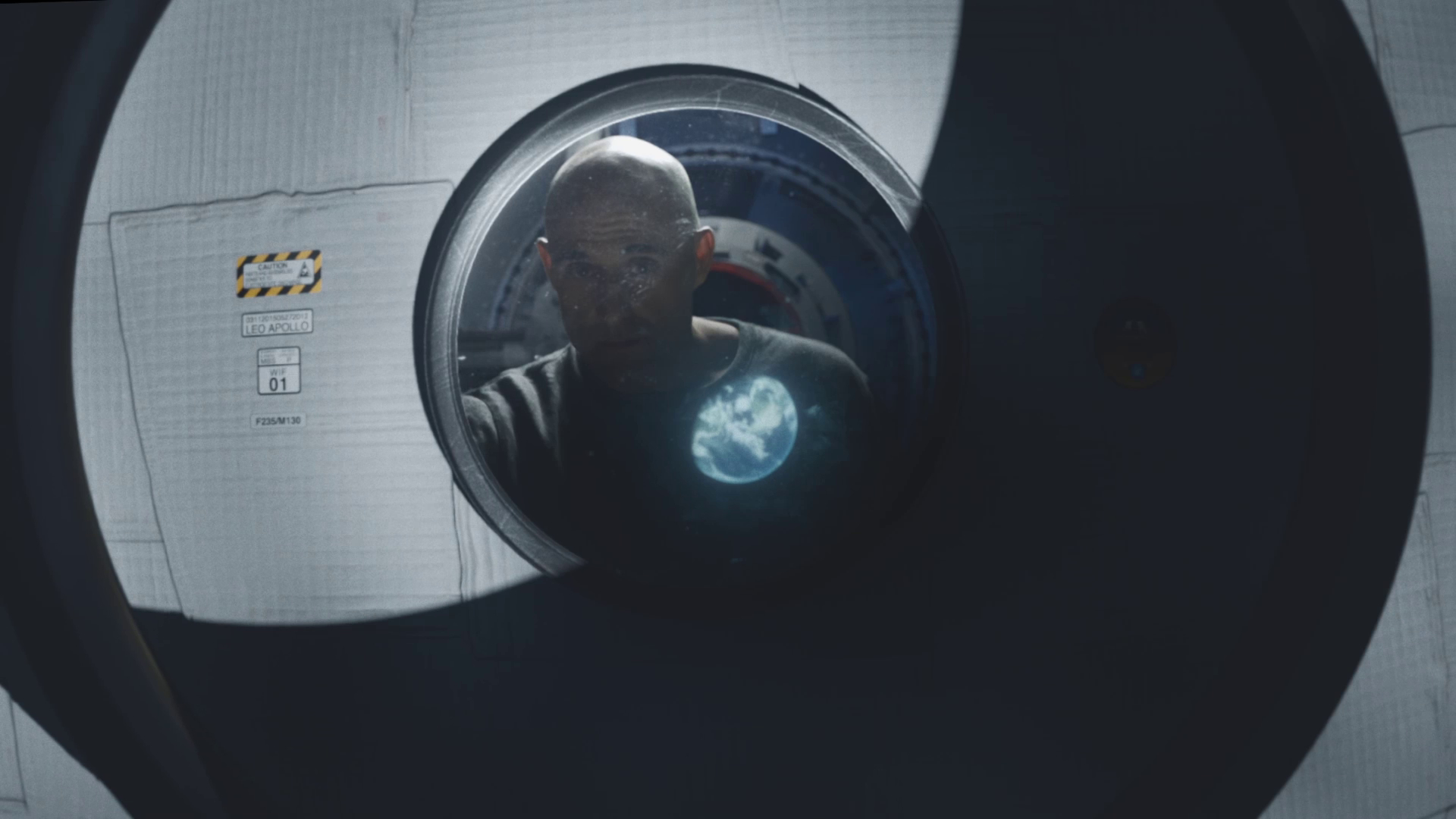 Recommended. Two more slightly negative notes: the name Stanaforth was an odd choice, it sounded awkward whenever Luke Wilson said it, and he said it too often, and also there was one Terrence Malick-esque scene that I especially didn't care for, going back to the idea that Rosenberg was "borrowing" far too much. That was the general problem with this film; it was copied often and littered with little mistakes frequently. That kept it from becoming something singularly solid, despite a nice if not wonderful job from its lead and some cool cinematography throughout. The video held up well, the audio was forgettable, there are no extras on the DVD, and the film as a whole feels like something we've seen before created by someone who we might hear from again.