Park is Mine, The

A favorite theme of mine in films is a character deciding that they've just had enough- as Peter Finch said in Network, "I'm as mad as hell, and I'm not going to take this anymore!" In 1985's The Park Is Mine, Tommy Lee Jones as Vietnam veteran Mitch Harris comes to that point as his marriage to Rachel (Gale Garnett) falls apart, he can't hold down a job and then finds that his longtime friend who also served in the war has killed himself. His friend's death serves as a catalyst however, as he leaves Mitch a note with detailed plans on how he was going to deal with his frustrations. He had already set up New York's Central Park with a number of traps and explosives, and even found a hidden sewer area to store more gear and hide out in- his plan was to take over the park at least for a few days just to get the public's attention and show how smart he was for pulling it off. With Mitch at the end of his rope and grieving for his lost friend, he decided to carry out this plan. 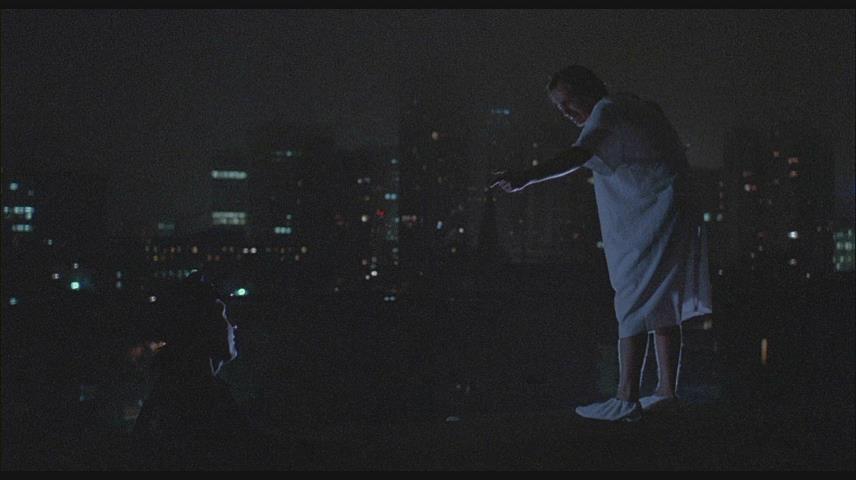 Mitch first verifies that his friend has in fact set up traps in the park and finds his hideout, then tests out a bomb setting off an explosion that runs everyone out. He then calls the police department from a pay phone and decrees that for the next 72 hours, "Central Park is mine." His demands are rather simple, stating that he "doesn't want to kill anyone, just get their attention"- he asks that everyone stay out of the park for that amount of time, which will end on Veterans' Day, but of course the cops headed by chief Eubanks (Yaphet Kotto) won't have any of that and work at fighting back at him. They soon find out that their opposition is smarter than they estimated as Mitch rigs up more explosives and sets up roadblocks, and are a bit embarrassed as the public watches from the sidelines. The chief doesn't think that one person could be doing this on his own and suspects that a large group of terrorists are really behind the siege. New York's Deputy Mayor Dix (Canadian actor Peter Dvorsky, previously seen in Videodrome and The Dead Zone) is filling in while the real mayor is out of the country and also wants Mitch taken out as the situation is making him look incompetent.

Things escalate as TV reporter Valery Weaver (Helen Shaver) sneaks into the park to get footage on camera and is captured by Mitch, but he has no desire to harm her and she figures she can help him out a bit by letting him vent on tape (miraculously her Sony Betacam unit never runs out of battery power.) Mitch then makes another phone call and demands it be put on every radio station in town, where he airs his frustrations and gains the support of most of the public- although this also brings his wife back into the picture as she tries to talk some sense into him. Meanwhile law enforcement keeps trying to nab him, even sending in a Viet Cong baddie thinking that being defeated by him will really mess him up.

There are obvious similarities here to 1982's First Blood, mainly that those who served in Vietnam didn't feel appreciated afterwards and the main characters in both films felt the need to symbolically take over areas to get everyone's attention. Tommy Lee Jones gives a crazy-but-calm performance similar to many of his later roles, making most audiences likely to side with him and wonder why he can't just be left alone for the amount of time he asks. The whole bit with the reporter joining him is a bit silly but gives Mitch some validity that his voice will be heard as long as she makes it out with the tape intact.

The Park Is Mine was first shown on Home Box Office (HBO) in the US, as one of the channel's first original movies (director Steven Stern was also behind the channel's previous original movie Draw!.) It was also released theatrically in other countries. The story was written by Stephen Peters (author of Wild Things and The Fourth War) but his book was a bit different than the movie as is pointed out in the disc's audio commentary. The movie is competently made for the most part but definitely has a low-budget feel to it, the most obvious being that despite taking place in New York City it was mostly shot in Toronto, Canada (it's historically been cheaper to shoot movies there than in the US, and usually the main reason why many American movies are shot there.) They still managed to get a handful of shots of the real Central Park which gives more credibility, but as Tommy Lee Jones wears mirrored sunglasses in many shots they pick up the reflection of the camera crew and equipment several times- one shot of him gazing over a vacant park and feeling accomplished at having gotten everyone to leave the area is ruined as several nearby crew members are reflected in his glasses! My main draw to the movie was the electronic music score by German instrumental band Tangerine Dream, which performed a number of similar music scores for movies during the 1980s. Most of their music here bears similarities to that of Thief and "Street Hawk." 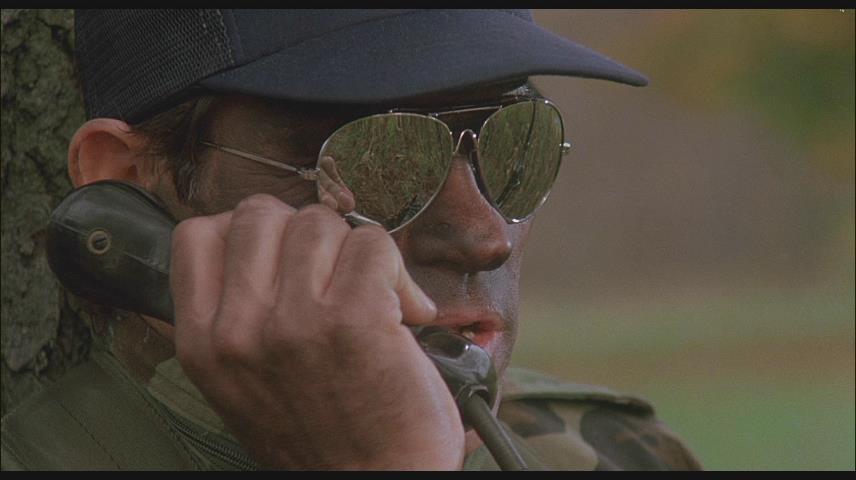 A foreign theatrical release print appears to be the source for this Blu-Ray disc, as it's in a 1.85 ratio and opens with a 20th Century Fox logo sans fanfare (it was obviously shown in 4x3 on cable and the VHS release on Fox's Key Video sub-label). The framing looks fine regardless; the transfer is nicely detailed with subdued colors, but the brightness level is cranked up much too high here, obvious right from the fade-up at the beginning from a mostly grey rather than black screen. The single-layer disc also looks just a bit compressed but not too badly. 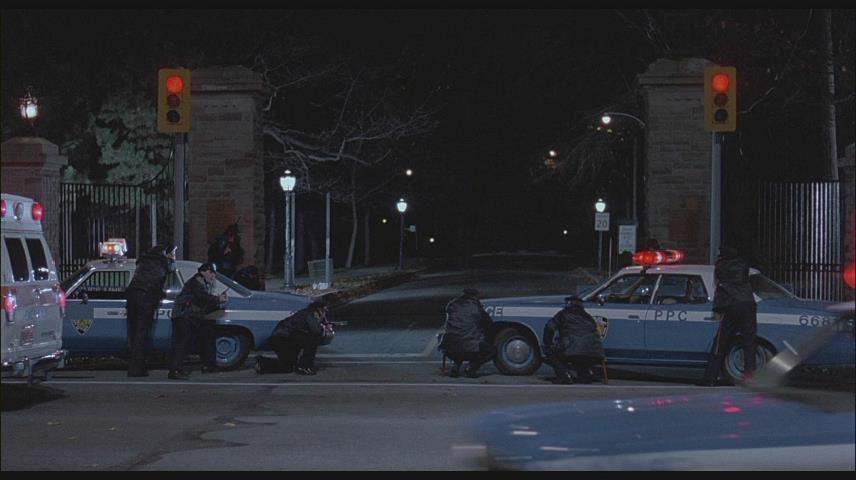 Although the audio mix is in stereo, all of the dialogue and sound effects seem to have been recorded in mono as they all remained centered with the music score providing the only sounds heard in the left and right channels. The Blu-Ray disc is encoded in 2-channel DTS Master Audio and flagged to output as bitstream on players which detect that; of course this means you'll have to manually set your player's output to PCM if you have a receiver (like mine) that refuses to Pro-Logic decode 2-channel DTS tracks and your player has full onboard DTS decoding.

Hearing-impaired subtitles have been included, though they include an amusing error where the text code to show some lines in italics is shown (I can't duplicate it here as it's the same code used on this site and would cause unintended italics.) 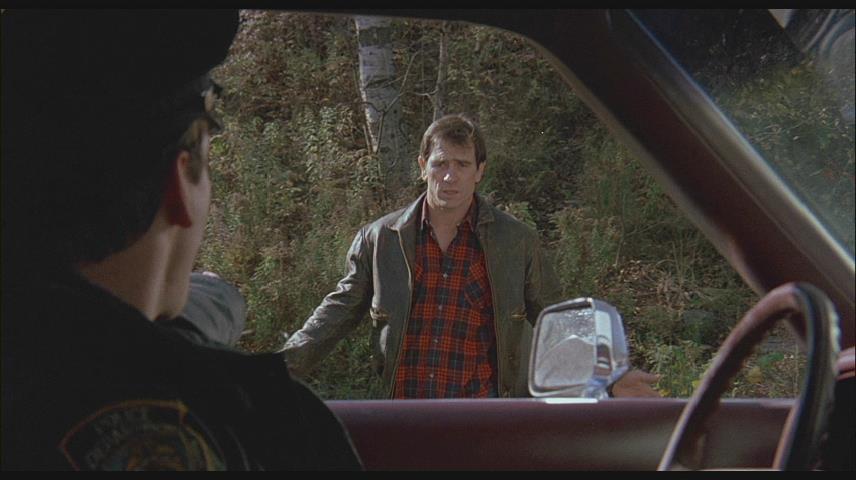 An audio commentary with Mondo Digital's Nathaniel Thompson is the main extra here. He gives a good amount of information through the first half of the movie, including backgrounds of the writers, cast and crew and the context of its 1985 release- name-dropping several other movies of the period as being worthy viewings if you enjoyed this one. He does seem to run out of material before the end, wrapping up right when the end credits start rolling.

A theatrical trailer is included (in 4x3 standard-def) as well as some for other movies with cast members in common: Blown Away and Busting in standard-def widescreen, The Package upscaled from a 4x3 analog source and hi-def trailers for The Taking of Pelham One Two Three and Report to the Commissioner. 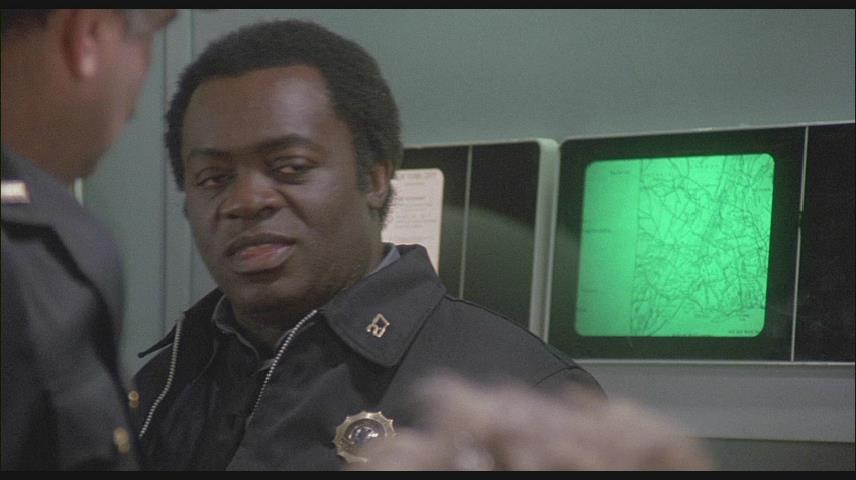 The Park is Mine is an entertaining albeit low-budget effort from the 80s with Tommy Lee Jones coming into his prime and an always-welcome Tangerine Dream music score. Although I have to wonder why it was transferred with such high brightness levels, most fans will likely be glad to have this back in print after being only available on VHS until now.