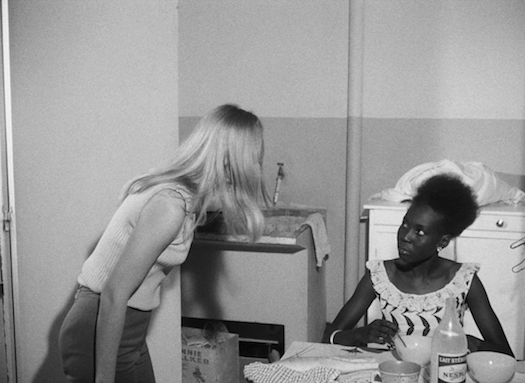 Ousmane Sembène is a name that, sadly, is known only to the most hardcore fans of arthouse film. In the early '60s, Sembène switched from writing novels to making films as a conscious effort to try to reach a non-elite audience. But local bans, plus bans from the French government, often kept the Senegalese filmmaker's work from reaching its intended audience.

Watching Sembène's first feature from 1966, Black Girl (La Noire de...), it's easy to see why this director might end up on the wrong side of a government censor. With Senegal only a few years into its official independence, the film boldly refuses to paint a rosy picture of post-colonial life. The film tackles racism with powerful simplicity, by telling the tragic story of a young Senegalese woman who takes a job in France as a white couple's governess but ends up as a put-upon near-slave.

Diouana (Mbissine Thérèse Diop) is young, naive, and proud. When Diouana arrives in France at the beginning of the film, she is dressed in a flashy dress (a hand-me-down from her French employer, it turns out) as though she is ready to sample nightlife on the Riviera. Diouana encounters the first of many unpleasant surprises when she discovers the children she is meant to be watching are nowhere to be found. Her bosses, referred to only as the "Madame" and the "Monsieur" (Anne-Marie Jelinek and Robert Fontaine), never explain the children's absence but put Diouana to work, cleaning and doing household chores.

Diouana says very little to the Madame and the Monsieur, but Sembène fills most of these quiet moments with Diouana's charged inner monologue. As she mops the floor, pointedly wearing jewelry and one of her party dresses, Diouana protests internally that she was not hired as a maid. As if as a rejoinder to this unheard complaint, the Madame tells Diouana to make a "nice" lunch for some guests who will be arriving shortly. She wasn't hired as a cook either, but why should that make a difference to the Madame?

The lunch scene is jaw-dropping in the way it portrays French whites flippantly discounting and degrading Diouana for being a black African. A lot of virtual ink has been spilled about whites asking to touch black women's hair, but those interactions pale when compared to the moment in this film where one of the lunch guests stands up and kisses Diouana in front of everyone because he's "never kissed a Negress before." Later, Madame lies when one of the guests asks if Diouana can speak French, and she implies that Diouana just intuits commands like an animal. Sembène stages these interactions so off-handedly that they create a momentary disconnect: did I really just see that?

The film's action sticks largely to the confines of the tiny apartment, except for flashbacks to Diouana's time in Senegal. Sembène creates an ironic juxtaposition between Diana's happy acceptance of work from the white family, plus her anticipation of moving to France, with the soul-crushing reality that she faces once she actually arrives. In Senegal, Madame is gracious, and Diouana is satisfied keeping an eye on her three kids. In France, Madame becomes a mercurial tyrant, and Diouana is forced to perform whatever tasks she decrees. (The Monsieur meanwhile seems more down-to-earth, but he chooses to pour himself into a bottle of cognac rather than confront his wife about her despicable behavior.) Sembène does not use these flashbacks to portray Senegal as some kind of paradise lost, but one instead feels him gently implicating Diouana, and her impetuous decision to leave her family and friends for the promises of the white world, as a contribution to her own downfall.

Black Girl is powerful not just because it has a strong political viewpoint, but because Sembène is an elegant storyteller. Not to be a cynic, but it's not hard to get angry when presented with social injustice. Sembène's film hits hard because he successfully translates his righteous anger into a compact, compelling narrative that vibrates with acutely observed reality. 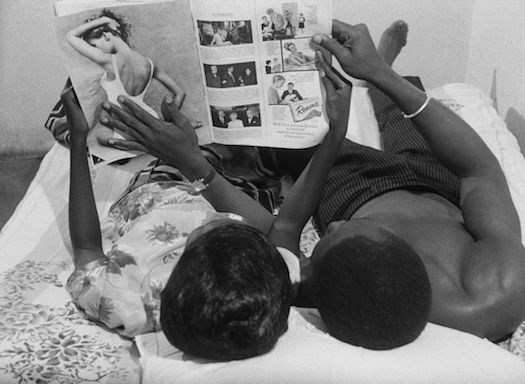 The Blu-ray
Black Girl is packaged with a fold-out booklet featuring an essay by Ashley Clark.

The Video:
Sourced from a 4K scan, it is little surprise that this AVC-encoded 1080p 1.37:1 transfer is an enormous improvement over the 2005 DVD. Christian Lacoste's cinematography feels of a piece with the half-stylized/half-off-the-cuff work of his contemporaries in the French New Wave, and this transfer translates the more exquisitely sculpted images and the more run-and-gun shots with equal effectiveness. Detail, depth, and contrast are all impressive. Some shots shows signs of irreparable spotting and damage, but the image is stable and clean for the most part.

The Audio:
The French LPCM mono audio (with optional English subtitles) is as crisply remastered as the video. Much of the dialogue was dubbed in later, so there is sometimes a bit of disconnect between the actors and their supposed voices, but there are no significant issues with damage or general audibility.

(HD, 19:52) - Gadjigo, who co-directed the documentary Sembene!, talks about Sembène's place in history as the first major international filmmaker originating from Africa, and as a filmmaker driven by opposing the status quo. 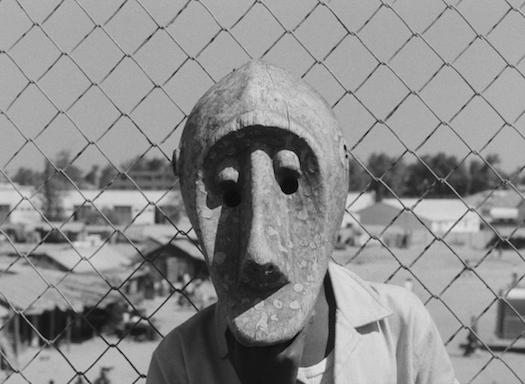