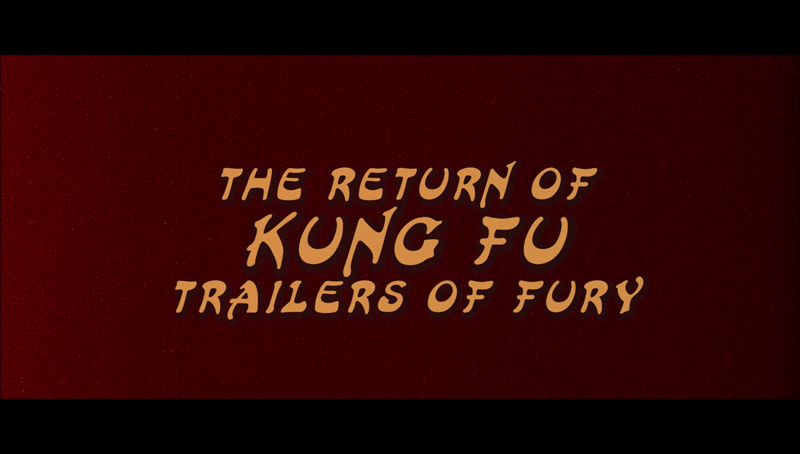 
The Movie
Severin brought us Kung-Fu Trailers of Fury a year ago, a collection of previews for martial-arts films of various renown. Apparently it did well enough--and Severin found enough interesting trailers--to make a sequel, the appropriately-titled Return of Kung-Fu Trailers of Fury, which provides a peek at 35 more old-school kung-fu movies, most of which you've never heard of, but which have a certain something that makes them worth watching for a moment or two.

Whether you're talking about delightfully-named films like White-Haired Devil Lady and Snuff-Bottle Connection or obvious titles like The Super Kung-Fu Fighter and The Guy with Secret Kung-Fu, these movies display all the hallmarks of classic kung-fu, like the over-the-top sound effects, the methodical fight choreography and the ridiculous special effects. They all tend to share a few other similarities as well, with little concern about revealing almost the entire plot and and a very hard sell, with hilariously hyperbolic on-screen text and narration. 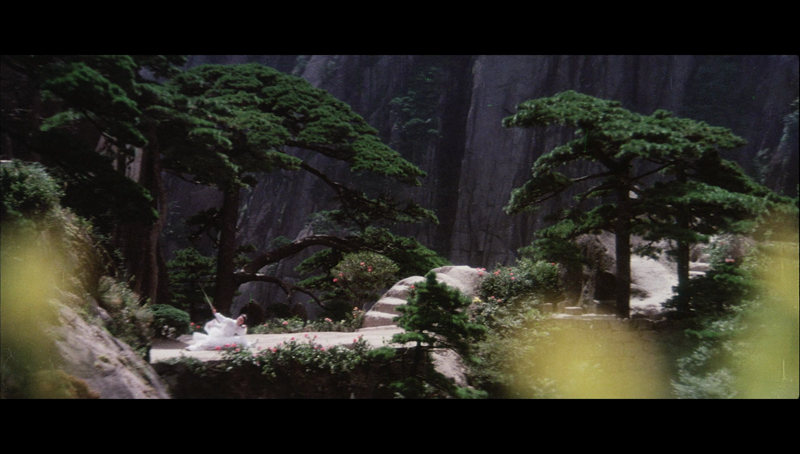 There are some gems among the lesser-known titles in this collection, chief among them is Kung-Fu Master Named Drunk Cat, the one film that was instantly recognizable, with star Simon Yuen (Drunken Master). The appeal of this action comedy is utterly obvious during the course of this trailer, which includes an amusing fight with a living sparring dummy. Other than that, the most memorable clips are from China's first color, animated film, the surreal The Story of Chinese Gods, the previously mentioned and simply gorgeous White-Haired Devil Lady, the U.S.-based (and disco flavored) The Old Master, the insane Silent Romance and the the fascinatingly unusual Itchy Fingers. There are a few duds in the bunch, like the fight-free Big Leap Forward, but overall the batting average is quite high.

Though there are a number of high points throughout--and they are reasonably paced throughout the runtime--with the exception of the highlights, many of the trailers are interchangeable, with a number of traditional wuxia period pieces, master/student relationships and a few Chinese takes on American B-movie tropes. Take away the titles, and many could bleed from one into another. It just goes to show that the trailers' short length is perfect for enjoying many of these films, because if you stack a bunch of them together, they get to be a bit much.

Here's the rundown of the trailers included: 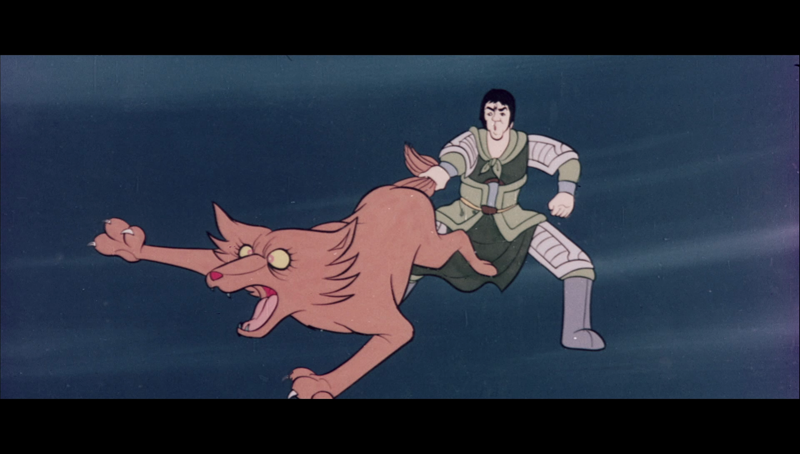 The Disc
Return of Kung Fu Trailers of Fury arrives on one Blu-ray, packed in a standard Blu-ray keepcase. The disc has a static menu with options to watch the film, select scenes and check out the special features. There are no audio options, but subtitles are available in English.

The Quality
Naturally, the AVC-encoded 1080p video here is a mixed bag, as the video comes from a variety of sources and eras, but overall it looks surprisingly good, despite the presence of a good deal of damage in some cases. Nothing is hard to watch, and the disc introduces no new issues. Color is hit or miss, depending on age or budget, ranging from slightly washed out to rather vibrant, while the level of fine detail follows a similar pattern though it's mostly solid, showing off a good deal of texture. Considering the treatment many of the these trailers have received over the decades due to their respective levels of cinematic anonymity, the results are quite good.

The Dolby Digital 2.0 track in here does the best it can with the material it's working with, which means a very straightforward, right-down-the-middle audio presentation. That's not a negative, considering most of the trailers (if not all of them) were likely presented with mono sound originally. The audio is clean and surprisingly free of distortion, allowing you to enjoy every ping and whatever that sound is when people jump. Dialogue seems clean (though I can't speak to how understandable it is) and music has been given appropriate separation from the rest of the elements. Nothing about the sound gave pause.

The Extras
The only extra on this volume of the series is an audio commentary with author Ric Meyers, Frank Djeng (NY Asian Film Festival), martial-arts instructor Greg Schiller and Drunken Master Video's Rick Stelow. It's basically four die-hard kung-fu fans getting together to chat about their favorite genre, with Djeng providing much of the detail (with more knowledge of Chinese culture and having watched many of the films during his youth in Hong Kong.) Though it's enjoyable to watch the trailers, watching them with this discussion makes it more enlightening and educational for the uninitiated. 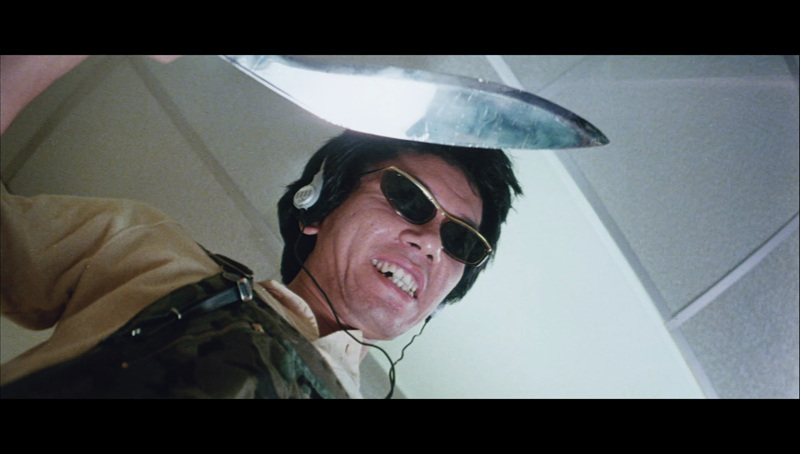 The Bottom Line
Good memories of watching weekend afternoon kung-fu movies on TV has translated to an adult love of those films, but if I happen upon a film, I'm not likely to turn it off. Thus, two hours of teases was easy to sit through, even if they start to bleed together and become repetitive at times. But add in an informative commentary from some real kung-fu fans and the package becomes that much better, with good sights and sounds (comparable to the age and rarity of the materials.) If you enjoy kung-fu flicks and don't have a lot in your collection, or you want to discover some new obscure titles to check out, set aside a few hours for this dive into the archives. Francis Rizzo III is a native Long Islander, where he works in academia. In his spare time, he enjoys watching hockey, writing and spending time with his wife, daughter and puppy.Follow him on Twitter