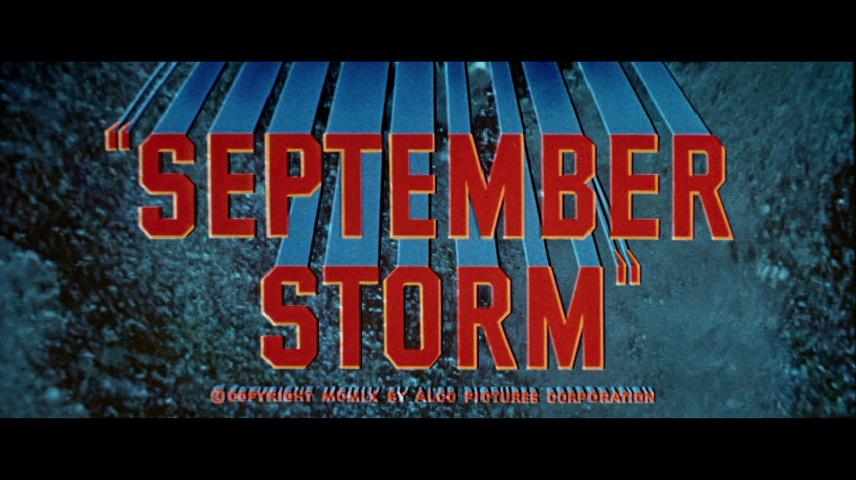 As a long-time fan of 3D with most of my knowledge learned from the 1983 book "Amazing 3-D" by Hal Morgan and Dan Symmes, I have to admit that I had not heard of September Storm, originally released in 1960, until Bob Furmanek's 3D Film Archive announced that it had taken on the task of restoring it. It was considered a "lost" 3D movie as it had never been seen in 3D after its theatrical release, and the only 2D copies were of rather low quality. A Kickstarter fund was launched for people to contribute money towards the restoration, and amazingly it collected over $30,000 which was enough to cover the expenses (yet the electronics companies are still saying there's "little interest" in 3D!) Ironically this movie was released by 20th Century Fox, who after 1953's 3D movie Inferno decided to instead back CinemaScope (hailed as "the modern miracle you see without glasses!") September Storm combined CinemaScope (although it was actually shot in Superscope, with the widescreen image cropped from a 4x3 frame similar to the later Super 35 process) AND 3D, billed this time as Stereo Vision. Like many of the 3D movies of the 1950s, the movie was sold as an experience with the story seeming to play second fiddle. 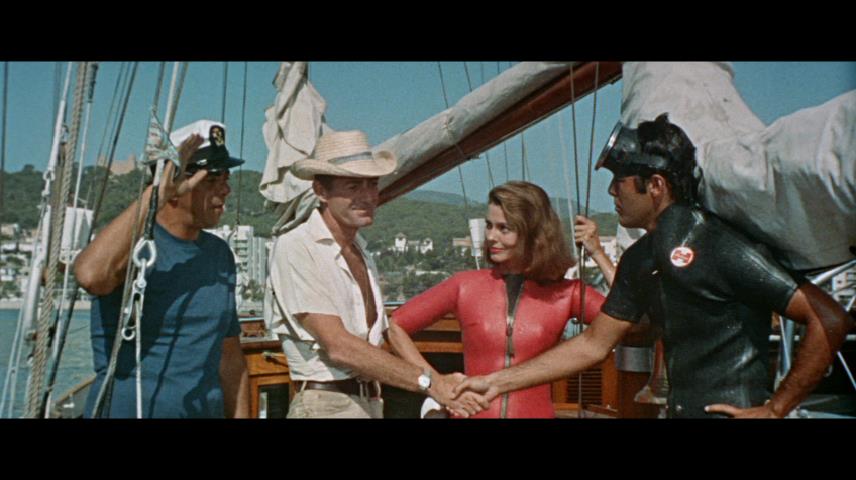 The story is that of a treasure hunt. We first meet model Anne Traymore (Joanne Dru, who had previously appeared in the 3D western Outlaw Territory also known as Hannah Lee) on a solo vacation in the Mediterranean. While diving, she bumps into Manuel (Asher Dann, whom the producers expected would be a hot new star but this was the only movie he appeared in), who works as a caretaker for boats in the area owned by wealthy people- but he often lies and passes the boats off as his own. A particularly impressive ship that he claims is his is actually owned by the wealthy LeClerc (Jean-Pierre Kerien), who conveniently has taken a trip to Paris and will be away for a few weeks. This lets Manuel take up an offer from a pair of schemers Joe (Mark Stevens) and Ernie (Robert Strauss), who know of a sunken ship with millions of dollars' worth of gold coins still on board and need a boat of their own to charter and retrieve the treasure.

The movie's title comes from a rather brutal storm that hits the expedition at the movie's half-way point. Overall however, the promotional materials make September Storm appear to be more exciting than it actually is. In its relatively short 90-minute running time, the expedition doesn't even leave the harbor until 30 minutes into it, preceded by a lot of talking and some extended footage of flamenco dancers that the group decides to watch while discussing the plan. Once they hit the high seas, they spend much time bickering amongst each other as well, with all three men having their eyes on Anne but her not being into any of them. Other than her having a sense of adventure it's not too clear why else she was even invited along, but she'll get a fourth of the proceeds if they're successful. Overall this movie reminded me a lot of 1969's Shark!, which also implied deep-sea thrills that only slightly materialized with more of the focus on bickering between the treasure hunters.

Still, September Storm now has the advantage of time on its side where the dated elements can be looked at more fondly, and like last year's 3D Blu-Ray release of Gog the most important thing here is that this is a movie that was close to being lost forever that has now been made viewable in near-pristine quality and available to a wide audience. The negatives for both eye views were difficult to track down, and once found they were suffering from vinegar syndrome, which would have rendered them unusable had the transfers not been done quickly. This is a very nice movie to look at, with the 3D (shot with the same dual camera rig as Bwana Devil) being strong but not calling a lot of attention to itself. You'll certainly notice the depth in most shots, from the scenic waters to the inside of the ship, but there aren't any gratuitous gimmick shots and when viewed in 2D you could hardly guess that it was shot in 3D. That may be a good thing to some, or not to others. 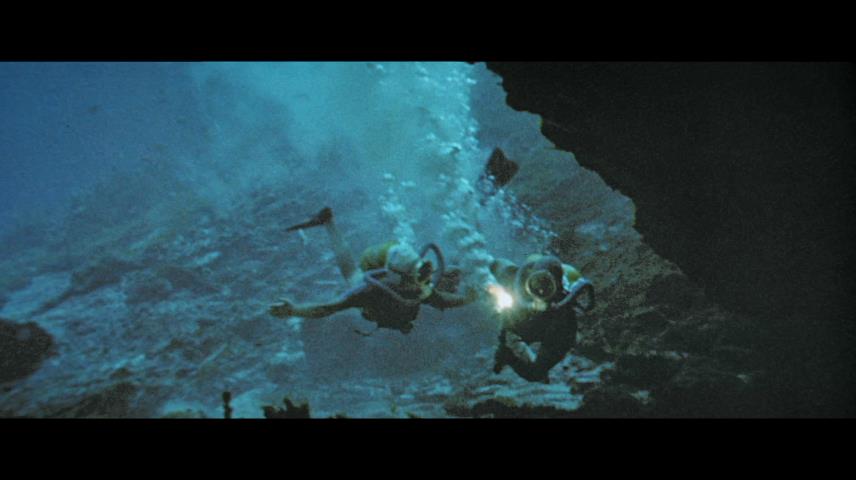 Whatever the condition of the film elements, this Blu-Ray disc came out very nicely. The 2.35 image appears just a bit grainy due to the cropped Superscope process, with colors that favor blue to match the aquatic theme. As with 3D Film Archive's other titles, this likely looks better here than it did originally in theaters. As mentioned the 3D is consistently strong but not gimmicky- the best effects are underwater shots with fish appearing in front of and far into the screen. The only sign of the film elements not being in perfect shape is a few minor scratches visible in the left eye in a few scenes. The disc includes a 2D viewing option which shows just the left eye view. I watched the movie a second time in 2D and while it didn't look obvious that there was something missing, the movie was certainly much more dull this way.

The mono audio track is presented in 2-channel DTS Master Audio and stays properly centered. Quality is reasonably clean though not spectacular, about on par with optical film sound. 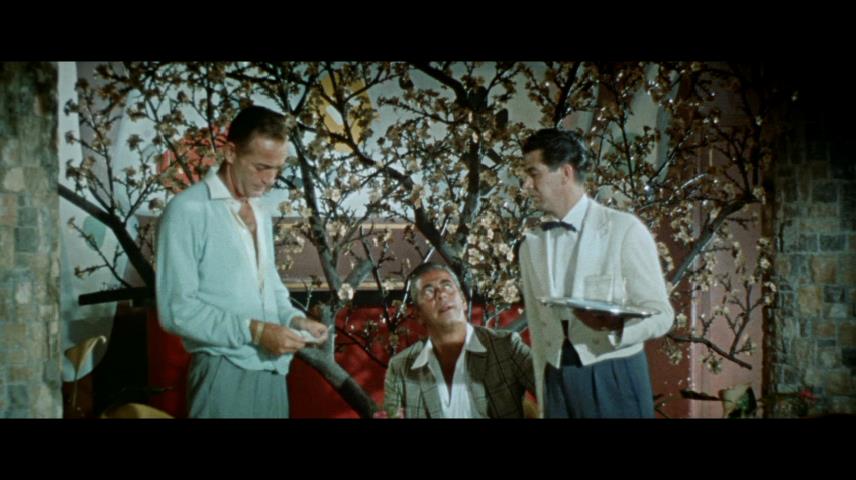 An interesting assortment of extras have been collected for this disc. The first is an interview with star Asher Dann, shot last summer in 3D with digital cameras. He talks about his memories shooting the movie and the promises of stardom from the producers that didn't materialize afterwards, although he did end up becoming the first manager for The Doors. A 2D theatrical trailer that pretty much gives away the ending is also included, along with a black and white TV spot (mastered from film elements) which appears to show the full 4x3 frame of the camera negatives giving us an idea of what was cropped from the top and bottom for the widescreen release. As with Kino's other 3D releases, the 2D material is still flagged for 3D so your display will stay properly adjusted for viewing with 3D glasses on. 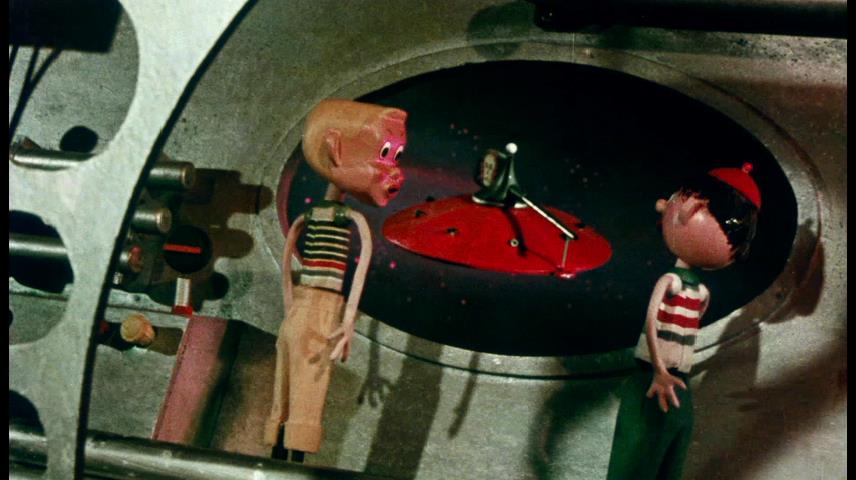 September Storm's original release included the 3D stop-motion animated short "Space Attack" which is presented here under its original title "The Adventures of Sam Space." This was included previously on the "3D Rarities" disc but is nice to have here for immediate showing before the movie. 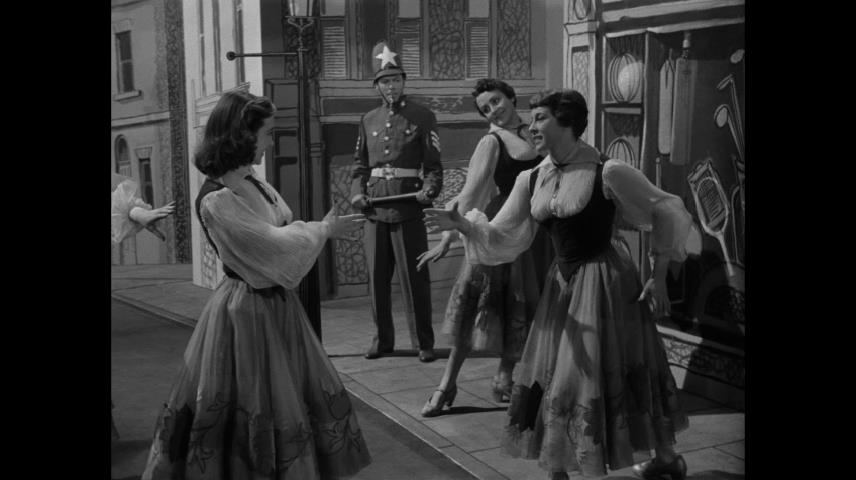 The real prize here is an unrelated short film that was discovered by 3D Film Archive in time to include on this disc: "Harmony Lane," a British short made in 1953 in black and white 3D, but never seen in this format until now. A cop strolls along a stage set depicting a city street, and peeking into windows and around the buildings finds several song-and-dance acts which the film shows the entirety of. Notes presented onscreen before this starts say that the bit with juggler Jack Kelly was cut from the eventual 2D showings, and only one eye view of this sequence was found so unfortunately the movie goes flat for that part. It's still a very enjoyable short with interesting uses of 3D (one number has a man singing along with a gramophone with its speaker pointed at the camera and protruding from the screen) and I honestly liked this a lot more than the feature film- I'd say this short makes the disc worth buying for it alone. Preceding this short is a short video of "Harmony Lane"'s director Lewis Gilbert discussing how embarrassed he was to see this film shown in 2D, and being glad that he used a pseudonym for his screen credit. This segment is on the disc's menu before the short itself, so seeing it first is a bit confusing but makes sense afterwards. 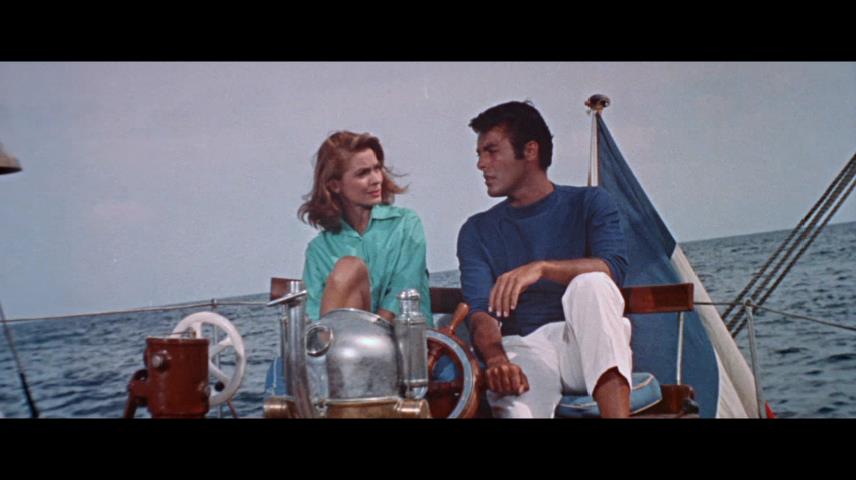 While I didn't think too much of September Storm as a movie, I still think that all films should be preserved for all time and commend 3D Film Archive and those who donated (a complete list of donors is shown after the movie, with a number of familiar names.) That enough money was raised to fund this movie's restoration, particularly based on its being shot in 3D, shows that there certainly is ample interest in 3D despite the recent contrary claims of electronics companies. (The announcement at this year's CES show in January that NONE of the coming year's TVs would include 3D prompted me to buy one of LG's models from last year, which has far better 3D than the Sharp I had previously. If they were trying to get people in a mad rush to buy up 3D sets now, it worked and hopefully will help reverse their decisions.) As Kino is not even pricing this at a premium the way the major studios have with most of their 3D titles, everyone who wants to see home 3D continue should buy it just to show support. The "Harmony Lane" short alone is worth the price of this disc.