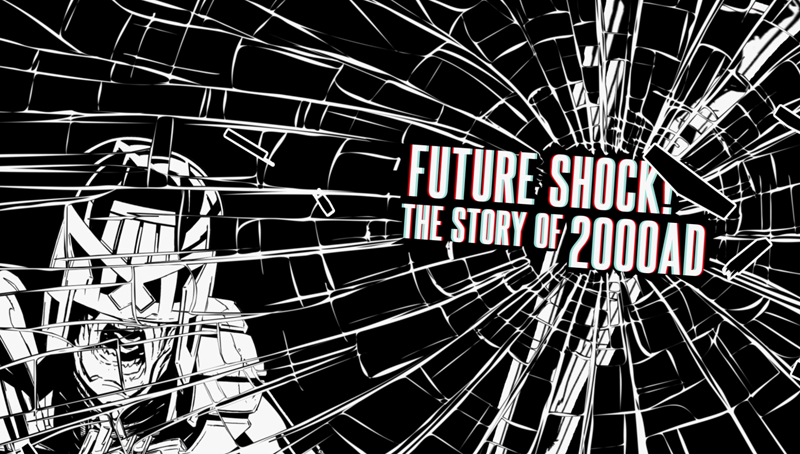 
The Movie
Unless you're a hardcore comics fan, there's a good chance you've never even heard of 2000AD, an anthology that's one of England's most beloved comic-book series, but you're quite possibly aware of its biggest star, Judge Dredd, the authoritarian, violence-dealing lawman best known stateside for the awful Sylvester Stallone film adaptation and the later, far-better Karl Urban take. But the British institution is way more than just the home of Dredd and, more importantly, it was the training ground for a wave of some of the greatest comics creators ever.

Of course, the story of a long-running comic book and its wonderful crew of writers and artists would hardly make for the most compelling documentary, but fortunately for Paul Goodwin, director of Future Shock!: The Story of 2000AD, there was plenty of drama behind the scenes of 2000AD, which gives the film flashpoints to build the comic's history around (with high and very low points). Pacing is strong, despite a compartmentalized structure featuring blocks that cover the series' key characters--like Dredd, Strontium Dog and Rogue Trooper--along with the various stages in the comic's progress through time, feeling remarkably similar to the National Lampoon documentary Drunk Stoned Brilliant Dead. A tight chronology ensures the film keeps moving forward. 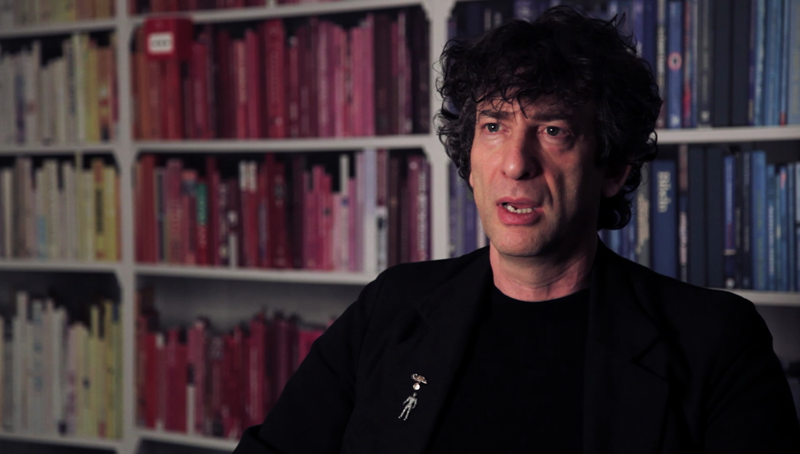 Two elements ensure that the film is interesting whether you care about 2000AD or not (and personally I've never read a single issue.) First is the discussion of how the series mirrors the culture around it, serving as an entertaining metaphor for not just Britain in the 1970s, but for the culture clash between England and America, as the film explores the intriguing, evolving and at times contentious relationship between 2000AD and its spiritual cross-pond offspring Vertigo Comics. It's interesting to hear the perspective of the editor left behind when creators leave behind their roots for the big-time of American comic companies, particularly if you've enjoyed the work that's resulted from what could be seen as abandonment.

Just as valuable to the film's entertainment value as the big-picture storylines is the host of personalities on hand to discuss 2000AD. Having a brilliant creative crew translated well into having brilliant commentators, including Sandman creator Neil Gaiman, Arkham Asylum's Grant Morrison, Batman writer Alan Grant, Watchmen co-creator Dave Gibbons and 2000AD founder Pat Mills, along with a host of people from in and around the comic's orbit, including Judge Dredd creators John Wagner and Carlos Ezquerra, artist Brian Bolland and Vertigo editor Karen Berger, as well as famous fans like Anthrax' Scott Ian, Portishead's Geoff Barrow and Timecrimes director Nacho Vigalondo. When you combine so many great minds, not to mention so many outspoken voices, all of whom are passionate about what they do and enjoy, you end up with an enjoyable retrospective.

Helping with that is the use of impressive motion-graphic animation of the artwork from 2000AD, which adds excitement to the proceedings, and gets across the readers' enthusiasm for the action on the page far better than the usual Ken Burns treatment of still images. Though well-staged interviews (with varied staging to boot) help create visual panache, the stylish treatment of the comic art imbues the film with an energy that might be otherwise missing from a film about static drawings on paper. It's the proper match for the energy in the stories and the drama they are conveying. 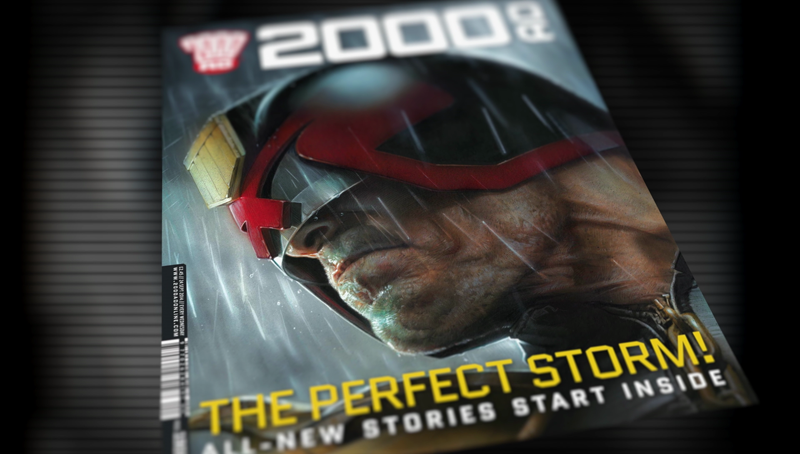 The Disc
Severin's release of Future Shock!: The Story of 2000AD arrives on one disc, held in a standard Blu-Ray keepcase. The Blu-ray offers a slightly-animated menu that includes options to watch the film, select scenes, adjust the setup and check out the extras. There are no audio options, but subtitles are available in English.

The Quality
The 1080p, 1.78:1 AVC-encoded transfer here, made up mainly of newly-shot interviews, supplemented by a small batch of archival footage and some sharp animated sequences, looks great, with an appropriately sharp and colorful image that features solid fine detail and decent black levels. (though overall the film is rather brightly lit.) The motion-comic style animation (based on the series' monochromatic line art) is crisp and clean, while the video overall is free of any noteable digital distractions.

The audio, presented as a LPCM 2.0 track, is the only place where any issues crop up, as there's an unbalance in the mix, as the film's powerful, driving soundtrack (which certainly captures the feel of the comic's attitude) arrives at a higher level than the voices of those interviewed, which results in a need to ride your volume controls to listen appropriately. Aside from the music overpowering the dialogue a bit, the film sounds quite nice, though no matter how clear it gets, understanding some of the voices will be difficult (looking at you, Morrison.)

The Extras
Severin's release of Future Shock! will be followed by a British release by Arrow Video, which will include the same spread of extras, with the exception of a new 25-minute interview with former 2000AD editor Steve MacManus, who doesn't seem to appear in the film proper. Otherwise, Severin has delivered the goods, starting with a quartet of extended sequences, which can be viewed separately or in one stretch. They begin with "2000AD vs the USA" (15:11), which looks at the creative differences between the UK and the colonies to excellent effect, leading into "Dredd 2012 - True in Spirit" (13:05), a look at the attempt to create a more faithful film adaptation, through interviews with Urban and screenwriter Alex Garland. A further explanation of the character of Judge Dredd (13:42) focuses a bit on what it's like to draw a guy who never removes his helmet, while "Cheap Entertainment: The Appeal of Comics" (9:00) explores what makes comics popular and why the 2000AD crew love to make them.

Up next are five "Behind the Strips" featurettes, which go more in-depth with the creators of a selection of popular 2000AD characters, including Peter Milligan on Bad Company (4:50), Morrison and Gaiman discussing their Future Shocks entries (8:01), Gibbons and Cam Kennedy on Rogue Trooper (7:30), Mills talking about his Irish barbarian Slaine (11:28) and Ezquerra on Strontium Dog (5:22). Unsurprisingly, Morrison and Gaiman are the most enjoyable contributors, but learning more about these leading characters is interesting in its own right.

There are six "production extras" available to check out, which are odds and ends, beginning with "Art Blast: Jock and Henry Flint" (4:03). The two artists draw (in sped-up footage) ink art of Judge Dredd and Nemesis the Warlock, respectively, and the results are rather impressive. Then, we get a 2:04 blooper reel, with flubs from several participants, including Gaiman. Mills takes the camera crew to Kings Reach Tower (5:53), which served as the first home of 2000AD, and tells tales of the early days, while another featurette gives a peek at the recording of the film's score (3:47). This section wraps up with a pair of trailers: an effective festival teaser trailer (2:06) which gets right to the heart of the matter, and a UK release trailer (2:04), which is somehow shorter than the teaser.

The final collection of extras features extended interviews, and this is the true meat of the bonus content. Though disappointingly (and rather shockingly) Gaiman's interview is the shortest at 17:35, there's a ton here to wade through, with lengthy chats with Morrison (34:14), Berger (34:50), Mills (a whopping 1:27:13) and Gibbons (48:31). Though they are all enjoyable to watch (especially the delightful Morrison) and loaded with background info, Berger's will likely be of the most interest to American viewers, as she lays out what's basically the origins of Vertigo Comics. Though they don't really tie tightly to the film's story, their presence is certainly welcome as part of comics history. 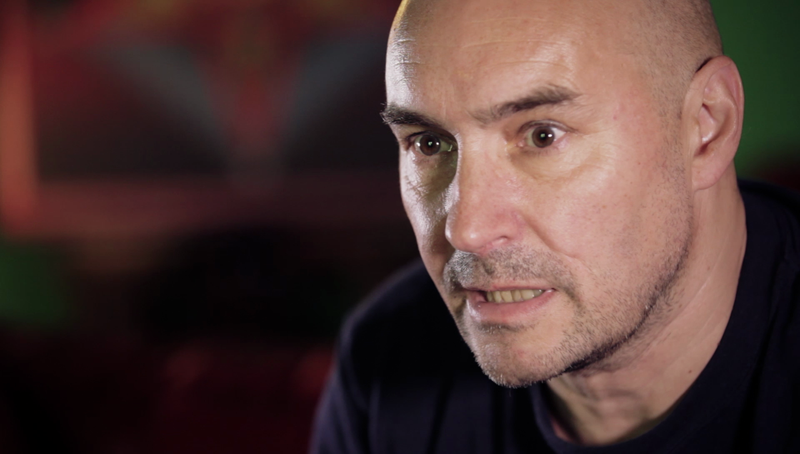 The Bottom Line
A film about a cult comic book best known in another country could easily have been just an inside-baseball affair, but Future Shock! does a nice job of welcoming newcomers to the party, exploring the history of a niche institution and making it universal for viewers who may not be invested in 2000AD. Severin's done a fine job of bringing the film to home video, with high quality and a wealth of bonus content that makes importing Arrow's upcoming UK release a luxury at best.