"Where Willard ended, Ben begins." It even replays the ending of Willard over the opening credits- an ending that had me asking "So THEN what happened?" Well, despite all of that happening to one person in a large house full of rats, it turns out one way or another people on the outside found out about it quickly and crowded around outside watching as the authorities went in to check it out. Discovering the large colony of rats living inside, plans are immediately made to send in an exterminator and gas them all out of existence- but Ben, one of the only two rats Willard connected with enough to name, overhears this and is smart enough to actually understand. He then communicates to his fellow rats that they've got to pack up and head for the sewers before that actually happens. 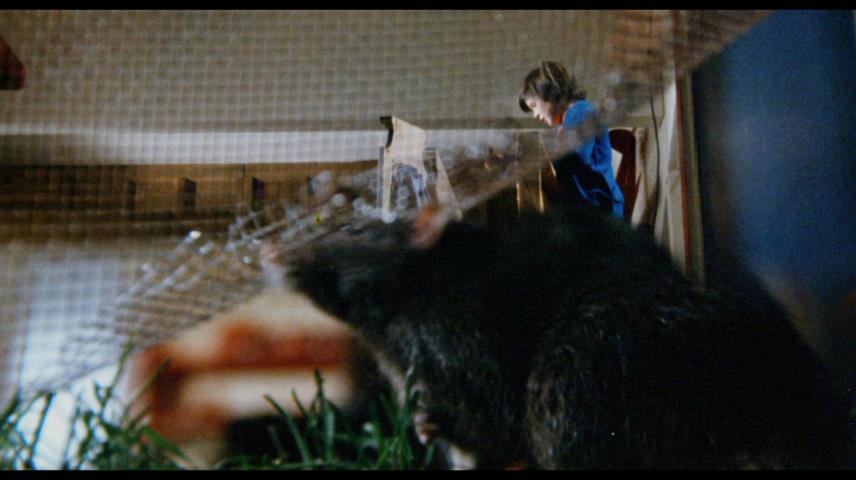 Enter young Danny (Lee Montgomery)- a good-natured young kid with a few problems including an absent father and an early heart condition. He lives with his mom (Rosemary Murphy) and older sister Eve (Meredith Baxter ten years prior to becoming Mrs. Keaton on "Family Ties," which Montgomery also appeared on one episode of) about 2 blocks away from Willard's home, and seems to prefer spending time alone building and playing with marionettes in a workshop behind the house when he's not brushing up on his songwriting at the piano. Ben happens to peek inside his workshop and they have an instant connection. Ben and his rat friends shack up in the sewer nearby but drop by to visit Danny at home and around the area, even helping him get even with a local bully. Danny tells Ben that he's the best friend he's ever had, often said by kids to their animal friends in movies of this period.

Meanwhile the authorities are still mulling over Willard's house for clues as to what happened over there. A quick explanation comes with discovering a diary that Willard kept (not really apparent in the previous movie, but whatever) and reading that he had learned how to communicate with the rats- such a big discovery that the local paper prints it for the whole town to find out about. When Danny hears this, he figures that it's easy enough for him to do the same thing. Even with a human friend the gang of rats still can't help causing enough trouble to upset the rest of the human population- their antics include invading the supermarket at night (back when they would actually be closed at those hours) and having a feast of early-70s cereal, then invading a health club (with groovy 70s décor) and scaring the daylights out of everyone there. A detective played by Joseph Campanella questions Danny about his knowledge of this, but he plays innocent and protects the rats from extermination.

Though billed as a "horror" film, Ben plays more like a made-for-TV family drama with some rat infestations happening on the side. Montgomery's performance as Danny makes it easy to side with him for most of the film, as he and Ben seem to "get" each other and everyone else just doesn't understand- though it seems like the rats ought to at least try being nicer to the other humans and not destroy so much of their stuff. Like Willard, the editing makes the rodent cast more believable as characters than one would expect, usually cutting to close-ups of Ben's face implying his reaction to something that just happened or was said. This movie is of course also notable for "Ben's Song," which became a hit for Michael Jackson in 1972- though Danny actually sings it first on camera while at the piano; Jackson's version isn't heard until the end. 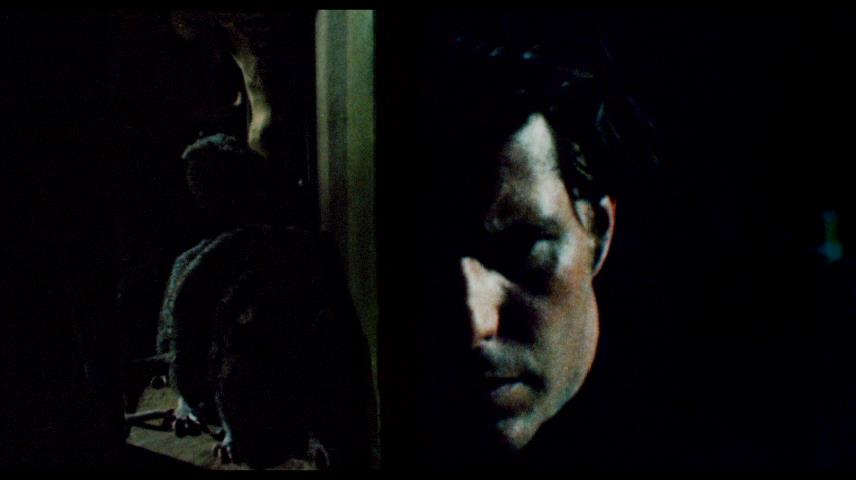 The Blu-Ray disc is preceded by a notice from Shout Factory that the transfer was made from an archival print, as the original negatives couldn't be located. As this movie has never even been on DVD before (its last video appearance was on the defunct Prism label in the 80s, which Image Entertainment also licensed for laserdisc) most will be happy just to have this as it is, but it's definitely one of the "rougher" hi-def transfers I've seen. Colors seem a bit muted and washed out, with whites prevalent and the picture looking a bit out of focus, possibly the way it was intended to look. (Conversely the Blu-Ray of Willard looks almost TOO clean in parts.) There's no noticeable dirt or scratches however, nor any changeover cues or any other telltale signs that this was transferred from a theatrical print. I did notice a bit of noise in the transfer in dark scenes that looked a bit like analog video noise, which I have also noticed on at least one or two other Blu-Rays of older movies. Like Willard a standard DVD is also included- I would have rather just had the two films on Blu-Ray together in one case rather than being separate as Blu-Ray/DVD combos, but I guess some people still want regular DVDs. While the DVD doesn't show many of the format's usual limitations due to the source material, the Blu-Ray disc still delivers the better picture of the two.

The mono audio mix (which the disc's menu is quick to call "original") recorded by Glen Glenn Sound is presented on the Blu-Ray in 2-channel DTS Master Audio (2-channel Dolby Digital on the DVD) and stays properly centered. Like the picture quality, the sound is a bit rough around the edges but suitable for this kind of movie. The volume level is quite low, forcing me to turn my sound up far past the usual setting just to hear it at a normal level. Both discs also include hearing-impaired subtitles. 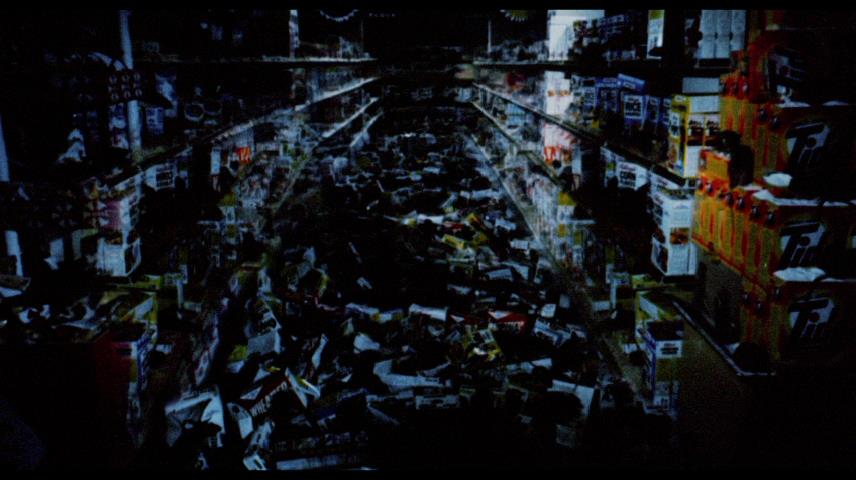 Mondo Digital's Nathaniel Thompson joins star Lee Montgomery in the present day along with an unnamed female friend for a commentary track which is quite entertaining. Thompson says that he was enthusiastic about the movie business from a young age and appreciated meeting many legendary stars, including Danny Kaye who visited the set of Ben one day during filming. The fact that rats love peanut butter and that was the key to getting them to do many of the things we see them do in the movie is made clear under no uncertain terms- the commentary on the Willard disc already makes that quite clear as well. Montgomery also appears on camera for a separate 9-minute interview, looking quite older than he did in the movie. Also included is a 4x3 transfer of the movie's theatrical trailer, two TV spots from film sources, two radio spots and a still gallery including production photos with domestic and foreign posters and lobby cards. 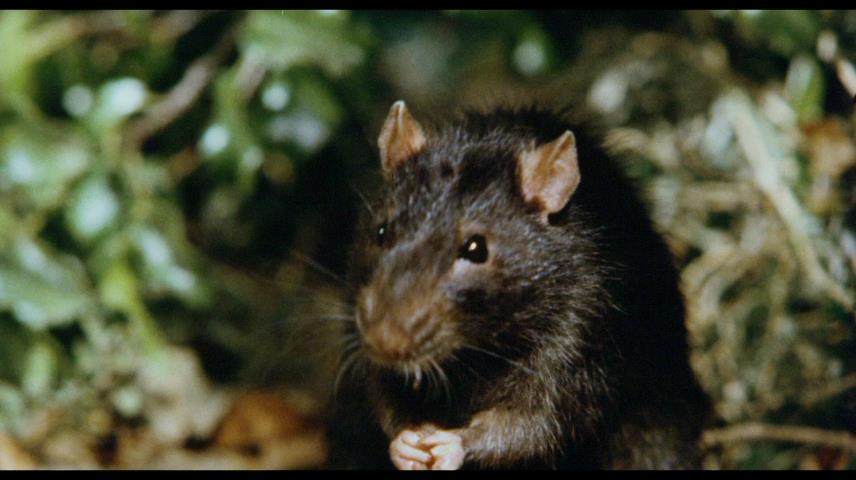 Willard and Ben have been notable MIA titles on DVD, so it's great to see the both of them get belated releases on Blu-Ray disc. While Ben might have scared some audiences in its original 1972 release it's very tame and quaint by today's standard, but for me that was part of the appeal of watching it now.