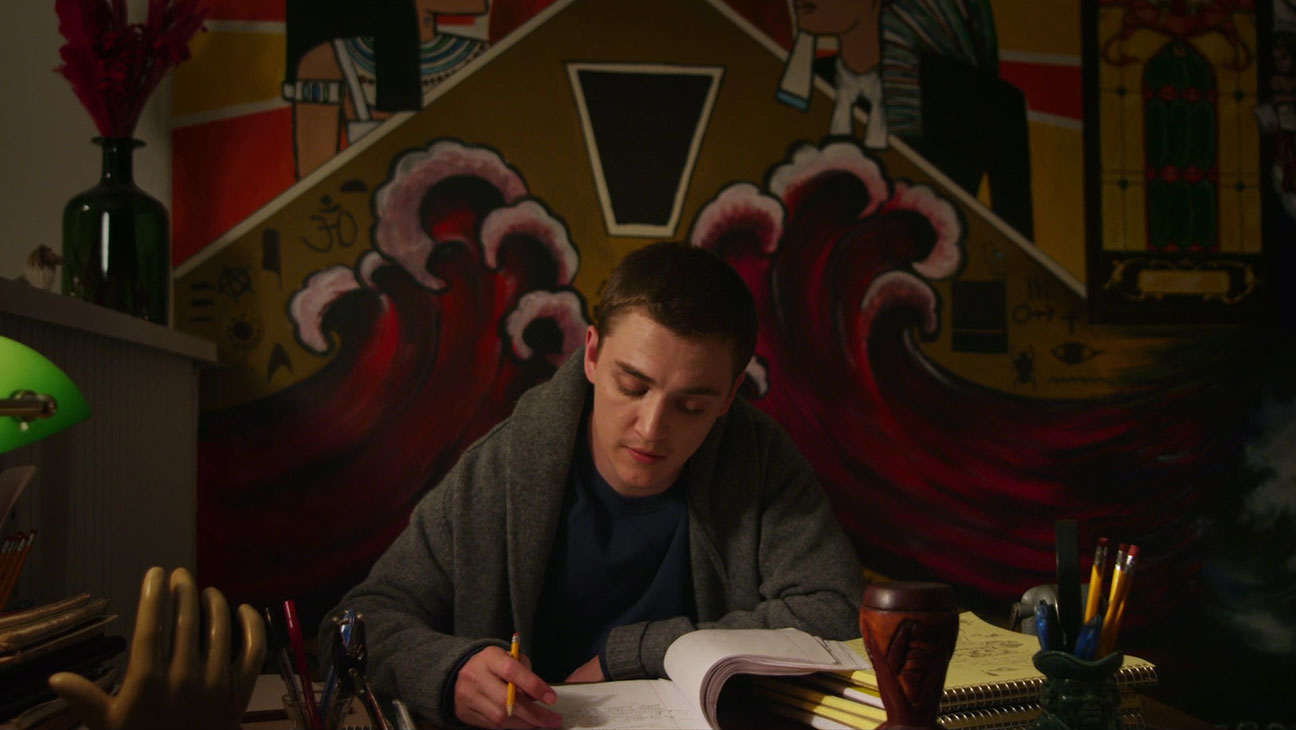 Filmmakers have to get their start somewhere, and Oliver Thompson chose Welcome to Happiness. He directed, wrote, produced, and created the soundtrack for this film, all of which were his first attempts at cinema. Give the guy some credit for effort and for giving his entire self to a movie he must have believed in, but that doesn't mean it all worked as planned. Actually, very little went right, from the casting to the execution, but at least he tried. Amateur filmmakers rarely stumble upon something golden, and they often need a few films in order to find their way. Chalk this bad result up to inexperience and move on; perhaps Thompson will have more to give us another day. 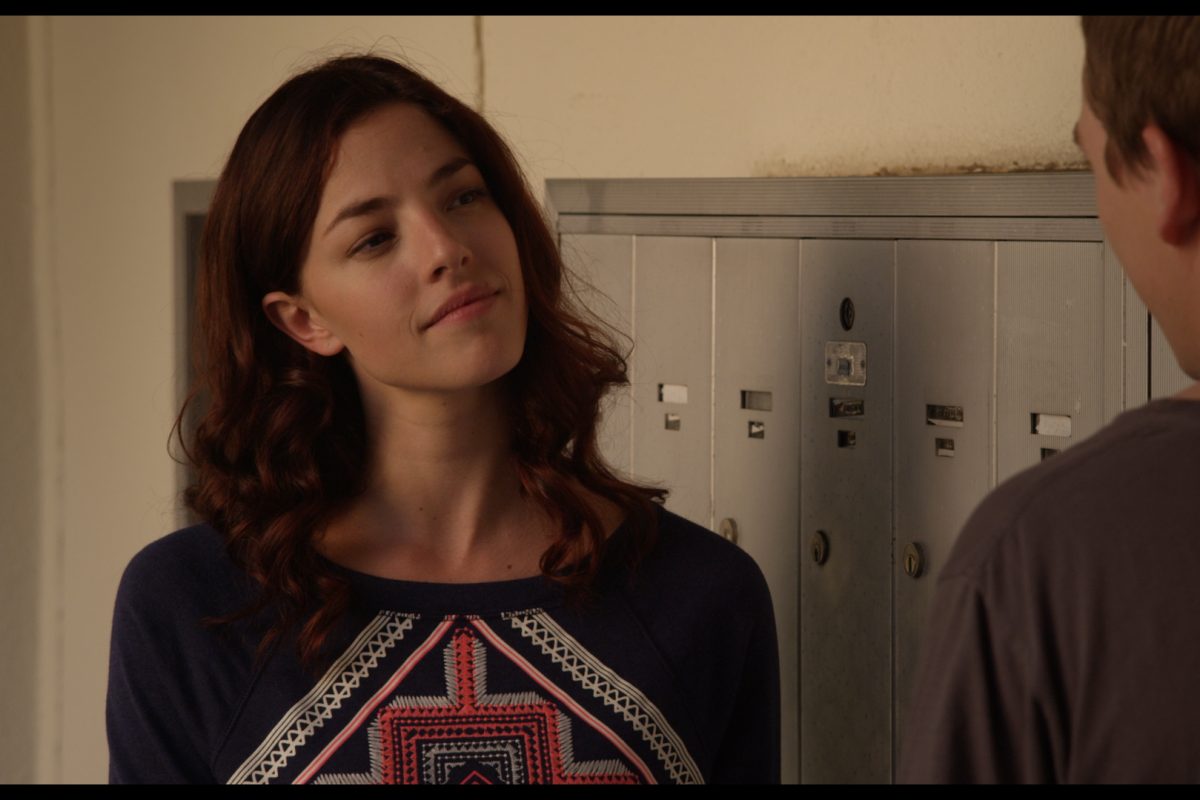 Woody is a children's book author with a very unusual side job; he ushers random strangers through his closet into a magical doorway that fixes their lives. Sounds odd, is odd, but Woody enjoys helping others, and he likes being the manager of something special that brings people such happiness. He's never been through the door himself, doesn't exactly know what's on the other side, but rests easy knowing that those who show up and pass a simple test proving who they are can walk into a better life in a matter of minutes. But when Woody meets a girl who he helped and who has returned to our world, he begins to wonder just why he has never been allowed to experience the joy he helps bring to others.

At the same time, many connected story lines are swirling about the town, merging lives into one another until the entire web wraps around the world like a giant security blanket. Woody dates his beautiful neighbor Trudy and meets her friend Farrah, who only has one hand. A suicidal man named Nyles makes a timely discover that just might keep him from killing himself. A pair of orphaned brothers struggle to cope with the deaths of their parents, regardless of the money and comfort that was left behind. And a strange team of landlord, secretary, and guru weave wacky magic throughout the group until their hearts are full with the knowledge that each life matters in a wonderfully unique way. 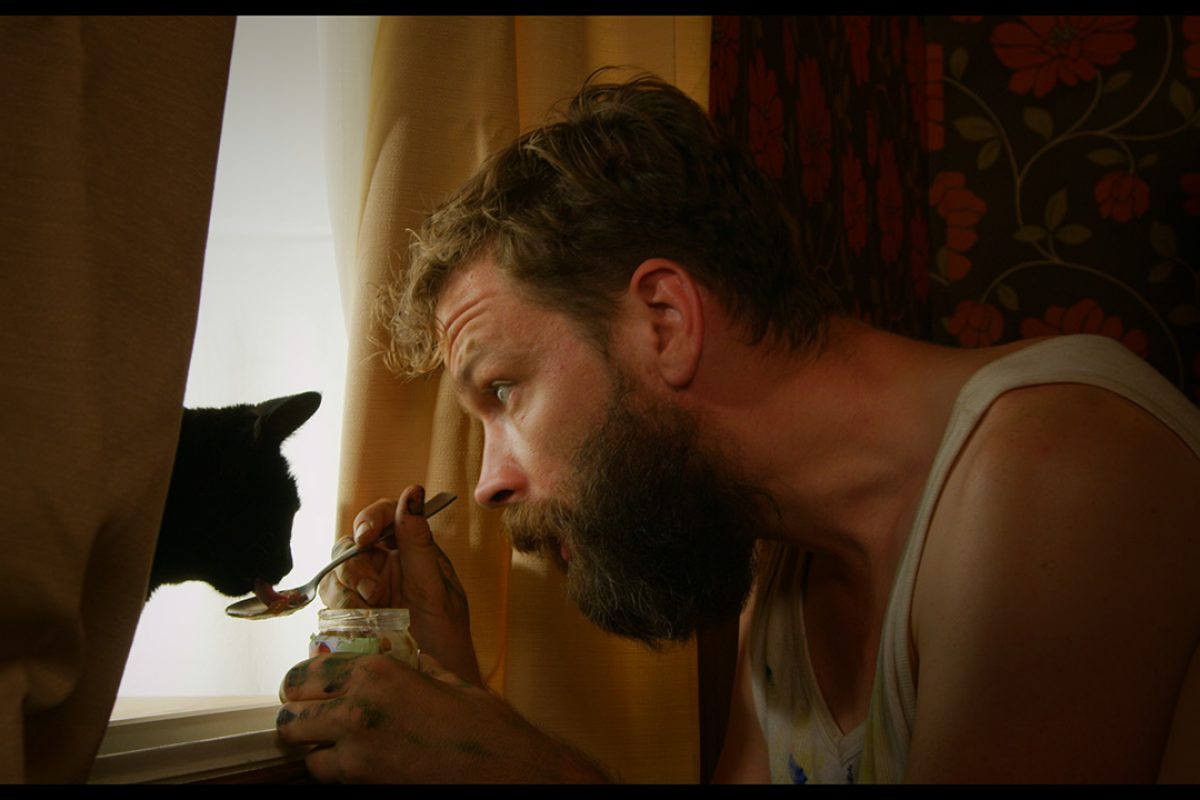 This movie makes very little sense, which I have to assume is what the director was going for. Sure, the plot is resolved in a way, and we do get to see what's on the other side of the door, but the information given us is more existential and less concrete, keeping absolute fact at a distance. Fine, it's a weird indie film, we get it, but I often felt like the director was simply making bits and pieces up as he went along, that nothing was going to come together in a master plan, and it really never did. There was also some copying going on, which isn't surprising from an amateur, a bit of John Malkovich and a bit of Royal Tenenbaums, a combination that works on paper but is hard to swallow when it also feels ripped off.

About an hour into the nearly two hour film, I had the exact sensation that I had received all I would from the movie, that I had understood the point and there would be nothing else to gain from watching the rest. I was right, which left the second half as a bizarre and unnecessary thing that I just couldn't enjoy. The main theme, the odd characters; there were parts that worked, but not enough over a long enough period of time. I didn't like our hero Woody, I felt that he was poorly developed and executed, and I never believed his relationship with the literal girl next door. Nick Offerman and Keegan-Michael Key make appearances, but they don't really bring their unique brands of comedy, and so don't really add anything to the story. Overall, Welcome to Happiness is an unskilled attempt to make something cool that simply doesn't work. 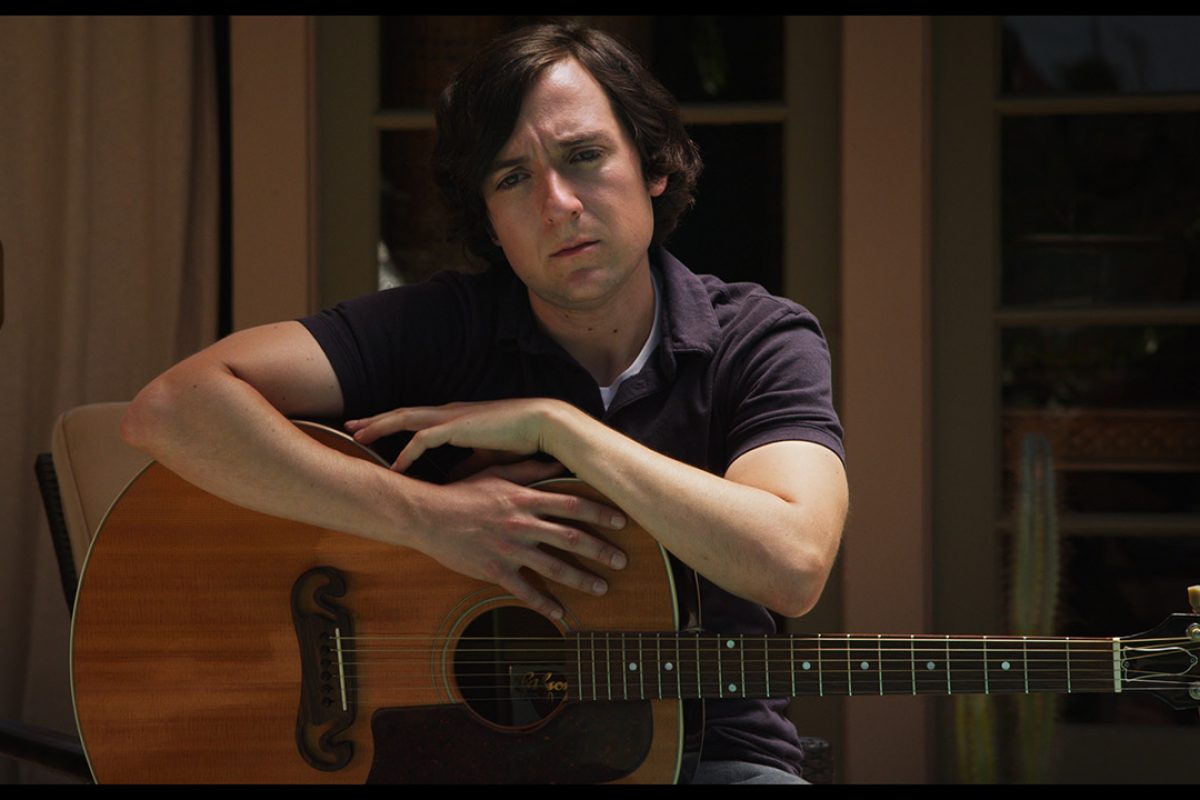 Video: With an aspect ratio of 1.85:1 (16x9), the video quality of the film is fairly benign. More than the actual clarity, I didn't like the camerawork of the movie; it felt very young and unpolished. The picture quality is fine for an indie film, but don't expect more than that.

Audio: The disc is done in English 5.1 Surround, with an option of 2.0 Stereo. Also, audio commentary from the director, cast, and crew can be accessed in this menu. The sound quality was as nondescript as the video, with nothing to remember the next day.

Extras: The only special features on the DVD are two deleted scenes (with or without director commentary) and a trailer for the film. 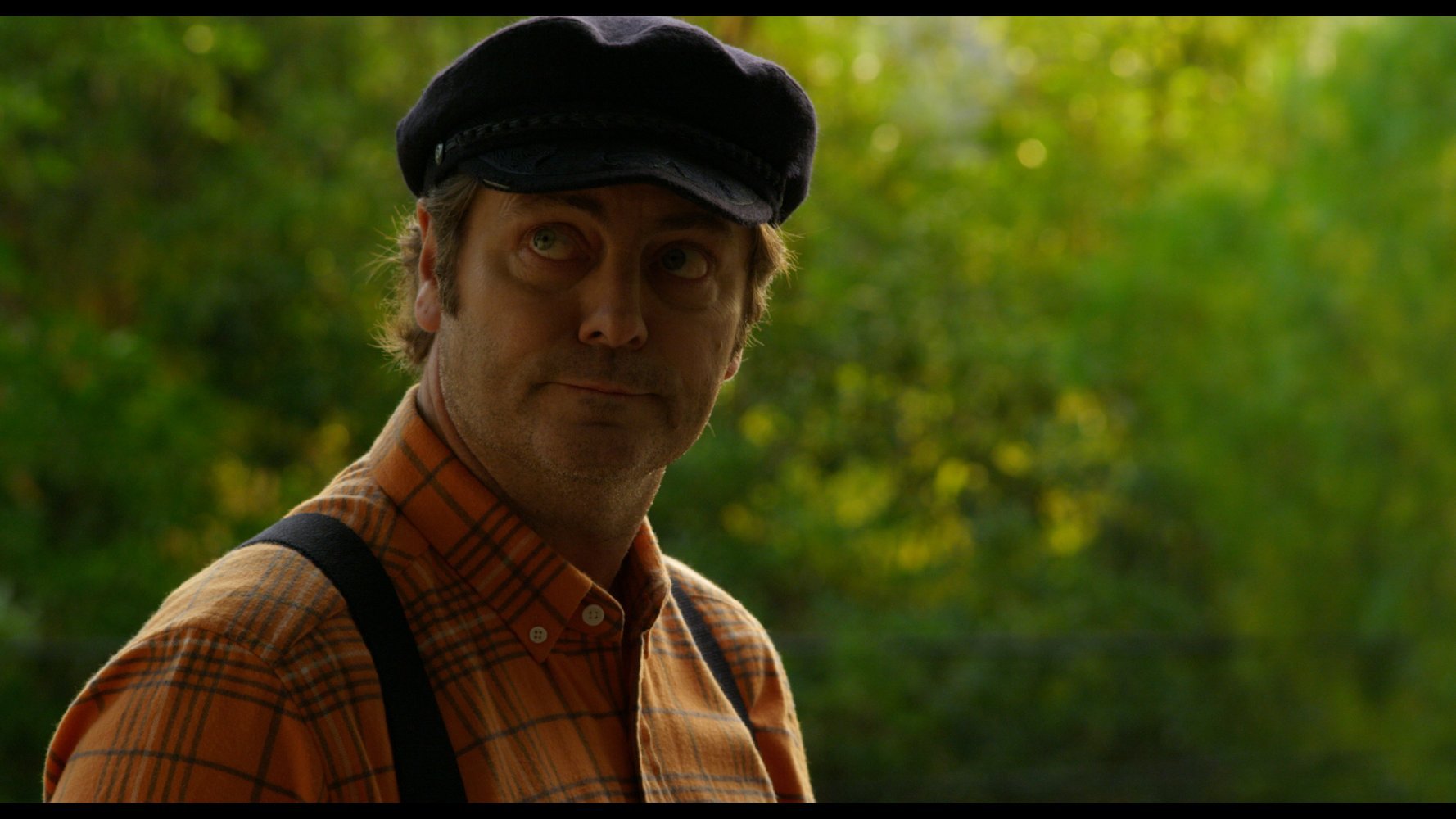 Rent It. With a interesting premise and not much else, Welcome to Happiness will be a disappointment for those looking for a hidden gem. It is far from that, and soon after starting it quickly takes on a specific mood that basically alerts you that the rest of what you are about to see won't be very strong. I hate to judge a film too quickly, but you can see the poor quality and development coming as soon as you pop in the DVD, and the movie doesn't improve given time and a solid chance. The directing just isn't there, the actors just aren't suited to their roles, and the whole project feels under-thought. The video is basic, the audio uninteresting, and there aren't many extras on the disc, so look elsewhere for technical marvels. This movie isn't terrible, but rather weak, and I hope Thompson can step up his game his next time at bat.