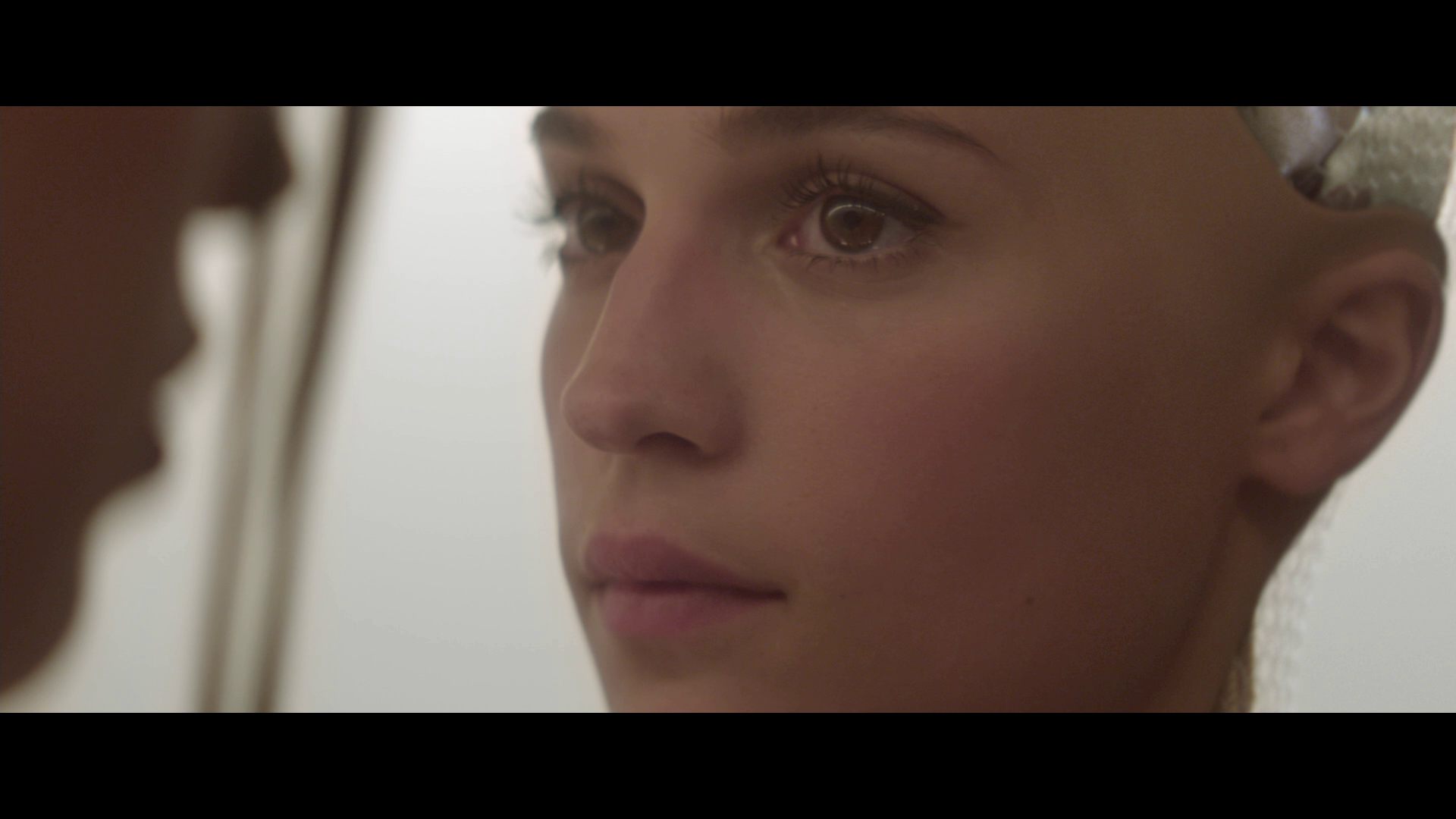 When does a machine gain the right to live? I recall a conversation in Ridley Scott's Blade Runner in which Harrison Ford's Rick Deckard and Joe Turkel's Dr. Eldon Tyrell discuss giving Replicants memories and simulated emotions, something Tyrell insists makes machines easier to control. Conversely, machines plan a mutiny based on these emotional pillows in "Ex Machina," a beautifully straightforward and thought-provoking drama from Alex Garland. In an included Blu-ray extra, members of the cast and crew discuss the ethical quandary that arises once a machine expresses a will to live, to remain plugged in, to keep its simulated memories. This dilemma is personified here by Alicia Vikander, who plays Ava, a robot with artificial intelligence created by the reclusive CEO of a global search engine (Oscar Isaac). Ava befriends and enchants another company employee (Domhnall Gleeson), and exhibits characteristics of deception and fearfulness. Beautifully acted, shot and constructed, Ex Machina is a film that impresses more with each viewing.

Caleb Smith (Gleeson) wins a company lottery and is gifted a trip to visit the remote estate of his boss, Nathan Bateman (Isaac). There, Caleb discovers Nathan is living destructively, drinking himself into a stupor every evening before exercising furiously each morning. He has also created Ava, an objectively beautiful robot he keeps locked inside his modern estate. The lottery was a ruse; Caleb is there to administer a "Turing Test" to Ava to discover whether she is capable of experiencing human emotion or if she is simply mimicking it based on complex programming. If she is truly sentient, erasing Ava's personality is a significant ethical issue. Although it flirts with familiar themes, Ex Machina offers a surprising hero in Ava, who is determined to escape her prison by obliterating any barrier in her path. 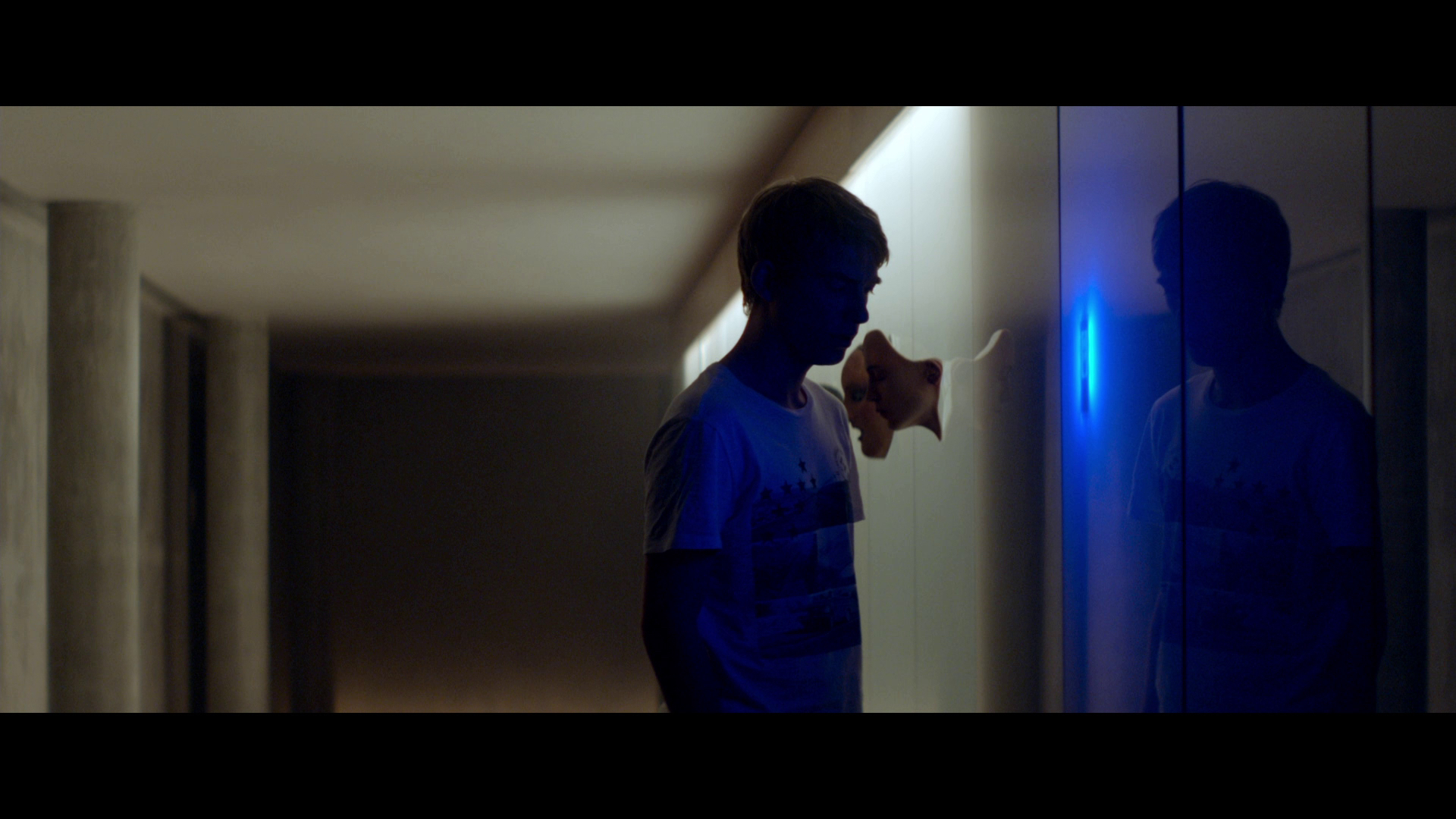 Ex Machina is a subtly gorgeous, lower-budget film. With only a $15-million budget, Ex Machina still offers some of the most seamless, nuanced effects in recent memory. Vikander was shot on set in special skin-tight suits designed to be replaced with visual effects in post-production. The Ava creation, with its neon-realistic innards and beautiful exterior, looks like something out of a $100-million blockbuster. This character would not be effective without Vikander's exceptional performance. More than just a physical beauty, Vikander gives Ava grace and menace and depth. Gleeson plays perfectly against Vikander, and Isaac's Nathan is an interesting, broken livewire. Also fascinating is Kyoko (Sonoya Mizuno), Nathan's housekeeper and personal assistant. Like warm, booze-fueled bliss, Kyoko dances beside Nathan without shame or pretense in one odd, memorable scene. Caleb can only stare in wonder at the bizarre world in which he has been dropped.

Perhaps Ex Machina could have dived slightly deeper into the world of artificial intelligence, ethics and futuristic consumption, but it never panders to its audience, allowing viewers to take what they will from the production. The cinematography, from Rob Hardy, is beautiful, especially in 4K, and the acting is strong across the board. The third act offers suspense and dread, particularly as Ava twists Caleb around her perfectly articulated finger. The explosive, bombastically scored climax reminds viewers who the heroine is. The truncated time period and claustrophobic setting enhance the atmosphere, and each scene feels purposeful. Garland, known for writing Danny Boyle's 28 Days Later and Sunshine, turns in a hell of a directorial debut with Ex Machina. 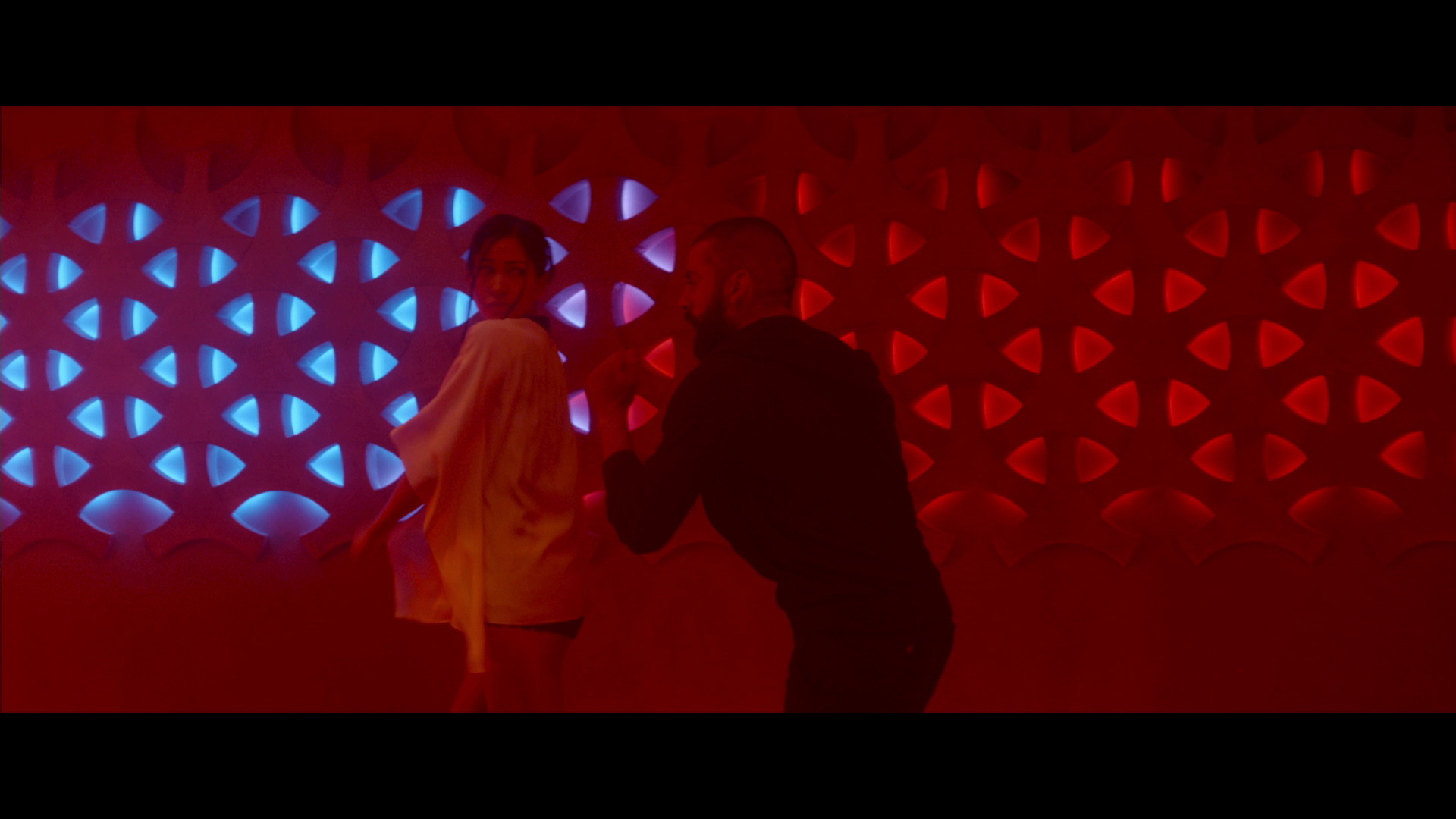 Lionsgate is fast becoming a favorite of mine with its solid, reasonably priced 4K Ultra HD discs. Ex Machina is one of their best releases yet, particularly given its status as a "true" 4K transfer sourced from a 4K digital intermediate and native 4K-shot footage. Lionsgate releases the film with a 2.40:1/2160p/HEVC/H.265 transfer that was given a new HDR pass, and the results are fantastic. Other than some very minor aliasing in a handful of interior shots, this is a wonderfully rich, detailed image. The Blu-ray offered an excellent HD image, but this 4K transfer is improved by deeper, richer colors (those red walls during "blackouts" are insane) and increased fine-object detail. Facial features, set design and exterior textures are dramatically improved in clarity and resolution, and the effects blending maintains realism. Black levels are near perfect, as is shadow detail, and colors never bleed. Contrast is excellent in both low-light and bright, outdoor scenes. Overall, this is a very impressive 4K presentation and a marked improvement from the Blu-ray's image.

The 4K Ultra HD disc recycles the excellent DTS-X track from the Blu-ray, which I sampled as a 7.1 DTS-HD Master Audio downgrade. The mix offers wonderful sound pans and directional dialogue, as well as some truly intense subwoofer-assisted action sequences and musical accompaniments. Each element is layered intricately, and the track is totally free of distortion and hiss. This is a wonderful, theatrical quality mix. The disc also includes 5.1 DTS and DTS Headphone:X tracks and English, English SDH and Spanish subtitles.

This two-disc set includes the 4K Ultra HD disc, a Blu-ray and an UltraViolet HD digital copy. The discs are packed in a black 4K case that is wrapped in a glossy, rounded slipcover. The 4K disc improves on the Blu-ray's slick menus and offers easy scene and soundtrack selections. All of the extras appear on the Blu-ray disc, and the selection is impressive as a whole. Through the Looking Glass: Making Ex Machina (39:59/HD) is a succinct but impressively thorough documentary on the production. The SXSW Q&A with Cast and Crew (60:57/HD) is surprisingly frank and entertaining, and includes remarks from Garland, Hardy, Isaac and others. Finally, you get several Behind-the-Scenes Vignettes (28:40 total/HD), about the director, effects, music, etc.

Alex Garland's directorial debut, Ex Machina, is thought-provoking and exciting, with excellent performances from the principal cast. The film reveals additional layers at each viewing, and the effects are incredible given the minimal budget. Lionsgate's 4K Ultra HD release is excellent, with dramatically improved picture and HDR colors and a host of worthwhile extras on the included Blu-ray disc. Highly Recommended. 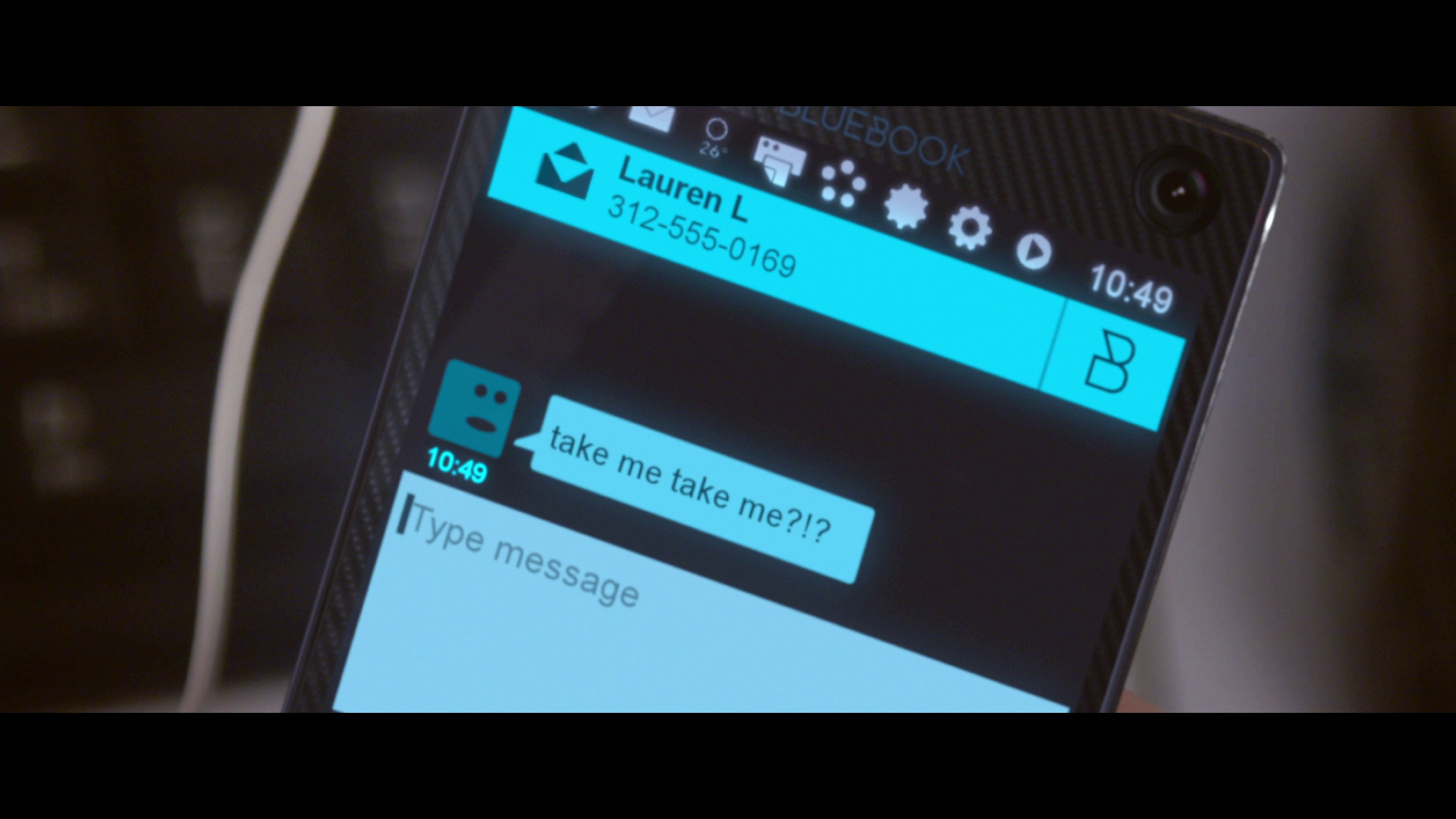 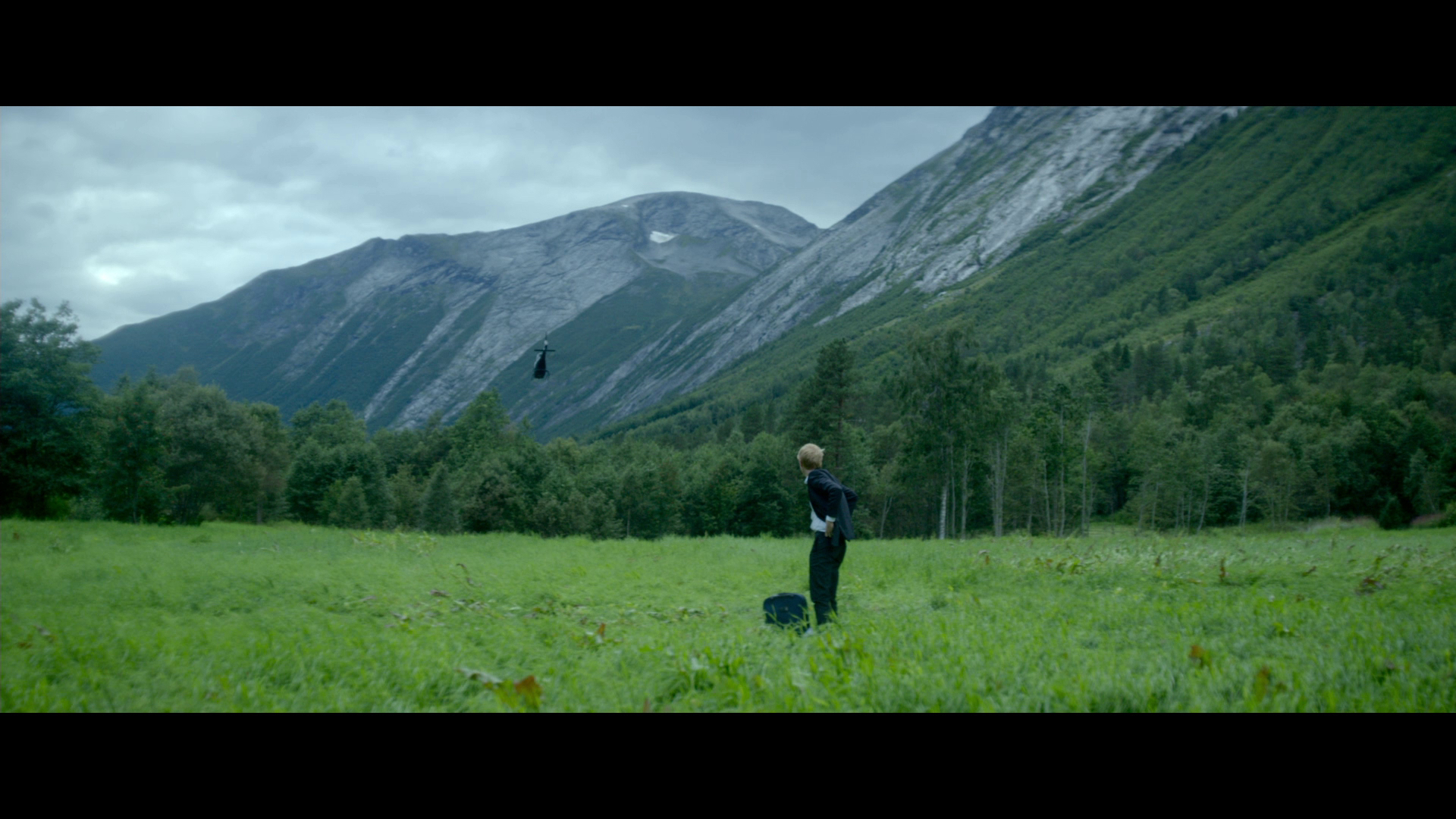 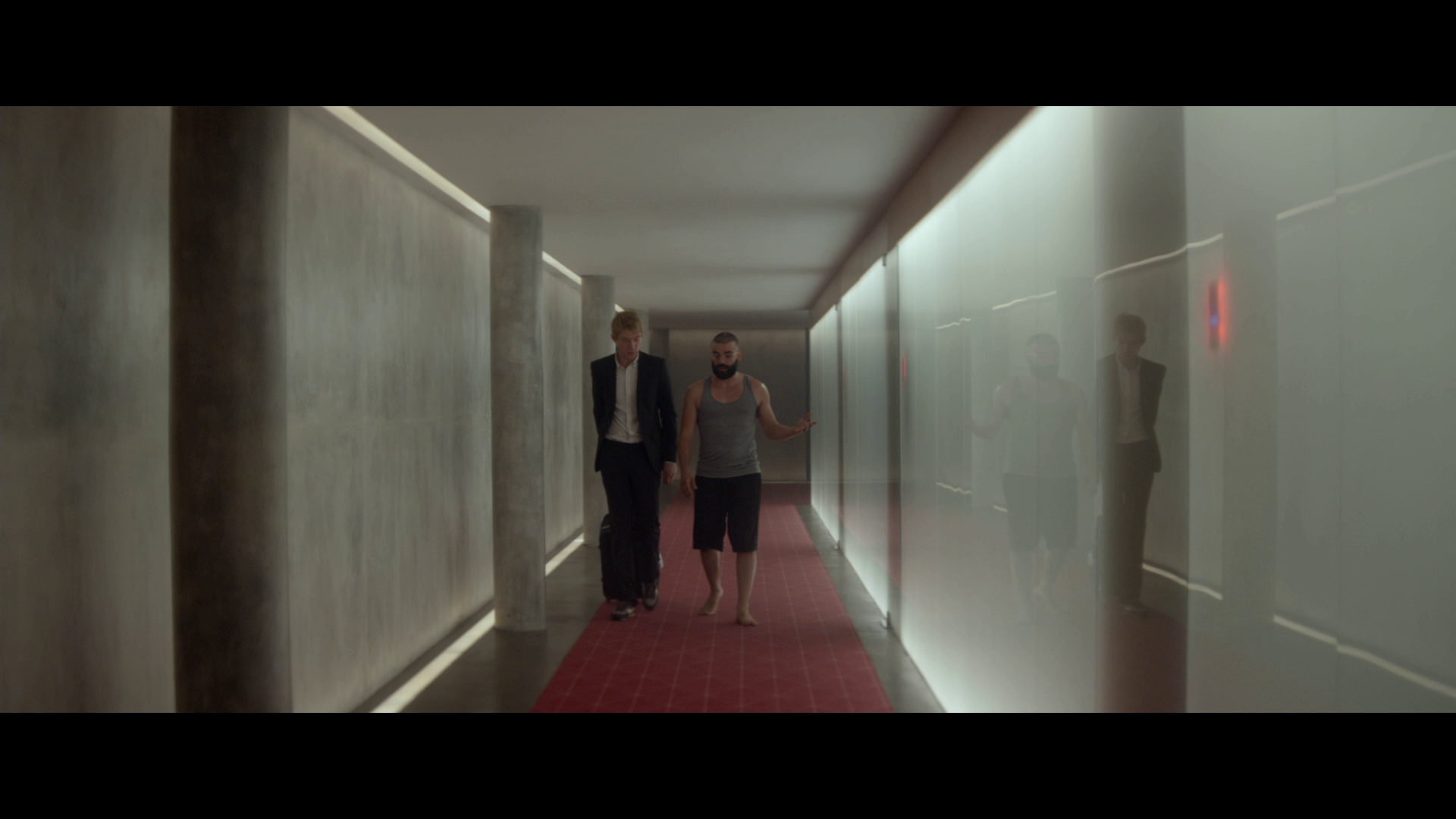 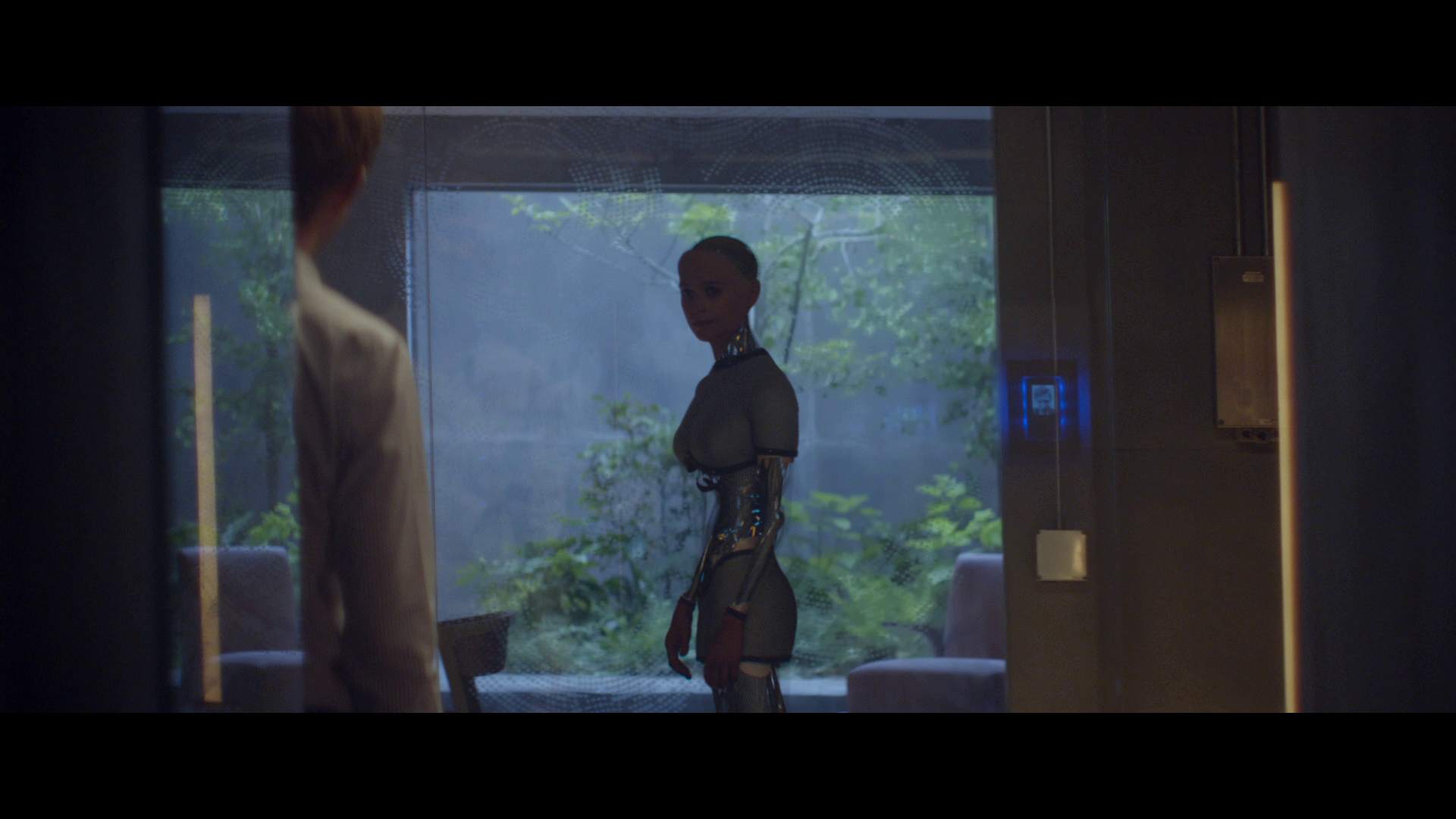 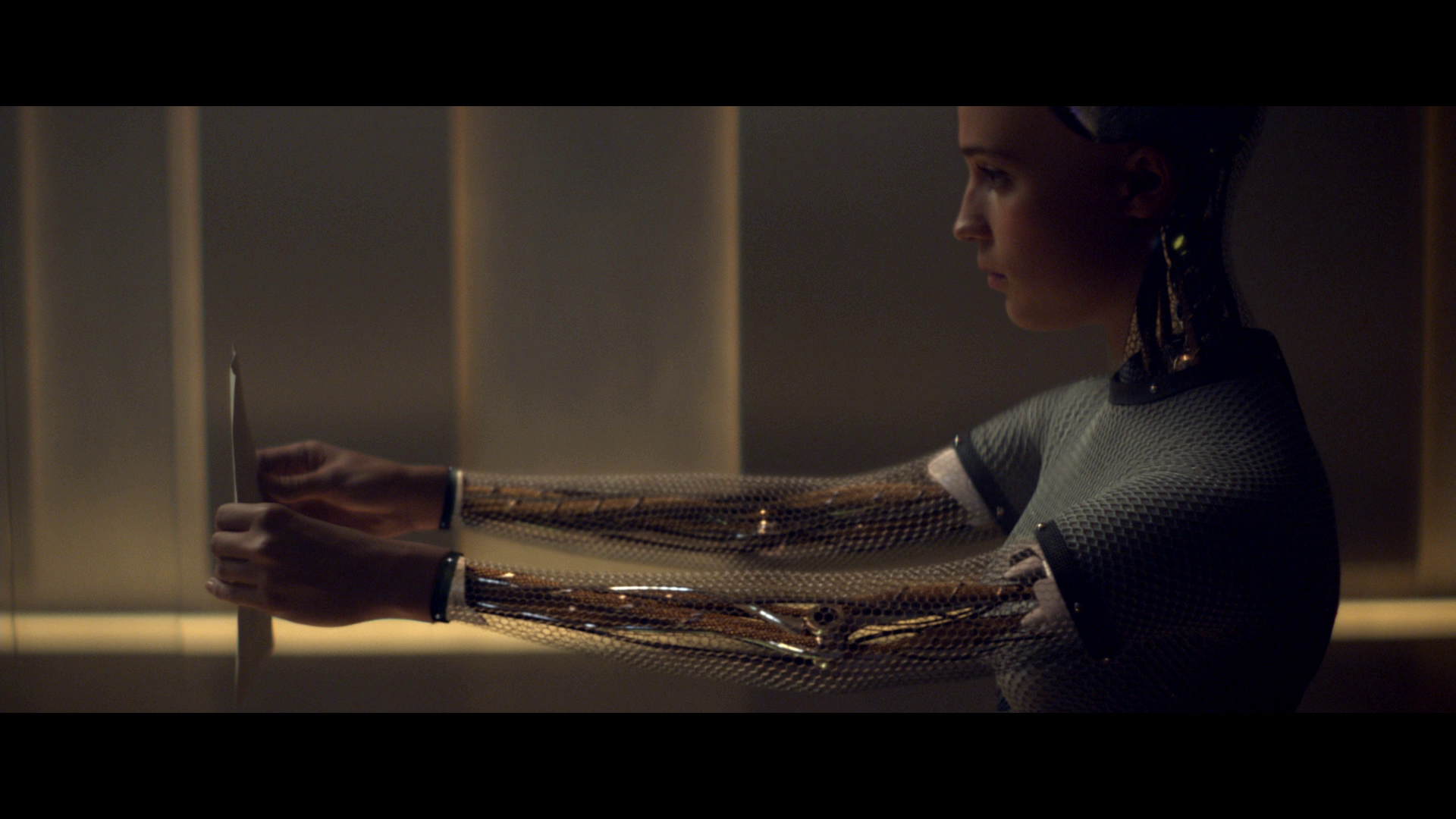 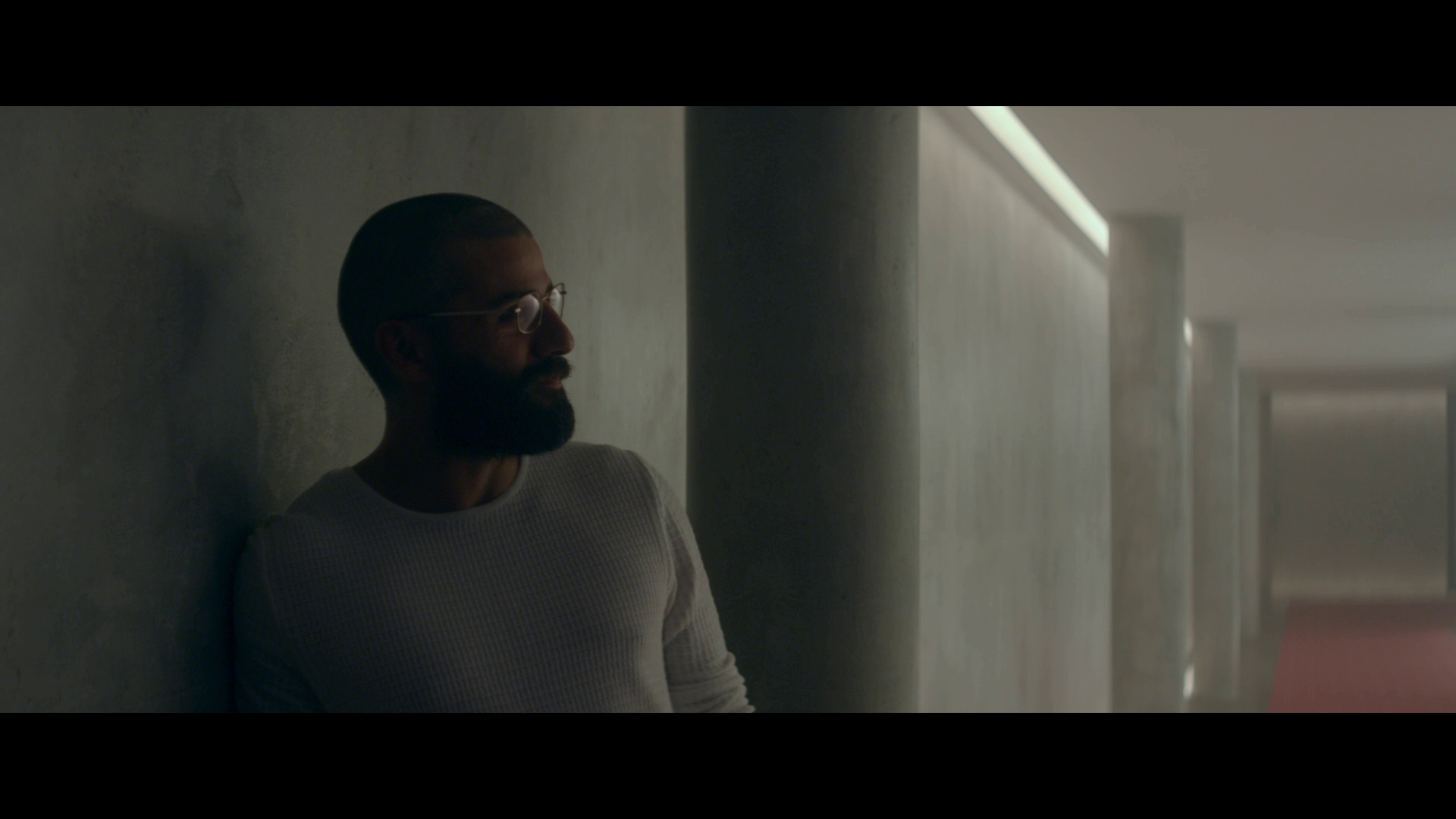 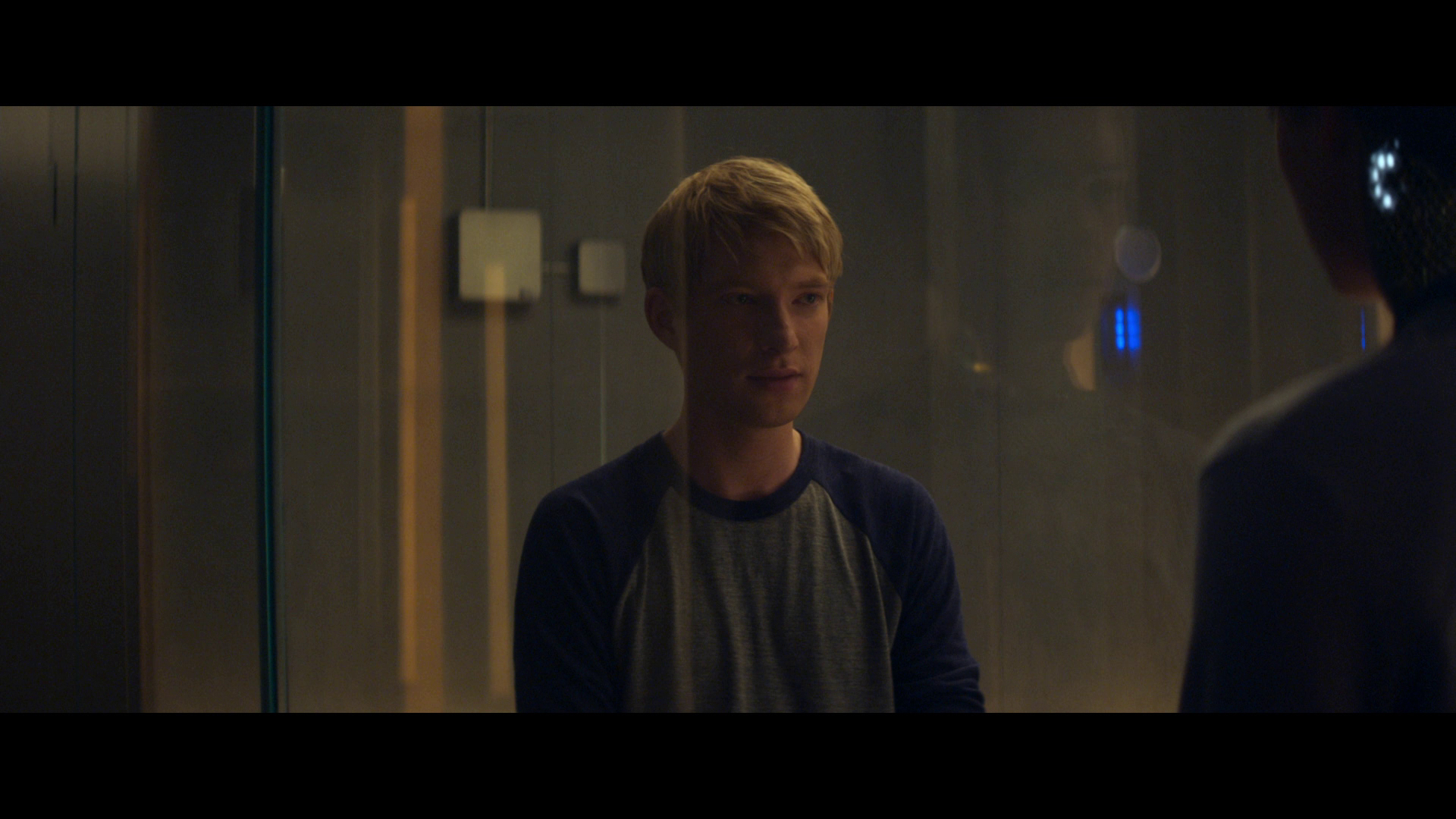 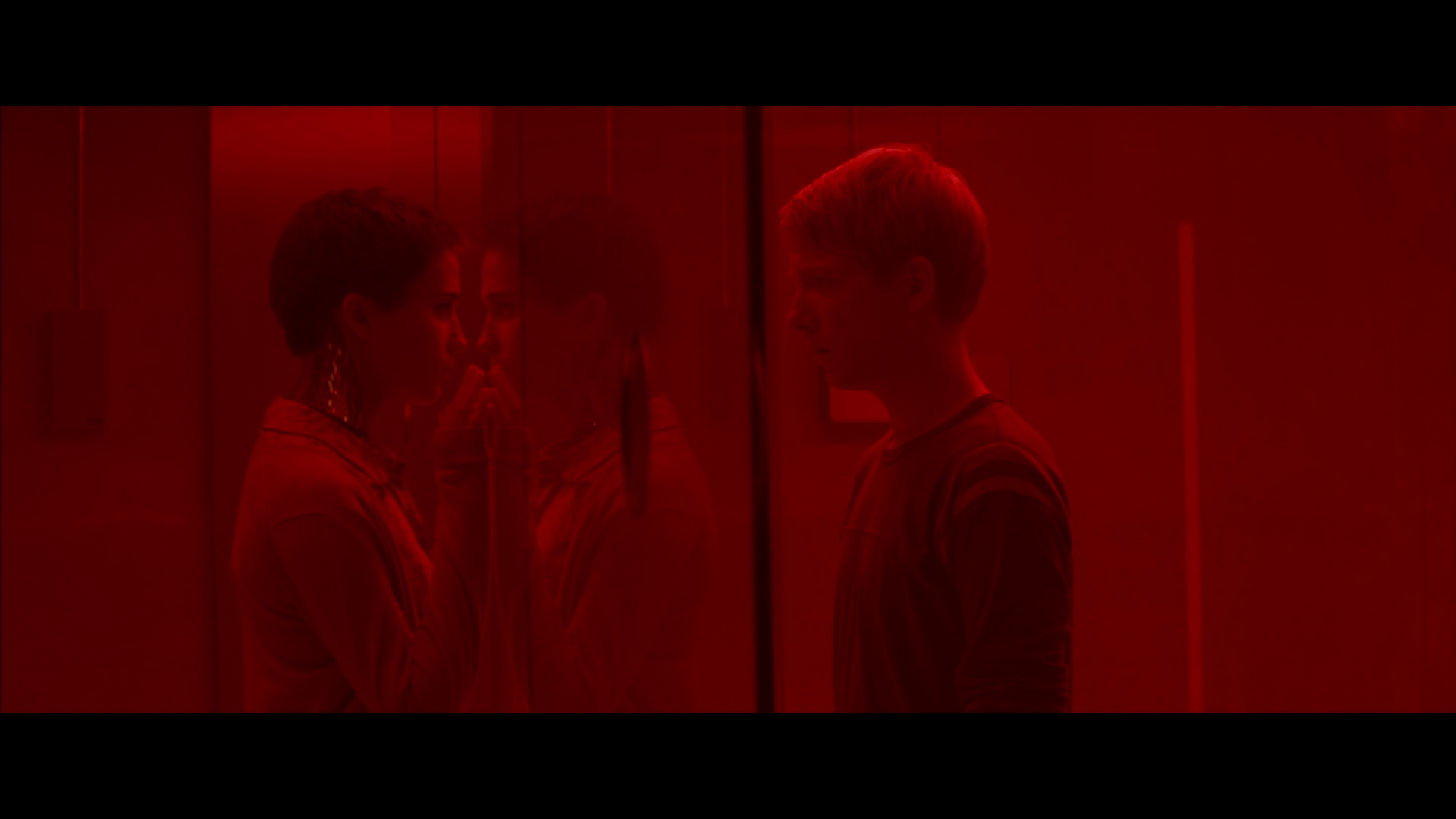 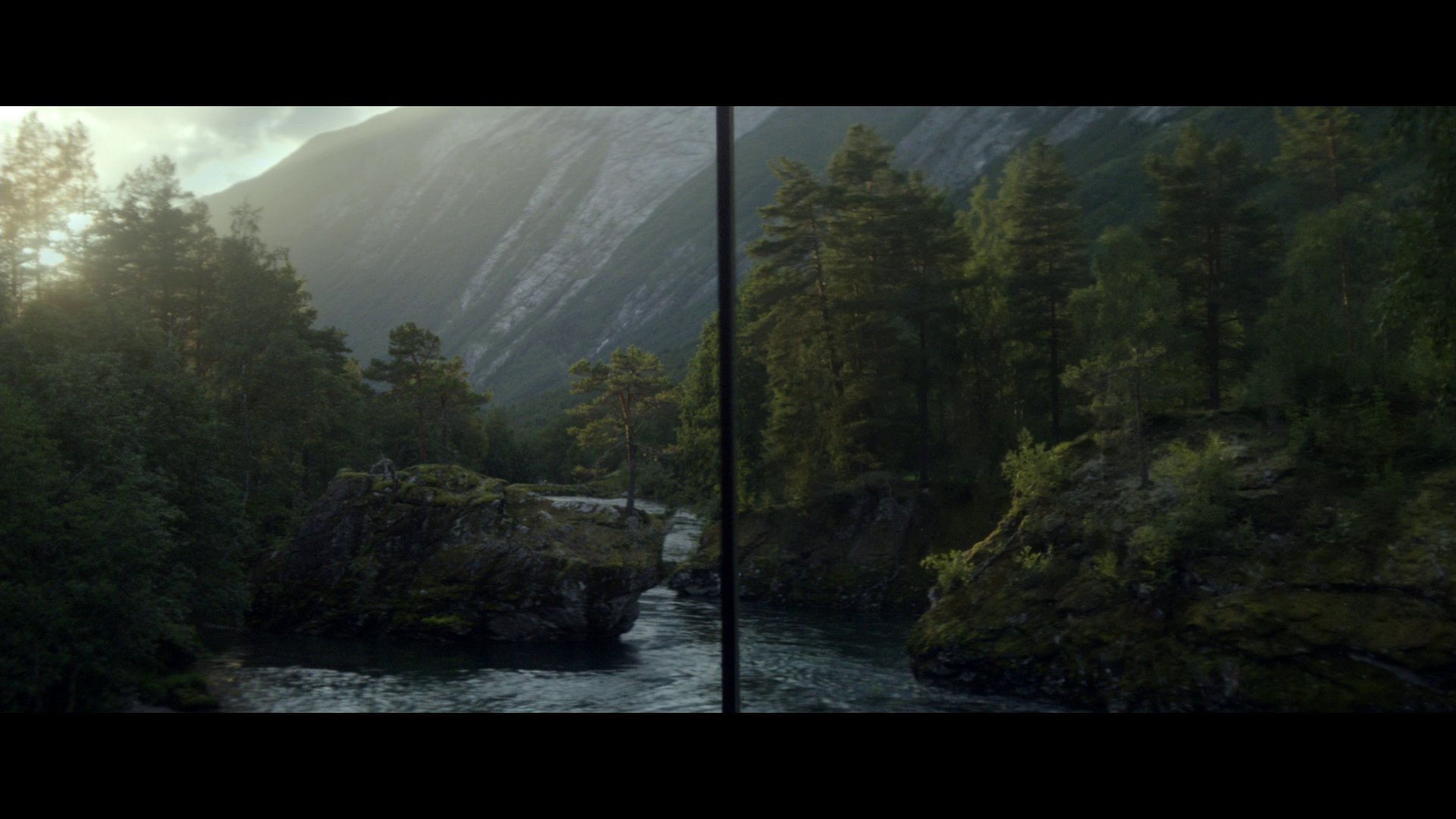 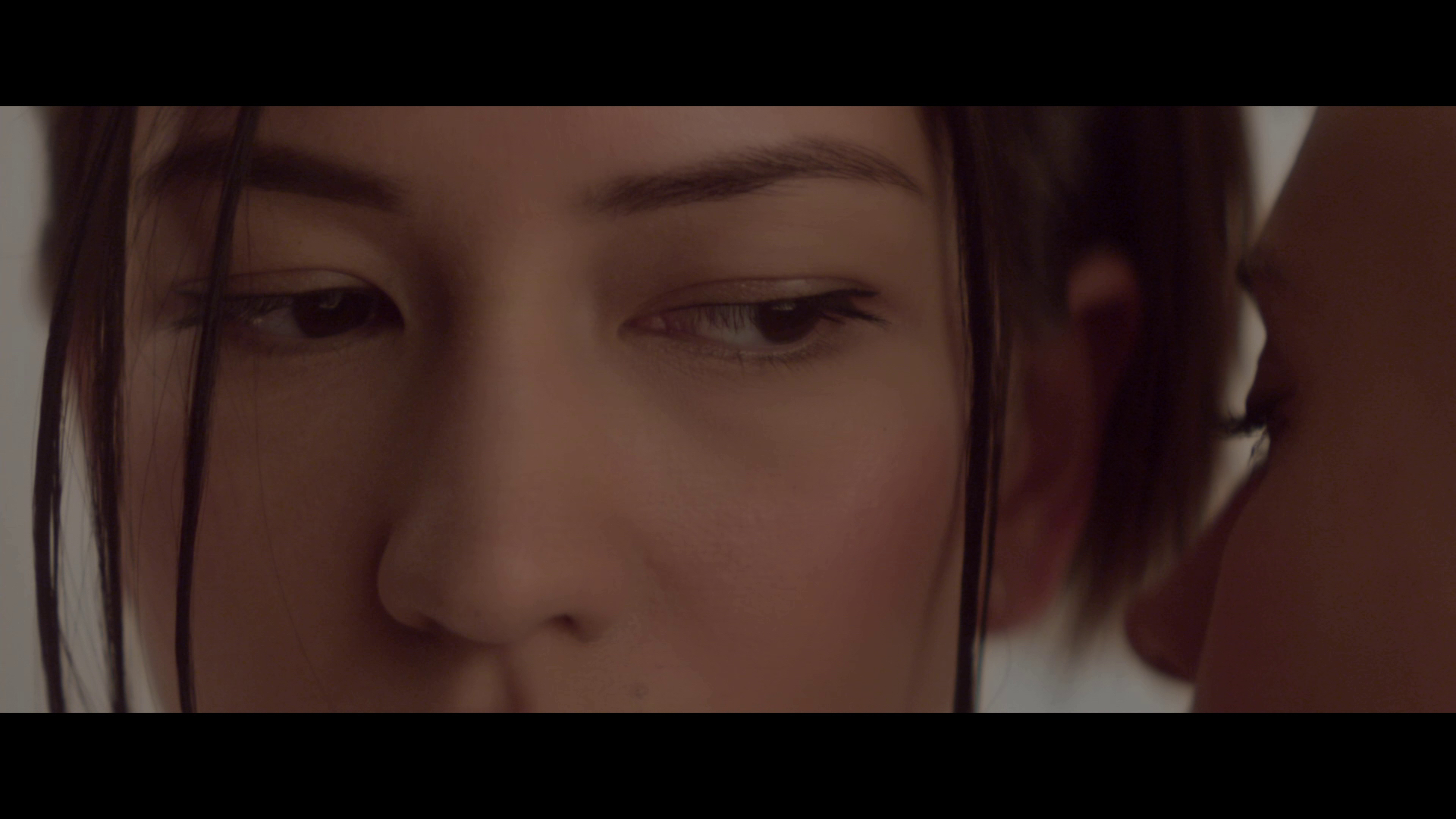 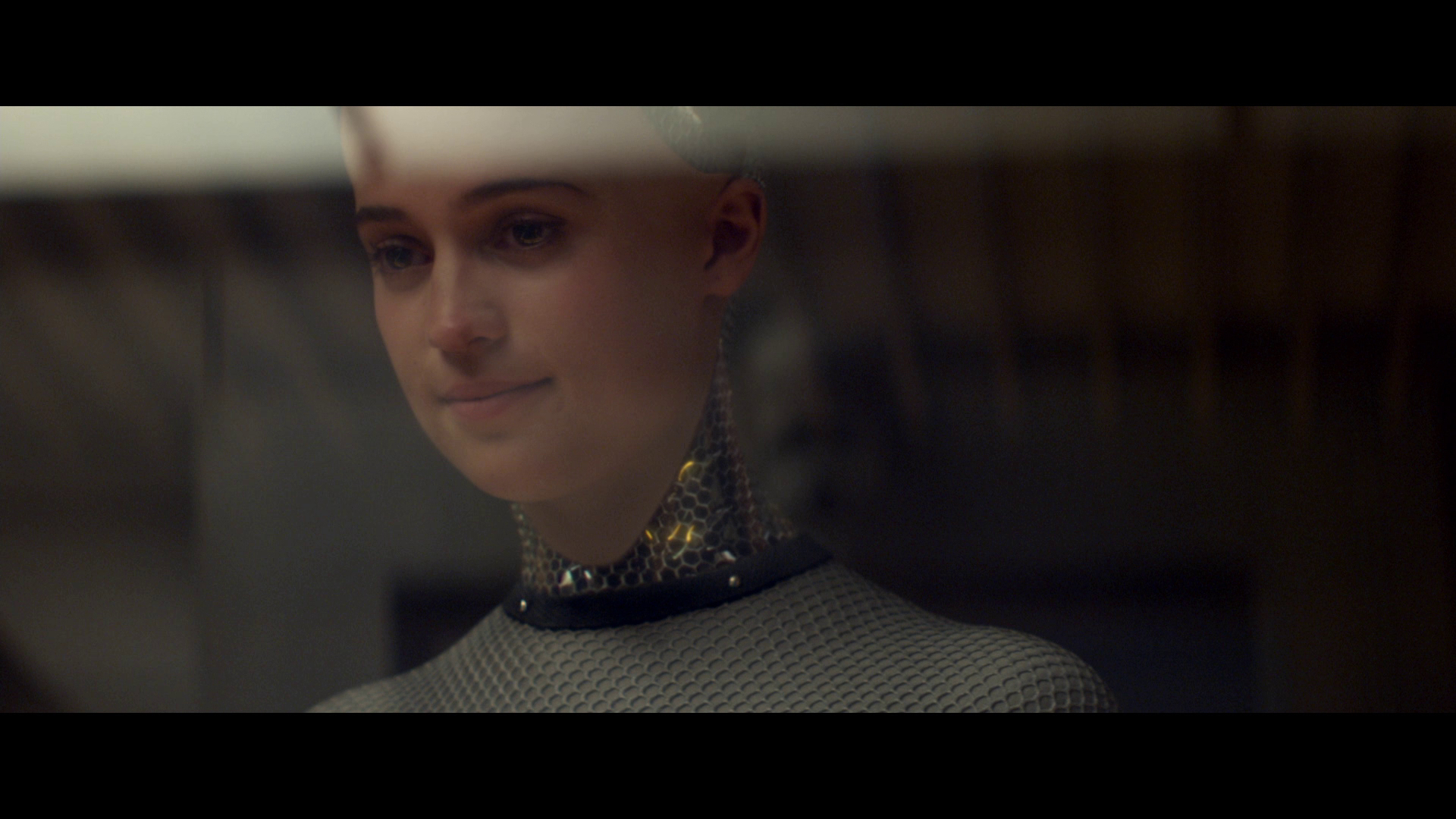