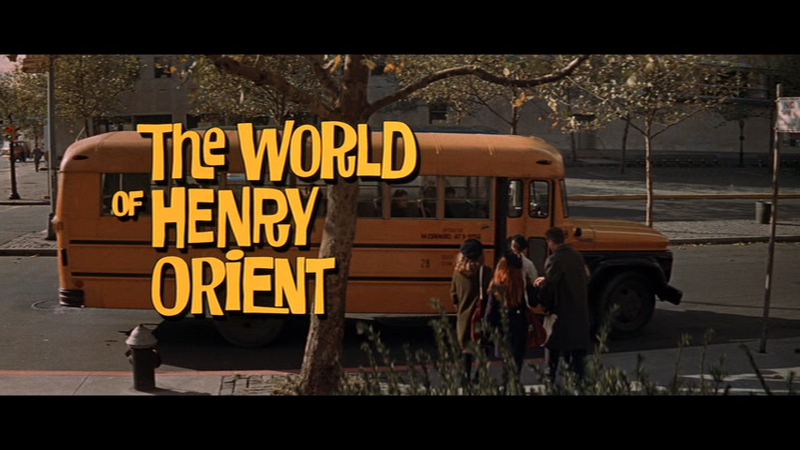 
The Movie
George Roy Hill, who would go on to win an Oscar for The Sting, while directing a string of well-regarded films including Butch Cassidy and the Sundance Kid and the iconic Slap Shot, started off his feature-film career with stage adaptations before tackling Nora Johnson's novel, The World of Henry Orient. Obviously his earlier work, including his time with "Playhouse 90" and "Kraft Theater", set him up well to tackle the mix of comedy and melodrama that makes Henry Orient such an enjoyable film, and he shoots it with all the style and polish of Sirkian classic. As a result, the story of Val and Gil is utterly charming and touching, and utterly unlike the vast majority of films about friendship between teen girls.

A pair of 14-year-olds, Gil (Merrie Spaeth) and Val (Tippy Walker) are both new to their New York City all-girls school, and after one brief conversation, they become fast friends, sharing a world of imagination as they bound about the city, jumping fire hydrants and playing pretend in Central Park. Gil is a bit less mature than her more worldly pal, as Val has had to grow up on her own with her parents traveling the world, and though the kids at school consider Val to be crazy (she sees a *gasp* psychiatrist!), her and Gil are inseparable, especially once they decide to devote themselves to the unending study of one Mr. Henry Orient.

Henry (Peter Sellers) is a well-known concert pianist the girls happen to run across in the park on one of their adventures, interrupting his attempt to make time with the married Mrs. Dunnworthy (Paula Prentiss). After a few more coincidental run-ins with Henry, Val becomes obsessed with the debonair musician, and Gil, being a good friend, is more than willing to help her in her quest to learn everything about him by stalking his every move. This unnerves Henry (as well as his anxious would-be paramour), and creates the film's central conflict. 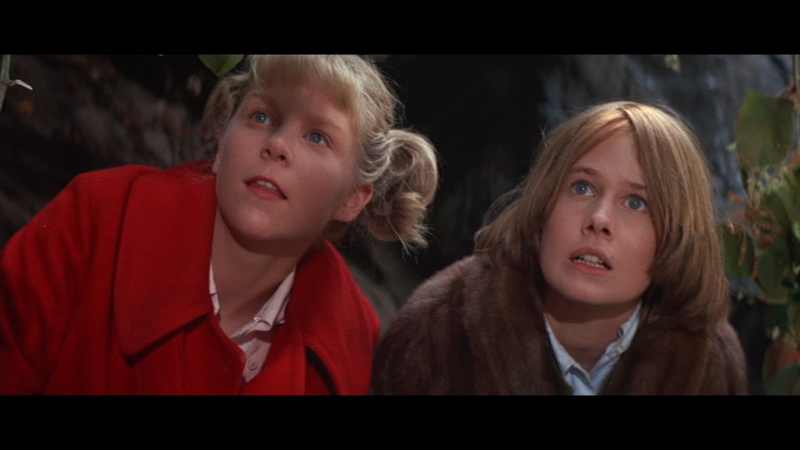 The Henry plot isn't exactly the most engaging part of the film, as the return of Val's parents (Angela Lansbury and Tom Bosley) is far more important, putting a wedge between the girls, though both story points eventually converge, as the film shifts focus from the fun of the girls' friendship and Sellers' comedic reactions to their omnipresence, to the melodrama in Val's household. Though measured and WASPy through and through, the final stretch is remarkably tense and affecting (with a scene between Lansbury and Bosley being a beautiful example of the power of what is not said.) In the end, The World of Henry Orient offers no explicit resolutions, ending with an appealing simplicity that expects the audience to understand what's happened off-screen and understand where the characters stand.

As the main girls, Spaeth and Walker (both of whom were making their acting debuts) are fantastic, as real and natural as any child actors of their era. Their friendship is so positively portrayed, full of the kind of silliness and freedom that's rare to find in kids today, that it should be shown in schools as something to aspire to (though the frequent presence of racist Chinese stereotypes employed by the girls makes that problematic.) Though Spaeth is excellent as the more naive half of the duo, this movie was Walker's chance to craft an iconic character, clad in her fur coat and peeking out through her bangs, and she did, with the two working wonderfully in tandem. Though Walker went on to Peyton Place, it's something of a shame that Spaeth only had two small roles after this. However, most actors never get to deliver performances this good.

The girls aren't the only ones putting on a show however, as Bosley is terrific as Val's concerned father, Lansbury reminds that before Murder, She Wrote, she was one of the great female film presences, and Sellers is terrific as Orient, even if the role is pretty undeserving for both its title presence and his billing. Even bit parts like Jane Buchanan's, who plays a small one-scene role as a schoolmate of the girls, are incredible, as she offers a master class in scene stealing from the Joshua John Miller School of Acting.

Special mention has to be made of Phyllis Thaxter and Bibi Osterwald, who play Gil's divorced mom and her "live-in friend". Now, it could be friendship, or it could be the obvious lesbian couple most people today would see it as, but for a film from 1964, this seems remarkably forward-thinking, especially considering that of any character in the film, the child they are raising is the most well-adjusted of any. But even if their pairing isn't a subversive nod, their chemistry together and their interaction with the other characters is just great, adding a sarcastic wit and real heart to the proceedings. Add the positive parental portrayals to the girls' delightful friendship and The World of Henry Orient becomes a true feel-good movie.

The Disc
Another entry in Kino's Studio Classics line, The World of Henry Orient (an odd, ill-fitting title for the actual film) arrives on one DVD, which is packed in a standard keepcase with attractive, but certainly misleading) poster art on the cover. The disc has a static menu with options to watch the film, select scenes, adjust languages and check out the extras. There are no audio options, but subtitles are available in English.

The Quality
The anamorphic widescreen transfer on this film is quite lovely for DVD, with beautiful color (reds are especially vibrant and eye-catching) and a good deal of fine detail for standard definition. Black levels are sufficiently deep and the image is crisp and clear for the most part. There are a few negative notes, including occasional minor blemishes, an unfortunate moment of saturation and contrast difficulty, and some noticeable artifacting and pixelation if you get on top of the screen, but these won't be a real issue when watching from an appropriate distance. Overall, it's a lovely-looking film that reminds one of the work of Douglas Sirk.

The audio arrives with a center-balanced Dolby Digital 2.0 track, which sounds really solid, mainly as a transport device for Elmer Bernstein's wonderful score, which has excellent heft and clarity. Dialogue is similarly enjoyable, offering no issues with distortion and maintaining appropriate separation from the other elements.

The Extras
The only extras are the quartet of Sellers trailers, including The World of Henry Orient, What's New, Pussycat?, The Party and After the Fox (1:14). 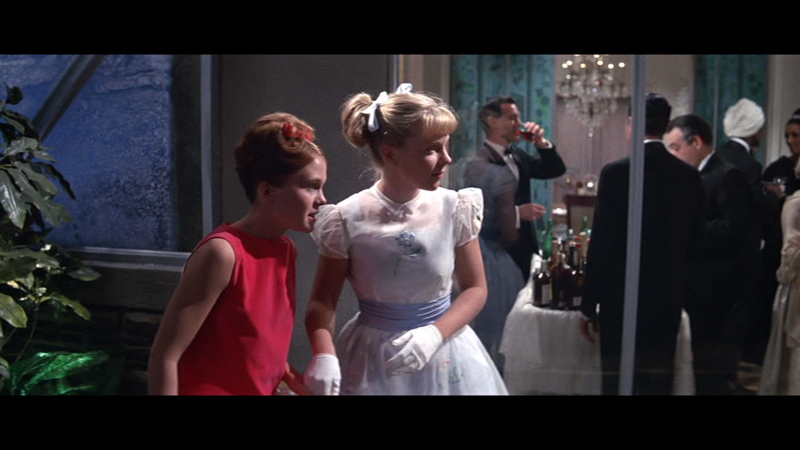 The Bottom Line
Having never seen nor heard of The World of Henry Orient, my expectations coming into the film were minimal (outside of my personal enjoyment of Sellers' work) but this delightful tribute to friendship would have blown past anything I thought anyway, with a sense of style, two wonderful leads and a boatload of fine performances. Though the ending admittedly isn't a slam dunk, the rest of the ride more than makes up for it. Kino's delivered the film in fine shape on DVD, though there are no extras, so it's a what you see is what you get affair, but what you get is great, especially if there's a young lady in your life to share it with. Francis Rizzo III is a native Long Islander, where he works in academia. In his spare time, he enjoys watching hockey, writing and spending time with his wife, daughter and puppy.Follow him on Twitter