8-Bit Generation is a project called "a labor of love" by those behind it, documenting the rise of consumer computers and video games of the 70s and 80s. "The Commodore Wars" is their first documentary release, focusing on the Commodore computer company. I'm in a bit of a strange place on this subject as during that time I was a video game nut and we also had (and still do) an Apple II computer, but by 1985 I had pretty much lost interest in computers and never did much with them until the internet came along. The big video game crash lessened my interest in those as well, and even though I was one of the first in my area to get a Nintendo Entertainment System (which I didn't even expect to be successful) I never got back into them as hugely as I was before and by now current games don't even appeal to me enough to buy any of the latest game consoles. I remember Commodore's home computers being simpler than the Apple but also more user-friendly, with games coming on cartridges like game systems and even using Atari's joystick controls. I had wanted to save up for a VIC-20 or Commodore 64 but those were dreams that never came true; I didn't even get an Atari 2600 until 1984 when they became dirt cheap. 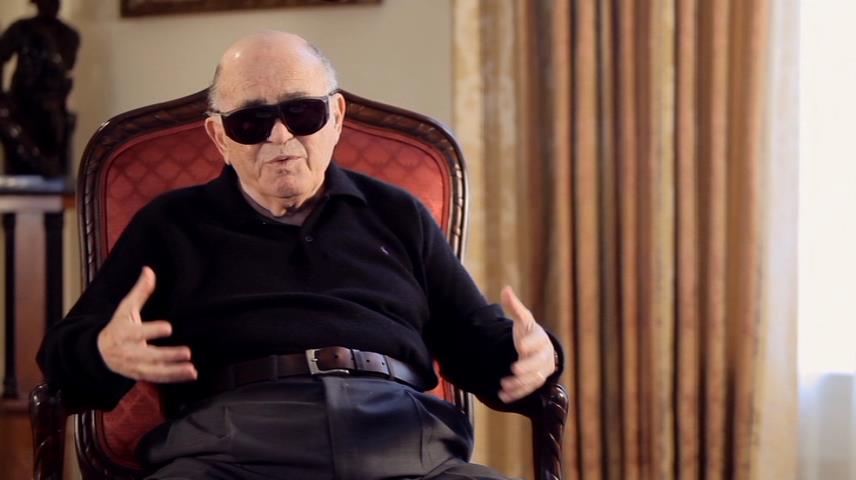 Not knowing too much about Commodore as a company, this documentary provides some good info on it- it was founded by Auschwitz survivor Jack Tramiel, who first began selling pocket calculators in the 1970s. Prior to the first home computers, calculators were the definitive "geek toys," and Tramiel discovered that companies like Texas Instruments were selling them at a huge mark-up over their manufacturing costs. He figured he could sell more at a smaller profit and did so under the name Commodore. This company was the first time I had even heard that word but of course its original meaning was the rank of a military officer, and we learn here that Tramiel chose this name because he wanted a military-oriented name for his company and "General" seemed to be a natural but there were already several other companies using that word (such as General Electric) and Admiral was also taken. Knowing that calculators were mostly a ‘fad' he saw more of a future in home computers, around the same time Apple Computer was getting started which is a more well-known story. Commodore's first computer in 1977 was the PET (which this documentary finally tells me stood for Personal Electronic Transactor), then seeing how the Apple II was catching on with consumers despite its high price they began thinking of an "Apple killer- for the masses, not the classes" which would have comparable functionality but sell at a much lower price. The VIC-20, released in 1980, was essentially a compromise- it was a bit less powerful than the Apple but its sub-$300 price made up for that- I wanted one even having access to an Apple II.

"Commodore Wars" tells this story in a rather jumbled manner, and DVDTalk reviewer Randy Miller III rated it quite poorly. It does have a hard time staying on topic, jumping ahead and backwards in the timeline and talking about one subject, jumping to another and back again. That's just something you'll have to forgive while watching this. Former Commodore engineer Bil Herd provides narration which puts some organization into the interviews and archival clips, but it may still leave the less computer-literate audience confused. Still, early computing is one of those subjects I rarely get tired of and if you're of that mindset this is well worth a look. Commodore's competitors also get a bit of screen time- the forgotten TI-99/4A computer (which was given up on early in the game) is showcased along with the super-cheap Sinclair that originated in England and was later sold in the US by Timex at a sub-$100 price point, ridiculously low for the time. 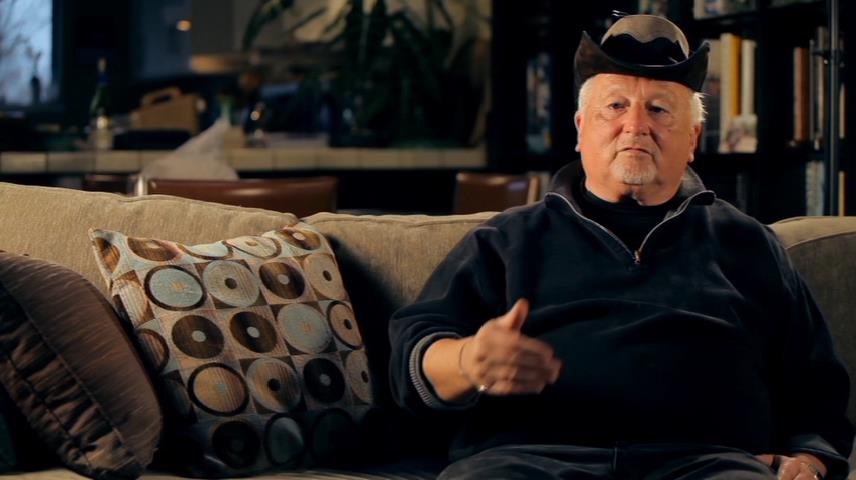 Most of the footage appears to be shot on HD video at 24 frames per second, and this standard DVD presents it about as best as it can with its limitations. The dual-layer disc allows for a picture with no obvious compression artifacts, but it's clear that details are missing that would have been clear on a Blu-Ray disc. Magazine and newspaper ads for computer equipment of the era often shows onscreen during the more lengthy speaking segments, which you'll want to freeze-frame on and study. A few TV commercials are also excerpted but they all appear to have been grabbed from lo-res YouTube uploads. 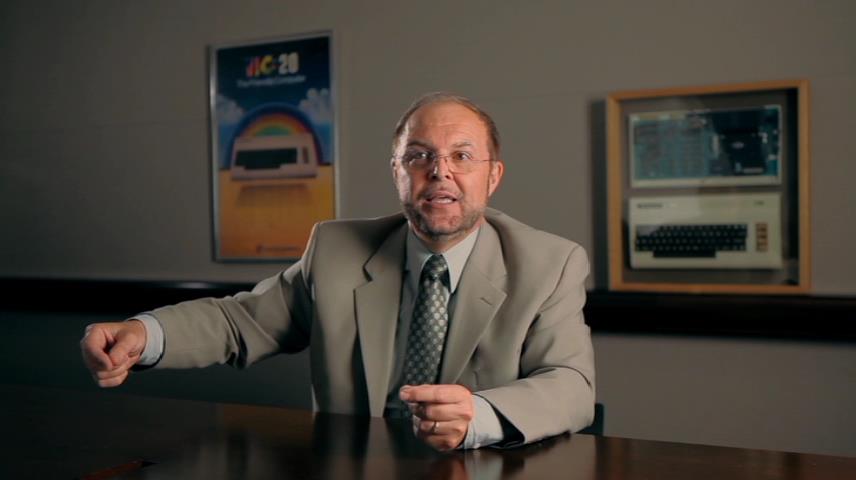 The two-channel mix in Dolby Digital keeps all the voices centered and has an electronic music score by Zoe Blade and P.I.G. that includes adaptations of some classical pieces that underscores the discussion of the heated competition between companies. There's a strong bass effect during animations of computer chips which our other reviewer also didn't like, but I thought was pretty cool.

English subtitles are included on the disc. 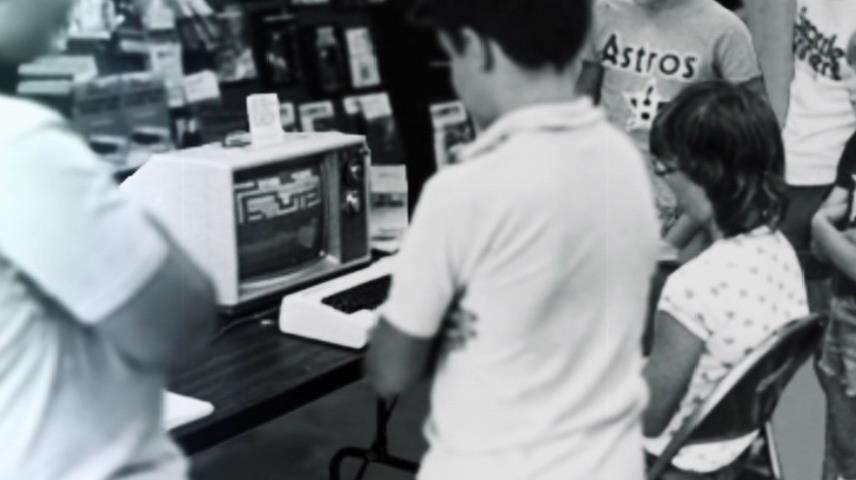 A TEDx Talk with Jack Tramiel's son Leonard is included, lasting about 10 minutes and recaps some of the technological details of the documentary, mainly the 6502 microprocessor which was found in most of the era's computers and game systems. There's also a trailer; as Randy Miller criticized in his review there are several more extras included with the "digital" edition that should have also been included on this more permanent and tangible disc. 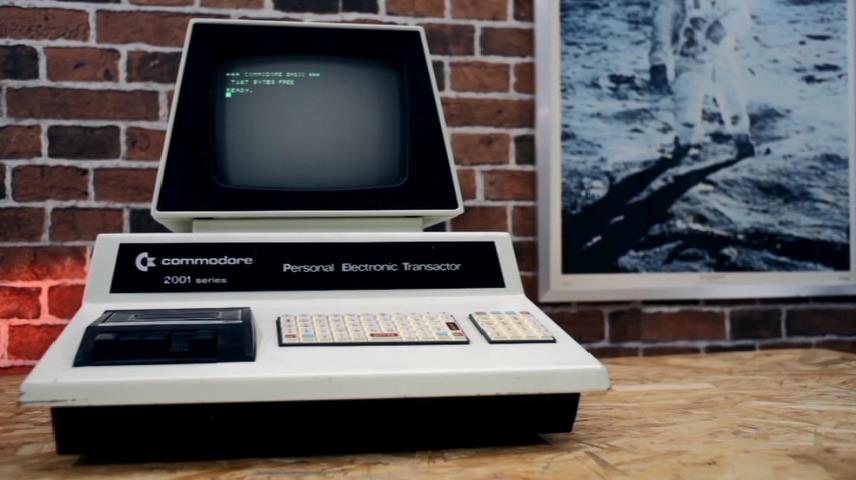 Computers are undoubtedly an essential part of life nowadays, and it's always fun to look back on the days when they were more geek toys for hobbyists learning how to program or (like me) game systems disguised as educational tools (while game systems were considered "toys" and computers "the real thing," this documentary acknowledges that the ability to play games was what got computers into many homes). While its disorganized narrative may be off-putting to those not already familiar with the subject, it's still a fun watch. Jack Tramiel was not nearly as prolific as Apple's Steve Wozniak back in the heyday and there isn't a lot of footage of him; he died shortly after this was shot leaving us with at least some clear record of him.