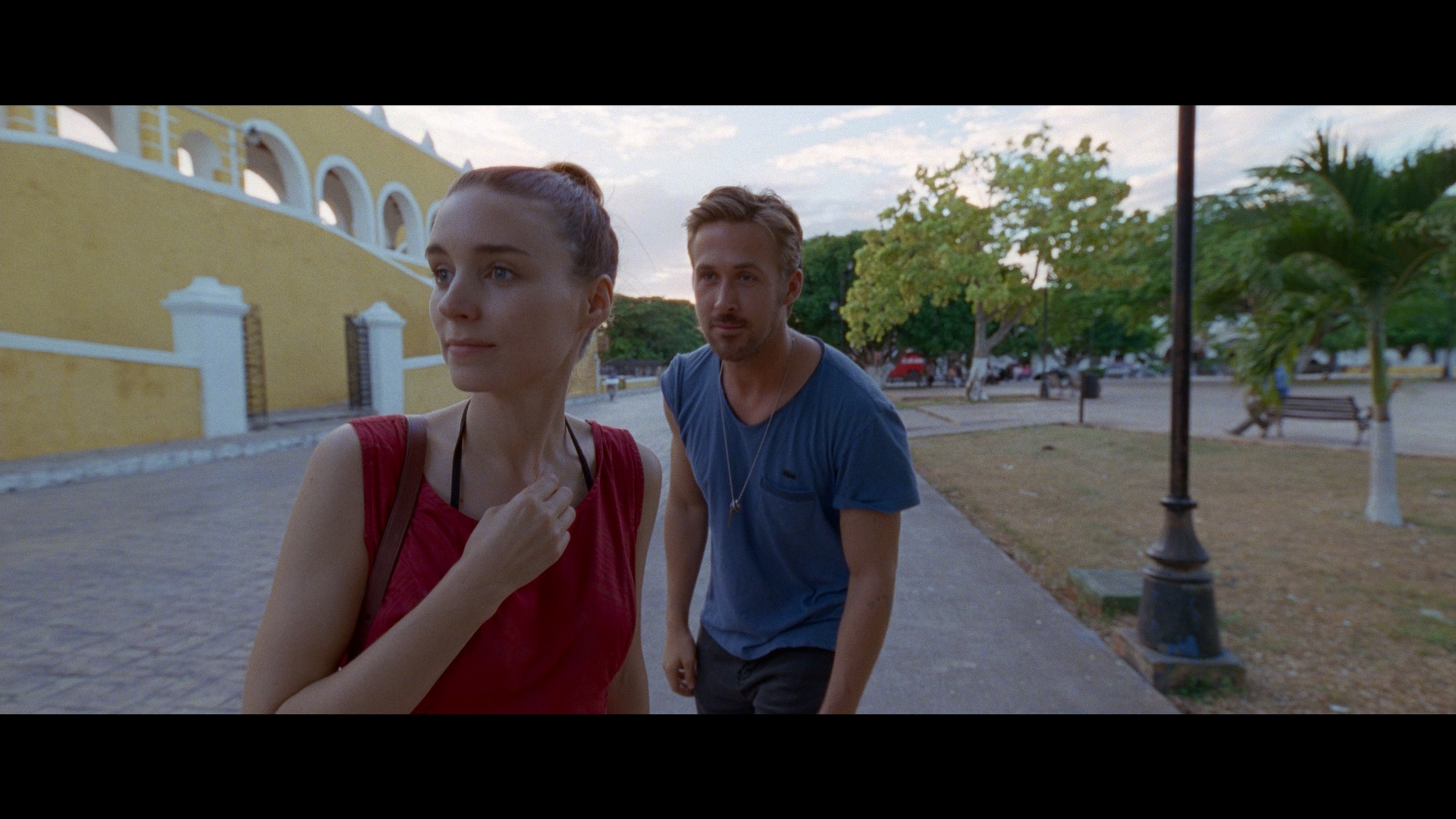 Ever since his success with the Oscar-nominated The Tree of Life, Director Terrance Malick has been helming what can best be described as "experimental" cinema - movies that are more about visual imagery and overall themes/feelings than they are straightforward storytelling. In fact, Malick's past few films have been noted for not having screenplays at all, instead having his actors the general gist of each scene, shooting tons of footage, and then filling in the gaps of the story by having the performers do voice-over work. Such is the case once again with Song to Song.

Because of this format, viewers are required to piece together much of the plot in their own heads, but the story here revolves around the romantic (and not-so-romantic) relationships between a pair of couples: BV (Ryan Gosling) and Faye (Rooney Mara), and Cook (Michael Fassbender) and Rhonda (Natalie Portman). BV and Faye are both struggling songwriters, while Cook is a music producer. BV first runs into Faye at a party thrown by Cook, although he has no idea (and doesn't find out until much later in their relationship) that Faye has on-again/off-again sexual encounters with Cook. Rhonda comes into the picture a little later in the story - a waitress that Cook seduces with his well-off lifestyle and eventually marries.

I'd like to say that Malick has something new to offer here from a storytelling standpoint, but honestly his movie is really just all about the visuals - there's nothing about any of these main four characters that we haven't seen before in much more interesting films about relationships. In fact, it's hard to watch Song to Song and not think about the talent that the director is wasting. I'm sure working with the acclaimed director was a big draw for their participation in this film, but Malick has a responsibility to give them material to work with in exchange. None of the actors here embarrass themselves, but I can't imagine they're very pleased with the final product, either.

Sadly, the director seems to be in that phase of his career when he's making movies solely for himself - and no one else - which alienates all but the most loyal of Malick viewers. Because there isn't much of a narrative going on here, this slightly over two-hour film (129 minutes to be exact) feels more like two days, and all the impressive visuals in the world can't make up for the razor-thin story elements. I'm sure this movie means something to the director, but I'm not sure it means much to anybody else, including the actors working in it.

Therefore, the only appeal Song to Song may have is for any budding amateur directors out there who may wish to study how Malik composes his shots and scenes. As a piece of entertainment though, there's little to be found here. Sadly, this seems to be the low point for an otherwise talented filmmaker.

Song to Song plays its way onto Blu-ray with a 50GB disc housed inside a standard Blu-ray keepcase. There are no inserts. The disc is front-loaded with trailers for Knight of Cups, New Life, The Infiltrator, and Wish Upon. The main menu features a montage of footage from the movie, with menu selections across the bottom of the screen.

Song to Song was shot primarily digitally on Arri Alexa equipment, although Malick did use both the Arriflex 235 and 435 models for some 35mm shots. Go Pro and Epic Red digital cameras were also used. In other words, the movie is a visual mishmash of various digital and film processes, although this is primarily a digital presentation with the look that one would expect from a movie shot in that format. The movie is presented here in the 2.39:1 aspect ratio.

While the quality of the image varies from shot to shot (and what kind of camera is being used), for the most part the visuals here are well-rendered, sharp, full of detail and mostly glitch-free. Malick is very much into composing a look for each scene, be it with his camera angles, his use of colors, or most often both of those two combined. For the most part, black levels are solid and inky, although there are a couple of shots where a bit of noise seems to creep into backgrounds. Facial features are also nicely detailed throughout the movie.

Regardless of what one feels about the movie itself, this is a really nice looking transfer, that falls just a tad short of being reference-quality, but is impressive nevertheless.

The only audio option on the Blu-ray is an English 5.1 DTS-HD Master Audio track that isn't as immersive as you might think, even given the fact that the movie starts with the on-screen note "For Optimal Sound Reproduction, the Producers of this Film Suggest That You Play it Loud."

Despite having characters set in and around the music world, with even a number of scenes taking place at concerts, the movie is surprisingly devoid of the soundtrack you might expect it to have. Yes, there's almost always music playing (be in a song or just the instrumentals from Composer Hanan Townshend's score), but it's far from memorable. With that in mind, the surrounds are primarily used to enhance the music that's present, as well as some occasional ambient noises, such as birds chirping and the like. The track isn't quite what I'd call immersive, but there's not much in the movie that would allow for that, anyway, and any LFE use is limited primarily to the scenes that take place during the rock concerts in the film.

With the above in mind, there's nothing technically wrong with the track either. Dialogue is clear throughout - even though the vast majority of it comes not from words spoken by the characters' mouths, but rather through voice-over. That said, I detected no problems with muddiness, drop-outs, or other problems.

In addition to the lossless English track, subtitles are an option in English SDH and Spanish. 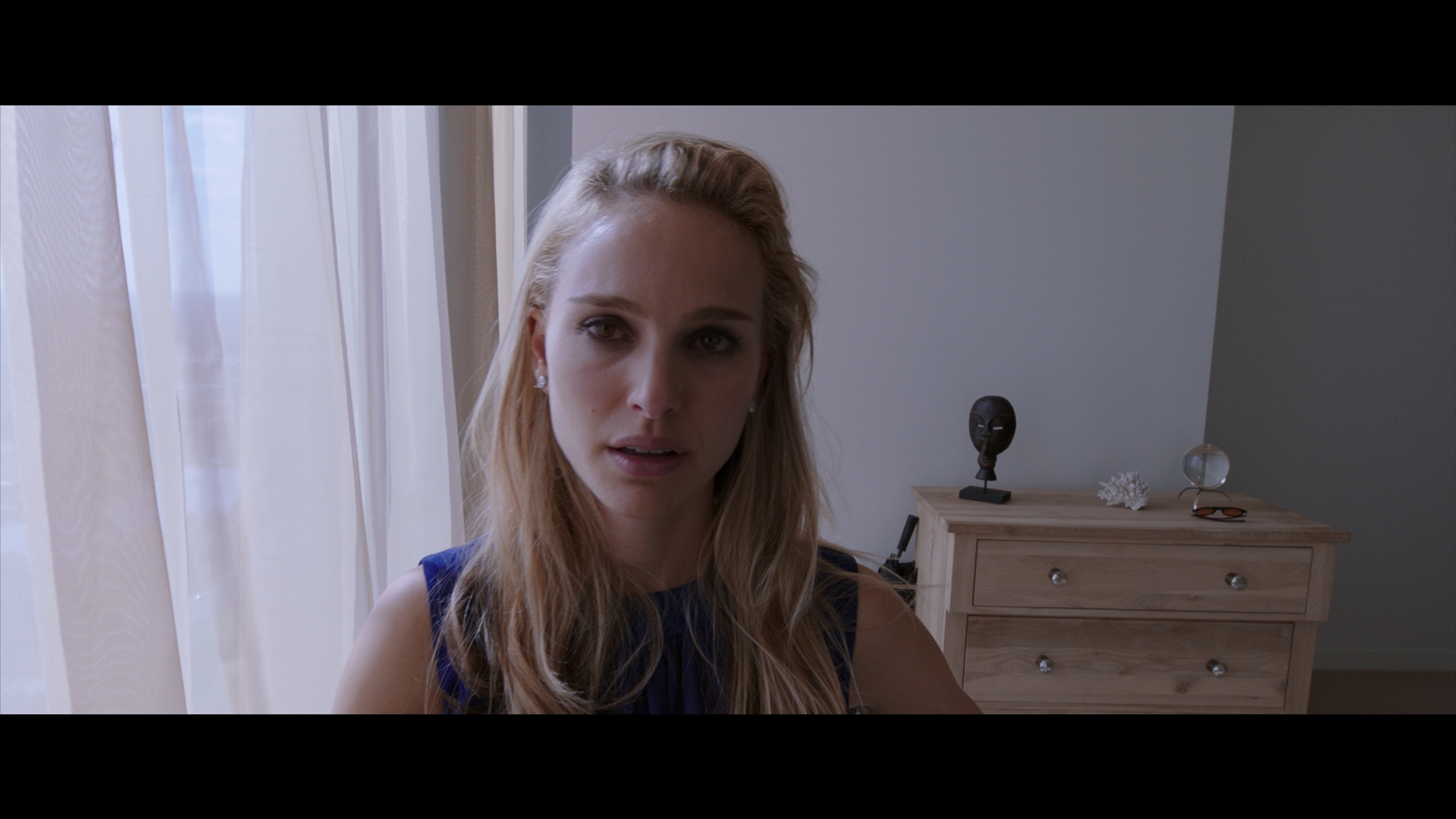 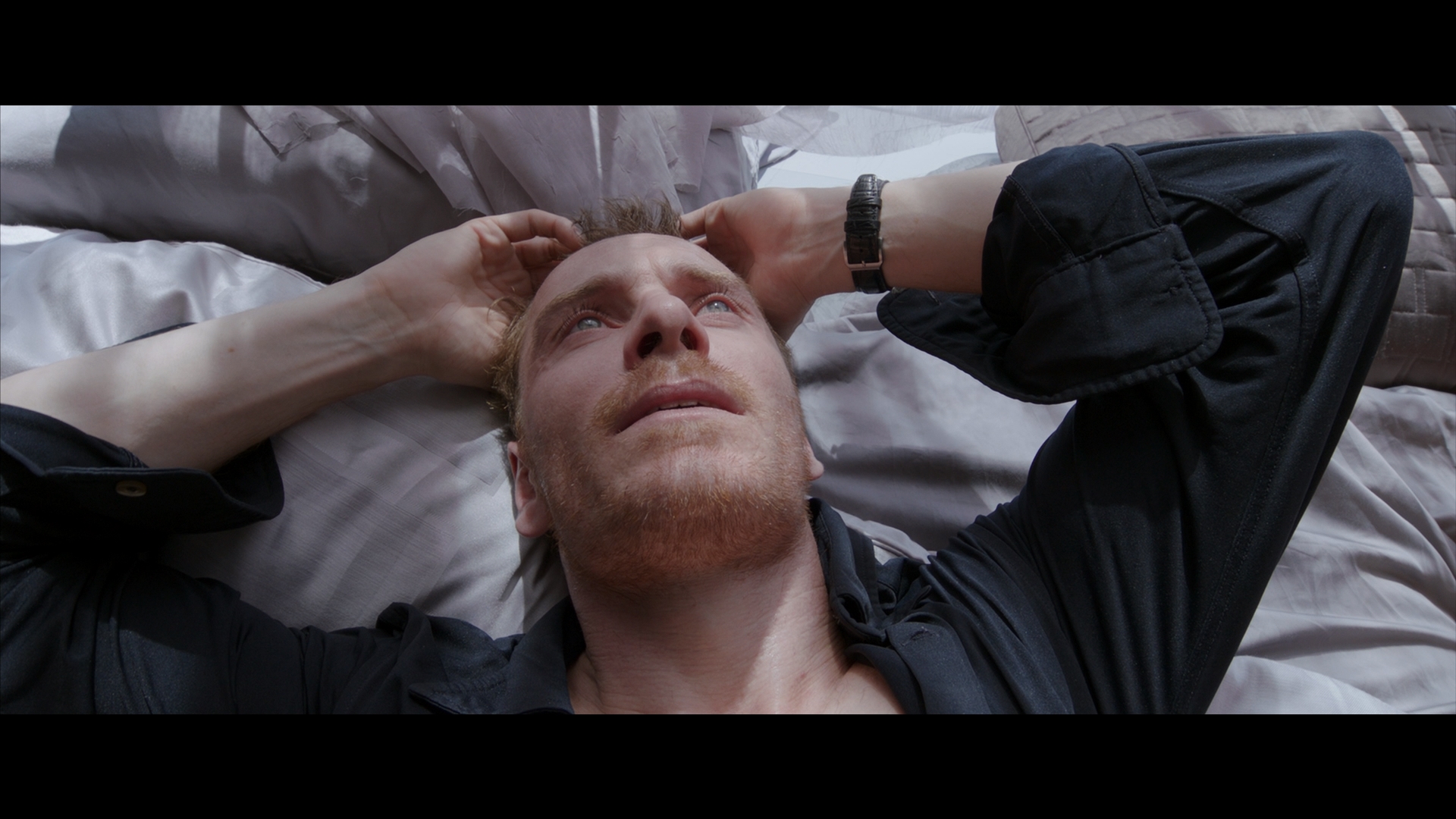 As he has with his last several films, Director Terrence Malick once again goes the experimental route with Song to Song, a movie that at times is visually stunning but sadly almost always emotionally detached from its audience. There's only the most paper thin of plots here, and none of the topics Malick wants to cover about relationships haven't been covered in better and, honestly, more coherent movies. Sadly, this one turns out to be one of the director's lesser works. Skip It.