From Noon Till Three 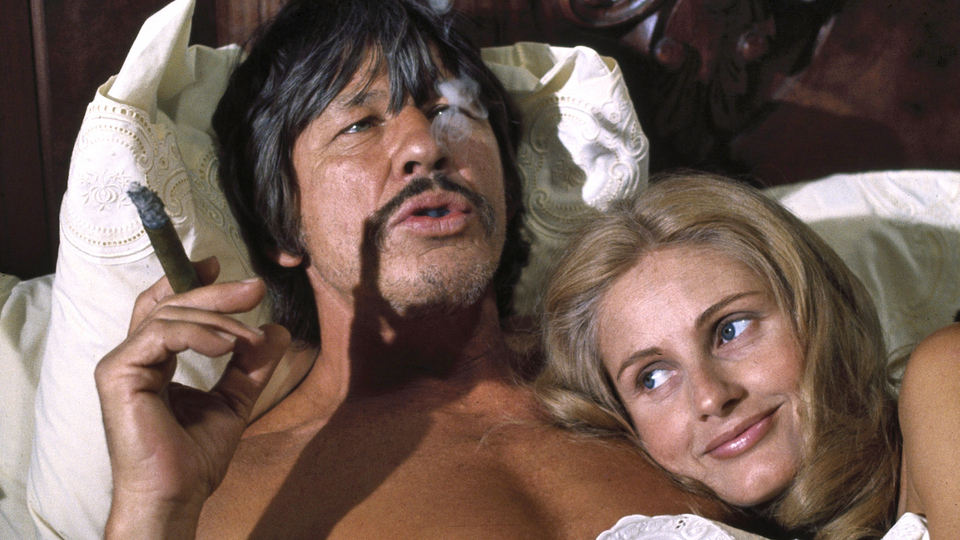 From Noon Till Three is one of the oddest films I have ever seen. It's definitely the weirdest Western I have ever seen, and somehow barely fits the category. It would be like calling Barbarella the strangest sci-fi flick you've ever come across, when really it's not science fiction at all, it's a fantasy/comedy/acid trip that just happens to be set in space. The same goes for this movie, something I had never heard of, accidentally stumbled across, and watched with no forewarning. It's not entirely a Western, it's more a wacky story set during the same time period but only following the necessary sign posts up until the point that it completely loses its mind. 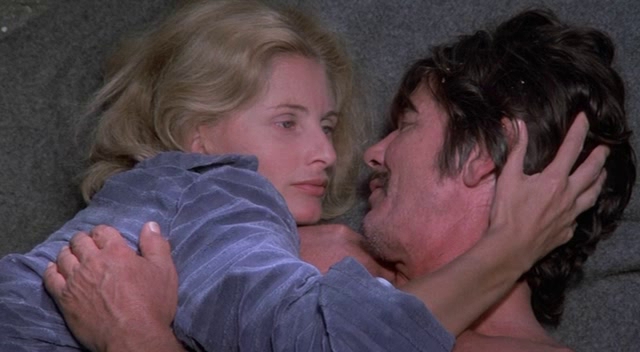 Five outlaws ride out with their sights set on a small town bank, one horse breaks its leg in a woodchuck hole, two men ride double until they reach a stable on the property of a small mansion, one man stays behind since there's no horse for him, and two lives are changed forever. What an exhausting couple of hours, enough action packed into a small package to create an emotional explosion that will set the whole world on fire. But let's back up a bit. The gang of bank robbers is made up of a leader named Buck, a decent man named Graham, a boy, a black guy, and a Mexican; sounds like the stereotypical labeling of every posse in every Western made between 1940 and 1980, but at least you get exactly what you expect.

But what's different is the love story that springs from such a typical set up, a romance that dominates the narrative in a way that you didn't see coming. Graham, who is the man left behind without a horse, might be about to miss out on his cut of the bank job money, but at least he gets to stay for three hours in a beautiful mansion with a sexy widow. Amanda, of course, doesn't want to put out, would rather scream, run, and get help, but Graham leaves her little choice, and after a convincing story about lost love, the pair actually fall into each other's arms willingly. Thus begins a romance that, when all goes wrong, rises above the noise and somehow endures to tell a story years later that will inspire a nation, nay, a planet. 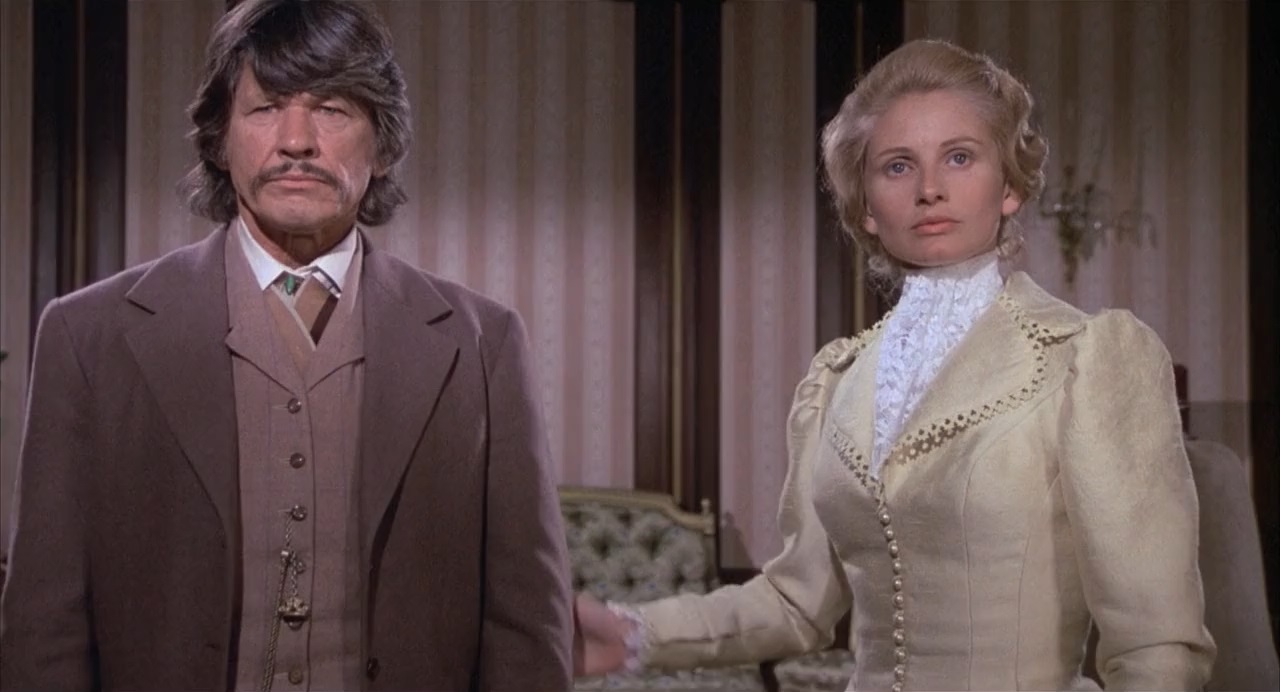 From Noon Till Three starts out like a normal movie, which is perhaps the trickiest business is attempts to make a fortune at. You think that's it's simply a Western, that these two will have a quiet love affair set against a backdrop of gunfights and sage brush that will end in some sort of shoot out or message of lasting tenderness. But that's not exactly where the story is headed, and you had better be ready for something completely different. The plot meanders down wacky, winding ways until it ends up as part farce, part drama, somehow also seeming slightly ahead of its days. It's like an inventive director/screenwriter went back in time and messed with audiences' minds just for fun, because this film just isn't like the others of its genre, that's for sure.

It's almost making fun of the typical style, while at the same time clinging to it like a life raft, bouncing with it on the waves of melodrama until someone vomited, someone laughed, and someone made up an ending that had nothing to do with the beginning. It really is more like Barbarella than El Dorado, minus the boobs and blind angels, more's the pity. Bronson and Ireland (who were married at the time) romp around for a while, which is typical of the time period; they did a lot of movies together. But they emerge from their encounter into an almost surreal life, as if they split off into another dimension before parting ways. It's hard to explain, really, this off-the-wall story done in this style with these dated themes. But I can't say that I hated what I watched, only that you'd have to see it to believe it. 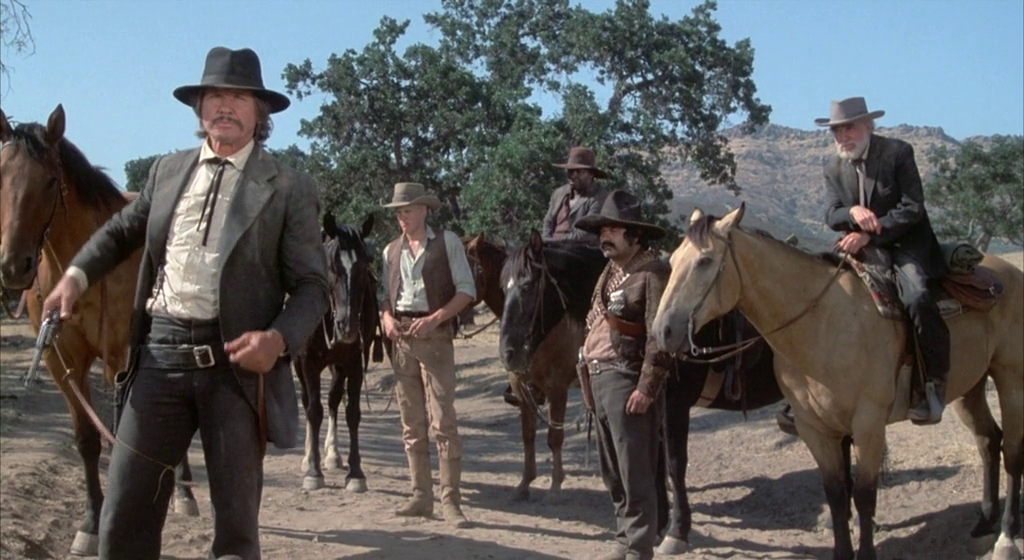 Video: With an aspect ratio of 1.85:1 (Anamorphic), the video quality won't be shockingly low because you know that it's coming, but it is quite low, that you can be sure of. It's a 70s Western that was never going to be a giant hit, after all; not a lot of money was dumped into the picture quality.

Audio: There is very little known about the audio; it's in English and you can turn on English subtitles. That's all the information you get, and the sound quality itself isn't much more exciting. There is a catchy tune that fits into the story, if you're interested.

Extras: The only special features are a few trailers: Mr. Majestyk, Breakheart Pass, From Noon Till Three, The White Buffalo, Cabo Blanco, Assassination. 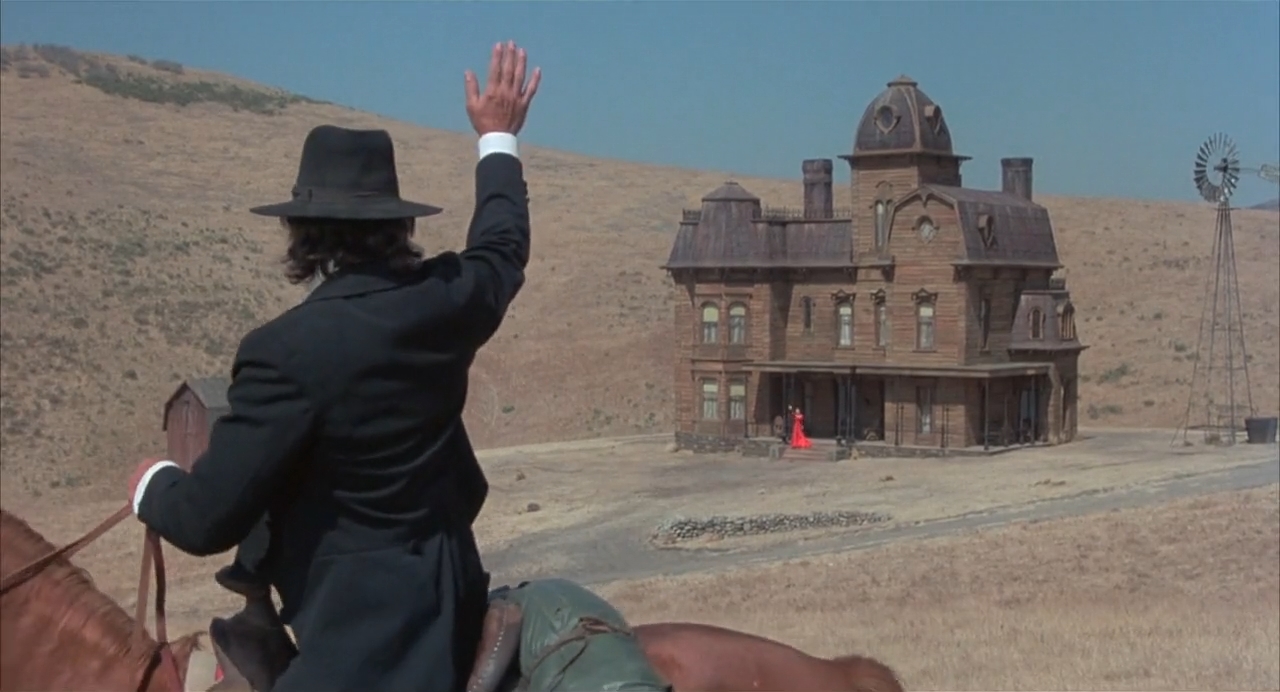 Recommended. This isn't your grandfather's Western, nor is it something you're likely to sit down in front of, conjure up images of John Wayne, and walk away from completely satisfied. This film has a unique quality that I haven't seen from this genre, a disregard for normalcy that's at once refreshing and disturbing. It's a bit of a shocker, perhaps, if not exactly in the way we would use the term to describe a modern film. Rather, it takes a divergent path, and that's slightly nice if also slightly insane. The video, audio, and extras are only passable, and only if you're willing to give them the benefit of the doubt, so look for technical marvels elsewhere. Enjoy though, if you can, because you won't be watching anything else quite like this.