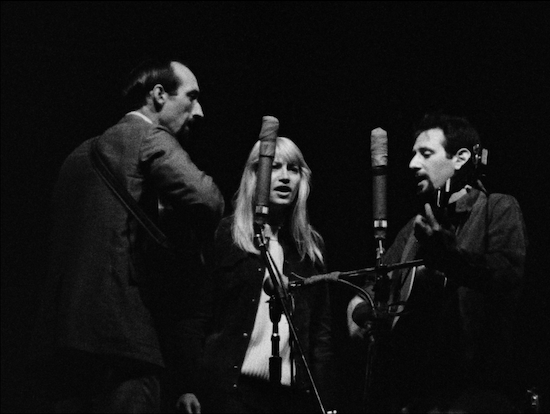 Shot from 1963 to 1966, and released in 1967, the concert doc Festival deserves to rub elbows with the canonical music films of that era, such as Monterey Pop, Dont Look Back, and Woodstock. Although Festival made it to DVD in 2005, it remains relatively unknown these days. Hopefully, the film's induction into the Criterion Collection and their spiffy new Blu-ray will boost the film's profile.

Director Murray Lerner (who died a few short weeks ago, at age 90) was asked to document the performances at the Newport Folk Festival in 1963, so there could be a visual record for archiving. Once Lerner began, he realized there was room to make a movie that showed something of the burgeoning youth culture that was springing up around folk music at the time. He kept going back, year after year, until finally he had something that he thought captured the festival experience. (In the disc supplements, editor Alan Heim talks about having to convince the uncertain Lerner that, after four years of work, the film was done and had to be put out before it was irrelevant to its intended audience.)

Festival features many of the folk stars who came through Newport at the time, like Peter, Paul, and Mary, Joan Baez, Judy Collins, Donovan, Odetta, Pete Seeger, and, of course, Bob Dylan. Lerner's footage of Dylan's infamous electric performance at Newport has popped up in plenty of docs in the ensuing years, like Scorsese's No Direction Home and Lerner's own Dylan-at-Newport flick, The Other Side of the Mirror, but he's careful not to make the film all about Dylan. Lerner touches upon the mythic status that Dylan and Baez have attained with this young crowd, but the film's focus constantly drifts back to the music.

The version of the festival that Lerner presents is truly eclectic, as opposed to the lineup of a modern Newport Folk Festival, which will typically consist of big city indie bands with a rootsy and/or retro bent. Old-timers picking bluegrass banjos are juxtaposed with the Paul Butterfield Blues Band, who are juxtaposed with Delta bluesman Son House. Johnny Cash smirks and chews gum as he hums "I Walk the Line," and later Theodore Bikel sings songs from around the world. Peter, Paul, and Mary's rendition of a Dylan composition is followed up by the apocalyptic wall of sound that is a Sacred Harp choir. Mississippi John Hurt holds a field full of white kids totally rapt, as he quietly plays a '20s-era rag, "Candy Man Blues." A group of neatly dressed teens perform a precision folk dance that would put Michael Flatley to shame (the fact that Lerner covers their act with four cameras leads one to assume that he was pretty impressed too). Lerner and his editors create cutting rhythms with little regard for the chronology in which the footage was shot or for the musical subgenre being presented. The implied message is: If this music moves people, who cares what you call it?

This point is made explicitly by a gray-haired performer from the Ozarks, Almeda Riddle, who offers up the notion that "folk music" started off as "pop music" anyway. The comments Lerner gets from instrument-toting festival attendees -- self-proclaimed non-conformists who all kind of look alike -- are mixed between kids who see folk music as a curative for the illness that is modern "mechanical" living (if they only knew!) and kids who are just looking for a good time. Lerner is unafraid to speak up from behind the camera when he doesn't believe what someone is saying to him, but he never makes anyone onscreen look totally foolish. (In other words, despite the faintest of resemblances, these sequences don't turn into Heavy Metal Parking Lot.)

Festival is important as a document of a specific post-beatnik, pre-hippie moment in the development of America's youth counterculture. But more importantly, it's vibrant and joyous -- the kind of music film that makes you want to tune up your guitar or go shopping for some new old songs you just heard. 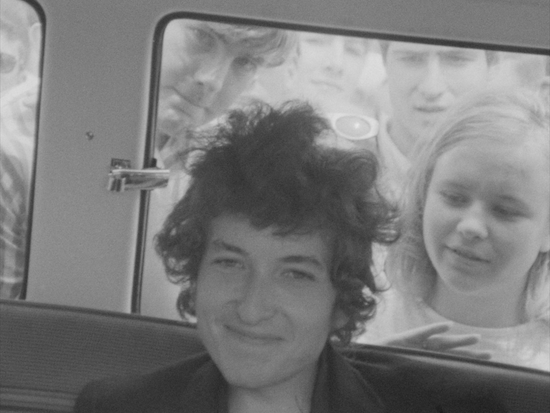 The Blu-ray
Festival is packaged with a booklet featuring credits, select artist bios, and an essay by Amanda Petrusich.

The Video:
Shot in 16mm, in verité style, Festival has an unpolished look. That said, the clean-up done for this AVC-encoded 1080p 1.33:1 transfer is outstanding. Very little dirt and damage (although there is some). Excellent clarity and nuanced contrast, with inky blacks and nicely resolved film grain.

The Audio:
Peter Yarrow, of Peter, Paul, and Mary, is often seen futzing with microphones on stage, trying to make sure artists sound good out in the crowd. His work mostly paid off, as the LPCM mono audio typically offers a good mix of vocals and backing instruments. Sometimes the vocals are little quiet, but it's clearly a quirk of the original recording. Even with a narrow soundstage, the full range is there. The low-end response whenever an acoustic bass is played is particularly satisfying. No subs or captions.

(HD, 26:33) - An outstanding little piece in which director Murray Lerner and editors Alan Heim and Gordon Quinn talk about the gradual development of Festival into a film, and how they found the form and flow of the finished product.

Final Thoughts:
Criterion has done a good deed once again, reviving a classic music documentary that demands attention. It's a shame there aren't more bonus performances, à la Criterion's Monterey Pop set, but I suppose one must not get too greedy. Highly Recommended. 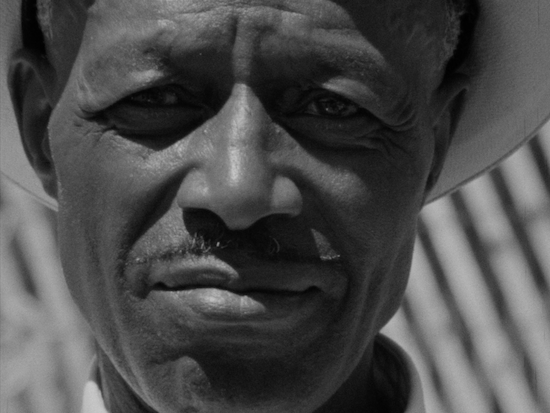