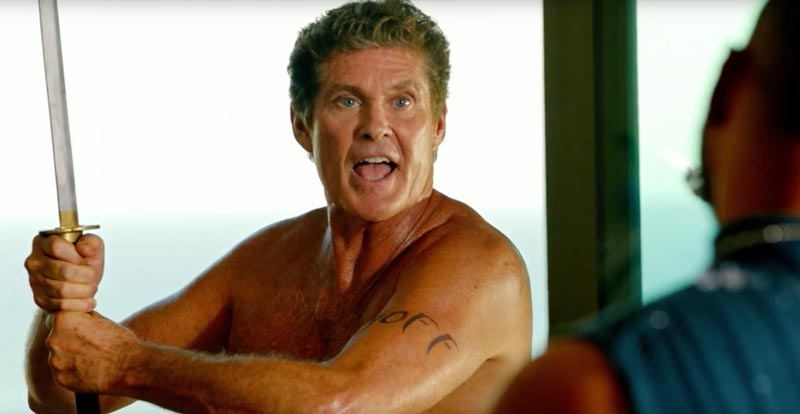 Ken Jeong has been steadily climbing the comedy ladder over the last fifteen years, but I have to wonder if he recently fell off the other side. He started on TV with bit parts, received small roles in a few silly films, got his break with The Hangover, seemed to be picking up steam in Community, but since then everything he touches tanks. Dr. Ken is the worst television show I've ever had the misfortune to accidentally watch, and Killing Hasselhoff is not much better; a weird, cameo-driven pseudo-thriller that doesn't have an original bone in its lifeless, laughless body. I think we might need to face it; Jeong isn't actually funny. 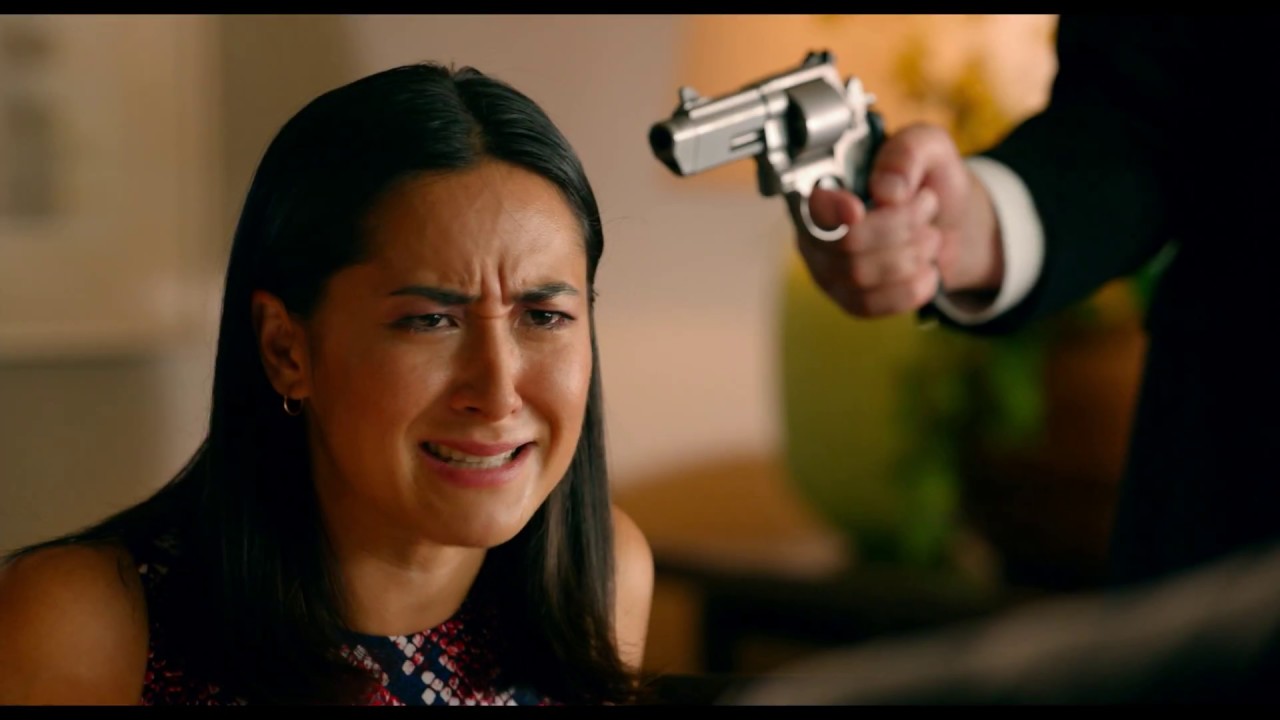 Chris is part of a very strange betting pool, in which each member forks up five hundred bucks each year, the pot growing to an astounding 500k. What are they betting on? Which celebrity will die first. Chris has David Hasselhoff, who he is also hosting an event for at the night club that he owns, so it's a wacky situation, helping a famous guy who you also hope will kick the bucket. But it's all in fun, no one means anyone any harm, and Chris is happy with his life. He has a beautiful girlfriend, great buds, he loves his job, and things are looking up in the City of Angels. What could possibly go wrong?

Well, Chris also owes a lot of money to a dangerous loan shark, and when a misunderstanding at the club leads to a scandal, Chris loses his money, his friends, and his girl. The shark wants to collect, his friends have lost their minds, his girlfriend leaves him, and Chris' options have suddenly vanished. How can he get a whole lot of money very quickly, enough to smooth over all the life-altering problems that just popped up at the same time? Why, by killing David Hasselhoff, of course. Hasselhoff is cool, sure, but his death is worth half a million, so Chris will have to grow a pair and off the ageless wonder that is the Hoff. 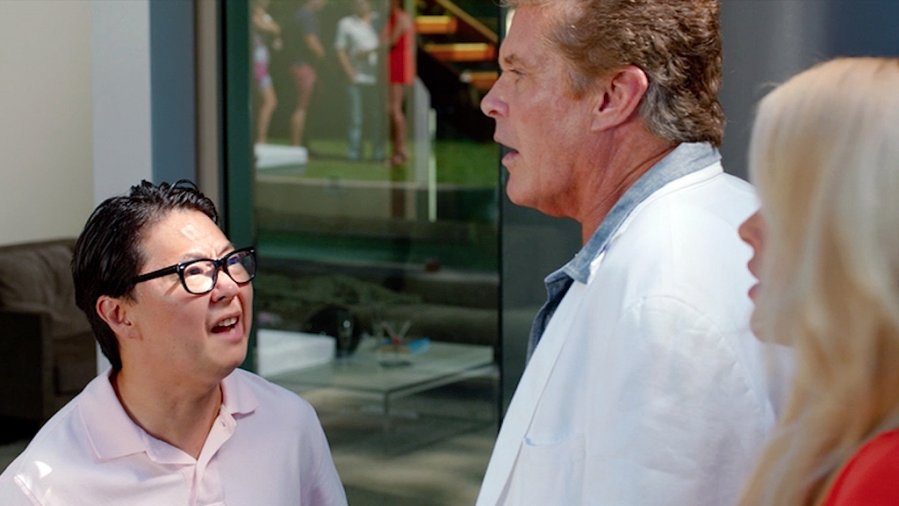 I just watched Baywatch, so it was fun to see Hasselhoff yet again, when I hadn't really expected to see him any more for the rest of my (or his) life. But he keeps appearing, which I'm actually glad of; the guy does have a special quality that is still likeable after all these years. He doesn't take himself too seriously, which is quite refreshing, and his enjoyment of his own career makes us enjoy it too. He's the highlight of this film, along with an extremely funny kiwi, Rhys Darby, who steals the show in his few scenes. Will Sasso also makes an appearance, and I'll never forget his MADtv performances, so he was also a welcome sight.

You know who wasn't? Ken Yeong. I don't think it's even arguable, the guy just isn't funny. It's like he's not even trying to be funny anymore, like he's decided to be a straight man with comedians around him. Problem is, he can't act, either, so I really have no idea what he's doing here and who's paying him to be on camera. Jim Jeffries was equally terrible, and those two were lucky that the cameos saved their bacon, at least to some extent. WWE Studios made this movie, which is weird, but it actually suited it, because you can't take either seriously, and both are a waste of your time. If the Hoff hadn't saved the day, Killing Hasselhoff would have been a complete and utter failure. 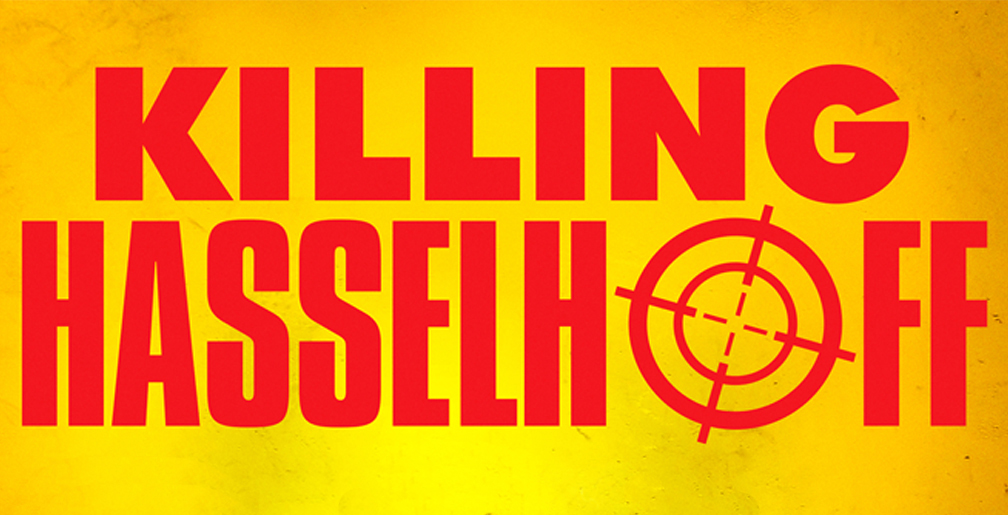 Video: With an aspect ratio of 1.85:1 Anamorphic Widescreen, the video quality of this DVD is mediocre at best. Absolutely no attention was paid to the quality of the picture or the integrity of the visuals; it's an average DVD, filmed in an average manner, with nothing special about it.

Audio: The disc was done in English Dolby Digital 5.1, with subtitle choices in English SDH, Cantonese, Mandarin, French, and Thai. That's it for the audio, and it's about as nondescript as the video. The sound is passable, the soundtrack is forgettable, and no cares were given.

Extras: The only special feature is an 8-minute collection of deleted scenes. 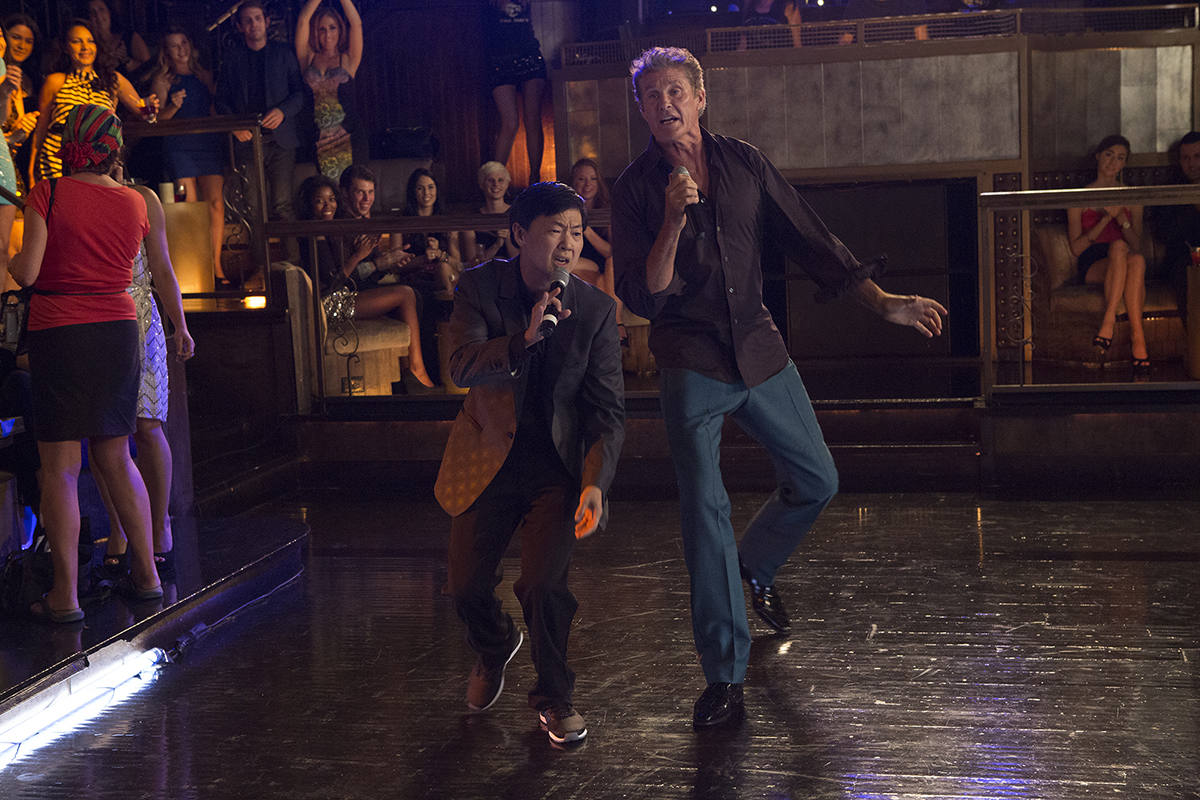 Rent It. This film needed a different lead, and then probably a different writer and director. The concept was humorous, the Hoff was badass, there were a few funny scenes, but ultimately there wasn't enough done right to make this a watchable movie. Ken Yeong may have already peaked and may be on his way down, which is too bad, because he seemed to have some potential. Maybe he needs to switch to writing, but I'm not sure that would help. The video here is not outstanding, the audio is only OK, and the extras fail to impress, so look elsewhere for technical marvels. Actually, look elsewhere for comedy too, unless you are ready, willing, and able to be in a very forgiving mood.