Love of a Woman, The 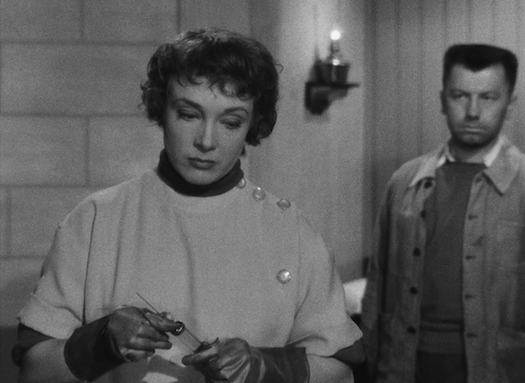 Jean Grémillon is a French filmmaker who is not totally unknown to U.S. film fans -- Criterion devoted an Eclipse box set to his WWII-era work a few years ago -- but he's certainly not a household name. Arrow Video, through their arthouse-minded Arrow Academy imprint, continue to do the Lord's work (so to speak) by reviving Grémillon's final film, a low-key character piece flecked with melodrama called The Love of a Woman (1953).

Set in a secluded town on an island near Brittany, The Love of a Woman stars Micheline Presle as Marie, a young doctor newly hired to serve this close-knit seaside community. It will be an adjustment for Marie, after life in Paris, and one to which she will have plenty of time to get adjusted. The town's previous doctor held the position for decades and is only retiring now that he is too old and weary to do the work. Marie quickly befriends the local schoolteacher (Gaby Morlay), another lifer who has chosen to devote herself to the children -- and has become an old maid. The film intimates that work-minded Marie most likely has a similar solitary existence ahead of her.

This changes somewhat after Marie meets Andre (Massimo Girotti), an Italian engineer working on the island. The two are immediately smitten, with affection that is intense and seemingly bulletproof. That is, until Andre suggests that they move away when his work on the island is done, and that Marie give up her own job. The film makes it clear in a few brief dialogue exchanges that Marie has endured plenty of sexism in her pursuit to become a doctor, and that even the inhabitants of her new home are initially wary of a female doctor. It would be a major sacrifice to just throw it all away for an old-fashioned fella, even with Girotti's classic movie-star looks.

Without being too didactic, the film hinges on this idea of Marie being forced to choose between the vocation that gives her so much personal satisfaction -- her calling, really -- and the promise of a man who loves her, so that she doesn't have to live in solitude for the rest of her days. It's a simple dramatic problem, but one that Grémillon presents with unexpected elegance. The scenes between Marie and Andre are full of tenderness, and the actors give the sense of genuine desire and longing -- within a relatively repressed '50s context. But the scenes where Marie administers to her patients -- staying up late with a small girl struck with pneumonia, performing an impromptu surgery on a lighthouse worker -- are equally charged and satisfying to watch, making Marie's dilemma a believably complicated one.

Rich in atmosphere and keenly observed, The Love of a Woman opens a porthole onto a corner of the world that feels personal to Jean Grémillon. He lingers on tangential scenes that reveal tidbits about life on this island that enrich the mood and give a sense of place. In the end, The Love of a Woman is melancholy, but it's also oddly life-affirming -- teeming with souvenirs of lives lived. 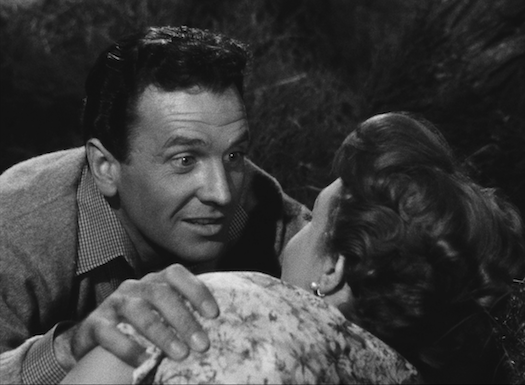 The Blu-ray
The Love of a Woman comes in a Blu-ray DVD combo pack. It includes reversible (and bilingual) artwork and, in the first printing, a booklet featuring a critical essay by Ginette Vincendeau. The Blu-ray is playable in both Region A and B.

The Video:
A true stunner. The AVC-encoded 1080p 1.37:1 transfer is pretty much flawless to these eyes. Excellent clarity and contrast, with rich black levels and strong shadow detail. Film grain is well-resolved. No noticeable compression issues, thanks no doubt to an extremely high bitrate. Looks fantastic in motion.

The Audio:
Nicely restored audio too. The French LPCM 2.0 mono (with optional English subtitles) is well-rounded with subtle ambience and excellent overall clarity. A few scenes that were presumably post-dubbed sound a little hollow, and the high end can be a little brittle, but considering its age, it sounds great overall.

Special Features:
Just one extra, but it's an excellent one. It's a feature-length French TV documentary from 1969 called In Search of Jean Grémillon (HD upscale, 1:36:09) that offers an overview of the filmmaker's entire career, from his start in silent shorts and documentaries up to The Love of a Woman. It also features interviews with many of his collaborators and friends.

Final Thoughts:
The Love of a Woman is a gorgeous little film. It offers a low-key portrait of life in a small seaside town, flavored with some Douglas Sirk-style melodrama. Arrow's reissue is dazzling, and hopefully their cachet among film fans will give this forgotten gem new life. Highly Recommended. 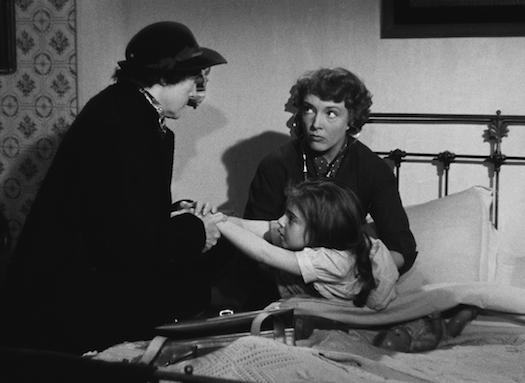