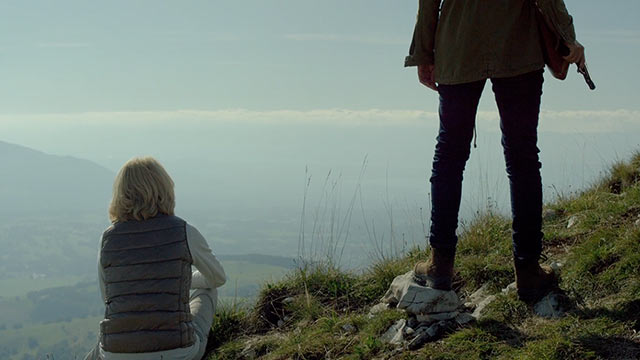 The understated French drama of the year is Moka, a revenge tale without the revenge. This is a style that we see every season, the quiet, heavy, high-character, low-action, French film that critics are supposed to eat up and convince audiences that they should like too. And sometimes it works, sometimes we relate to you that a foreign film of this genre is exactly that, weighty but wonderful. Moka, I'm afraid, doesn't fall into that category. It is dramatic, yes, it is familiar, which isn't always unwelcome, but it lacks the punch needed to make up for the slow speed of its story. Basically, this film is an average suspense flick that doesn't deliver a satisfying kick to the teeth, and so shouldn't illicit much mention going forward.

Diane has lost her son, and the grief of his death will shatter her entire world. He was struck during a hit-and-run and didn't survive long, leaving a sudden hollow space in the hearts of his family where the joy of his existence had once been. His mother cannot move on, his accident even resulting in the separation of her marriage and a stay in a facility. But time away didn't heal the wounds nor take away the pain, and all she can think about is what she no longer has, and what she wants to do to the person responsible. The police are no help, they haven't found any leads, but a private investigator rounds up a few suspects, and so Diane takes the case upon herself.

She begins looking for the mocha-colored car, a Mercedes or BMW, that killed her son, knowing that it can't hide from her for long. She lives in the resort area around Lake Geneva, a holiday locale in the Alps on the border between France and Switzerland, so the car must be from around the area and probably didn't go far. With the help of the detective, she locates multiple suspects and begins to stake them out, finding one likely candidate with a classic car that has recently had work done to its front end. As she starts to research the possible murderers, she finds herself entering their lives, even feigning a desire to buy the car in question. The line between her anger and her curiosity is blurred, as is the definition of right and wrong, and Diane gets too close to those she may wish to kill.

I've seen both Devos and Baye in other films, and their performances here were on par with what I've seen, but I'm not sure that's a great thing. Devos was rather boring in Violette, a biopic that I just couldn't get into. Baye was uniquely maternal in It's Only the End of the World, but that film was Xavier Dolan's weakest feature, and it failed to make an impact. Both actresses were fine here in Moka, but neither did enough to earn praise, neither stepped up to pick up the slack when the story began to drag, and for that I'm quite disappointed. Other than perhaps one scene together, and another with only Devos where rather than looking like she'd been crying it appeared that they simply poured water on her face for the same effect, nothing about this film resonated as impactful or worthwhile.

The locale was amazing and I instantly wanted to go there, but that wasn't the point, obviously, and that shouldn't be the only thing I take away from this story. It was supposed to be gripping, vengeful, powerful, but it was only pathetic. I felt bad for everyone involved, I felt the pain, but that wasn't enough to get me through 90 minutes. The film was short and sweet, but that only means there was less time to pack in the raw material, to force audiences to ride in that car alongside the characters, and that never happened. The genre and the style were respected here, but they were never elevated, and so the film fizzles rather than explodes, piques out curiosities rather than demanding that we rubberneck.

Video: With an aspect ratio of 2.40:1 Widescreen and shot using a Red Epic Dragon camera with Cooke S4 and Angenieux HR lenses, the video quality of the DVD was as unremarkable as the film itself. The location, as I have mentioned, was beautiful, and I'd like to go stay on Lake Geneva immediately, I just hope it's not too expensive. But that's about it, the setting trumped the cinematography.

Audio: The disc was done in French 5.1 Surround, with an option of 2.0 Stereo. English subtitles can be turned on or off in this menu. The audio quality of the film is forgettable at best, without a memorable soundtrack or backing track. It's also without noticeable flaws, so that's to its credit, but barely.

Extras: There are a few special features on the DVD if you want more, but there aren't many. A Bonus Short Film entitled Le Creneau can be viewed, starring Devos and running 13 minutes. There is an Interview With Director Frederic Mermoud, which lasts 20 minutes. There are six Film Movement Trailers: Amnesia, Glory, After the Storm, If You Don't I Will, Breathe, My King. And lastly, About Film Movement is a paragraph of text about the distributor. 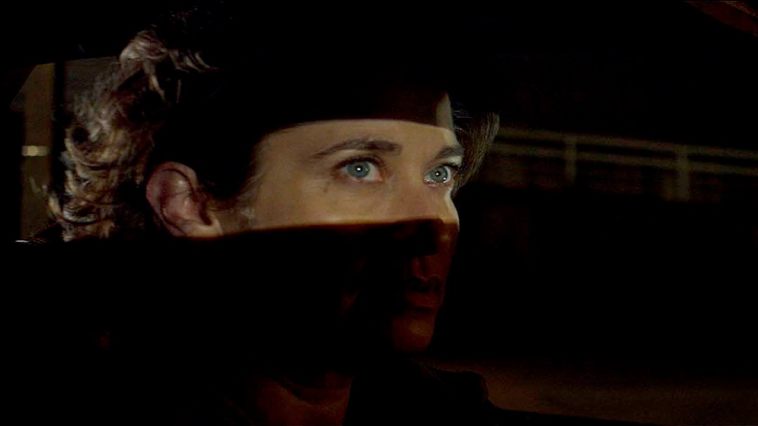 Recommended. 'Slow burn' is a term often used for films such as these, and often that applies, but I wouldn't agree to use it here. Some also thought that this film held a Hitchcockian atmosphere, but again, I don't think so. Rather, that seems to be what the director was shooting for, but not what he hit, instead failing to produce enough traction to slow audiences down before their eyes flew over the plot and their minds went someplace else. Moka is good but not great, an interesting revenge story with solid acting that wasn't pushed to any heights worth our respect. The video was fine, the audio was OK, and there are a few extras, so the technical aspects of the film reveal themselves to be as lackluster as the rest. If you already like these actresses or this director, if you happen to already love this genre, then feel free to dive in, I think you'll enjoy yourself. Otherwise, there are better options out there.