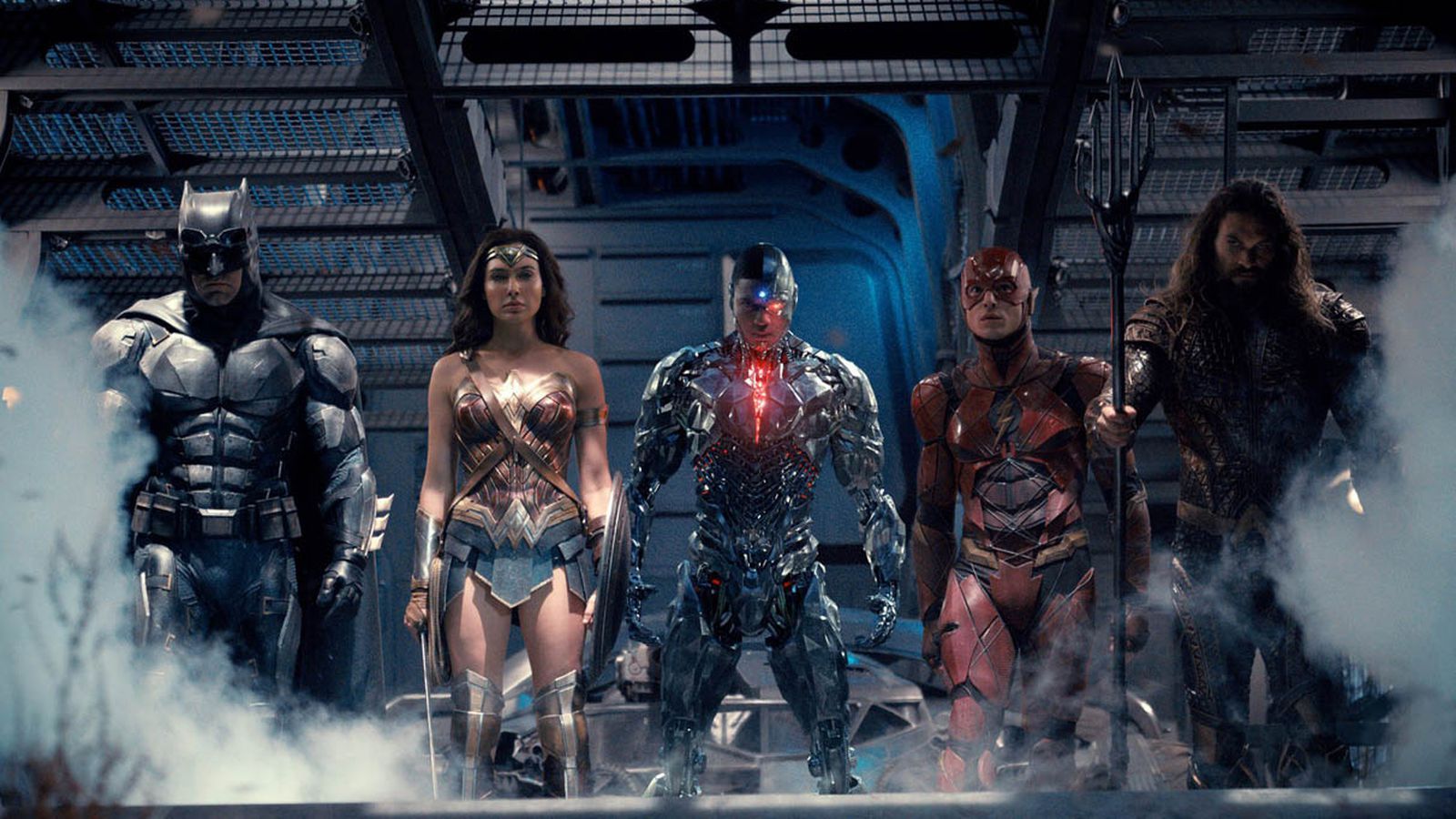 It has taken far too many films to get there, but Warner Bros./DC finally seems to have found the right formula for success. Building on both the good and the bad that has come before it, Justice League isn't quite a home run, but it manages to finally give us something to cheer for when it comes to the world's greatest superheroes - including one whom they finally get right after three attempts (I won't say any more than that here).

The movie begins not long after Batman v Superman left off. The world is without its Kryptonian hero, and things have gone from bad to worse. Martha Kent has the bank foreclosing on her farm, Lois Lane is writing fluff pieces because she has lost her drive for serious journalism, and Bruce Wayne is combing the globe looking for metahumans because he feels something dark is coming...and he's not wrong. With Superman gone, an evil alien named Steppenwolf has come to Earth with a legion of winged parademons. His mission: to find three hidden boxes, which are powerful energy sources that - when combined - will give him the power to lay ruin to the Earth...or something like that.

Honestly, the villain is the weakest part of Justice League and the next in a long line of superhero movie bad guys (Marvel films included) whose powers are more magical and mystical than your typical antagonist. The whole magical boxes thing - where one is being guarded by the Amazonians on the island where Wonder Woman comes from; one is being protected underwater by the Atlanteans where Aquaman resides; and one has been hidden by men - seems very much like a take on the magic rings in The Lord of the Rings trilogy, and I suppose not too dissimilar from Marvel's Infinity Stone storyline. It's a shame that our introduction to the Justice League had to accompany this villainous plot, but it's basically just an excuse to see our heroes in action with a baddie big enough that the entire team is needed to stop him.

The real fun in the film is seeing the interaction between League members. Ben Affleck's Batman has lightened up a bit this time, although he still can be pretty dour when called for, and Gal Gadot's Wonder Woman is every bit as charming as she was in her solo film earlier this year. As for the new kids on the block, Jason Momoa hits it out of the park as Aquaman - a hero who we don't get to see a whole lot of underwater, but who fights just as well on dry land. He's a combo of strength and smart-ass attitude that make him instantly likeable. Erza Miller is The Flash, and given that there's already a quite enjoyable TV version of the character, Miller does a fine job portraying Barry Allen. He's the kid of this group, unsure of himself at times and often in awe of his fellow League members. Finally, there's Ray Fisher's Cyborg, who is kind of the odd man out here, as he's the reluctant hero. He didn't ask for his machine form and he doesn't want it...he very much feels like the Frankenstein monster, but of course, he'll learn to come to terms with both himself and his own heroism by the time the end credits roll.

While all of the team listed above - and a few others - get plenty of their own screentime, this is really Batman/Bruce Wayne's movie, and Affleck is solid in the role. Of course, many of you are aware that Ben has asked Warner Bros. to gracefully allow him to hand in his cowl after possibly one more appearance as the character, and one really needs to question why. This is by far the best role Affleck's been handed in his career and he's doing a very good job playing The Dark Knight. Why on earth wouldn't he want to continue? Are things that toxic behind the scenes? One can only wonder.

As of this writing, Justice League was tracking below box office expectations, with an opening weekend lower than any of the other four movies that have been released in this new DC Universe series of titles. These numbers are almost certainly a result of fans feeling burnt by the prior releases, not to mention a pretty harsh reaction from at least half the critics who have reviewed this new film as well. That's a shame, because Justice League for all its faults (most of which aren't that major) is exactly the kind of film we've been waiting for from DC. This is the first movie (yes, even including Wonder Woman) that allows these characters to have a little fun. There's a joy here that has been missing and it would be a shame to lose it again in the movies yet to be made.

One final note: Up until now, DC hasn't had any post-credit scenes on their movies. This time there are two, and the second one is really good - so do yourself a favor and stay until the very end of the credits. You'll thank me.