Effect of Gamma Rays on Man-in-the-Moon Marigolds, The 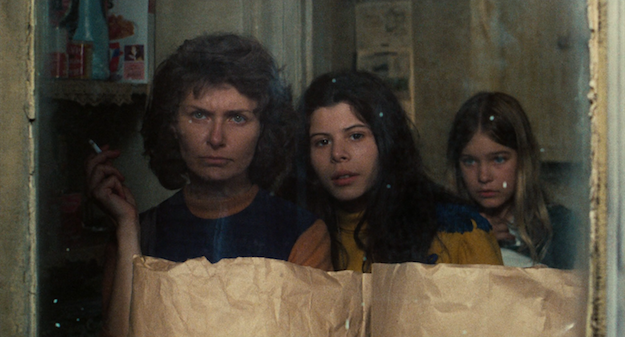 Although Joanne Woodward's performance as misanthropic single mom Beatrice Hunsdorfer in The Effect of Gamma Rays on Man-in-the-Moon Marigolds predates Gena Rowlands's indelible turn as Mabel Longhetti in A Woman Under the Influence by two years (the first film arrived in 1972; the latter, 1974), one wants to imagine them existing in the same moment. A moment full of sadness and pain for women who don't know how to fit into their society, which -- for Beatrice and Mabel -- leads to booze, acting out, and varying levels of madness.

It's either ironic or fitting -- I'm not sure which -- that both of these dark and dangerous performances appear in films directed by the lead's husband (John Cassavetes for Rowlands and Paul Newman for Woodward). Maybe the husband-directors really want to show off what their wives can do with their "instrument," maybe the presence of a spouse in the director's chair grants the actors permission to dig deeper emotionally, maybe the whole set-up turns the filmmaking process into therapy.

Whatever is going on, it works in these two cases.

The Effect of Gamma Rays... is adapted by Alvin Sargent (Paper Moon) from Paul Zindel's Pulitzer-winning play, and it sometimes stinks of the stage. Histrionic outbursts, a thin, meandering plot, and a central metaphor that is firmly geared toward the cheap seats in the back. But director Newman (following up his unfairly forgotten Ken Kesey adaptation Sometimes a Great Notion) makes much of it ring emotionally true.

It helps that Newman is working with actors he knows. In addition to Woodward in the lead, the couple's real-life daughter Nell Potts plays Beatrice's studious daughter Matilda, while Roberta Wallach, daughter of family friend Eli Wallach, plays Beatrice's more outgoing (but no less damaged) other daughter, Ruth. When Woodward, Potts, and Wallach appear onscreen, they feel like family. The script demands they be a distant, dysfunctional clan, but the connection is there nonetheless.

The Hunsdorfers live in a modest house that matriarch Beatrice has allowed to devolve into a hovel. She has big dreams of starting a business to draw her out of her rut but, since her deadbeat husband left the family and was later found dead in a Holiday Inn, all Beatrice can reasonably do is scrape by. She makes money by renting out a spare room to elderly occupants too out-of-it to complain. Judith Lowry (who later featured on TV's Phyllis) plays the most recent occupant: a silent, distant old biddy that Beatrice bitterly nicknames "Nanny Annie."

For their part, Beatrice's girls just try to steer clear of their mother's anger. Ruth is getting to the age where she's starting to rebel and get interested in boys, which often puts her in Mother's crosshairs. At one point, Ruth does a comic improvisation at school, where she near-perfectly reproduces one of her mother's outbursts. When news gets back to Beatrice of Ruth's skit, Beatrice bullies her daughter about it, leaving the young girl cowed and nervously picking at a doll. Matilda almost has it worse, just because she shows unexpected intelligence and ingenuity in the field of science. The pretty obvious subtext is that Beatrice is apprehensive that her daughter will outshine her, have the good life she never did, and leave Beatrice a laughingstock. So she subtly sabotages her.

Which brings us to the film's title, with its on-the-nose metaphor. Matilda is doing a science experiment in which marigold seeds are treated with varying levels of radiation before they are grown. Little radiation doesn't seem to do anything. A moderate amount of radiation leads to often beautiful and strange mutations. Too much, and the plant is dead.

Get it? The kids are the marigold seeds.

Again, to be fair, Newman doesn't overdo it. He lets Zindel's metaphor inform the piece, but keeps his focus on the characters' reality. As a showcase for actors, The Effect of Gamma Rays... is carefully layered and finely wrought.

The question arises whether or not one wants to actually spend time with these fully fleshed-out but fairly miserable characters. Returning to A Woman Under the Influence and Mabel Longhetti, that film and that performance can be emotionally draining. But there's an underlying warmth and humanity that redeems the darkness and ugliness of Cassavetes's film, and one that makes us sympathize with Rowlands's character. Woodward and Newman do not seem to be seeking sympathy for Beatrice, so it's not a strict apples-to-apples comparison. They offer us solitary moments with Beatrice, to see her honestly experience her pain, but too often we see her then fashion that pain into a weapon against those close to her. It's psychologically interesting, but the aftertaste is too bitter for this reviewer.

The Effects of Gamma Rays... gets a qualified recommendation for its acting and craftsmanship, but potential viewers should make sure to be in the mood for something bleak. 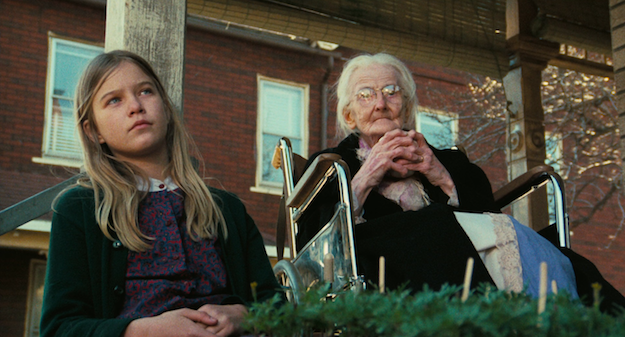 The Blu-ray
The Effect of Gamma Rays on Man-in-the-Moon comes in a limited edition of 3000 copies. The disc is packaged with a color booklet, featuring a liner note essay by Twilight Time's Julie Kirgo.

The Video:
Considering The Effects of Gamma Rays... was obscure enough that it never saw the light of day on legit R1 DVD, it's nice to report that this AVC-encoded 1080p 1.85:1 transfer is excellent. The cinematographer, Adam Holender, shot The Panic in Needle Park the year before this; the two films share a naturalistic grit that translates oddly well to HD. The images have an unpolished beauty, complimented by well-resolved film grain, and typically strong fine detail reproduction. Rich blacks and good shadow detail in darker shots. No dirt or damage.

The Audio:
Much like the picture, the DTS-HD 2.0 mono audio seems nicely cleaned up and digitally remastered. The dialogue is clean and clear, with effective ambience. Not a ton of music from Maurice Jarre, but it drifts in and underscores the melancholy tone of the flick. One subtitle option: English SDH.

- featuring some voice-over comments from Paul Newman about his feelings on the flick, much in the style of the Rachel, Rachel trailer.

Final Thoughts:
Director Paul Newman lets wife Joanne Woodward sink her teeth into a troubled, often unlikable, but utterly memorable character. Pardon my ignorance, but I haven't seen a ton of Joanne Woodward films. Even so, it's easy to tell that Woodward feels liberated in this role, able to be nastier and more unflinching than many of her earlier roles would presumably allow. The kids are great too, bouncing off her dark energy with believable intensity and sadness. As an acting showcase, this film is first-rate. Just keep in mind it's dreary as all get out. If that doesn't bug you, then this excellent digital remaster comes Recommended. 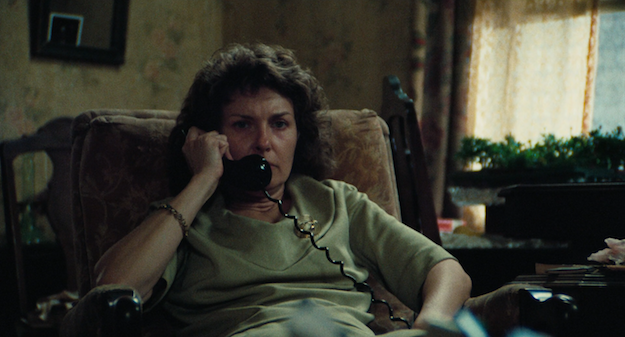