Paramount // Unrated // May 22, 2018
List Price: $45.98 [Buy now and save at Amazon]
Review by Stuart Galbraith IV | posted June 6, 2018 | E-mail the Author
After another excruciatingly long delay for Gunsmoke fans, CBS/Paramount has released in two volumes the long-running Western series' thirteenth of twenty seasons to DVD. Whether they'll ever get around to releasing the final seven is anyone's guess. Despite the best efforts by the big entertainment conglomerates to kill the Golden Goose, hard media dies hard, with collectors, libraries, and a surprisingly robust market in many foreign countries keeping it going, despite the popularity of streaming media. (Here in Japan, for instance, video rental stores are still commonplace. Gasp!)

That the DVD market would go into sharp decline neatly midway through Gunsmoke's run on the format is, very mildly, ironic. The better but less marketable black-and-white shows, particularly when Gunsmoke was a 30-minute program, were released first, while the later, full-color DVDs of the more familiar to TV viewers, have trickled out like water from a pump in the desert. While this reviewer much prefers the tauter, half-hour shows, there's no denying that these 13th season Gunsmokes sure look beautiful. The transfers are outstanding, and the production values are impressive for late-‘60s television drama.

This is especially true when one compares late-‘60s Gunsmoke to TV production methods today. A current show like Westworld costs $8-10 million per episode, with ten episodes per season. Gunsmoke in the late-1960s probably cost in the region of $175,000 an episode or less, and the 25-episode seasons made for a brutal production schedule. Once Gunsmoke shifted from a half-hour to an hour format, it became impossible to prominently feature star James Arness in every episode - he would have dropped dead from exhaustion.

Further, Gunsmoke proved it was still more than capable of producing some of the best Western drama on television. Though erratic, several thirteenth season episodes rank among the series' best. 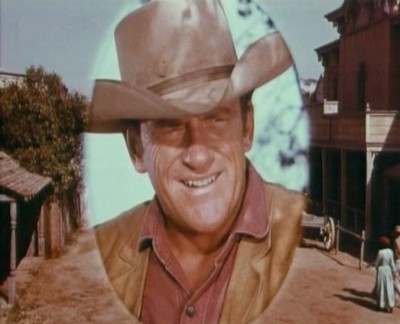 The switch to the hour format initially hurt Gunsmoke with half-hour plots at times shamelessly padded to an hour's length. By Season 13 this has generally improved, though still quite often scenes seem awfully padded, and the pacing has slowed from its early years. Basically, the superior half-hour shows tended to present Matt (or other leads) some sort of moral dilemma, with scripts built around a single, confined problem or incident, such as how to take a gunslinger alive when he's holed up in a barn with a hostage, or Matt coming to terms with having to shoot an old friend. Many of these shows were rich character pieces with little in the way of a conventional plotting.

Conversely, the hour Gunsmokes are more plot-driven around guest characters rather than character vignettes and intriguing little think pieces. Fortunately, these plots and stories are usually pretty compelling, and the seasoned cast always does an excellent job selling the material.

Additionally, the hour Gunsmokes have the advantage of more realistically presenting Dodge as a thriving frontier town where even (mostly) background characters like Sam the bartender (Glenn Strange) are familiar, like old friends.

Watching Gunsmoke in color is alternately thrilling and odd. Although the show continued shooting extensively on location and, occasionally, Western backlot streets, it also relied heavily on the huge exterior-interior set of Dodge City's main street, built on a soundstage at CBS Studio Center, in the Valley just north of Hollywood. This expansive set, with its forced perspective and painted sky backdrops, fared reasonably well in the black-and-white shows but often looks singularly unreal in color. Even when the show was still in first-run it seemed terribly "fake" to my then-child eyes. TV sets of the day tended to greatly overscan the broadcasted image, but on DVD occasionally the overhead studio lights or lip of the cyclorama are sometimes briefly glimpsed. On the other hand, sometimes the photography and direction are so good that the indoor set is occasionally very convincing, especially for nighttime scenes. (Daytime scenes are spoiled somewhat by a "sun" casting multiple shadows, very obvious whenever someone rides into town.)

One last point about the switch to color. One friend of mind generally likes Gunsmoke's early seasons but can't stand the later, color shows for one very specific reason: Amada Blake's Miss Kitty. While Arness, Milburn Stone, and Ken Curtis aged hardly at all through the years, actress Blake, a heavy smoker, seemed to age dramatically overnight. Her once alluring, husky voice became a Bea Arthur-like croak, and somehow she went from the sexy saloon gal of the ‘50s show to a broken-down tart later on.

Many years later I caught Blake appearing on an episode of The Mike Douglas Show shortly after she quit Gunsmoke, the year before it went off the air, and the actress, then in her mid-40s, looked her age and, well, normal. Though her heavy smoking no doubt contributed to the premature decline of her looks, watching that interview it became clear that part of Blake's less-than-appetizing appearance in later Gunsmokes is partly the fault of her hair and makeup (trying to be period and contemporary at once) and her garish costumes, partly designed to help sell color television sets.

Now in color, Gunsmoke looks great on DVD. The episodes themselves look wonderful, with rich color and excellent detail. The Dolby Digital mono (English only) is clean and clear, and the shows include optional English SDH subtitles. The packaging allows viewers to read the episode descriptions inside the snap case.