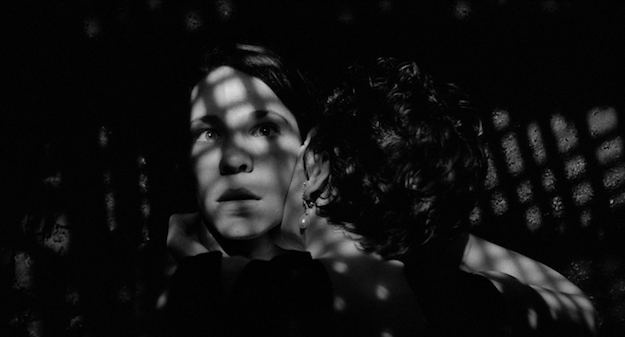 The 1995 indie vampire flick The Addiction has the opposite problem of most unsuccessful or (as is the case here) semi-successful horror movies. Most horror movies are sunk by things like bad acting, cheap production values, lack of ambition, and most crucially, a lack of scares. Meanwhile, The Addiction has fantastic performances, striking black-and-white cinematography, thematic ambition up the ying-yang, and some genuine shocking moments. The problem is: the story isn't much, and the film takes that story and its attendant thematic ideas so very seriously that the whole thing becomes unintentionally silly.

Director Abel Ferrara and writer Nicholas St. John (Ms. 45) turn vampirism into an unsubtle metaphor for not only drug addiction (that part's in the title, after all), but for the predatory, exploitative nature of humans. Lili Taylor stars as a doctoral philosophy student with a focus upon atrocity. (The first image in the film is a photo of bombed-out corpses from the Vietnam War. If you're wondering if the film will also offer up any grotesque Auschwitz photos, wonder no further.)

Taylor's character, Kathleen Conklin, ponders the nature of good and evil all day but never truly understands it until evil smacks her in the face. Literally. Annabella Sciorra plays an upscale vampire named Casanova who roughs up Kathleen, drags her into an alley, and then demands that Kathleen order her to go away. Instead, Kathleen begs, so Casanova gives her the ol' vampire hickey, and before you can say "garlic knots," Kathleen is prowling Greenwich Village to satiate her hunger.

This is all well and good, except that St. John's script and Ferrara's direction refuse to allow room for subtext. With her first victim, Kathleen removes the blood with a syringe and then shoots it into her own vein; within seconds, her eyes roll back in ecstatic junkie bliss. You see, it's like heroin. Do you see? It's as literal as possible. Are you picking up on this? Elsewhere, Kathleen's transformation from someone who witnesses atrocities to someone who commits them is narrated beat-by-beat by Kathleen, complete with an unending stream of quotes from philosophers.

One imagines if they were confronted with this vampire, they might be tempted to shout, "Just kill me already. I don't care how Nietzsche enters into this."

But just like Kathleen's victims, we can't stop watching. As I said, the acting is really good here. Lili Taylor has always been one of the most interesting actresses of the '90s indie flick boom, and her earthy, off-kilter energy folds perfectly into Ferrara's funky downtown-New-York vision of the world. Christopher Walken, who essentially became part of Ferrara's repertory company after King of New York, plays a more experienced vampire who turns the tables on Kathleen when she tries to attack him in the street. He gets just one long-ish scene, but he steals the movie with his blend of humor, paternal concern, and detached menace (yeah, he basically plays himself again).

The Addiction will certainly not suit all tastes. With its lack of overt eroticism or exoticism, it seems poised to satisfy arthouse aficionados more than genre fans. For instance, if you saw a bunch of '90s flicks out of New York (or, sure, The Sopranos), you might get a charge out of seeing folks like Edie Falco, Michael Imperioli, Paul Calderon, and Fredro Starr of the rap group Onyx in supporting roles as Kathleen's friends and/or potential victims. If images of New York's "bad old days" don't bring you any sort of fascination or nostalgia, then you might be okay just giving this one a miss. 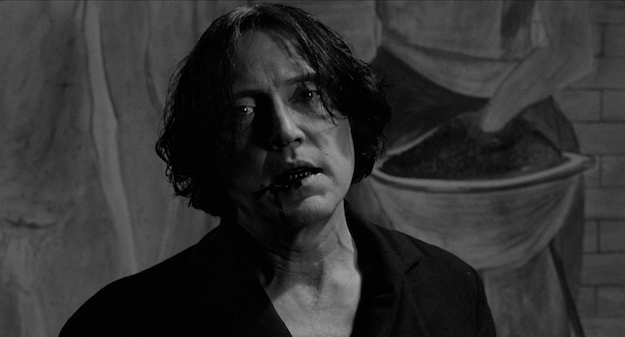 The Blu-ray
The Addiction comes with a reversible sleeve, featuring new art by Peter Strain. The first pressing contains a booklet with notes by Michael Ewins.

The Video:
Sourced from a 4K scan, this AVC-encoded 1080p 1.85:1 transfer is exquisite. Inky blacks, but a nicely nuanced range of contrast in the higher-key scenes. Crisp compositions and sharp detail. A generous bitrate guarantees no compression issues.

The Audio:
A nice clean transfer of the audio, both in DTS-HD MA 5.1 surround and LPCM 2.0 stereo mixes. The surround mix is naturally a bit more atmospheric, but both are effective. No complaints. One subtitle option: English SDH.

- Ferrara comes off as a streetwise curmudgeon, often just BS-ing about the movie as it plays or fumbling for forgotten details. Stevens tries to offer relevant questions to guide the conversation, but Ferrara often shrugs him off. It's entertaining to listen to, but not very focused.


Final Thoughts:
The Addiction is well-acted, strikingly photographed, and cleverly executed. Still, it is hobbled by pretentiousness. Fans of Abel Ferrara's work already know the director's idiosyncratic ways and should be over the moon with this souped-up Blu-ray presentation. That's a fairly particular niche though, so for most viewers, I say Rent It first. 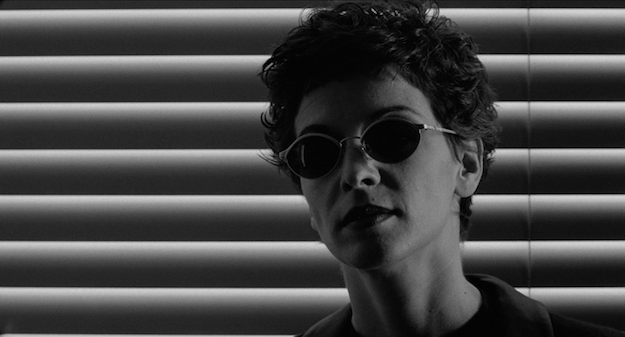