Woman Is The Future Of Man / Tale Of Cinema: Two Films By Hong Sangsoo 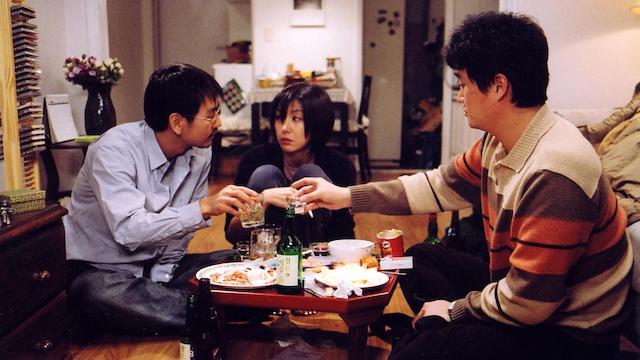 NOTE: The images accompanying this article are promotional stills found online and do not represent the quality of the Blu-ray under review.

The South Korean New Wave, which started in the late '90s and began trickling onto US arthouse screens in the mid-'00s, is possibly the most diverse selection of films to be tagged with the "New Wave" moniker. The gonzo genre flicks, like Park Chan-wook's Vengeance Trilogy and Bong Joon-ho's The Host, have probably lingered longest in the brains of American fanboys and fangirls, but this era of filmmaking also gave birth to Hollywood-style blockbusters like Park's earlier Joint Security Area and Kang Je-gyu's Shiri. And then, trying to compete for the same American arthouse screens and viewers' attentions, there are quiet films by niche auteurs, like Hong Sang-soo.

The two Hong films presented in Arrow Academy's new Blu-ray release (his fifth and sixth features) are clearly influenced by French filmmakers like Robert Bresson and Eric Rohmer, and are clearly better suited for viewers who like to see human relationships dissected rather than an Achilles' tendon.

The first, Woman Is the Future of Man (2004), tracks the tumultuous reunion of two old school friends and the woman they both loved. Hyeon-gon (Kim Tae-woo) went to the US to attend film school, while Mun-ho (Yoo Ji-tae) became a university art teacher. Both men are emotionally arrested (in what might be interpreted as self-deprecation by Hong, since he is both an American-trained filmmaker and a university professor), and their rapport is awkward and standoffish. Hyeon-gon suggests they track down Seon-hwa (Sung Hyun-ah) the girlfriend he left behind when he went to the States, not realizing that Mun-ho had a brief relationship with her in the intervening years.

Hong mostly lets his story unfold in long takes, watching his characters re-connect and disconnect over plates of cheap food and bottles of cheaper liquor. As critic Tony Rayns suggests in his supplemental interview on this disc, the alcoholic beverage soju acts as a kind of truth serum in Hong's films, allowing uncomfortable feelings and attitudes to rise to the surface here among our three leads. Hong also interjects flashbacks throughout the film to provide us a glimpse of the characters' unfinished business. As fitting Hong's unadorned style, these shifts in time come with no warning -- only the appearance of different haircuts and conspicuous Izod T-shirts give us a sense that we have returned to the characters' student days.

The film ends on a tangential vignette, with Mun-ho having abandoned his friends to have drinks with some of his students. He flirts with the girls like a dirty old man, and gets into a violent argument with one of the boys when he gets called out for his behavior. It's a somewhat amusing, but quietly bleak, look at the character's future. The title makes sense then: "Woman is the future of man" because men will be spending too much time trying to recapture the past. 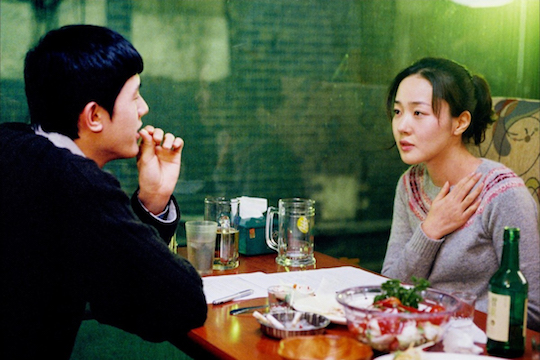 The second film in the set, Tale of Cinema (2005), has a slightly tricky structure that has inspired some other reviewers I've read to take a mum's-the-word approach toward its plot, in hopes of not angering readers who hate spoilers. Here's the thing, I don't consider describing what Hong does in this film as being a spoiler. If anything, Hong sets up what to expect in his title. Nonetheless, if you're sensitive to any kind of spoilers and don't want some crass reviewer wrecking your good time at the movies, skip the next paragraph.

Tale of Cinema starts off with the story of star-crossed young love. Sang-won (Lee Ki-woo) runs into Young-shil (Uhm Ji-won), a girl on whom he had a crush when she was dating a friend of his a few years ago. After a night of heavy drinking and a few failed hook-ups (Hong is unsparing and hilarious when it comes to exposing the sexual foibles of his men), Sang-won and Young-shil reveal they both are depressed and want to die. They plan to OD on sleeping pills together, but their suicide pact does not go perfectly to plan. Unexpectedly (here comes the potential spoiler), this story seems to wrap up after around 35 minutes -- because it is in fact a film within the film, being watched by a different main character: failed director Dong-soo (Memories of Murder's Kim Sang-kyung). Dong-soo was classmates with the maker of the film we just saw, a better-liked man who is suffering from a terminal illness in the hospital. At the screening, Dong-soo sees the actress from the film, also named Young-shil, in the audience and decides to pursue her. His pursuit inevitably has some familiar echoes and, alternatively, some ironic retorts, to the events we saw unfold in the opening short film.

Again, Hong's male characters have a quality of arrested emotional development. Sang-won is very like Mun-ho from the previous film, in that they are both sensitive in a way, but they spend so much effort protecting their own feelings that they accidentally trample on the emotions of the women who want to be with them. Dong-soo is so in his own head and unreceptive to the social cues of others that he might be on the autism spectrum. Uhm Ji-won's performance is made more interesting by the way that Hong has her play against these two similar characters but with completely different intentions. Certain situations end up playing out in familiar ways, but Uhm's carefully calibrated performance insures that viewers take away a fresh perspective.

Taken in total, this double feature is a triumph of intimate, stylized, emotionally untidy storytelling. 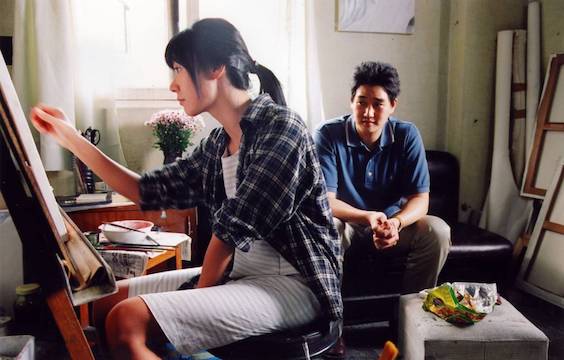 The Blu-ray
Two Films by Hong Sangsoo comes with reversible cover art (the newly selected design by Scott Saslow is more preferable to the original generic poster lineups, in my estimation) and the first pressing comes with a booklet including an essay by Michael Sicinski. The disc is compatible with both Regions A & B.

The Video:
Both flicks are featured in AVC-encoded 1080p 1.85:1 transfers which serve the clean, minimal look of each film well. It's not quite as a jaw-dropping as many Arrow releases, which may partly boil down to the shooting style, but is certainly owed to the lower-than-normal bitrate utilized presumably to stick both flicks on one disc. No major dirt or damage. Certain shots in the second film look a little soft and dupey, but presumably this is a photochemical issue and not the fault of the encode.

The Audio:
Both films are presented with Korean DTS-HD MA 2.0 stereo and Korean DTS-HD MA 5.1 surround audio options (with optional English subtitles). The disc defaults to stereo, and for good reason. These are essentially talky films, with sporadic ambience and music. Those elements do get a little more play in the surround mix, but it's a lateral choice rather than a stark improvement. The more focused stereo mix suited my taste much better.

(2:32) - Like the making-of and interviews below, this was ported over from the DVD release. Scorsese talks about the exciting filmmaking coming out of South Korea in the early '00s, as well as offering his impressions of the film we're about to watch.

Final Thoughts:
Two works of measured minimalism that take an unsparing look at childish men and the women they (think they) love. Highly Recommended. 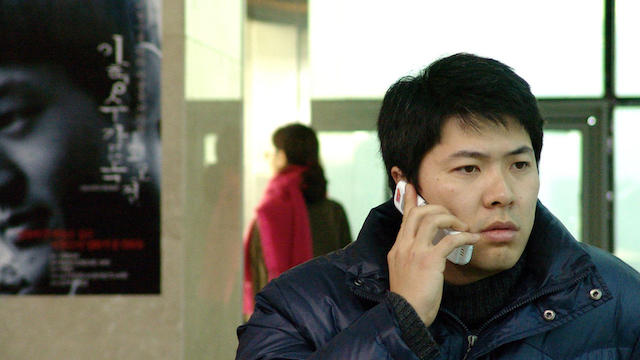