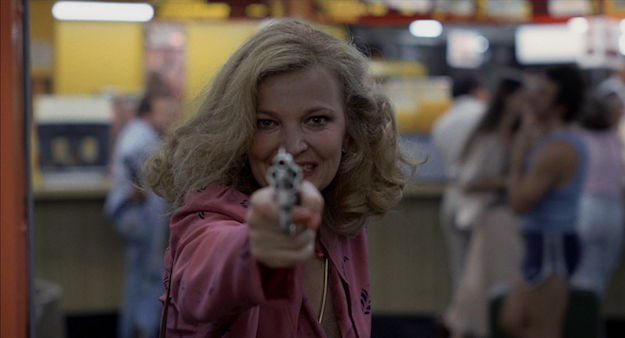 Released in 1980, Gloria is an unexpected entry in the filmography of writer-director John Cassavetes. One of the most idiosyncratic voices in American independent filmmaking, Cassavetes was known to act in Hollywood product to help bankroll his passion projects. The script for Gloria, with its genre trappings and relatively straightforward storytelling, was similarly written as a potboiler to help keep the lights on; Cassavetes never intended to direct it himself. But once the studio offered the lead role to Gena Rowlands, Cassavetes's wife and longtime collaborator, she brought John in as a package deal.

Like a less flashy version of Luc Besson's later flick, Léon, Gloria begins with a New York family (less one) getting wiped out by gangsters. Mob accountant Jack Dawn (Buck Henry) has been keeping tidbits of damaging info in a small book, which he's been using to rat to the feds. Before the mob comes to enact their revenge, Jack puts the book in the care of his young son Phil (John Adames), who is foisted upon the Dawns' neighbor, Gloria Swenson (Rowlands). Gloria doesn't like kids -- and, what's worse, she's a long-time associate of the gangsters who perform the hit on the Dawns.

The film quickly develops into a chase across New York City, with Gloria and Phil fleeing from the Bronx to Manhattan to Queens, and eventually even to New Jersey. Along the way, they are thrown into a half-dozen confrontations with different gangsters. Sometimes, Gloria is able to outsmart them, but often she has to shoot her way out of these situations to save the kid. At first glance, Rowlands seems too well-kept to handle a pistol, but she unleashes her streetwise side in a flash. No hesitation.

As DVD Savant says in his review of the film's DVD release, Rowlands seizes the opportunity to "play James Cagney." Once she gets the better of these underworld thugs, she doesn't hesitate to rub their noses in it. A signature moment from the film depicts Rowlands taunting some thwarted bad guys, as she backs up toward a taxi, gun blithely held in her hands: "I'd love it. Come on. Oh, I'd love it!"

Cassavetes may have spent most of his career examining the messy nuances of human relationships, but Gloria reveals he had the skill to construct and execute a pulse-quickening action scene like a genre master. Cassavetes and his cinematographer, Fred Schuler (who previously worked as a camera op for Sidney Lumet and Woody Allen), create a visual style that's slicker than anything Cassavetes had done before, without sacrificing the grungy flavor of post-fiscal-crisis New York.

Less flat-out successful is the central relationship between Gloria and Phil. While the clear intention is to portray the blossoming maternal side of a character who never wanted to be a mother, Cassavetes's script makes both characters frequently seem too fickle. Both characters abandon each other, then re-commit to being together at the drop of a hat. Phil goes from telling Gloria, "You aren't my mother. My mother's beautiful!," in one scene, to flirting with her (in an awkward, cute, little-kid way) a scene or two later. Adames is also not the best kid actor you've ever seen (he's not the worst either, Razzie nomination for this role notwithstanding). His reactions to Rowlands sometimes feel stiff or coached: inorganic. On the other hand, when she manages to genuinely surprise him, his smiles and laughter are the kind of pure human moments that Cassavetes fans are so desperately seeking.

I remember watching this film years ago and finding it awfully draggy. Kind of a chore, honestly. (I don't remember the Sidney Lumet-Sharon Stone 1999 remake being much of an improvement either.) This time, the movie just flew by. I think it's because I was just so delighted to watch Gena Rowlands do her thing. As I said, the plot isn't bad, and the action is quite good, but really it's Gena. She's the show. If we're to assume that Gloria is a character who has been underestimated for most of her life, then Gena makes sure to be so sharp and so tough that no one ever makes that same mistake again. 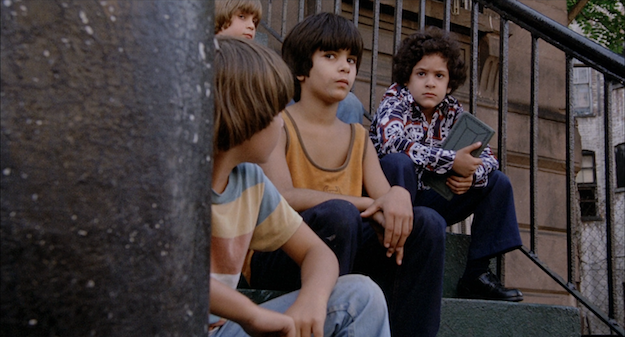 The Blu-ray
Gloria comes in a limited edition of 3000 copies. The disc is packaged with a booklet featuring a liner note essay by Twilight Time's Julie Kirgo.

The Video:
Once again, Sony provides a first-rate master to Twilight Time. The AVC-encoded 1080p 1.85:1 presentation is sharp and clean, without sacrificing the gritty New York ambience of Fred Schuler's cinematography. Much more depth and much more subtlety to the contrast than the 2003 DVD.

The Audio:
No damage or noticeable flaws from the DTS-HD MA 2.0 mono audio. To my taste, Bill Conti's musical score is too heavy-handed. I hope he's going for a pastiche of overblown, operatic, melodramatic scores, but I expect he's doing this with a straight face. It never tramples all over the dialogue or effects, but it's a bit much. One subtitle option: English SDH.

Gloria is a pleasure to revisit, maybe even better than it is to sit through it the first time. Rowland's performance is a spunky homage to the old Warner Brothers gangster classics, while husband-director Cassavetes proves that he has the chops to mount a credible and action-packed chase film. It's not without its flaws, but this offbeat potboiler comes easily Recommended. 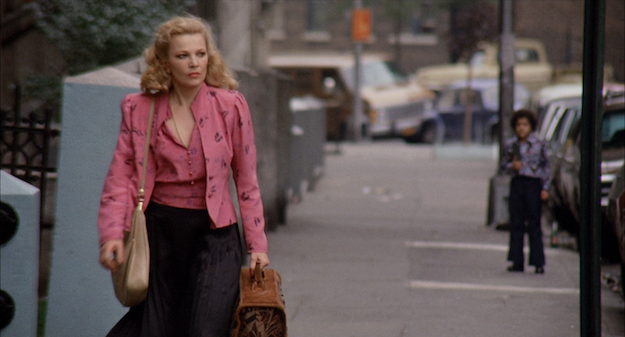