Tales From the Hood 2 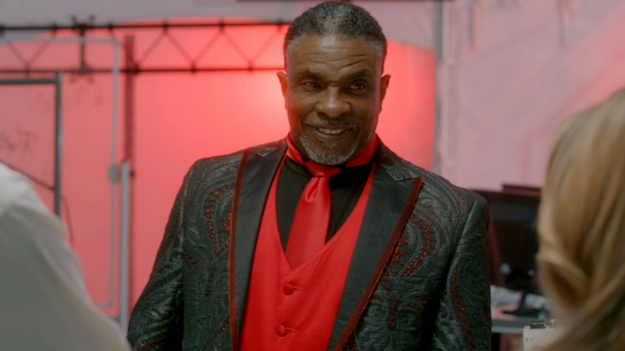 It's been 23 years since the horror anthology Tales from the Hood hit theaters on its way to becoming a cult favorite. Now, writers Rusty Cundieff (Fear of a Black Hat) and Darin Scott (Dark House) have re-teamed with executive producer Spike Lee for a woke-era sequel, Tales from the Hood 2. (Cundieff directed the original film, but he and Scott have divvied up segment directing duties between them for the sequel.)

Horror anthologies are like Rorshach tests, so the final decision on which segments work and which ones work best rests in the eye of the beholder. To this viewer, the first film was pretty scattershot and heavy-handed, and this second go-round is even moreso. It doesn't help that this belated sequel was presumably made cheaper, and looks it.

Keith David is a more than game replacement for Clarence Williams III in the role of Simms (essentially this anthology's Cryptkeeper), but the film takes him out of his spooky funeral home and relocates him to a overly bright airplane hangar to spin his yarns. In a conceit that requires a whole boatload of disbelief suspension, Simms is called in to tell tales to an artificially-intelligent robo-cop, so it will better understand how to police the hood. Or something. Mostly, this wrap-around exists to build up hatred toward the weapons manufacturer who is the cyborg cop's creator: a strutting, racist, sexist old white man with the improbable name of Dumass Beach. Will this whole thing lead to a magnificent backfire of Beach's plan for his "RoboPatriot?" As surely as the filmmakers will have Keith David reprise Simms's beloved rants from the first film about "the shiiiit."

Rusty Cundieff arguably takes bigger thematic swings in the two segments he directs, although with wildly different tonal approaches and with wildly different outcomes. His opening story is probably the broadest and silliest in a film that doesn't shy away from laying it on thick. An oblivious young white woman sees a golliwog doll in the Museum of Negrosity, a roadside collection of racist memorabilia, and decides she absolutely must have it for nostalgia's sake. She coerces her friends into breaking in and stealing the doll with her, not realizing the doll is not the innocuous plaything she presumes it to be. This segment would be more effective if its thin plot and cartoonish characters didn't cause it to resemble little more than a twisted after-school special (which, granted, is pretty much the Twilight Zone/Tales from the Crypt template boiled down to its essence).

Cundieff's closing segment confronts similar concerns, about the ramifications of forgetting the past and its meaning, but the approach is much more dramatic and the effect is unexpectedly devastating. A young black politician in Mississippi looks to make his way in the local Republican party by supporting an explicitly MAGA-style racist candidate for governor. His decision inspires the spirit of civil rights martyr Emmett Till to have a Last Temptation of Christ moment. If the politician is going to ignore the sacrifice that has been made to allow him basic rights in his society, then Emmett decides to take his sacrifice back. It's a chilling concept, and one that is executed with surprising emotional heft. It almost begs the question what the hell this story is doing mixed up with all this goofy horror.

Darin Scott's two middle segments certainly don't strive to be more than satisfying revenge tales in the EC Comics mold. In his first segment, some clueless gangsters enlist the help of a sham TV psychic to find out where a dead pimp hid some loot. Unwittingly, the TV psychic becomes a vessel for all the dead folks that the gangsters wronged, and some enjoyable mayhem ensues. In Scott's second segment, some predatory young males hope to turn a double Tinder date into a roofie-induced amateur porn. Much to their dismay, these women aren't the dumb bimbos they suspected, and -- you guessed it -- some enjoyable mayhem ensues. Scott's segments feel less driven by topicality (#MeToo allusions in the Tinder date story aside) and focus more on delivering the genre goods, and the end result is... uh, fine.

In fact, the whole movie is... uh, fine. Not particularly essential, but not a misbegotten piece of straight-to-video trash either. So, to fans of this kind of horror anthology: I expect you'll find something to like here (even if it's just the final story). Other folks can probably just dig up an old Vault of Horror comics collection and call it a day. 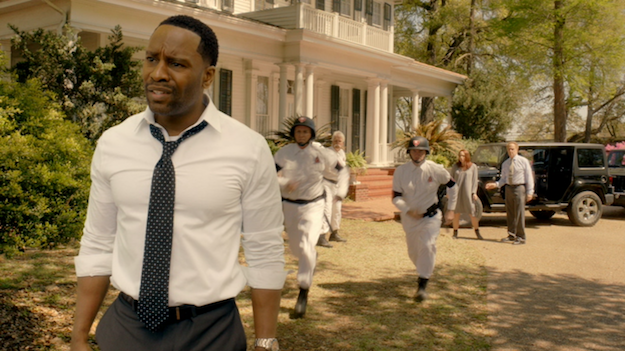 The Blu-ray
Tales from the Hood 2 comes in a combo pack, including Blu-ray and DVD, plus a Digital HD code for Movies Anywhere.

The Video:
Solid but not wildly impressive. Color and contrast are good, and no compression complaints with this AVC-encoded 1080p 1.78:1 presentation, but the film itself has a blandly professional look that causes it to resemble a low-budget cable procedural.

The Audio:
Similarly, the English DTS-HD MA 5.1 surround is solidly professional without making too much of an impression one way or another. No noticeable damage or flaws. There are two dub options: Spanish DTS 5.1 surround and German DTS 5.1 surround. There are the following subtitle options: English SDH, Cantonese, Complex Mandarin, Dutch, French, German, Greek, Spanish. (The DVD only includes English and Spanish Dolby 5.1 audio, and English SDH, Cantonese, Complex Mandarin, French, and Spanish subtitles.)

Final Thoughts:
Tales from the Hood 2 mixes topicality into the old horror morality tale format. Like most anthology films, it's hit-and-miss, but the final story is strong enough (and the price tag is cheap enough) that this one comes mildly Recommended. 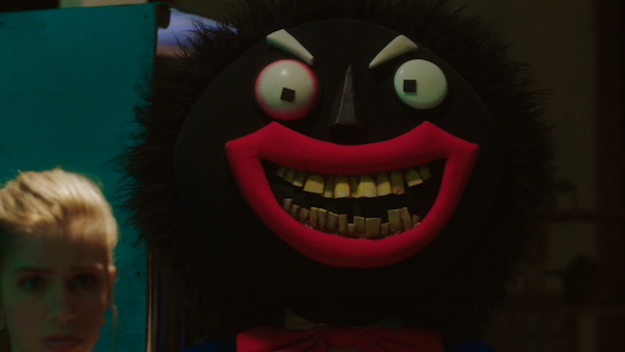